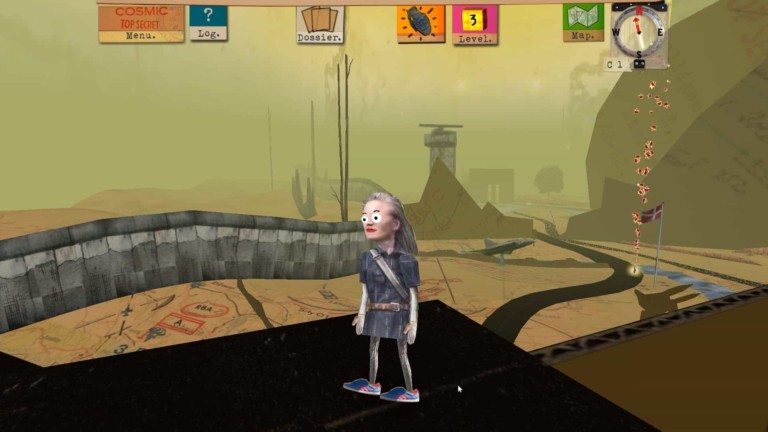 A lot of indie games, especially those drawing on real life, feel a bit like avant-garde short stories or films. Cosmic Top Secret is more like a long-form journalistic piece with autobiographical elements – the kind of thing you’d read in The New Yorker. 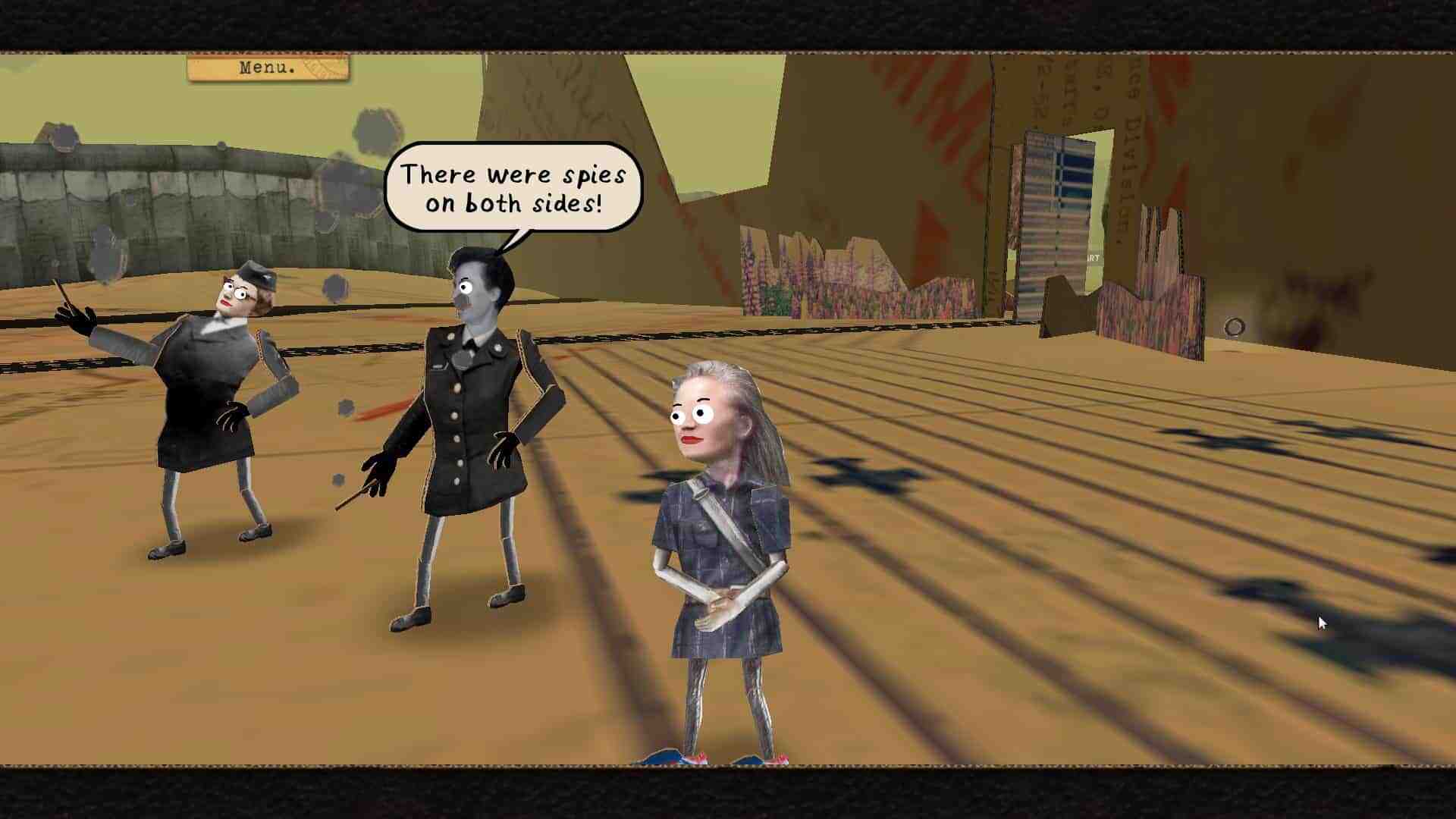 Created by Trine Laier, it’s based on her discoveries about her parents’ espionage work during the Cold War, and the journalism comparison isn’t accidental. Laier includes interviews and footage from her family, along with historical documents.

There’s enough Cold War espionage history here that she had to get clearance from Danish Intelligence to even release the game; the title, “Cosmic Top Secret,” is an actual top level security clearance, despite its science fiction sound. 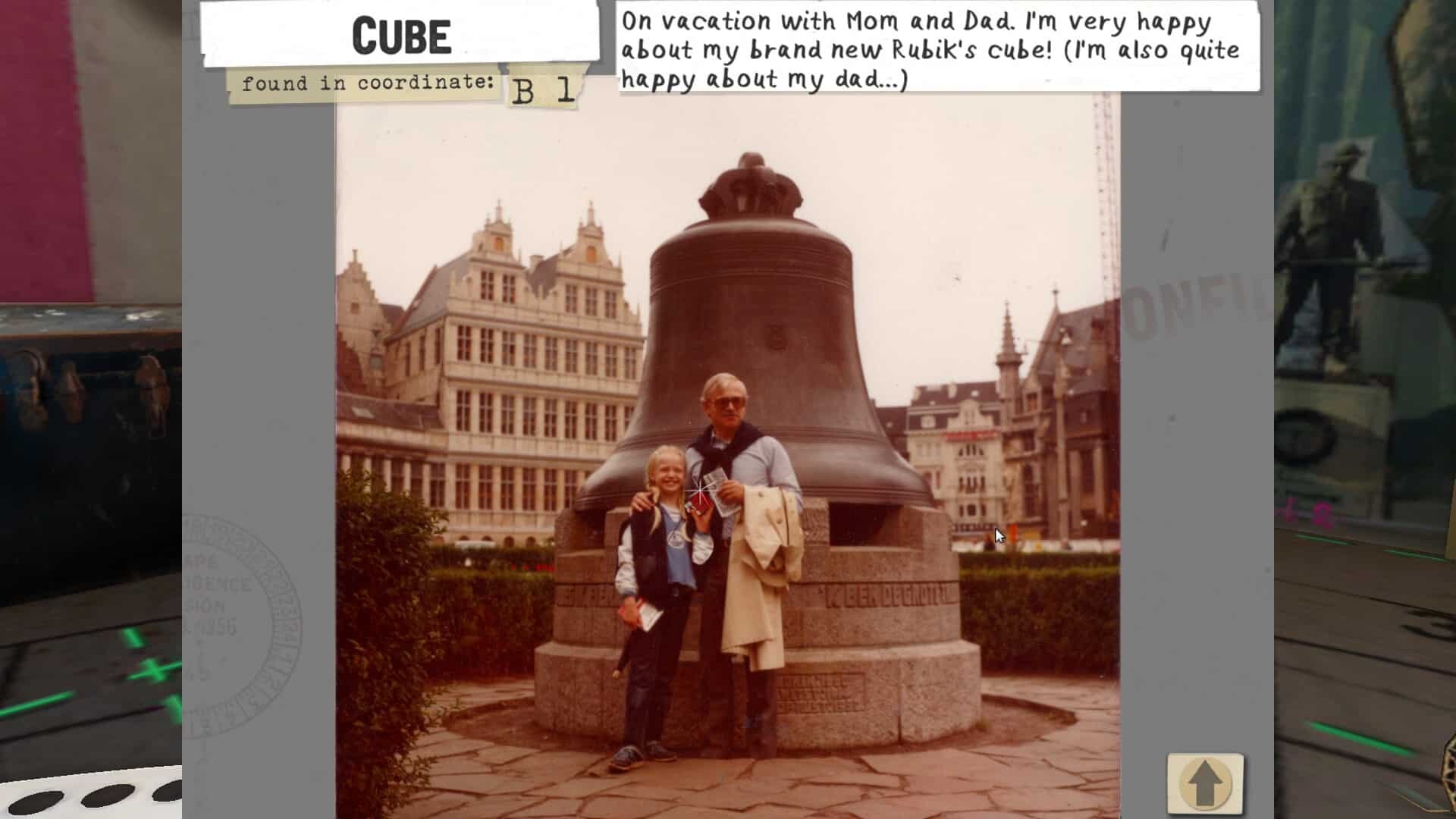 Cardboard Characters, but Not Flat Ones

The autobiographical elements are as compelling as the historical ones. I love reading about espionage, but Laier’s more personal touches, like going on orienteering runs with her aging father while also worrying about his health, or learning about the man her mother had been married to before meeting her father, give Cosmic Top Secret a human touch.

Add real home movies, family photos and plenty of recorded interviews and conversations with her parents (helpfully subtitled for those of us who don’t speak Danish), and after playing for a few hours, the Laiers start to feel like family friends.

Who among us hasn’t felt surprise at some snippet of information about our family members when they were young? Most of us don’t have parents who worked in Danish Intelligence, but the way Laier shares her discoveries feels universal. 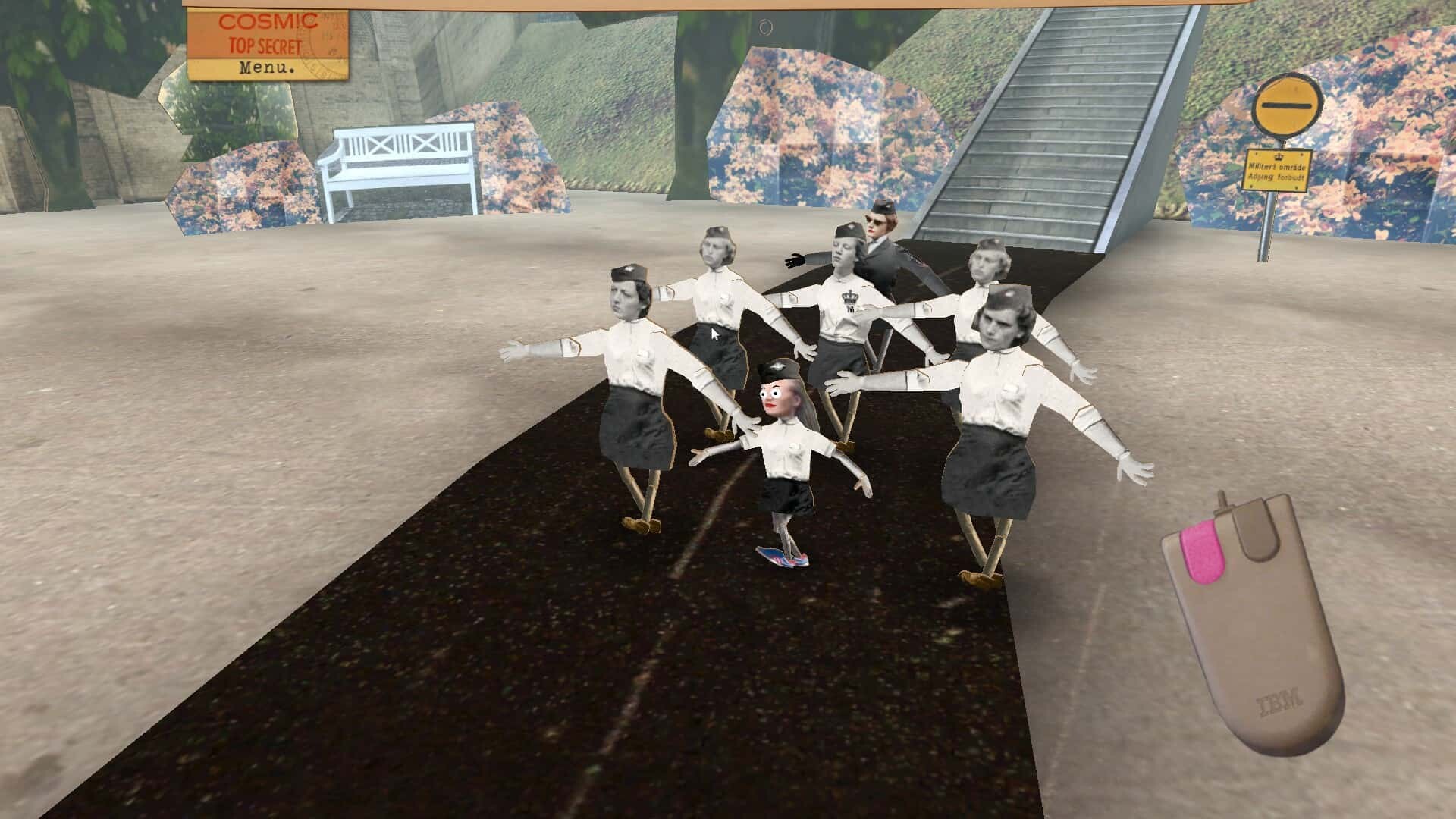 Welcome to the Dollhouse

While Laier could have told her story in a more conventional format – a short film or a long essay – Cosmic Top Secret is put together in a way that takes advantage of both its medium and its aesthetic. Built out of paper – or rather corrugated cardboard – it’s full of 2D objects interacting in a 3D environment.

Visually, it’s a bit unsettling; the human figures are like paper dolls with actual photos glued to them and MS Paint-style googly eyes, and the overall aesthetic is a cross between quasi-Victorian whimsy and photocopied ’80s punk ‘zine, but once I got used to the look, all I could do was marvel at all the possibilities it opens in terms of using magical realism to tell a true story from recent history.

Laiser cleverly uses physical objects to represent story elements. Paths through the environment are represented by punched paper tape, as used by the very first Danish computer, in one recurring visual motif. In another, Trine falls apart emotionally – and the player has to put her back together by reassembling her paper doll parts. 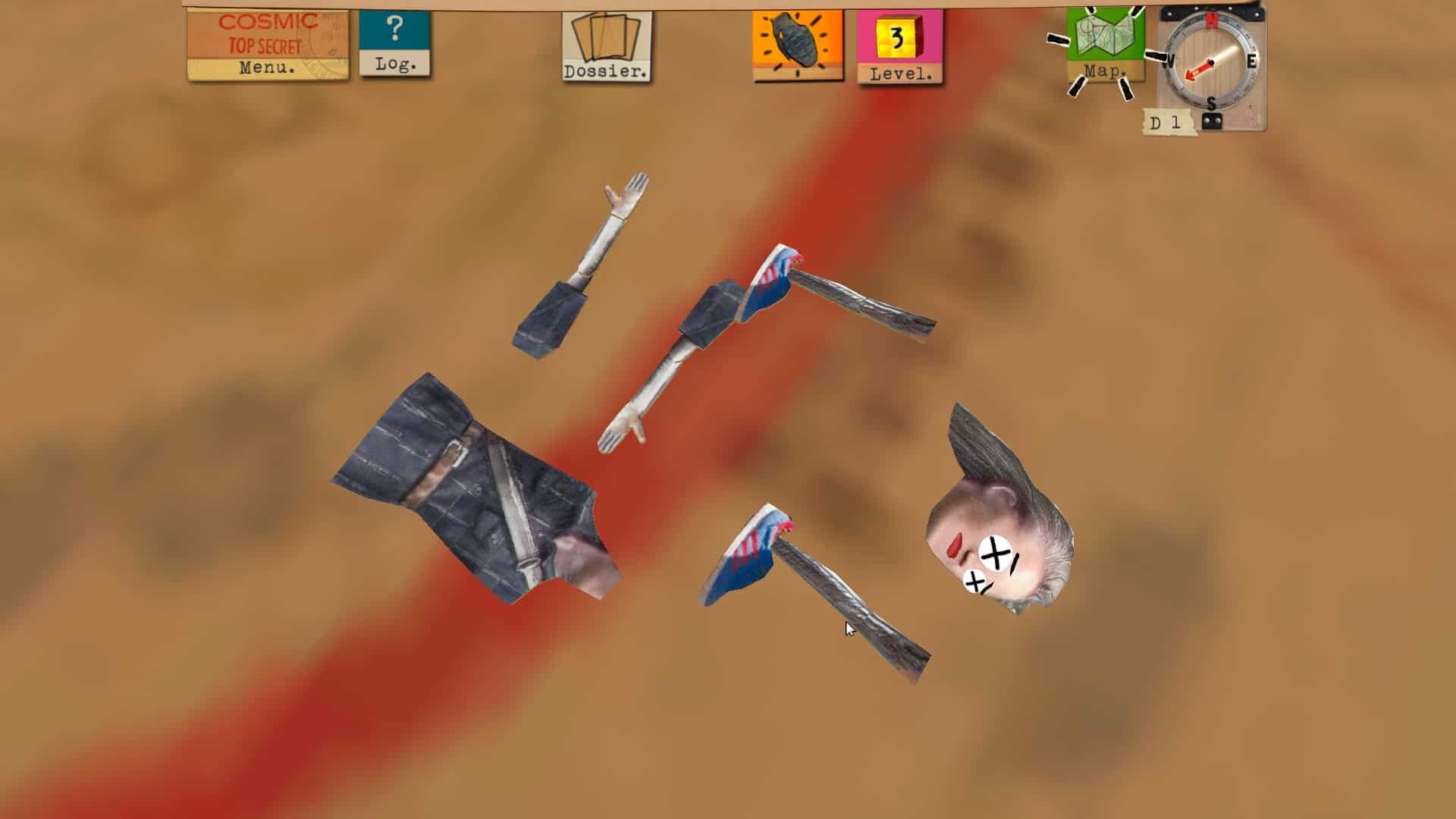 Rolled Up in a Ball

The use of cardboard and paper characters adds a lot of mechanical interest to what could’ve been a very simple hidden objects game. To move Trine’s avatar as she navigates the story, one clicks her to crumple her into a ball and roll her through the environment, and Cosmic Top Secret uses this technique to cram in a little of everything from 3D platforming to stealth to Marble Madness-style racing.

This isn’t always managed perfectly – I found the paper airplane sequence a lot more frustrating than fun – but it’s a fascinating means of storytelling that goes well above and beyond the usual attempts at making a conventional narrative or documentary piece “interactive.”

Cosmic Top Secret isn’t a documentary with a couple of pasted-on video game elements; it’s an actual game that also happens to tell an autobiographical and historical story. No wonder it won the Culture Award at IndieCade in 2017.

Watch the trailer for Cosmic Top Secret below: 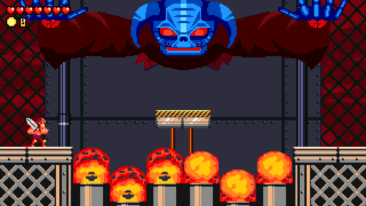 Cybarian: The Time Travelling Warrior Review – Back in Time 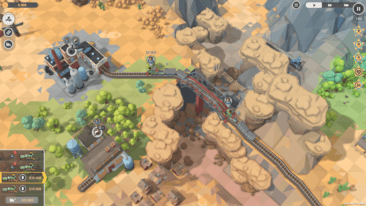