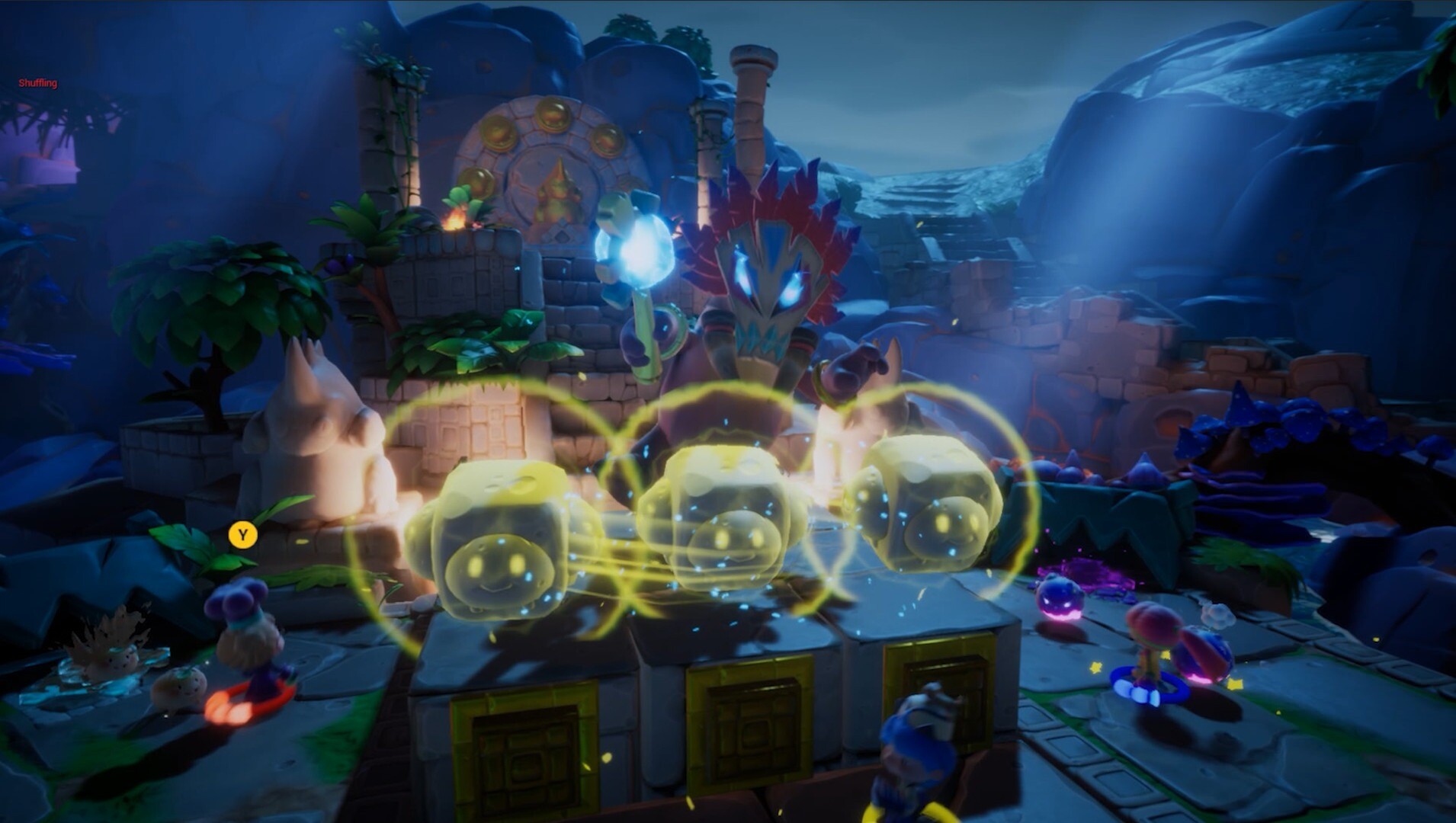 Set in a world where baking is everything, Bake ‘n Switch is a culinary-themed party game targeted at home or online group play, either in cooperative or PVP modes. Boasting 100 levels and more than a few surprises along the way, Bake ‘n Switch is a light-hearted cooking and combat experience designed to be enjoyed with company.

Bake ‘n Switch, along with its new DLCs – Bun Solo and Shroomageddon, respectively – can be played locally, online with friends or solo.

Whichever way you play, the objective is clear from the outset: collect buns and hurl them in the nearby oven for baking. These buns are somewhat anthropomorphized and wander about their environment, eating one another and growing into larger buns. Catching and delivering these buns to the oven for points makes up the bulk of Bake ‘n Switch’s action, but it does have a few tricks up its sleeve to complicate this task. 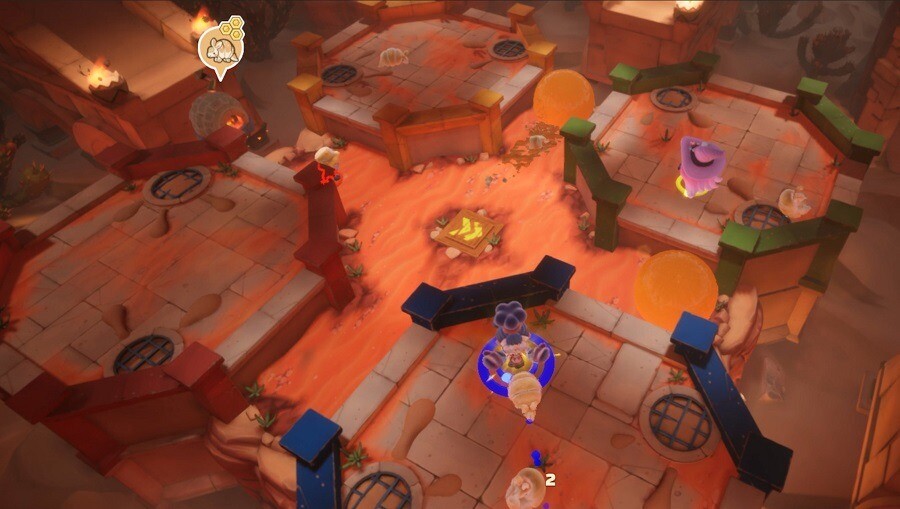 Beyond the basic controls, little is offered (or needed) in the way of a tutorial. Buns can be picked up and thrown, the cooks can punch or dash when necessary, and each character has a special ability to mix things up a bit.

Buns spawn at pre-determined locations and mill about the level until they are grabbed. If buns encounter smaller iterations of their kind, they will eat them, growing in the process. Delivering larger buns for additional points is generally a good idea.

Matters are complicated by the addition of different kinds of buns, many of which take the form of animals such as small birds or foxes. I was somewhat shocked when encountering the latter in the desert levels; it felt like throwing some sort of Pokémon into a roaring oven. The horror! It doesn’t help that their crispy, baked forms drop into a bowl at the end of every level. Vulpix, no! 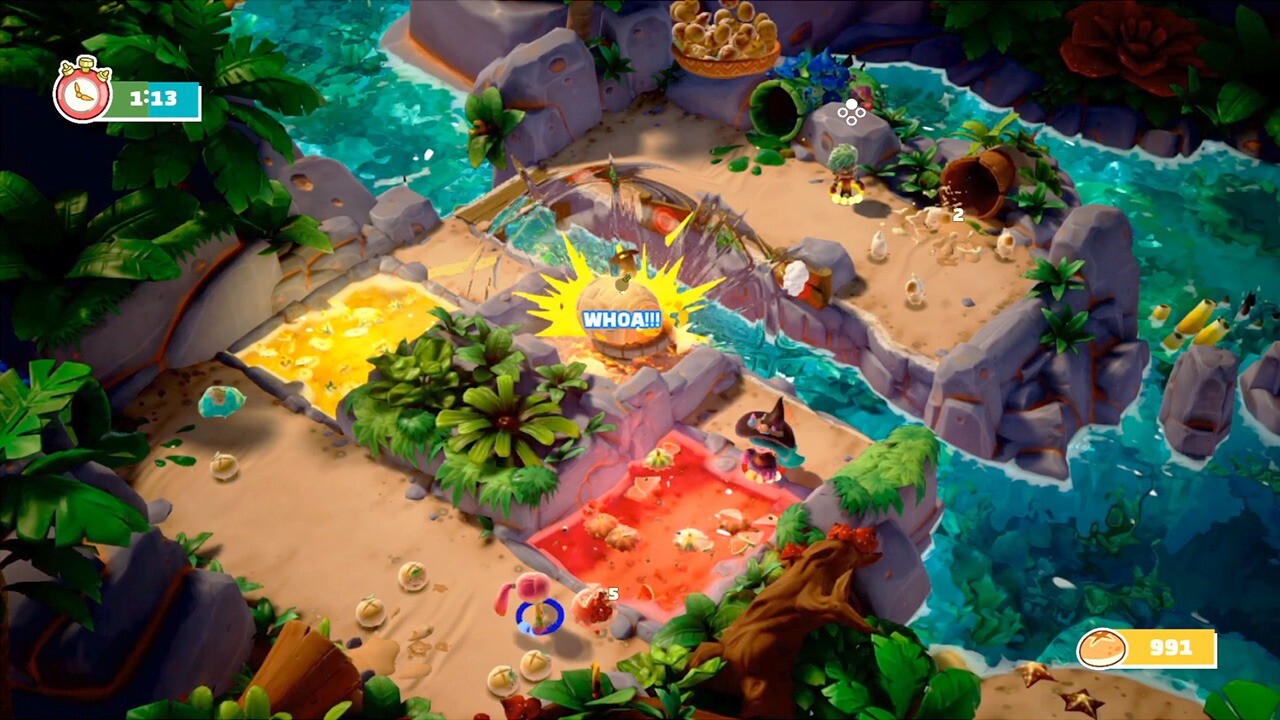 Do You Smell Burnt Toast?

The oven seems to have a life of its own, and it has fickle moods when it comes to what it wishes to cook. Throw the wrong bun in the oven and it will become angry, reducing your points. Buns can also be flavored with environmental pools such as honey, and this needs to be factored in when appeasing the great oven god. 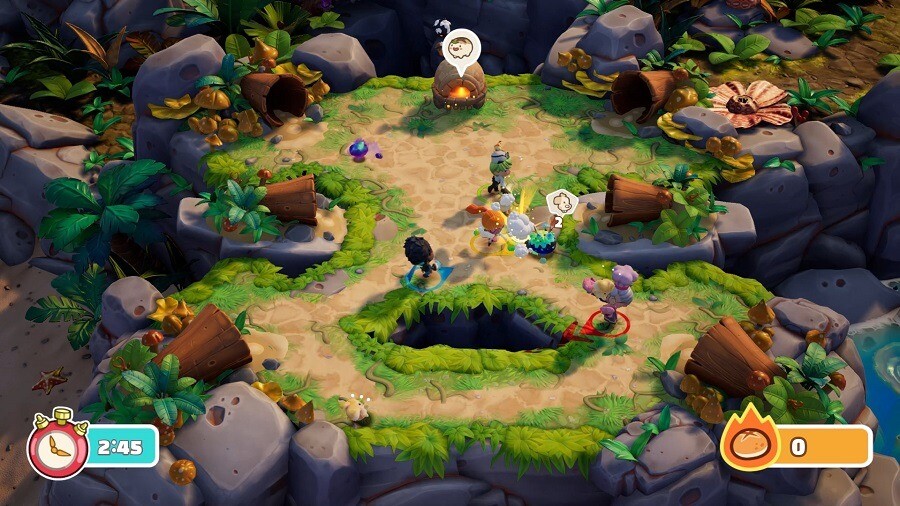 The Shroomageddon co-op expansion pack was added at Halloween 2020 bringing new protective fluorescent costumes to Bakers as they battle through 14 levels of fungi with a new map, mini-boss and mean minions.

Frustrating your efforts are an assortment of hazards, not the least of which are the slimy group of foes known as “Mouldies.” These will hunt down buns and infect them, spreading and rendering the buns useless or reducing their size (and corresponding value). Mouldies need to be punched away to free the buns of the infection quickly.

In addition to these mobile threats, there are numerous clever environmental issues such as moving walls or quicksand, making the cooking process that bit more tricky. 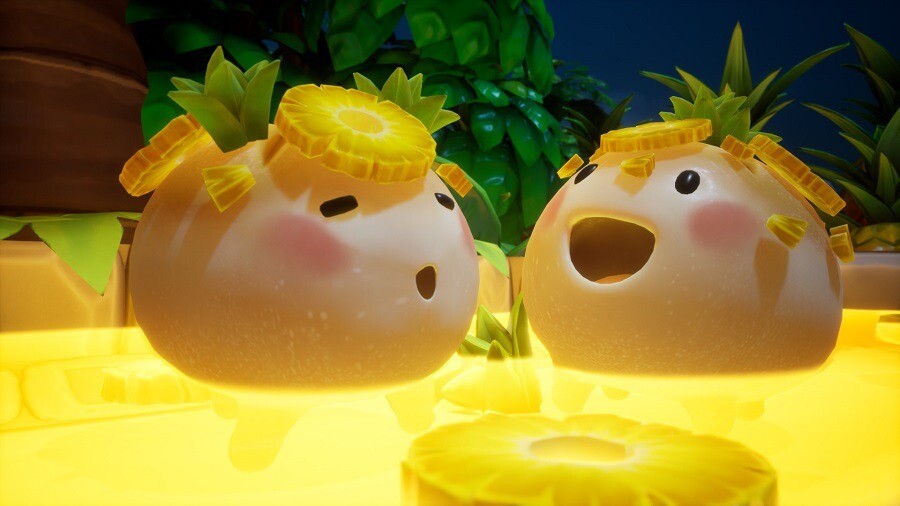 The visuals of Bake ‘n Switch are beautiful. If cutesy, light-hearted aesthetics are your thing, then this is the sugary treat for you. I did find the music to be a little repetitive, but this didn’t hamper things too much. As you progress through the game, amusing little cut-scenes are unlocked. Some of these are a giggle, and they add to the charm of Bake ‘n Switch.

Bake ‘n Switch offers a solid cooperative or PVP cooking title that should appeal to fans of games like Overcooked. There are a couple of noteworthy issues to be aware of, however.

Whilst online play is an option, there is no matchmaking, so if you don’t have some friends prepared to pick up this title and join in, you’ll be limited to local play. The game could also do with a little more variety of environment, being limited to tropical and desert-based themes.

All of this said, if you’re looking for a fun party game to be enjoyed locally (when we can have such joys safely again) then Bake ‘n Switch is worth checking out.

Bake ‘n Switch and the Bun Solo and Shroomageddon DLC are available via the Nintendo Store and Steam.

Check out the official trailer for Bake ‘n Switch for Switch below: 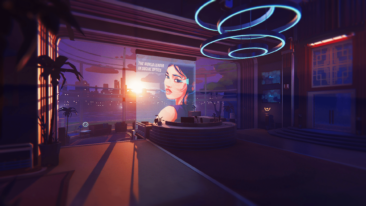 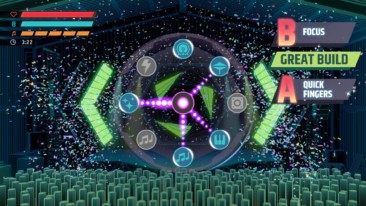