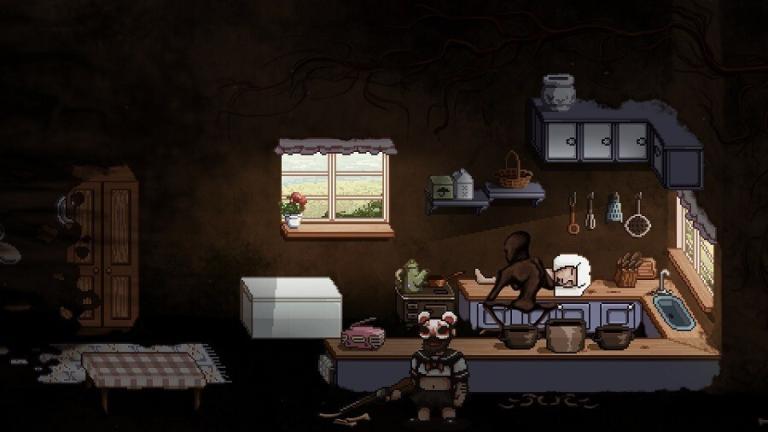 Anglerfish is a horror-adventure game that combines side-scrolling action, light puzzle-solving, and a penchant for toying with expectations to create a unique experience. Anglerfish shows its focus on surprising players through a dizzying combination of fourth-wall-breaking antics and a keen understanding of its medium. This all manifests in an intelligently crafted title that makes some cutting comments on the often inflexible tendencies of the modern gaming industry while also keeping players wondering what will come next.

Anglerfish requires no tutorial; it’s ready to teach its lessons the hard way. Beyond directing the protagonist, the only other important controls are to fire a weapon and interact with the environment. The narrative opens with the protagonist heading to an isolated bar (the titular Anglerfish) with a group of friends for a bachelor party. An unsettling introduction soon spirals into horror as the party-goers are replaced with nightmarish skeletal monsters. 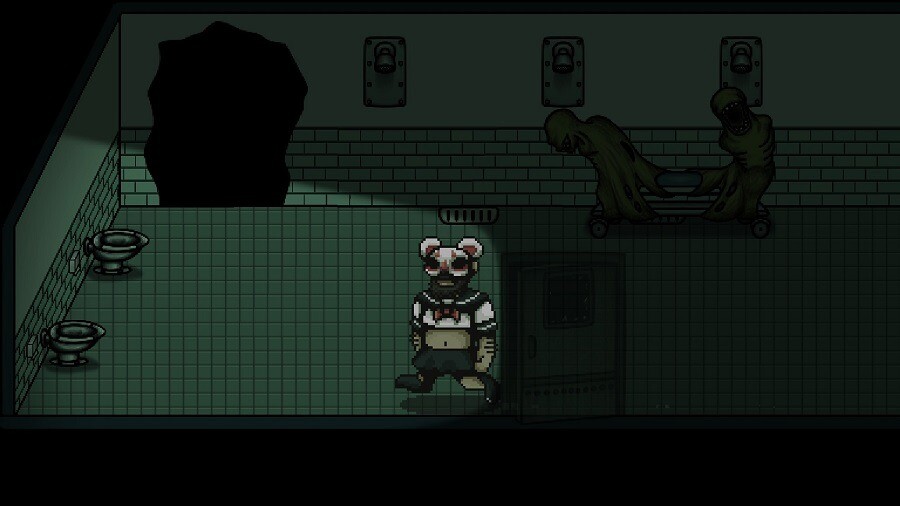 Descending into the depths beneath the bar, the hero inevitably meets a grisly end and the game resets to the opening outside the pub. Soon after, weapons become available, and the cycle of Anglerfish’s narrative begins to take shape. At the beginning of each cycle, a dog outside the pub asks a question of the player, presumably feeding this information into the various developments that shape the experience this game offers. With each death, the nightmare beneath the bar changes, and these shifts are influenced by the nature of the preceding deaths. This is an intriguing premise and one that Anglerfish leverages to impactful results.

After a couple of these cycles, a new character emerges: a private bartender who offers beverages that alter aspects of the game, from reversing the controls to speeding up enemies. I did feel that there should be a wider selection of these, but they at least add another layer of possibilities to each run. Beyond this, the game generally handles the variables that make each attempt fresh behind the scenes; this isn’t a Rogue-lite where tweaking builds after every death is a feature.

Instead, Anglerfish makes sometimes subtle, sometimes overt changes to keep things exciting. I wouldn’t want to spoil anything, but a couple minor examples of my experiences include a memory puzzle playing mind games with its variable difficulty and enemies taking up new ambush positions to get the jump on me. As the game goes on, the changes grow more extreme, but to say more would undermine the purpose of Anglerfish. 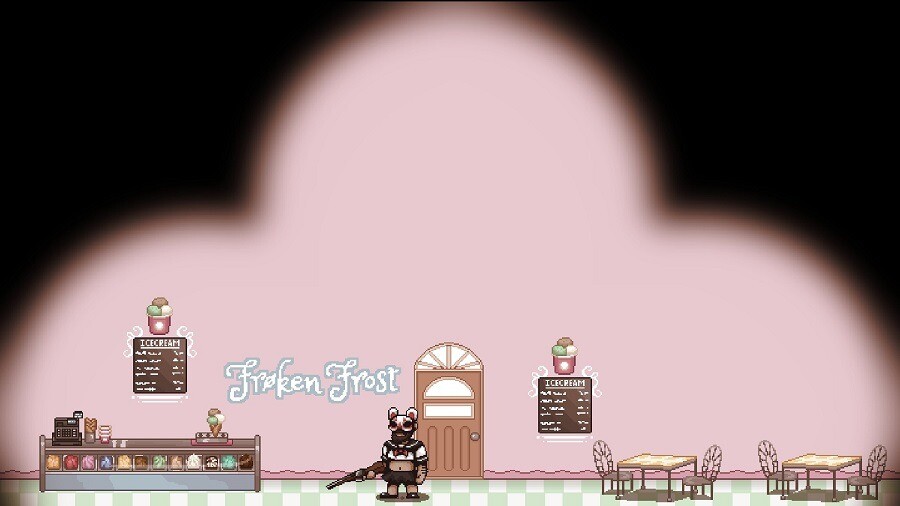 Is This Real Life?

Another feature Anglerfish uses extensively is cross-media elements. Some rooms direct the player to the developer’s website, another (free) game, and even ask players to leave reviews. It would be fair to cock an eyebrow at the questionable motives behind this behavior, but it does feel in keeping with the experimental practices evident throughout Anglerfish.

The aesthetics of Anglerfish serve its dark and twisted world admirably. A selection of melancholic, creepy, and off-key music tracks are available through a jukebox in the bar, and they all provide a different variety of unsettling. The design is also well-paced, with genuinely disturbing moments broken up by long, grim corridors. A particularly excellent segment set in what appears to be a hospital or asylum is especially unnerving. 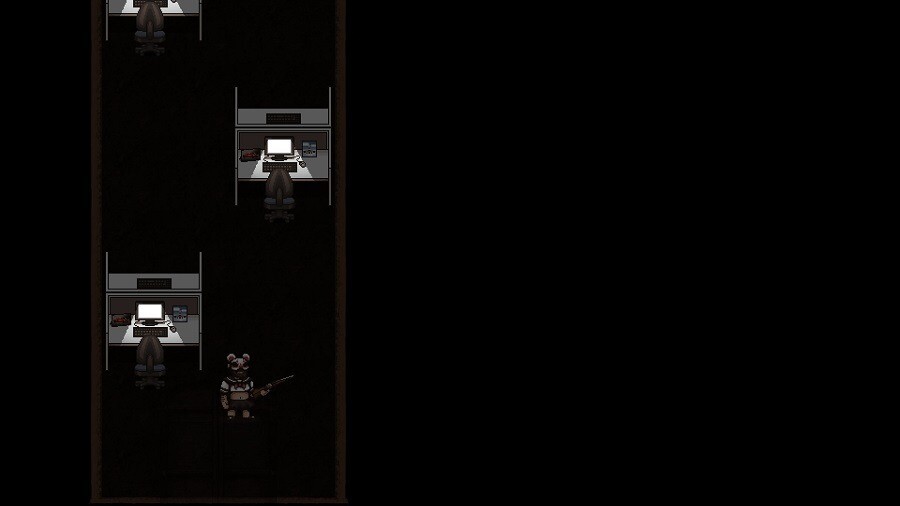 Anglerfish is an intelligent and creepy experimental horror gaming experience that is certainly worth exploring for anyone looking for a different kind of adventure. Some of its fourth-wall-breaking antics can interfere with immersion, but this tends to serve Anglerfish’s goal of disrupting expectations and providing something a little surprising for players who’ve grown tired of the same old batch of tricks.

Anglerfish is available via Steam.

Watch the trailer for Anglerfish below: 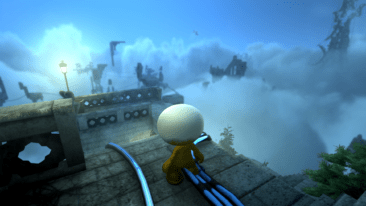