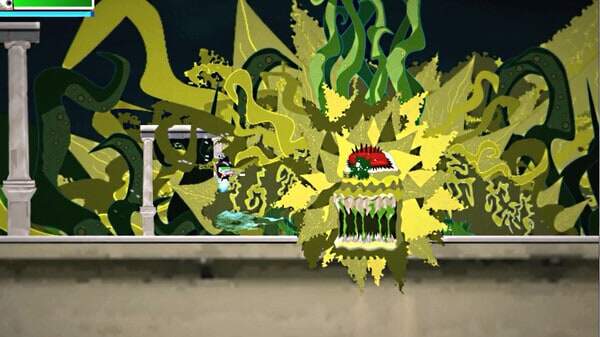 After Rain: Phoenix Rise does itself no favors from the off. The game’s almost stubborn lack of inaccessibility in the early going, made my initial time with it all parts trying, frustrating and confusing. Plenty of people now thrive on new games that hearken back to the days of yore where tutorials did not exist and the sole motivation for playing was to see what happened as soon as you couldn’t travel to the right any further no matter how difficult the challenge.

I died a lot in After Rain, (insta-death spikes and blades for the most part.) That’s a combination of my incompetence as a gamer and the game’s tireless desire to make me work. Again, there are those out there that stick their noses in the air at even the slightest hint of mass appeal for a game and this 2D shooter might be exactly what they are seeking. It is a short, punishing adventure with very simple controls and no story. 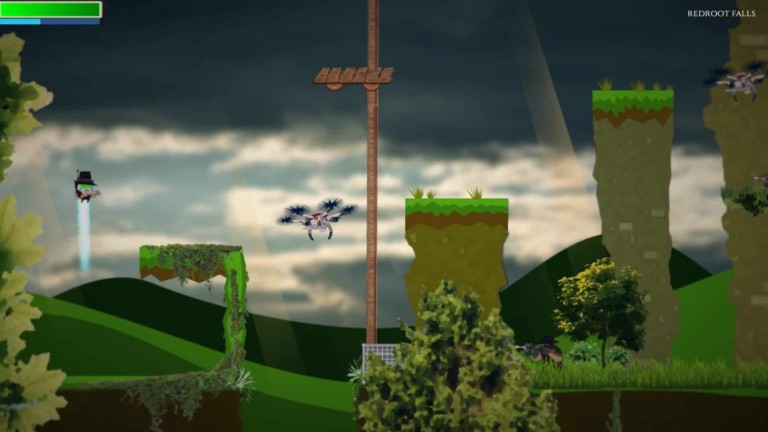 When it Rains, it Pours

And even though story is not why I generally play games, especially most indie ones, After Rain is a major disappointment because of the promise of an interesting tale. It opens a with a five minute-long intro that combines static cut-scenes with a decent amount of expositional writing, leading us into a sci-fi world where the rain has turned people into horrible creatures as the result of an experiment gone wrong. Though this isn’t exactly revolutionary, within the nuances of the general idea rests a fascinating glimpse into a possibly new and exciting world for us to visit. But my character, green-goggled Gideon, sets out on his adventure to find something that his dead father left behind for him as those who try to control the rain cause war. And that’s it.

Jumping and shooting are the core aspects of gameplay. After a fashion, Gideon attaches a jet-pack to his back and is able to traverse larger chasms. When I acquired the pack, I was not in anyway informed that I had it and it was only because I had noticed a button for a jet-pack on the controls menu that I thought to try it out when jumps suddenly became insurmountable.

Equally, when I collected items, I did not know what they were for (they upgraded my puny gun to grenade launcher, machine gun, laser rifle etc. incidentally) as there was no information of any kind. Call me simple-minded but I didn’t like that.

Environments are sparsely – even blandly – decorated, with rough edges and smudgy back- and foregrounds. Art style is always subjective but, in reality, people can generally agree on what is pretty to look at. After Rain’s throwback visuals could be dubbed ‘charming’ or ‘original,’ but enemies’ rote animations only cement the flatness of their surroundings. There was little to no variation in their attacks or mine.

To round off the distinct lack of polish, After Rain has no soundtrack which is exceedingly loud in its absence. 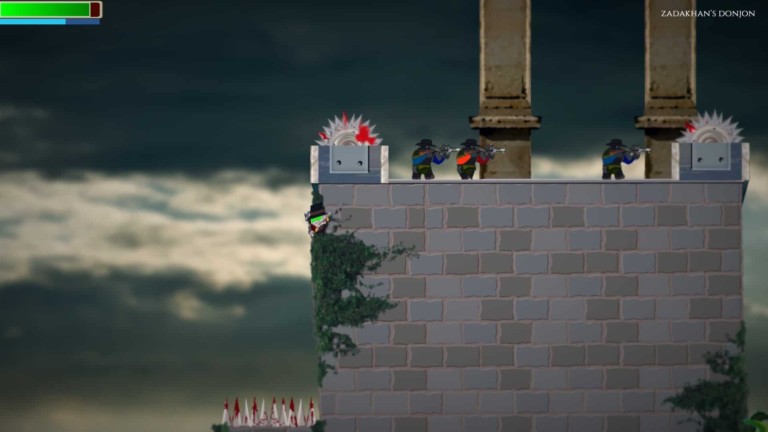 To play any difficult game, there must be a strong motivator to die repeatedly and keep returning to get that step farther – loot, story, level design, lore, some interesting mechanic, potential upgrades and on and on. After Rain’s incessant brutality rewards the player with nothing. Levels are essentially identical in setup, and moving from one to the other is more akin to wading through endless challenge rooms for high scores except that there’s no scoring system.

One mercy is that once an enemy was taken down, when I respawned, they became a single hit target. I can really only imagine that die-hard completionists and/or those who cannot sleep unless they finish something they’ve started would be able to stomach this title in its entirety.

The controls are solid and responsive, the jet-pack feels right and is maneuverable. The sense of achievement is grand when a tall order has been put to bed after a hundred deaths. I just cannot recommend this game to anyone, bar a few zealots in dire need of a good bout of empty masochism.

After Rain: Phoenix Rise is available via Steam.

Watch the official After Rain: Phoenix Rise trailer below: 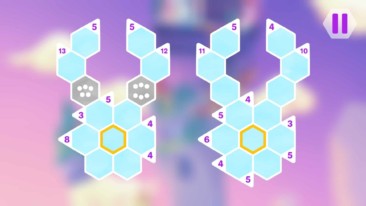 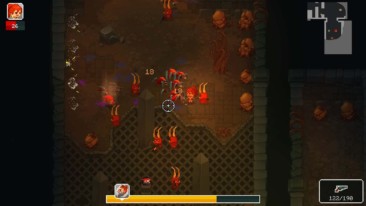