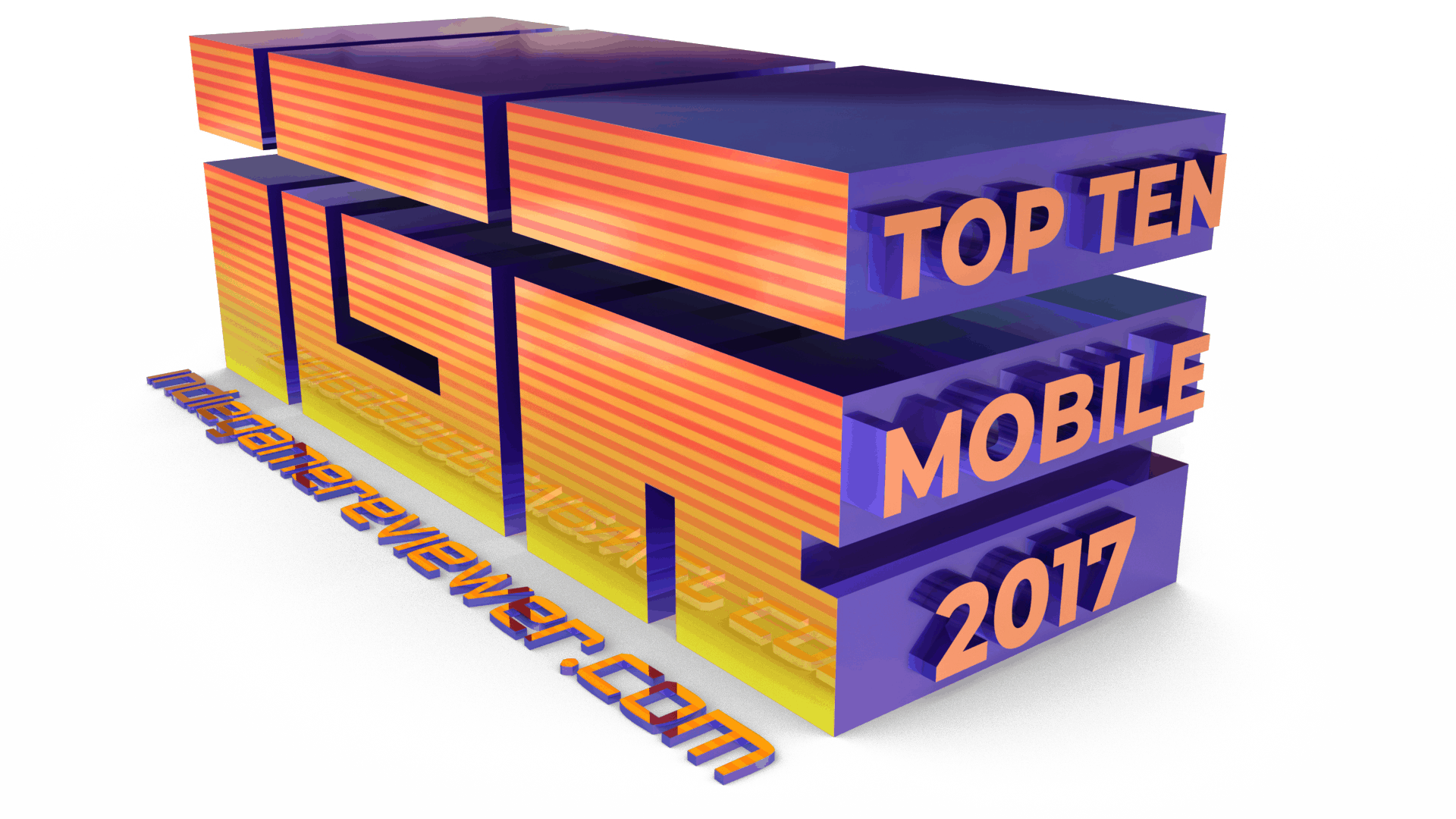 Some of the game in our list have desktop or even console equivalents, but it is in the mobile-driven interface that they truly excel, expand or highlight the unique nature of the platform.

by mindfungus
iOS and Android

Do we really need to qualify the low-bit look of this game to convince you to go beyond the seemingly “simple” graphics, or that it isn’t just another retro indie tribute? Fine.

cityglitch‘s diminutive retrowave/neon 16-bit aesthetic is the wrapper around a series of increasingly interesting turn-and-tile based puzzles (“on a series of haunted urban rooftops”) that you can carry around in your pocket and always come away satisfied. 95 levels should keep you busy for a good long while.

Fans of science fiction breakaway hit The Expanse, based on the novels by James S.A. Corey, will feel at home with the setting of this space-based point-and-click narrative puzzle adventure.

Solid voice acting, lush and cleverly designed mash-ups of space stations and ancient mysteries, and a variety of challenge styles make for an engaging and memorable tablet experience.

by My Dog Zorro
iOS and Android

In Linelight, players guide a glowing segment along an increasingly complicated path of lines. As simple and abstract as it sounds, it’s brimming with personality – far more than you’d ever think to ascribe to a simple glowing line segment. 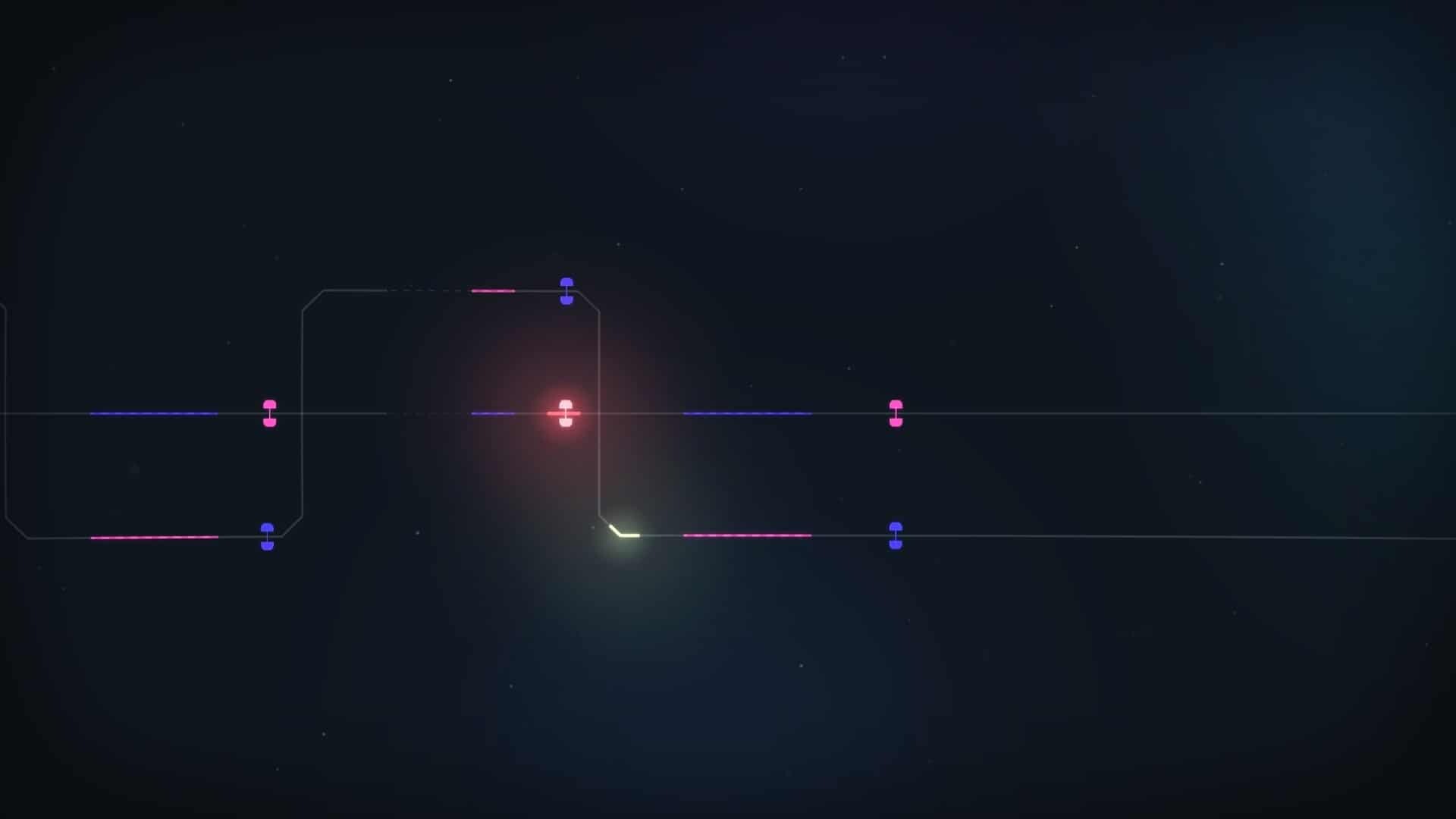 As you steer past increasingly complex puzzles, manipulating the lines around you to access switch-controlled platforms and avoid “enemy” line segments, the game somehow begins to feel less like an exploration of 2D geometry than an epic journey.

Read our complete review of Linelight.

7. Milkmaid of the Milky Way

by Mattis Folkestad
iOS and Android

Fairy tales meet UFOs in this charming story of a Norwegian milkmaid encountering an alien spaceship. A classic point-and-click adventure, this game’s pixel art and inventory puzzles will appeal to long-time fans of the genre.

There’s a real warmth to Milkmaid of the Milky Way, as well, thanks not only to its characters and setting but also because Mattis Folkstad wrote all of the in-game text in rhyming couplets – an impressive accomplishment in its own right.

by Robot Circus
iOS and Android

A gripping turn and tile-based action RPG wherein you face off with a dangerous and every growing army of robots and ne’er-do-wells as you try to reclaim your home.

Some shocking narrative twists and fascinating puzzle tile-matching combat techniques, coupled with upgrades and unlock targets, take this dystopian title to another level.

by Adriaan de Jongh and Sylvain Tegroeg
iOS and Android

This is a list for games that make the most sense for mobile. While hindsight is always 20/20, ideating a concept that is perfect for such platforms seems easy until you stare at a blank page. Hidden Folks will have you staring at black and white images with such intense scrutiny that your colleagues will think you need to triple your eyewear prescription or take a few moments to just chill out.

What begins as a quest to find the new Waldo rapidly turns into a compulsive obsession. The drawings are great, too, each offering a plethora of micro-stories to discover or invent as you attempt to separate the wheat from the chaff.

Wow, what a beautifully designed and utterly daunting contemporary puzzler this turned out to be! In Cosmic Express, as the name describes, you are drawing choo-choo tracks in a domed space station to transport your passengers from point A to B. No crossing that track, though, and make sure you get them all! Now there are two types that need to be delivered to their respective stations?

It takes one level to teach you the ropes and three to remind you that you aren’t as genius at this as maybe you once thought.

While it is available for desktops, Cosmic Express is especially great on tablets where you can drag your finger around the glass hoping to intuitively discover the thing that isn’t at first obvious. The seamless and intelligent ways the track builds and rebuilds based on your input without ever going askew is excellence in design.

Yep, Monument Valley and its sequel really ARE beautiful works of Escherian art. But somehow, the Kunabi Brothers managed to climb out from under that massive indie hit’s shadow and bring us something that feels original once more.

Mind-bending but accessible quadratic puzzles – imagine combat on a Rubik’s cube as you twist and turn segments to take down your foes and unlock the exit space – operate on various levels and are more likely to see you exclaiming in gleeful discovery rather than throwing the thing across the room after you rage-quit. Silky smooth graphics and great music to boot make this the complete package for showcasing the best of the best for iOS in 2017.

Jason Robert’s sublime work is the result of over half a decade delicately crafting a sliding digital pop-up book of trompe l’oeils to tell a story about the very heart of discovery.

Play-time will vary, dependent on the nature of the player’s logistic strengths, but the journey will be full of epiphanies and smiles for all who enter this hand-crafted world.

by The Pixel Hunt, Figs
iOS and Android

This powerfully moving interactive narrative is misrepresented by mere screenshots that imply it is a text-based adventure. Bury me, my Love uses your notifications setting to reproduce a real messaging exchange between a couple negotiating travel through Syria and into Turkey. Real-time pauses between communications serve to build tension and anxiety as your partner, Nour, enters increasingly taut situational quandaries, and you must live with the recommendations you offer her, whether to console, inform or keep her company.

The player may click points of interest on the map of Nour’s travels along the path of her ultimate journey, and each of these will bring up information and even illustrated renditions of cell phones images about each location – a clever way to insert history and topographical/relational understanding about the region and its events in context.

What an incredibly potent way to convey the story of so many right now, through a process that disrupts our complacence and yet is so familiar to our contemporary daily behaviors. By meeting the audience where they are, Bury me, my Love hits right at the heart of the world we live in and the people that live in it.

by Roboto Games
iOS and Android

With each game clocking in at around 15 minutes, Age of Rivals is casual enough for short sessions, but its card-based civilization-building strategy is deep and rewarding, as well, if you have the patience to learn and master it. Tabletop gamers in particular will enjoy its PVP mode, but there are plenty of challenges for solitary players to face off against AI, too.

by RAC7
iOS and Android

A deceptively simple premise – drag your finger to split the screen, then adjust the component pieces to help your “critters” back to their flying saucer – belies this game’s escalating challenges. Complicating your task are a variety of environmental hazards, from water traps to laser beams, not to mention the varied personalities of the critters themselves. Each level gives you several consecutive slices to try and solve it, but the way Splitter Critters allows you to actually experiment with this earth-splitting technique is amazing. A great design concept, pulled off beautifully.

What indie games kept you glued to your smartphone or tablet this year? Let us know in the comments! 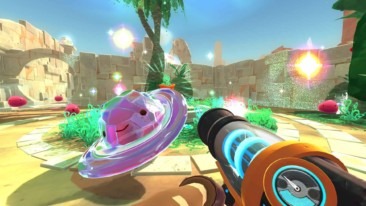 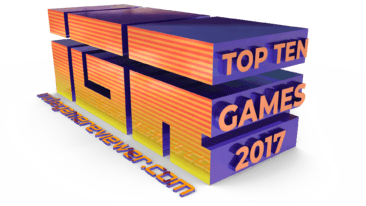