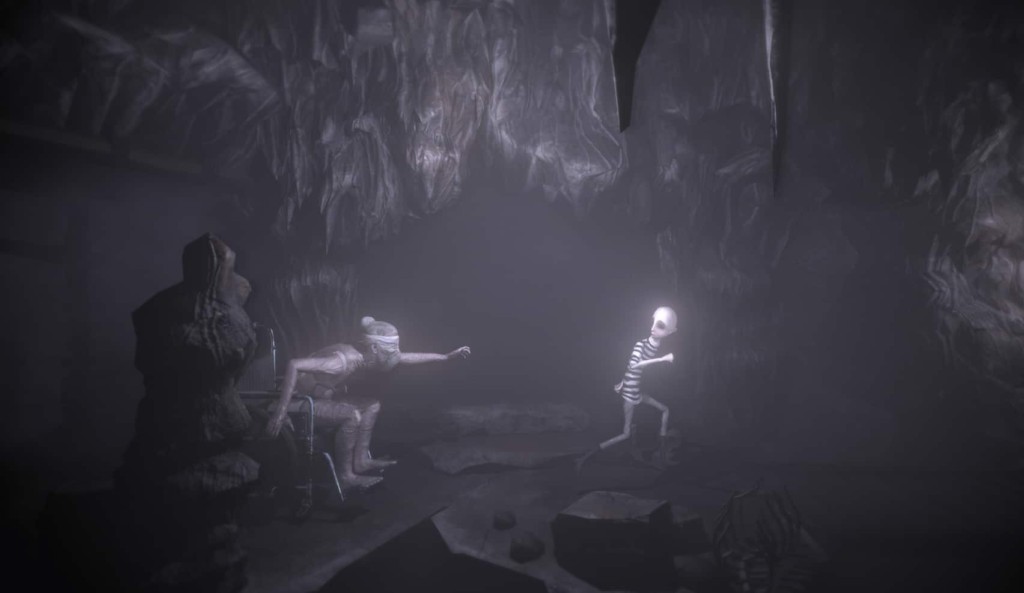 Well, the crisp chill of autumn is in the air – or the hot October heat wave, depending on where you live – and heck, you may even be in one of those places that celebrates the strange annual ritual of knocking on strangers’ doors and holding out a bag for them to give you free chocolate. Oh yeah, while wearing some sort of outfit that makes you look like a cross between an aerobics instructor and a half-decayed zombie.

In celebration of this fact, we have again assembled a mighty list of tenebrous tales, horrific heists and eldritch escapades for you to get into the spirit and game your ass off. Here are 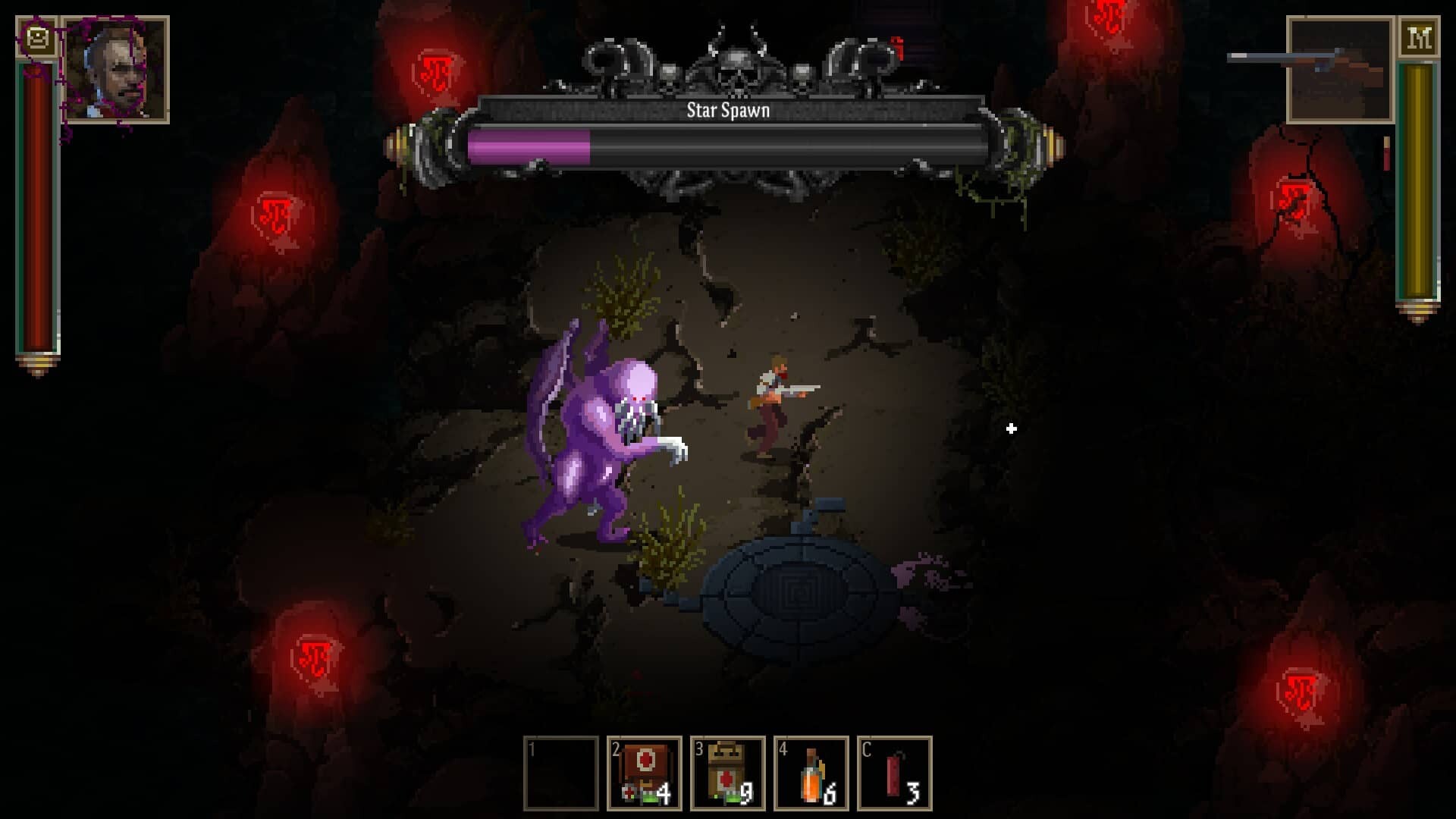 Much as we enjoy H.P. Lovecraft at IGR, we usually steer clear of his brand of cosmic horror for our annual Halloween articles. Alien gods from beyond revealing in humanity’s insignificance is a distinct horror on its own, a far cry from more earthy fears that come each year as the nights lengthen and the veil between the living and the dead grows thinner. 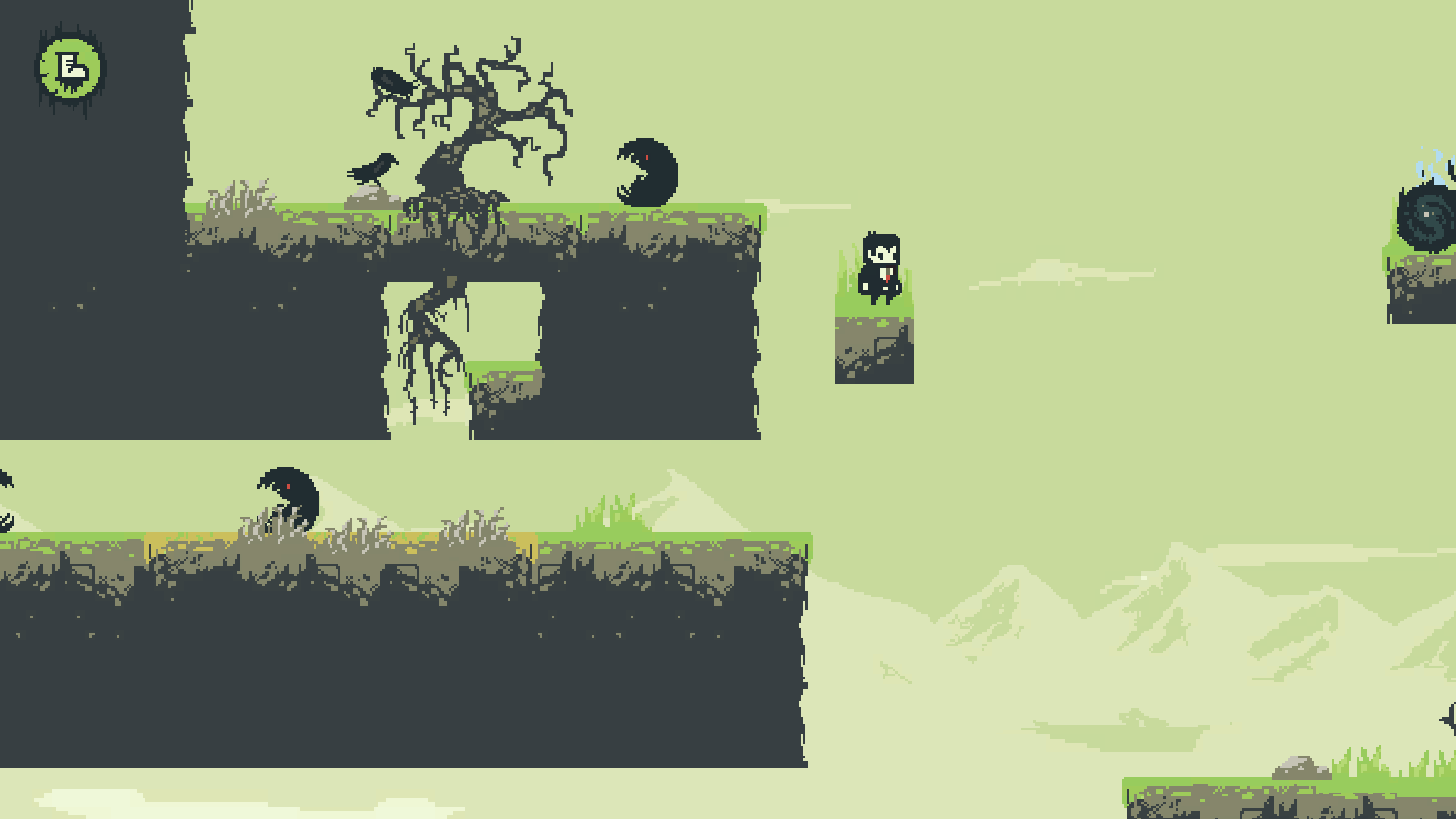 This one has flown almost completely under the radar; Existence currently has no reviews on Steam. But while lacking the complexity of games like Braid and Fez, this little game shares their focus on environmental puzzles. Platforms to jump on and holes to fall into abound, as do monsters that look like a cross between an evil Pac-Man and Stephen King’s langoliers.

The central concept – dying switches up abilities like jump height back and forth – combined with twisted trees, ravens, tombstones and other cemetery imagery makes this a perfect choice for the melancholy meditations of autumn.

Plus your character looks like a little Count Dracula, as played by Bela Lugosi (right down to the little pixellated widow’s peak). 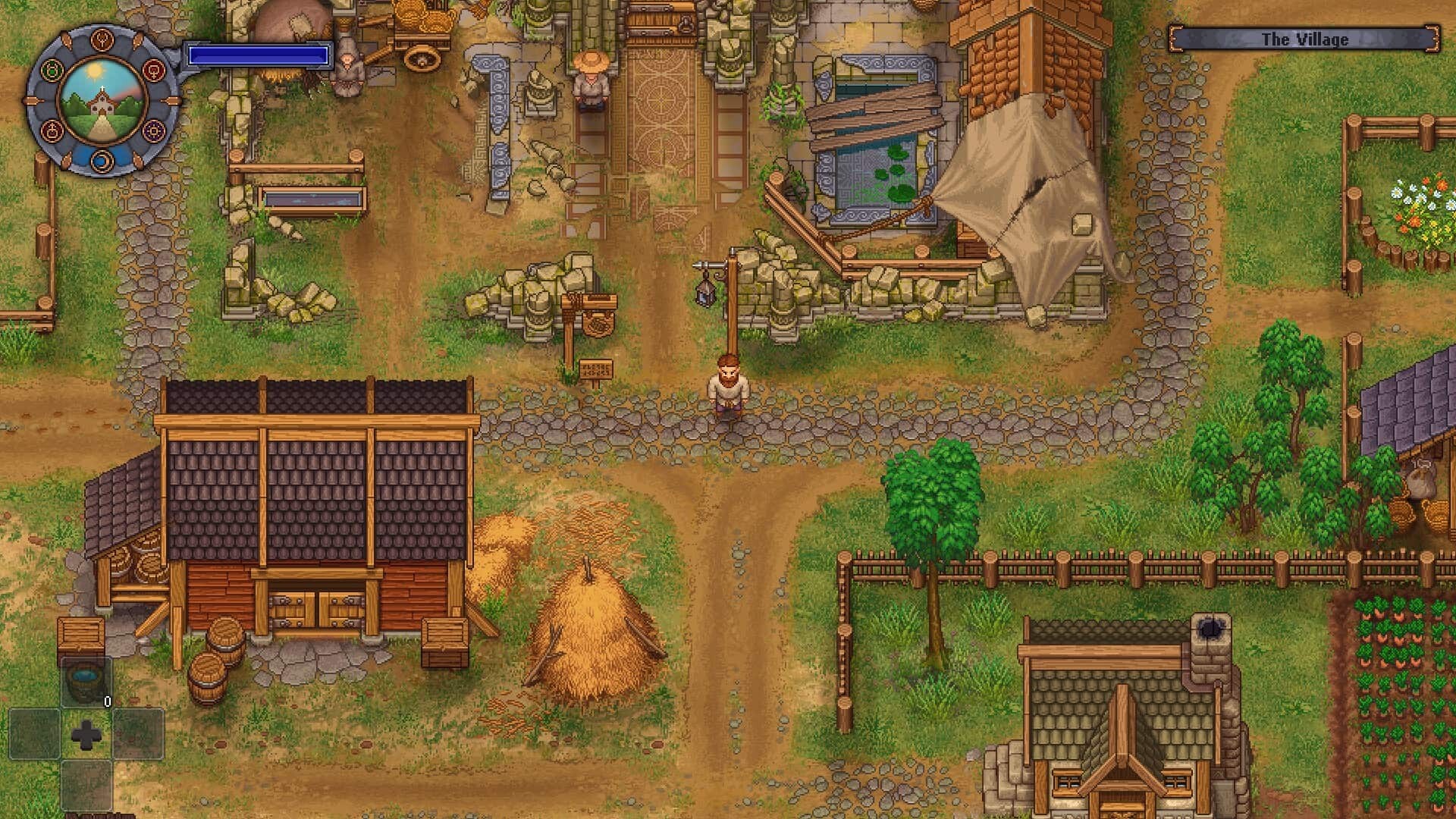 The farming simulator goes macabre in Graveyard Keeper, which puts players in the titular role and includes not only an intricate crafting system but also a morbid tone that straddles the line between hilarious and horrific. Between the expected moments of medieval cemetery management, you’ll also get the opportunity to organize witch-burning sessions and craft useful items from the remains of your “customers.”

The game’s depth and addictive qualities grabbed it an Honorable Mention spot on our list of last year’s Top 10 Indie Games. And did we mention the talking donkey?

DARQ takes the now-familiar vibe of games like Inside and applies it to dream logic. Upon realizing that he is in fact in the midst of a nightmare, Lloyd – the game’s gangling youth main character – begins to take control and bend his inner world a la Inception, physics-defying gravity manipulation and all.

Making things especially Halloween-friendly its Tim Burton visual approach; just look at the horizontal stripes on Lloyd’s pullover! A bit like The Nightmare Before Christmas crossed with A Nightmare on Elm Street, this might be the next best thing to a Corpse Bride sequel. 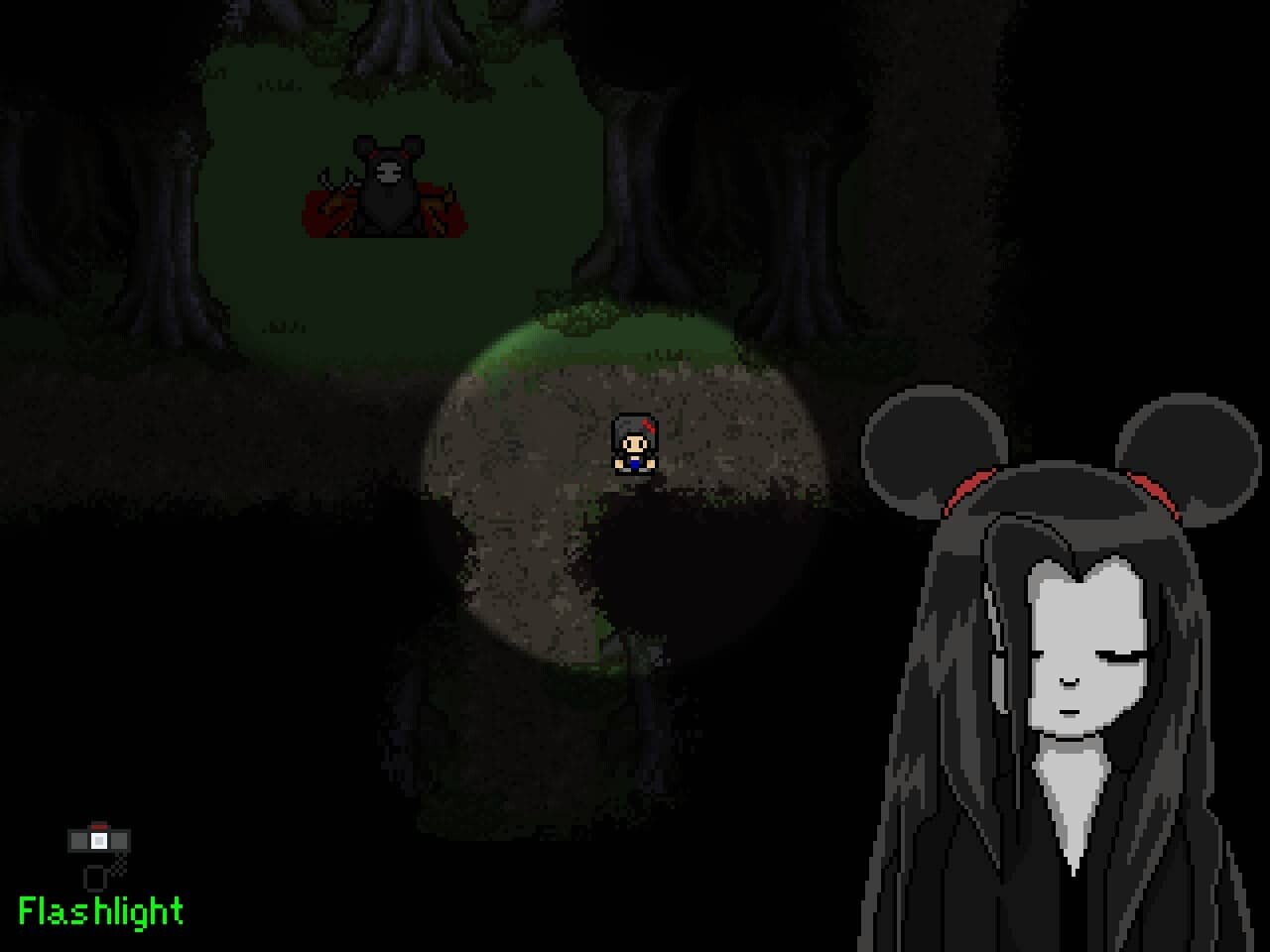 There’s more to that ineffable autumnal atmosphere than witches, black cats and pumpkins. Stranga Games conjures it in My Big Sister by way of a ghost story about a witch’s curse – classic Halloween themes – that nonetheless owes more to the Japanese fairy tale elements in Studio Ghibli films like Spirited Away than to European or American scary stories.

It’s also got a lot of emotional resonance. Come for the vengeful, bloodthirsty ghost; stay for the heartwarming story of sisters working their way past sibling rivalry.

Read our complete review of My Big Sister. 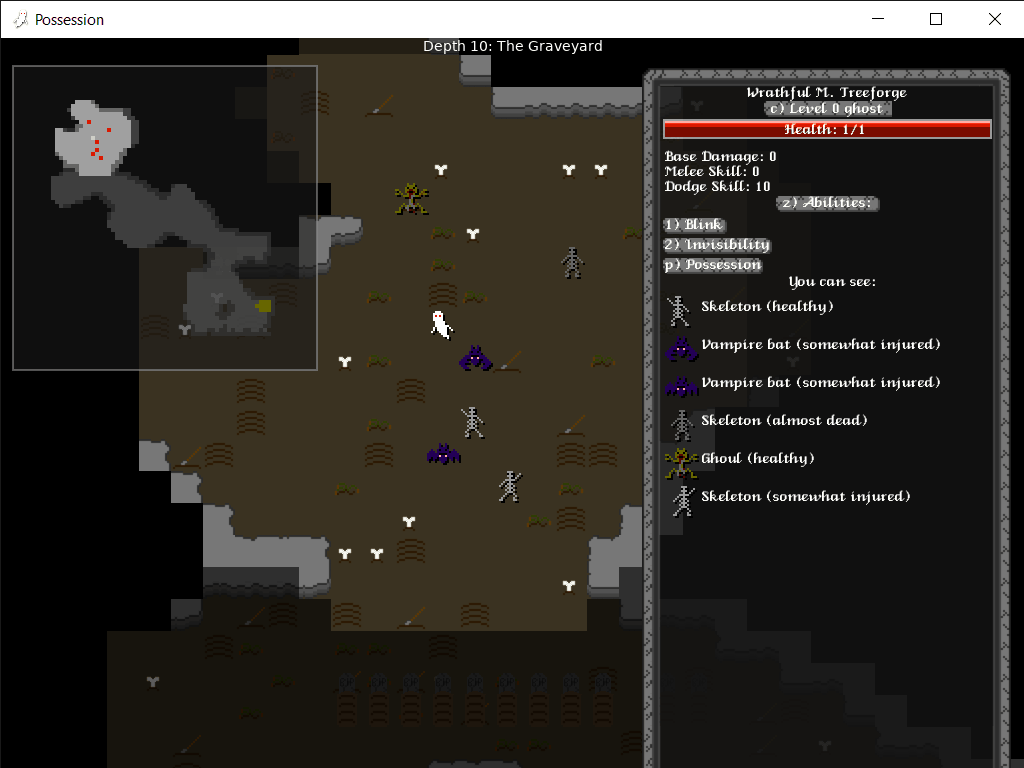 A graveyard dungeon crawling with zombies and skeletons and spiders and bats – not to mention a g-g-g-ghost protagonist – is more than enough to conjure that spooky Halloween feeling, but where Possession shines is its twist on a traditional genre.

Originally created as part of the 7-Day Roguelike Challenge, this spectral take involves all the randomized levels and monsters you’d expect from a classic Rogue-like – you can even choose between sprites and a classic ASCII interface – but instead of delving deep into a dungeon, you’re a ghost, recently escaped from the underworld and now working your way up for an eventual graveyard escape.

The big twist: you can possess the other monsters you encounter, so fortune depends not on lucky item discovery but what monsters are pursuing you.

by Shotgun with Glitters 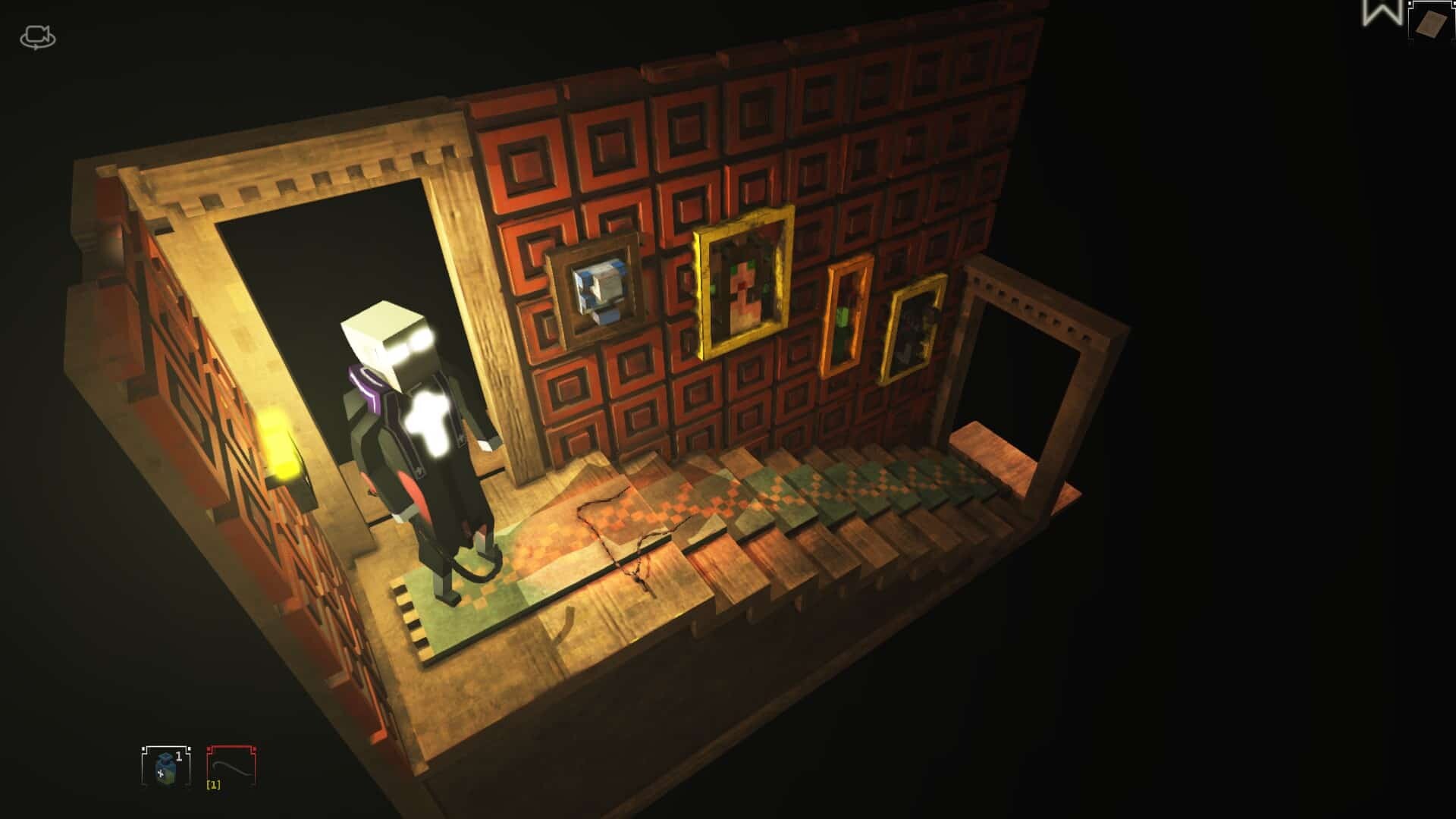 What if Father Karras in The Exorcist was wise-cracking and intimidating instead of guilt-ridden? And he was also made of voxels?

That’s the essential premise of The Padre, a third-person puzzle adventure that made it into InfinityWaltz’s Column of Curiosities both for its innovative use of voxel graphics to reproduce the aesthetic of ’70s horror films like The Omen and the hung-over Jason Statham charm of its titular tough guy priest.

Courier of the Crypts 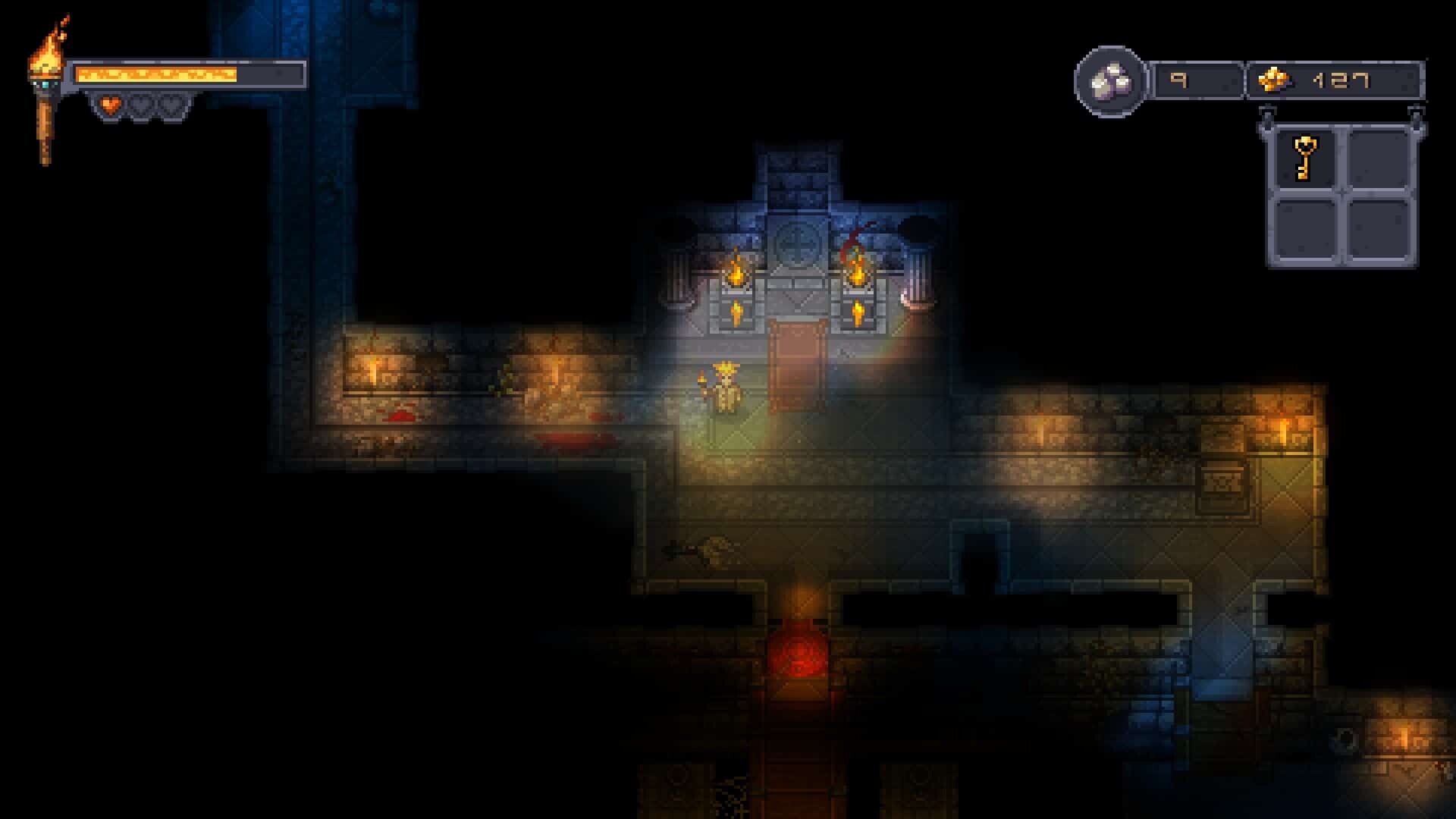 Another selection from the “Halloween in Spring” edition of the Column of Curiosities, this challenging top-down puzzle game sees a mostly unarmed youth attempting to navigate – and eventually escape – a labyrinthine warren of underground crypts.

The use of light as a primary mechanic – your torch will frighten enemies away but won’t eliminate them – adds as much to the sepulchral mood and sense of vulnerability as the setting itself. And the herds of giants spiders don’t make things any less creepy, either.

Weaving together three separate characters’ stories as they explore a single abandoned castle, Inmost brings together exploration, combat, location-based puzzles and a lush yet understated approach to graphics suggestive of a more Victorian-minded Hollow Knight.

While it isn’t out just yet on PC – a Steam release is scheduled for a bit later this year – Apple Arcade subscribers can already enjoy a game that IGR editor-in-chief Indie-Game-Freak describes as “bleak and creepy and winsome.”

The controls on an iPad may feel a bit fiddly at first, considering you will have to use invisible swipes to run, jump, act and puzzle-solve, but this is hardly as big an issue here as it may be for other Apple Arcade ports. It doesn’t override the quality or enjoyability of the game, once you have the hang of it. 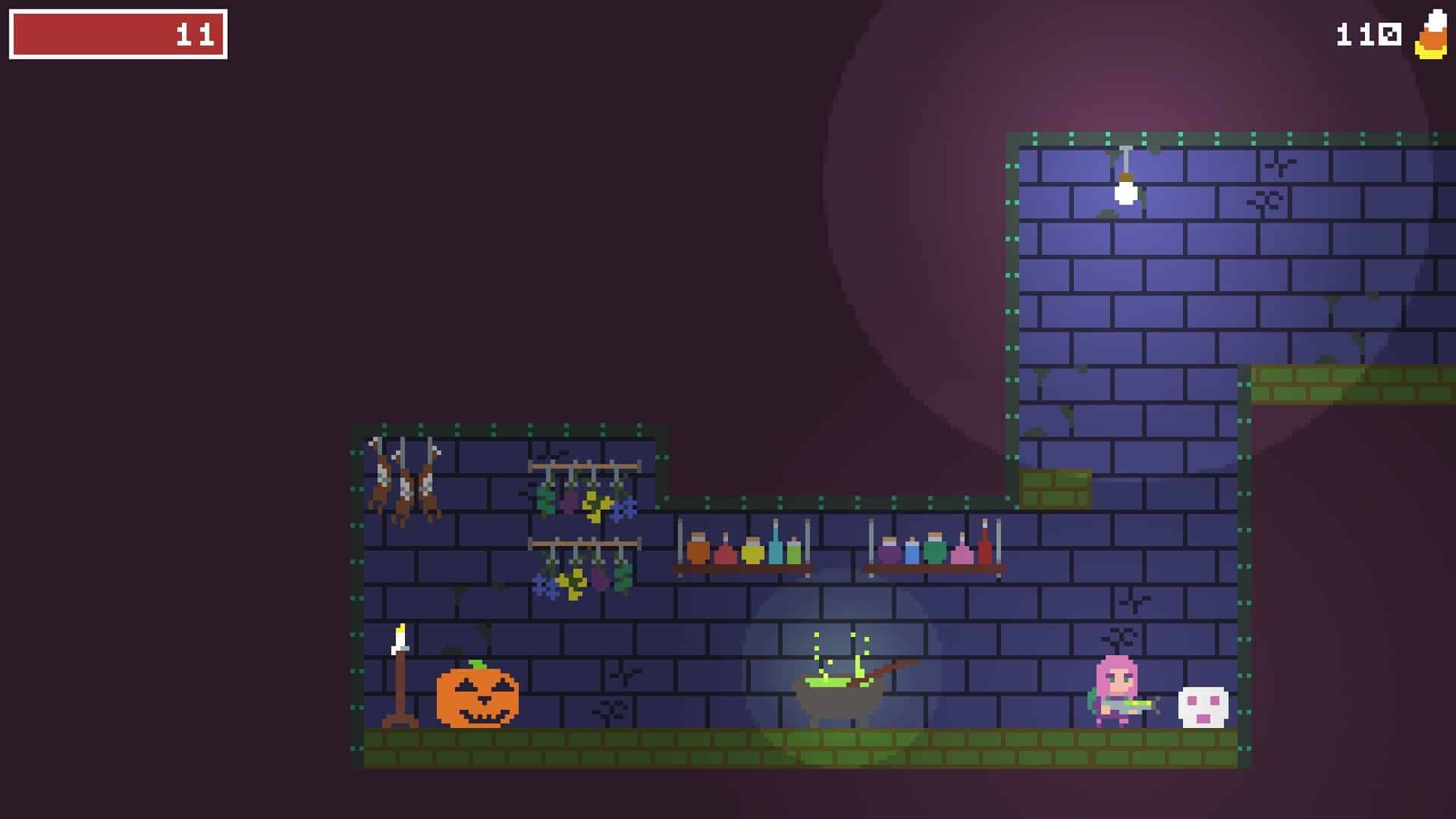 If you’re ready for a break from the morbid and terrifying, Spooky Ghosts Dot Com – released last year for PC and more recently on Switch – has you covered. While horror purists might find its cuteness more saccharine than a candy corn overdose, the rest of us can enjoy a more lighthearted Castlevania tribute that involves a spunky pink-haired heroine exploring a haunted mansion, tracking down friendly cats and blasting adorable specters with a Ghostbusters-style proton pack. 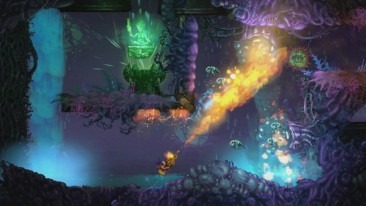 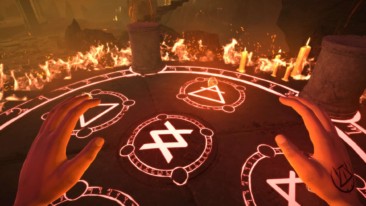 Exorcise the Demons Review – In Here, With Us