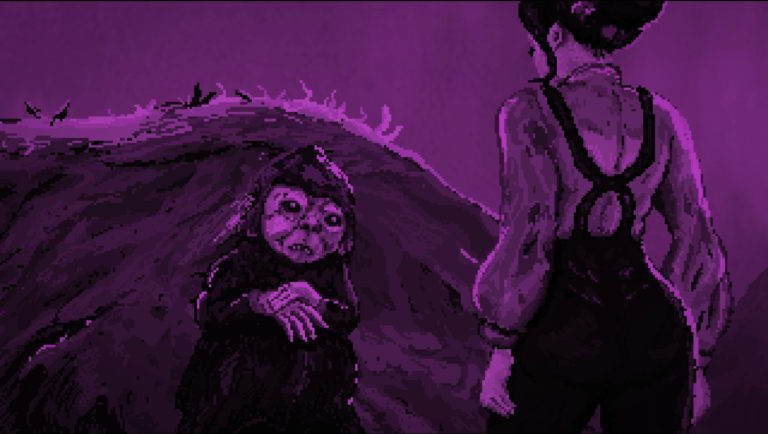 The Excavation of Hob’s Barrow by Cloak and Dagger Games

The Excavation of Hob’s Barrow is an adventure game about curious antiquarian Thomasina Bateman, a writer who is documenting the barrows she’s excavated throughout England. At the start of this game, Thomasina is summoned to excavate Hob’s Barrow, which resides in the mysterious, small town of Bewlay. The barrow itself is full of grand folklore tales which the townsfolk still hold as truth. 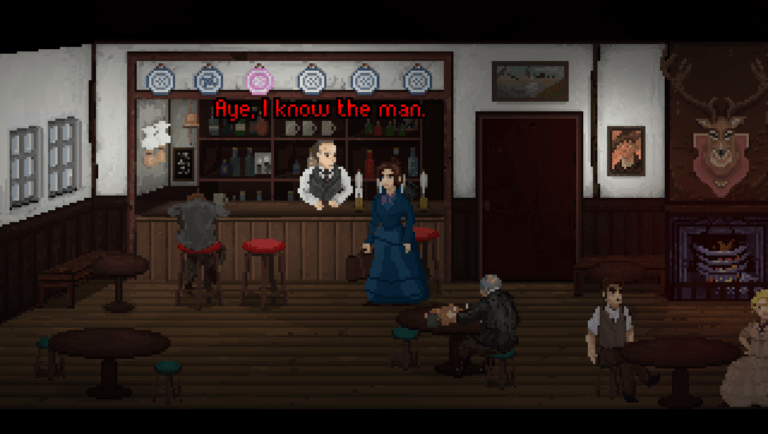 As the game progresses, we learn more about the significance of Hob’s Barrow, Bewlay, and Thomasina’s sick father. The game does a good job fleshing out the protagonist via flashback sequences and dialogue. The narrative of this game is pretty good; it allowed me to engage with the story and made me eager to see how it unfolded. The Excavation of Hob’s Barrow also gives a couple of characters more depth by delving into their past and struggles. Overall, there isn’t a dull moment when it comes to the game’s narrative. 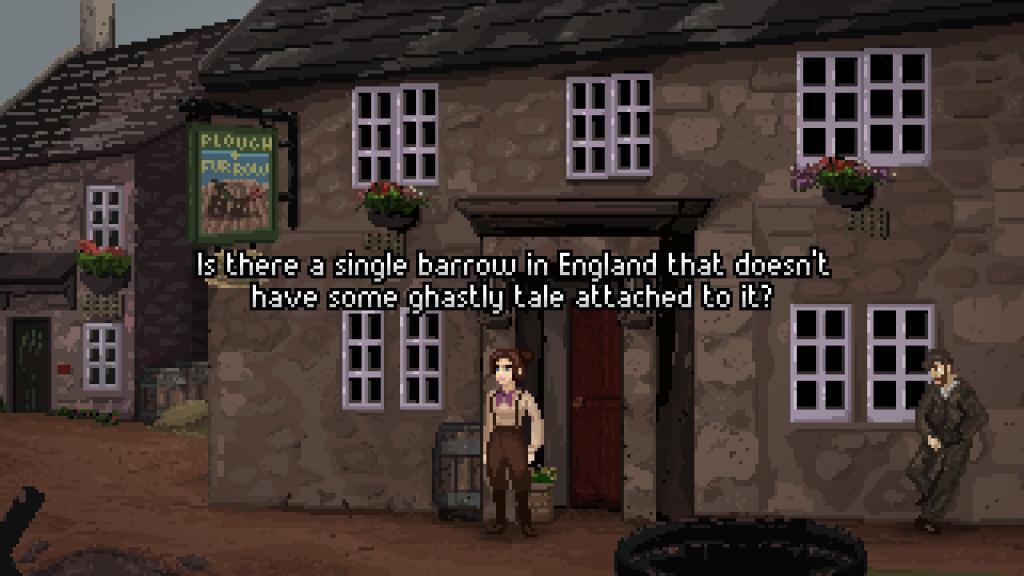 What also helps is that the game has plenty of intrigue throughout: mysteries about certain townsfolk; the reclusive Lord Panswyck and his ownership of the land Bewlay resides on; local legends and whether they are true or not; Thomasina’s disturbing dreams; and the way Bewlay’s residents don’t want to admit what they know about Hob’s Barrow. The game lays out plenty of questions – and answers most by the end.

I will say that the game’s ending fit felt a bit too unresolved. Some aspects of the ending involving Bewlay were left more open-ended than I would have liked. Although Thomasina’s journey felt narratively complete, Bewlay’s was less definitive. I still had questions about some characters by the time the credits rolled. I know The Excavation of Hob’s Barrow is mainly Thomasina’s journey, but I would have liked to have more resolution about certain things. I think that’s a testament to how well-written the game is: I cared about Bewlay and its inhabitants and wanted to know how their stories end.

Be Careful What You Say

The game plays a lot like you would expect from a modern, narrative-driven adventure game. There’s not an overwhelming amount of items to pick up. Puzzles are fairly easy for most of the game. But there are plenty of dialogue options and characters to talk to in order to learn more and progress. Hints are plentiful via the protagonist’s verbal thoughts, dialogue hints, and items picked up within the world. It’s all familiar territory but works well for this game.

At a certain point, I did feel like it took a while just to get inside Hob’s Barrow; I felt like I was going back and forth, doing many menial tasks for a little too long. This part of the game starts to drag, which does bring the pace down a bit, but it at least narratively fits within the game’s setting of townfolk fearfully and hesitant to help an outsider.

The game looks great. The pixel art style fits well with the atmosphere. Since characters and things within the world aren’t realistic or highly detailed, it makes the more unsettling moments feel more evocative. Not knowing exactly how something looked left some room for me to imagine how gruesome things could be.

Another effective thing The Excavation of Hob’s Barrow likes to do is occasionally zoom in on objects or people for dramatic effect. There are some unsettling scenes in this game, an emphasis on unnatural things as well as gruesome imagery. It’s not the most gruesome game out there, but it’s unsettling enough to strike a nerve. Whether it’s a pile of wiggling worms or someone in excruciating pain, these detailed scenes are effective and equally unsettling. I do wish there were more of these scenes because they do make sequences more immersive. It nails the folklore-inspired, small-town horror vibe it sets out to achieve. 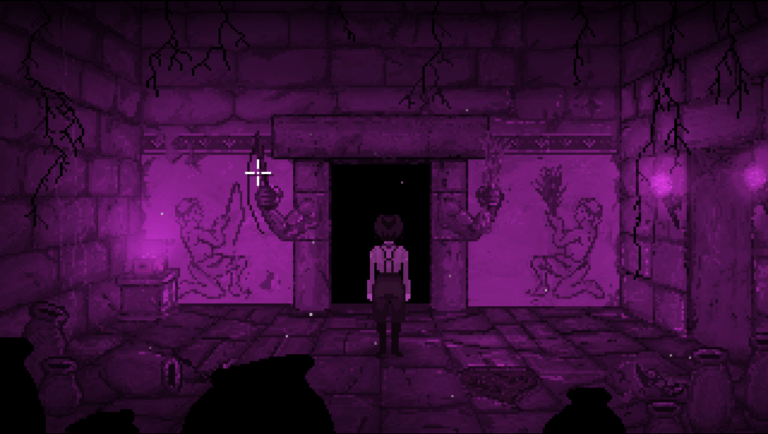 The music in this game is also superb. The main theme is unsettling and deeply atmospheric. There is one track that has an ominous feel, aided by these “something’s not quite right” clicks that make it sound like it was recorded from a scratched vinyl record. Each song fits perfectly and helps elevate the game’s atmosphere.

Voice acting across the board is superb. Every line of dialogue is voiced, which means there are a lot of performances here. So much work went into the acting! It helps make the whole experience feel more riveting. The voice actors do a phenomenal job of portraying suspicious, mysterious townsfolk. And Samantha Béart’s performance as Thomasina is stellar, believably portraying someone who’s struggling to grasp the reality of what’s happening. The Excavation of Hob’s Barrow is one of the best adventure games to come out this year. It has an engaging narrative within an unsettling but intriguing setting. If you’re a fan of a small-town mystery, don’t hesitate. Take a trip to Bewlay and see for yourself what mysteries lie ahead.

The Excavation of Hob’s Barrow is available via Steam and GOG.

Check out the official trailer for The Excavation of Hob’s Barrow below: 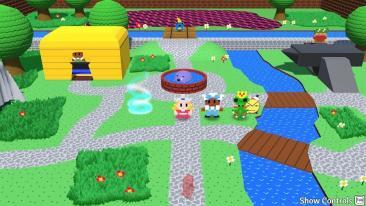