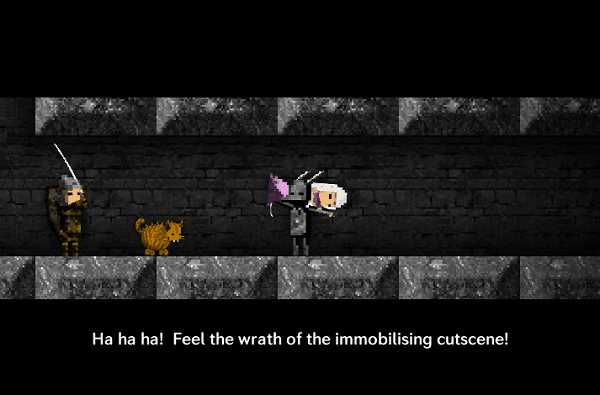 Developed by Chris McFarland, Tallowmere is the only Rogue-like platformer I know that contains a rocket launcher. With a shield that can absorb attacks, infinite jump capabilities, and kittens you can sacrifice for extra health, the game brings forth unique mechanics that make what would otherwise be a typical dungeon-crawler, exciting and fun. 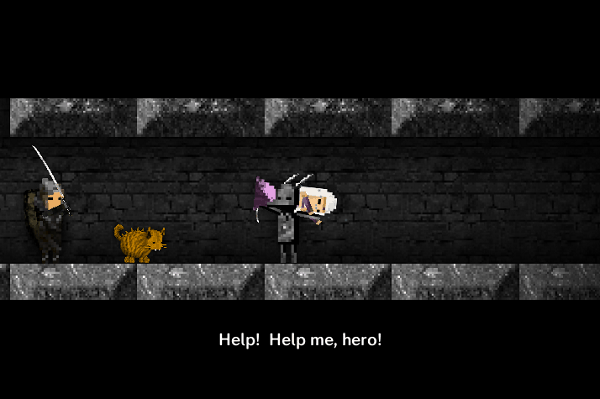 The goal of Tallowmere is to get through as many rooms as you can by killing enemies and finding keys to unlock the next area. This get increasingly more difficult the further you go on, and it becomes quite the task to stay alive as a result. My longest record alive has been a mere 17 minutes, if that’s any indication as to how challenging the game can be.

The rooms are all randomly generated but in a way that never gets dull; there are rooms that have challenges associated with them, like capturing the flag or killing all the annoying little flying fairies to get a key, while others contain super-mobs that have a lot more health and do a ton more damage.

Because the layout changes, the enemies can be placed anywhere in the room, which can make an area even more difficult. Minor grievances like spikes on the walls and poison gas traps actually feel intimidating because they do enough damage to finish the job if you happen to mistime a jump or dawdle for too long.

You have acquired the Rocket Launcher – What?

The weapons are a blast – quite literally! Along with your standard melee weapons like axes and katanas come firearms like flamethrowers and rocket launchers. Grenades are my favorite of the bunch, because you can spam a number of grenades without pause and make everything go BOOM. 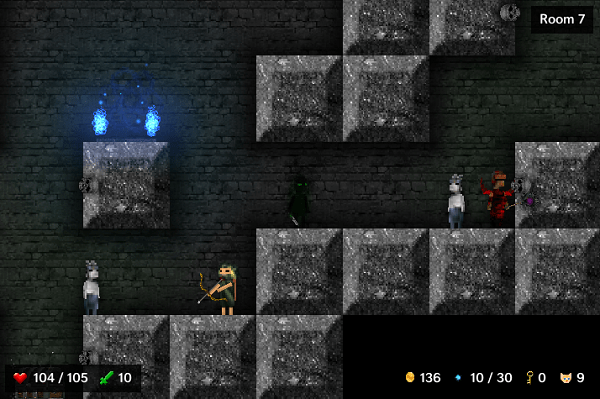 Most weapons also come with an additional effect. If you equip a dagger, the game screen will close in on your character and you become a shadow – invisible to everyone until you bump into something or start attacking. Equipping the katana is crazy fun – it teleports you from enemy to enemy all across the room. It’s gotten me killed on more than one occasion!

Both weapons and armor come from chests scattered throughout the rooms, all of which come with random stats that help make each venture through Tallowmere that much more unique. These additional stats add up very quickly as the enemies grow stronger. Some will grant you extra damage with certain weapons, health regeneration, or defense against the various things trying to kill you.

I always thought I was spoiled in a game if it had a double-jump. Hold your breath now – this one has infinite jumps. You can jump to your heart’s desire, which is very satisfying and quite necessary in order to avoid all the traps scattered around rooms. It’s a great mechanic, as well, allowing you to retreat from a dangerous situation by finding a nice little alcove up high to recover from all the craziness down below. 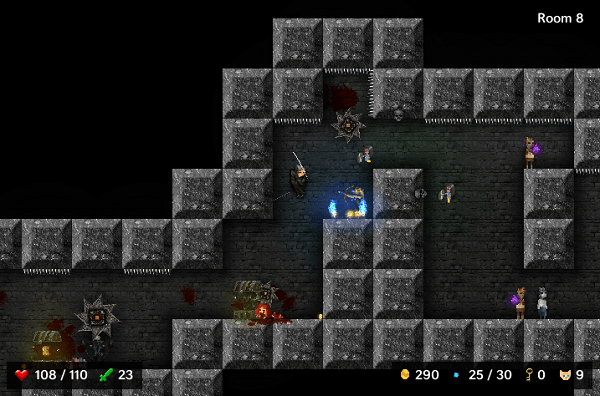 Along with infinite jumps comes a shield that can block anything that hits it. Timing is everything, as you’ll be using it to block fireballs, stun potions, and an array of angry robots that want to eat your face.

Not a Kitten-Friendly Game

A great deal of care was given to the replay value, as well. You can choose to make each run in the form of Punishments that can be chosen before you begin. Such punishments can include making enemies attack faster or do more damage, removing the add-ons of equipment, and other choices to make things harder. 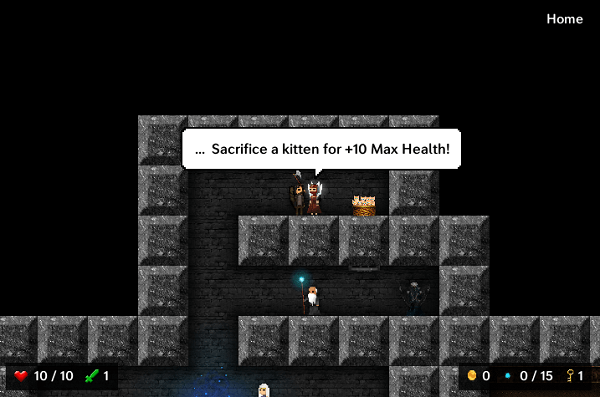 I needed quite the opposite, and found that if I was having trouble getting through the game, I could choose to sacrifice a kitten for extra health. Well…I’ve always been more of a dog person anyway! I have no regrets.

Tallowmere is great fun. While I wish the game had more of a variety of enemies – the same four or five models appear in every room – that doesn’t detract from the enjoyment I’ve gotten out of the game.

As such, I give Tallowmere my personal recommendation for any folks who enjoy Rogue-like RPG-style platformers. 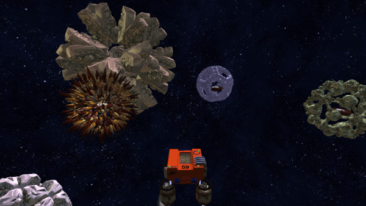 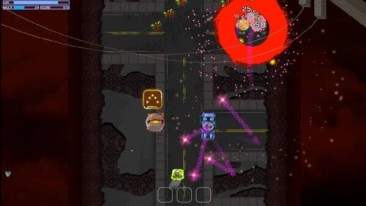