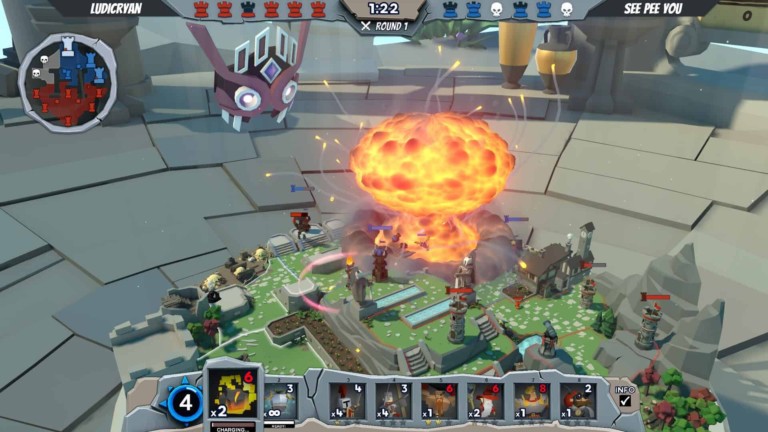 In the heady days of 2008, I played a strategy game called Tom Clancy’s EndWar. It was interesting to me because of the voice-activated units: like a budget Alexa, you could tell your units what points to move to. It also had an online competitive multiplayer and remains the only time I have played someone online in a strategy game.

That restriction might be agonizing to those who fondly remember playing Civilization V and the Total War series online with folks, but for me it just signifies stress. That one match in EndWar was nail-biting from the start, with points being captured to and fro for an hour until at the last second I sent some units in a feint maneuver off to their doom while my true attack captured the final point for victory.

It was exhilarating, stressful and far too much to handle. It’s been 11 long years, and I haven’t gone near another online match. So it’s made the prospect of playing Tabletop Gods one of trepidation.

Tabletop Gods is the first original IP from Ghost Fish Games after a run of licensed titles and ports. It’s a mix of RTS and tower defense genres which combine to create an intriguing experience in all the right ways.

Players take on the role of abstract gods in masks, vying for power as they send their vassals to miniature war on a series of symmetrical maps. They must balance defending five of their own towers whilst sending a variety of units to destroy their opponent’s towers.

It’s played over three rounds, with our capricious gods placing traps and offensive towers before each round and letting loose the dogs of war during a round. The frequency with which units can be placed is determined by a mana pool, which steadily increases and ensures no one “Zerg rushes” each other. 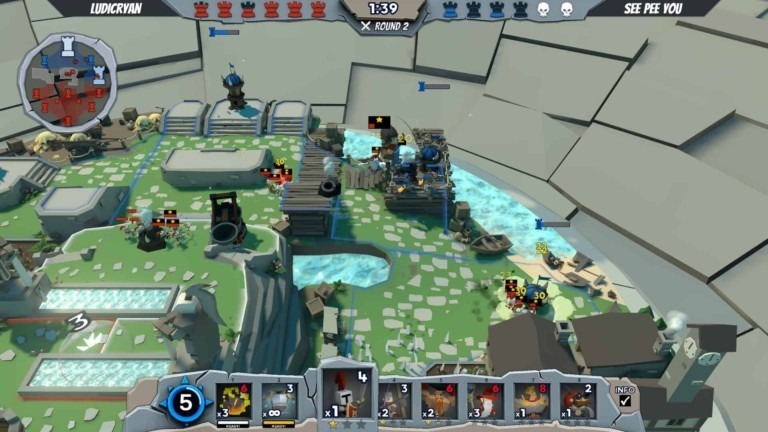 Tower defense games have always compelled me. From Crystal Defenders to Kingdom Rush, the idea of creating an impenetrable series of gauntlets that no one can breach is engrossing.

Tabletop Gods stretches what we think is possible within that genre, however. And it’s a fascinating exploration of misdirection and calculation. There’s a delicate balance which is struck in each level, and it’s impressive how well the game sustains that feeling.

The level design provides a symmetrical flow for units on their way to towers, and this is where that feeling of misdirection and feinting comes from.

Players can see the whole board: there is no fog of war. So it’s easy to see units coming to your towers, but engaging your foe with a barrage of knights on one end can be surprisingly distracting. The warm feeling of sneakily taking down one of your enemy’s towers with a tiny unit on the other side of the map cannot be overstated.

There are three factions to control in the game: Humans, Undead and Demons. They all offer variations on melee, ranged, unit and tower combat, with some special abilities thrown in for good measure.

Though at high level play the differences between the stats, sphere of engagement and unit number might matter increasingly, these differences are of little consequence when learning the game. And it’s at this point where Tabletop Gods falls into a familiar pattern. 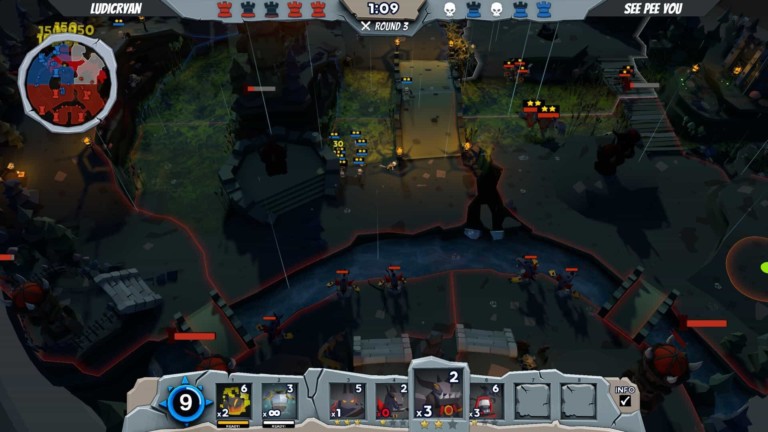 The single-player campaign is divided into a few different chapters, which contain several missions each. What little story there is fails to mask the true intent behind these missions. They are preparing the player for the real game: competitive multiplayer. Different unit types are slowly introduced whilst the difficulty increases for no other narrative reason than to make the player “git gud.”

And I’m not opposed to this, but it is a wearying conceit at times. And that can be a harsh criticism for an Early Access title, but it’s a direction that can have damaging consequences for the game’s sustainability.

This focus on competitive multiplayer makes me worry for the game. Indie multiplayer titles can live and die by their install base. If the real meat of the game is online, then there better be sufficient numbers of players that can sustain that. It’s a harsh reality, but with so many games competing for the attention of one player and all their friends, it can be a disconcerting direction for such a promising game to go down.

But the difference is those games had local multiplayer to fall back on somewhat.

This worry is compounded by how cool the lobby features are in Tabletop Gods. So much attention to detail has been given to the embodiment of the player as a god overlooking a table.

Fire flickers in braziers in the corner, scrolls float in imaginary hands, a scoreboard tallies the rivalry between two players. Ghost Fish has created a fun atmosphere to hang out and watch other games.

The Loneliness of the Gods

When I did manage to find a couple of others playing, I thoroughly enjoyed watching their tense match from the sidelines. It was a titanic struggle of the mind won by the slimmest of margins. And I can readily imagine how great that moment would have been with a dozen other players in floating masks looking down on the action, all feeling present in the moment.

But there wasn’t anyone else.

And that emptiness reflects the reality of so many amazing games that are made at the minute. It feels like this game should have been made years ago because it’s so innovative and fun.

I inevitably worked up the courage to break that 11 year run of not playing a competitive strategy game online. I jumped into the lobby after completing a dozen or so missions and waited for an opponent. And waited.

Tabletop Gods is available in Early Access via Steam.

Watch the Early Access trailer for Tabletop Gods below. 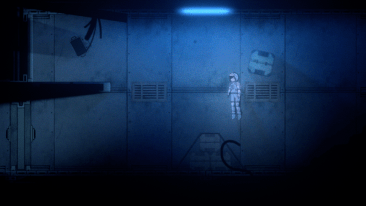 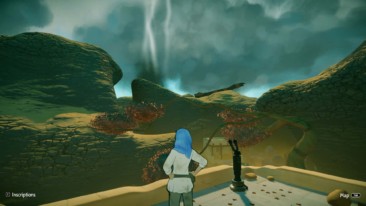