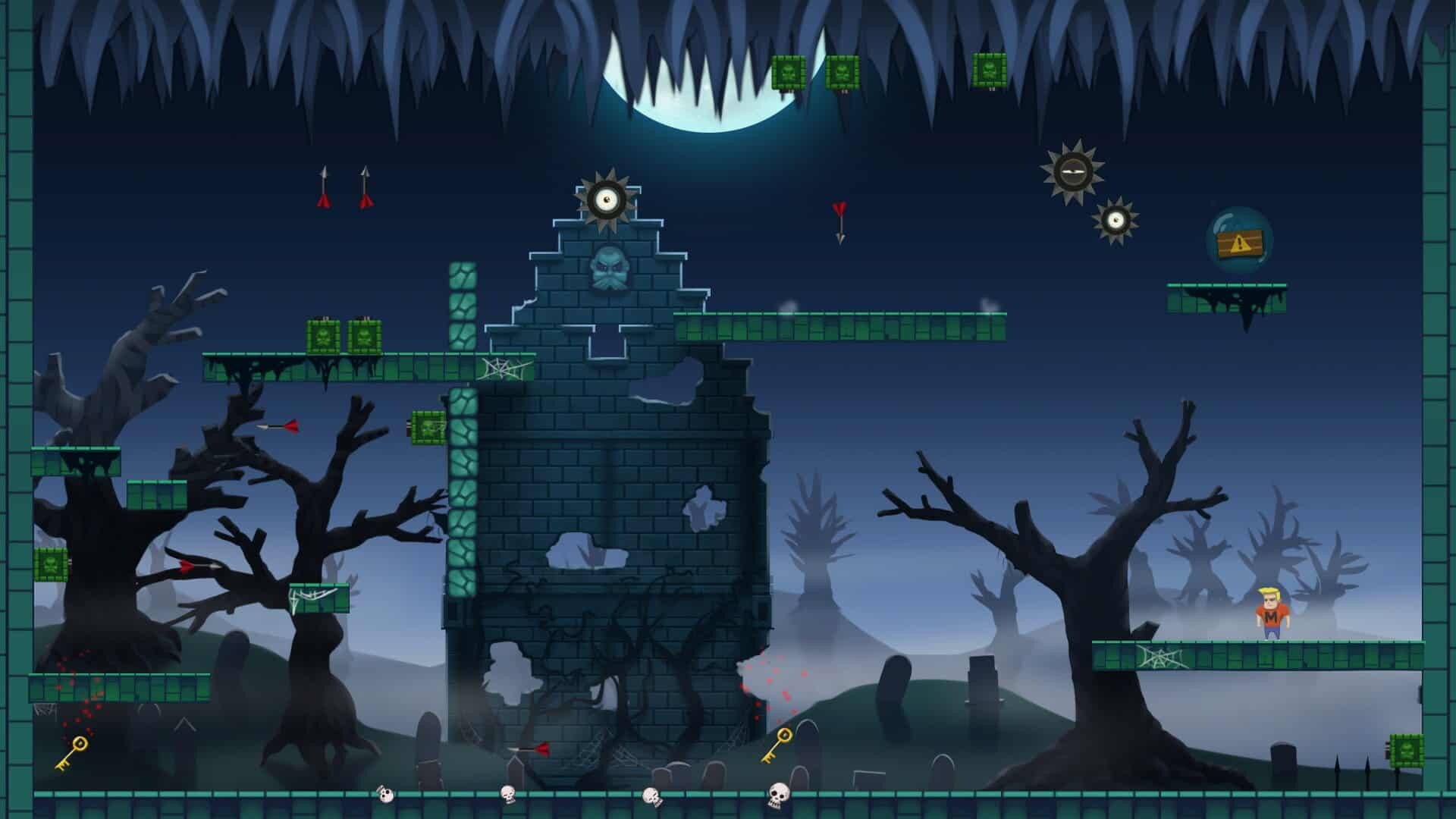 Swaps and Traps from TeamTrap

Falling victim to mischievous traps, Mike must advance through challenging environments in order to capture his arch-nemesis, Divider. Not only does Divider torment our hero with fatal spikes and a stunning mustache, he also fashions an enchanted hat and gifts Mike with cursed keys. Thus, bits and pieces of the screen alter and relocate to throw off Mike’s perception of reality. Swaps and Traps not only tested my patience, but also caused strain in my neck muscles in attempt to identify Mike’s next move.

Jumping through drastic hoops in conjunction with the unpleasant cranking of the head produces a unique yet gratifying twist on the platformer genre. TeamTrap takes a challenge and speculates how to scheme an even more maddening scenario. Luckily, the smooth controls soften the blow. Mike glides effortlessly from platform to platform, but dodging lethal obstructions establishes his fate. A mere accidental brush of a spike propels Mike back to the beginning of the stage, undoing every thought out step toward success. 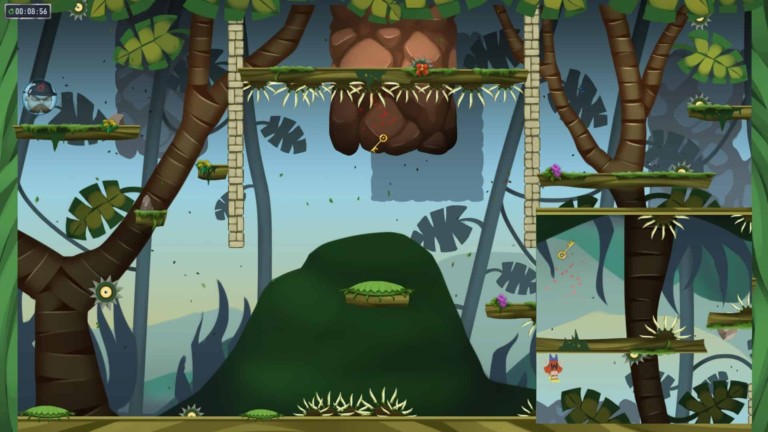 Fortunately, infinite chances at embarrassment and failure pave the path toward overthrowing Divider once and for all. Learning from countless mistakes made through miscalculated jumps assists Mike in plotting his revenge. Brawling with the timer in attempt to clear a stage in record time won’t grant the golden ribbon. Memorizing a level’s layout through trial and error, however, proves to increase the probability of success. So what if Mike’s death count surpasses a hundred? There are radical Steam achievements for such things.

When confusion is overwhelming, a deep breath and a couple of Hail Marys help ease the inescapable rage. The complex changes bewitched by Divider require rewiring the brain to understand that sometimes, “up” suddenly becomes “left” – hence the very awkward tilt of the neck as Mike’s position transforms. Time and time again, losing any sense of direction became a constant battle in Swaps and Traps. Luckily, battles can be won. 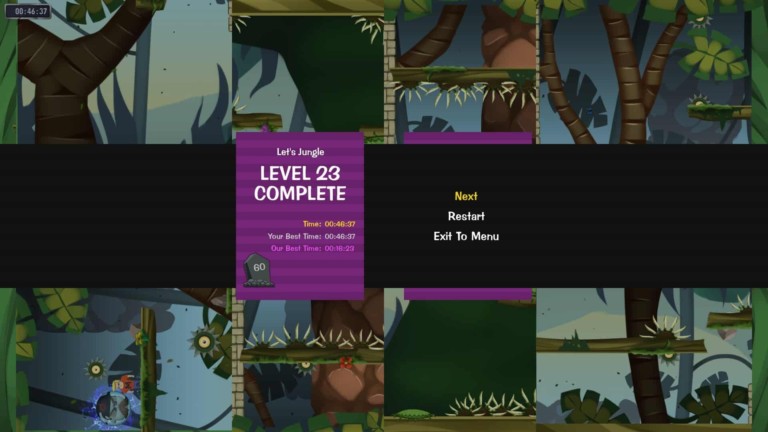 Sometimes, the luck of flicking the analog stick just right to avoid a homicidal spike is enough to grant pure joy. Otherwise, viewing the stage at its original state presents a much easier conclusion. Swaps and Traps does its darnedest to throw Mike into a tizzy – mission accomplished – but the helpful tip of momentarily reverting back to how things were before everything went wrong prevents a lot of heartache. Though the madness only grows stronger, the ability to overcome improbable obstacles becomes a little less confusing.

The commentary transpired in Swaps and Traps adds an extra twist of torment to Mike’s expedition. Divider not only irritates Mike with alterations of the screen, he also conveys his conniving emotions with taunting remarks. As Mike inevitably falls to his death for the umpteenth time, snickers of the mustached fiend echo onscreen. In retrospect, hearing the disappointment in Divider’s “Nooo!” as Mike bypasses the chaos is pretty satisfying. 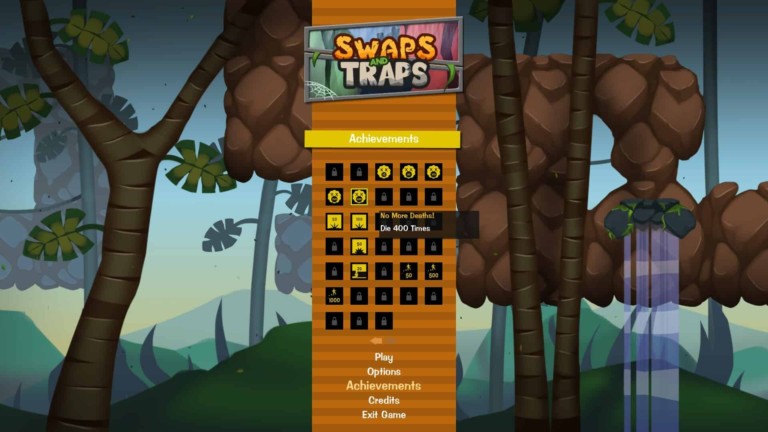 Swaps and Traps reels players back in with its addictive gameplay and infuriating deceptions. Though some traps seem repetitive, the variance of environments and their layouts generate a new puzzling experience every time. Granted, some stages are more complex than others. Mastering and beating them in record time, however, revamps the challenge all over again. The Divider may possess a magical hat, but with some enthusiasm and alarming profanity, Mike ought to save the day.

Swaps and Traps is available via Steam.

Watch the official Steam trailer for Swaps and Traps below:

Abo Khashem Review – You’ve Got to Be Kitten Me 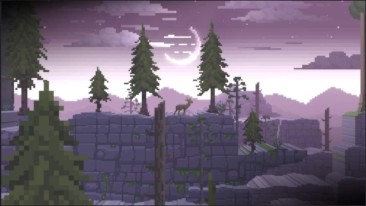