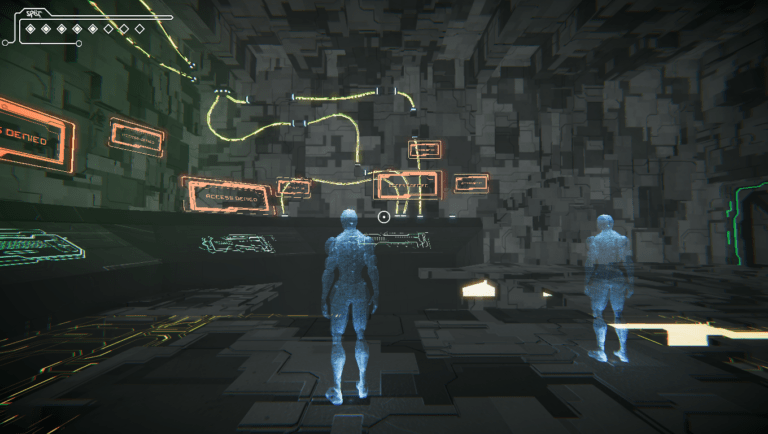 When I started Split, I got the sense that something was amiss: the game starts with protagonist Pirx arriving to work at his boring desk job when suddenly he is sequestered by an unfamiliar woman named Stella. She convinces Pirx to help her save the large city they reside in from doom. To do this, Pirx must hack into the city’s defense system, known as Split. 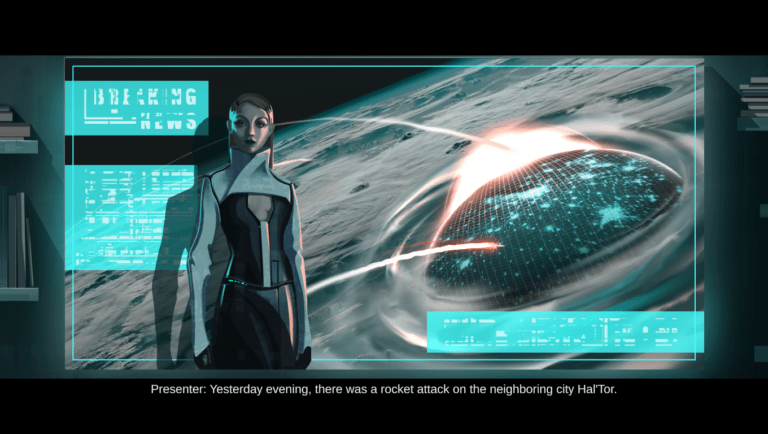 It’s a nice narrative setup that kept me invested. The game utilizes slideshow cut-scenes after certain levels to move the plot forward. The plot does feel more cliché and doesn’t go in fun or interesting places, but it is executed well enough to add a little depth to the puzzle-solving.

Reminiscent of games like Portal, Split’s first-person puzzle-solving gives you the tools and lets you loose within its 20 levels.

What’s great is that whenever a new mechanic is introduced, it eases you into them. It rarely feels overwhelming or too complicated. Its mechanics are easy to grasp, which is essential to creating a fun and rewarding puzzle experience.

And thankfully the game is fun. I really enjoyed the puzzles here! Mechanics include cloning yourself to step on a button and rewinding time to create a clone that executes every previous action. There are a lot of neat things here to make the puzzles feel like a challenge.

Split also does a great job mixing things up. There’s a level where you are pushed forward and have to dodge environmental hazards. There are also some light platforming sequences and even some aggressive robots to shoot. From sequence puzzles to environmental traps, there is hardly a dull moment. There is just enough variety here to keep you on your toes without being too punishing.

The game is currently in Steam Early Access. It seems like it’s practically done, but the developers want to refine and fine-tune it more. I did notice some missing voice-over lines here and there, but nothing else really noticeable, so don’t be discouraged that the game won’t be completed any time soon.

Visually, the game looks dark and moody, like a more dark and atmospheric Tron, oftentimes slightly unnerving but oozing with cyberpunk flair. It may be too simplistic and too dark for some, but I think it fits this game’s “hacking inside a computer” narrative well. Walls and geometry are blocky while lights are neon bright to the point of putting a modern RGB PC build to shame. Overall, I think it nailed its art style well. It’s minimalistic but effective. 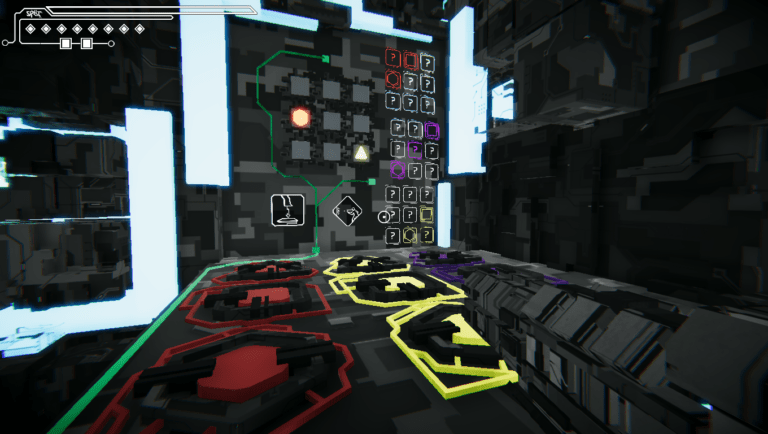 What’s a hacking-themed game without electronic beats? The answer is “not as cool,” so it’s a good thing that the developers gave the game some synth-inspired tracks to make the whole experience feel complete. Split’s soundtrack is ambient and not too overwhelming. (I always appreciate puzzle games that have soft ambient tracks instead of loud distracting tunes.)

Split is a solid puzzle game worthy of your time. Its puzzles are just challenging enough while offering some neat mechanics involving time manipulation. I will say that your enjoyment may vary depending on how many puzzle games you’ve played, because although its mechanics aren’t boring, it doesn’t do a whole lot of wildly different things for the genre. It may also be a bit too easy for seasoned veterans.

Still, as someone who enjoys an occasional puzzle game here and there, I enjoyed it and recommend it.

Check out the official trailer for Split below: 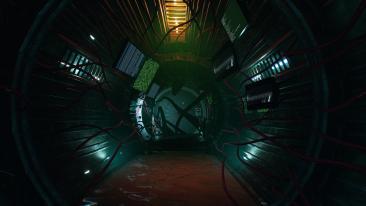 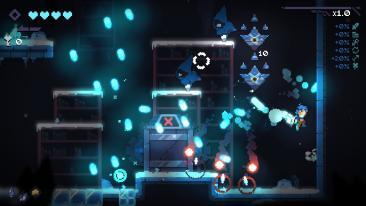