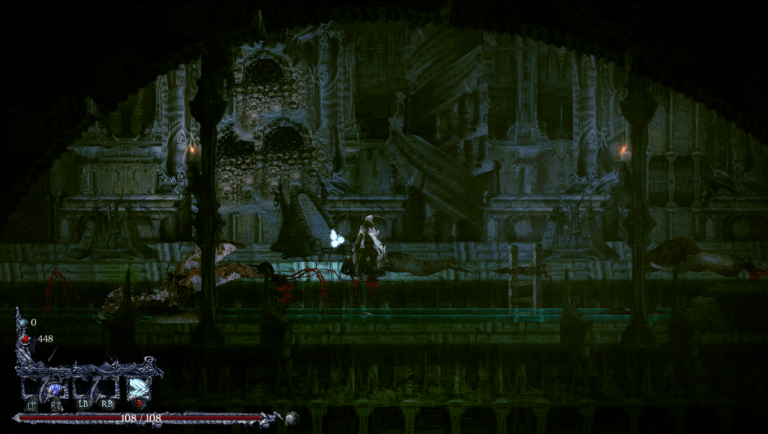 Source of Madness by Carry Castle

There have been a number of Rogue-lite action games over the past couple years. It’s a popular trend to make a game where randomization and perma-death are core aspects of the experience. Carry Castle follows this trend with Source of Madness while delivering a fun overall experience. 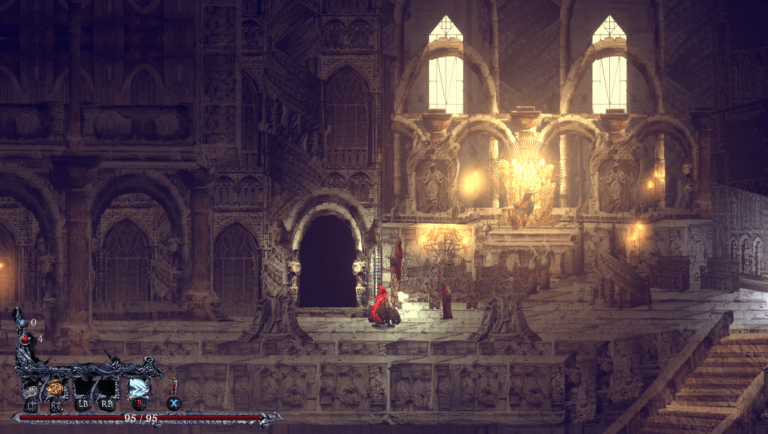 The narrative is mostly sparse. Like in the Dark Souls games, info about the lore and characters are divulged via lines of dialogue from NPCs. I encountered enough nuggets of lore to keep me intrigued. I learned bits and pieces here and there about this dark setting, like a Cult of Knowledge and their mysteriously sealed-away dungeon, shrines scattered around various areas, and geometry within the world that made me question what the heck was going on. I think there is enough world-building here to keep things interesting.

Combat feels akin to something like Axiom Verge, except a bit more frantic. Shooting enemies with projectiles is the main option when it comes to offense. I was able to equip rings that gave out fireball projectiles, arcane orbs, bamboo arrows, and even summoned boulders. There are plenty of rings and items to experiment with that have their strengths and weaknesses. This kept the gameplay from feeling bland.

I found the game’s combat to be a lot of fun. Enemies themselves offer just enough challenge to make things feel rewarding. I also found Source of Madness less frustrating compared to many other Rogue-lite games that I’ve played.

The game’s world consists of a bunch of connected different areas. Each area consists of a unique biome. These areas are connected via a fairly linear path. Some areas are more explorable via maze-like paths or hidden rooms. The areas themselves are enjoyable to explore.

The game also incorporates a lot of Rogue-lite elements into the fray. For one death, is permanent. When you die, you have to start all over with a new randomly generated character. It may seem like a hassle, as all items found during each run is also lost, but Source of Madness features a permanent currency that carries over through each play-through and can be used in an upgrade tree to purchase permanent upgrades, like a flask to restore health or a permanent increase to your character’s overall health. This helps you feel some sense of progress.

What helps mitigate repetition is the game’s use of procedural generation. Areas and monsters are different for each play-though. I encountered plenty of grotesque, tentacled monsters that crawled on the ground; others flew, and some walked on two legs. Also, areas were different each time. It makes everything feel a bit more organic as a result. These elements are a nice touch that makes trudging through areas less of a slough.

I did run into a couple issues that hindered my enjoyment a bit. Since monsters are unorthodox-ed, it can be hard to know when they are attacking. Their limbs glow when they’re about to strike, but it’s still difficult to tell since many monsters have a number of limbs that can obscure the glowing ones.

Also, when an enemy is killed, its rag-doll corpse bursts into a bunch of pieces, which become a view-obscuring object. This can become an issue when two or more corpses flood an area, making it harder to see enemies.

Another issue I ran into is that projectiles are a bit hard to see. They are defined as they glow in the air, but among the corpses and frantically attacking enemies, it makes things a little too chaotic at times. 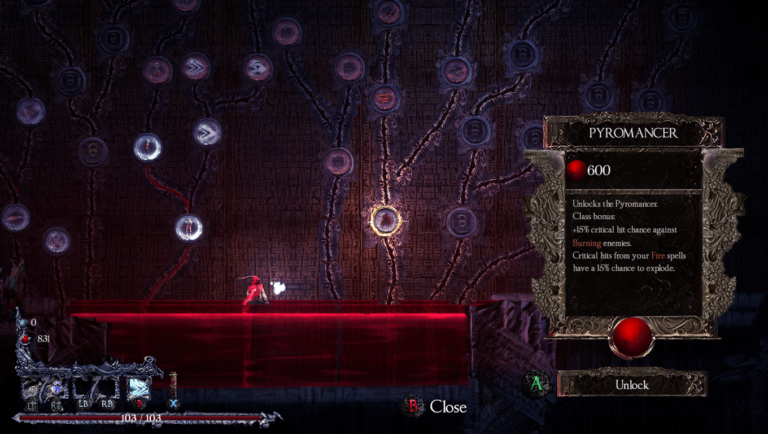 The game looks great. Many areas feature plenty of highly detailed textures, while the darker locales featured more organic-feeling, unsettling geometry like pulsating walls. It’s a nice mix of Gothic, slightly grotesque, and Victorian that makes for gnarly-looking places. It’s all well-executed and creates an inviting but equally unsettling world.

I also must mention the music and sound effects in this game. There are plenty of unnerving sound effects. Whether it’s the loud cacophonous roar of a mini-boss or the death whimper of killed monsters, there is plenty of noise to make the whole experience more eerie. The music also adds a lot to the game’s dark atmosphere. Source of Madness’s score features dark ambient tunes that are soft and melodic, even nice to listen to.

Source of Madness is shaping up to be a great Rogue-lite. I do have some issues with the game’s physics, which affected its gameplay for me, but everything else is a lot of fun. I really enjoyed my time with this game, and I’m looking forward to delving further into the Source of Madness as soon as I finish this review.

Source of Madness is available in Early Access via Steam.

Check out the official trailer for Source of Madness below: 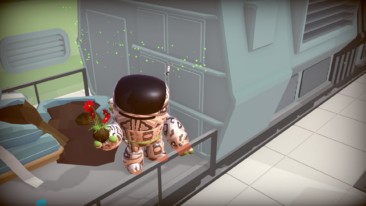 InfinityWaltz’s Column of Curiosities – Stop and Smell the Flowers 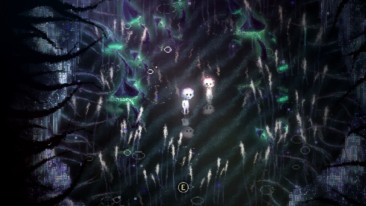