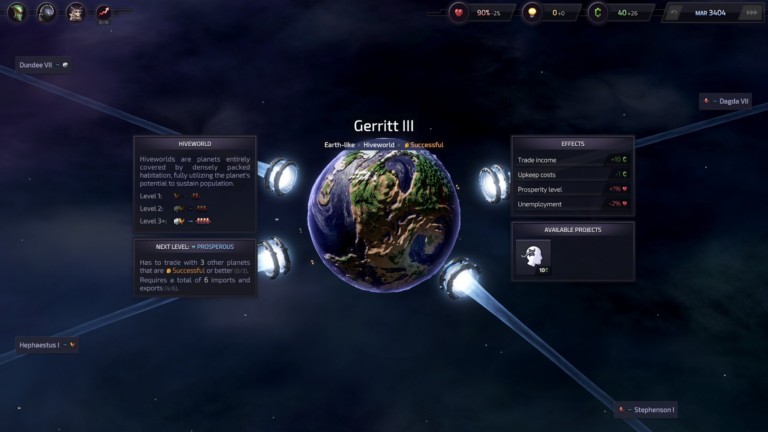 Slipways is styled as a 4X empire-building game that strips away all that unnecessary warfare, diplomacy and granular detail, leaving behind a tidy little empire management game that is laser-focused on establishing successful trade networks and optimizing an interstellar business empire in a bite-sized session.

By stripping away much of the detail of a full 4X Slipways has created a streamlined experience, but there is still a lot to unpack here.

Launching Right into the Action

Story is not the focus of Slipways; a campaign mode is available, but this is unlocked through play rather than the star of the show. Instead, Slipways is eager to get its speedy planet colonization event on the road. A comprehensive tutorial is available to read in-game, and this takes all of five minutes, making for a swift introduction to all of Slipway’s systems. 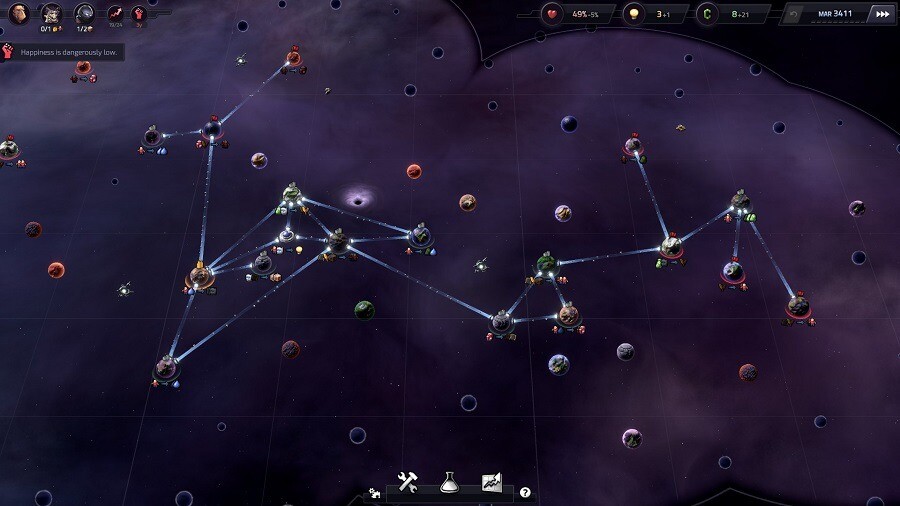 After a quick read, it’s straight into trade empire management. Slipways wisely simplifies the first run by removing pre-game choices and launching a basic scenario. The core of the game can be broken down into three key actions: discovering new worlds with probes, deciding what each new planet should do (from a limited list for each world), and – finally – linking worlds together with trade routes (the titular slipways) to establish healthy trades.

Each of these three stages is extremely simple and handled with one or two clicks. Probes can be flung from held planets to identify pings within range (usually revealing some worlds to explore), then these worlds can be clicked to show a small dropdown menu of options for development. These options range from simple colonies to factories, mines and many others. Each kind of world both produces certain types of resources and requires others for its activities.

This leads to the last stage: creating slipways between worlds ensures that these planets can trade their valuable resources and keep their populations happy. Making sure each world gets what it needs (and, ideally, sends its own produce to somewhere that needs it) is central to success in Slipways. 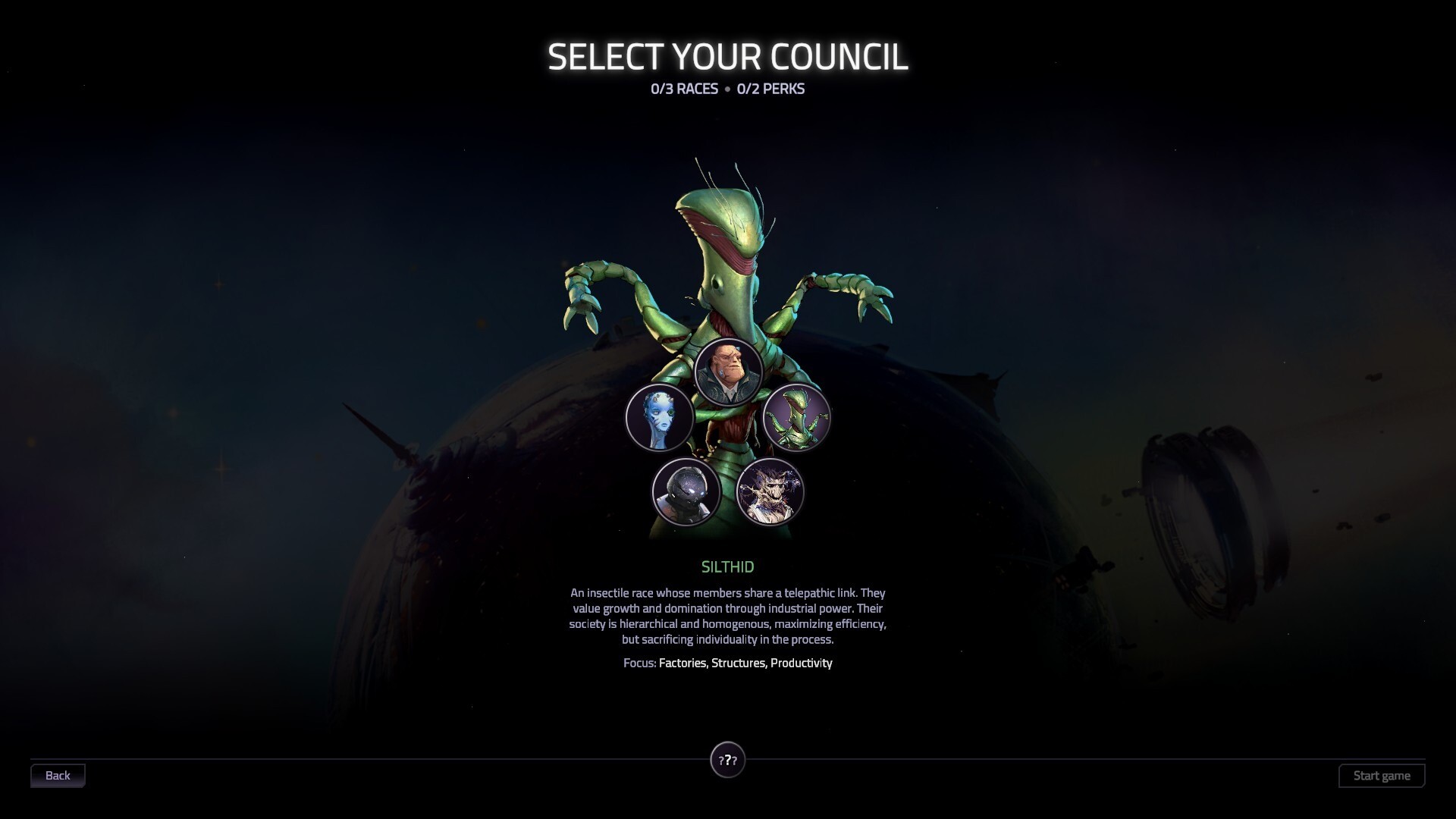 Can “Grand” Strategy Be This Minimalist?

A standard game of Slipways lasts 25 years in-game and about an hour in real-time. The objective is, within this window, to build as successful an empire as possible. This is generally measured in terms of profits from trade, happiness of citizens (they grow displeased if their planet isn’t receiving what it needs) and the vastness of the trade network.

Overall, I found my first few games to be enjoyable, but I did feel like Slipways functions almost more like a puzzle game than a strategy. Connecting planets for trade can feel more like a game of snap than a carefully plotted empire. I suppose this is the trade-off for a more simplified experience.

Thankfully, Slipways does have some tricks up its sleeve to add a little depth. Research can be performed to unlock technologies which are, in turn, decided by a choice of three advisors at the start of every run (and even then, these advisors do not provide all of their research options in a single run, providing some replay value and a certain Rogue-like quality). These techs include game-changing options such as being able to colonize asteroids, extend slipway range and even the ability to move inconveniently positioned planets around. There are plenty of possibilities to vary each run, making for some interesting challenges. 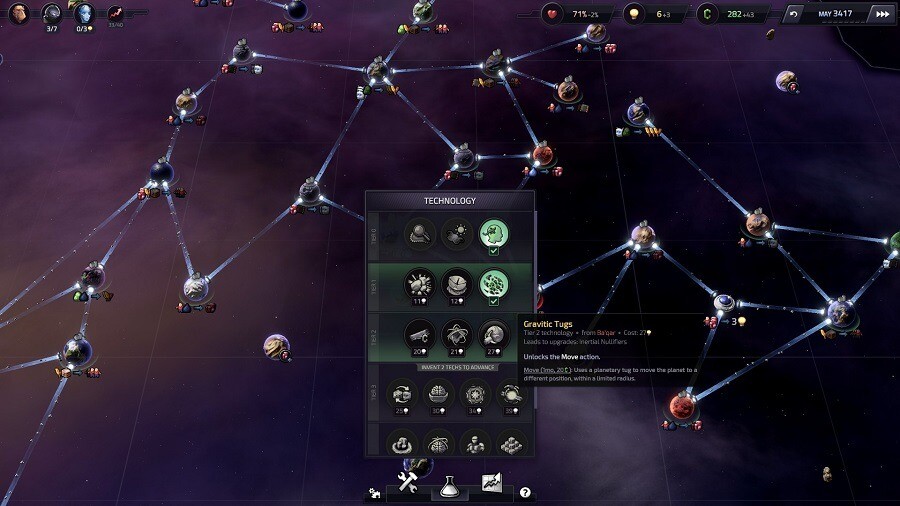 Slipways features some particularly elegant visuals with smooth animations. This, coupled with a laid-back soundtrack and some quite soothing sound effects, makes for a relaxing experience. The majority of the design work is solid, too; the icons for different resources are all very distinct and readable, and the various alien advisors are all characterful.

Slipways is a great concept well executed; reducing the evening-consuming scale of 4X games down to a simple and easily digestible colonization game is a novel idea.

I do feel that the reduced complexity borders on shifting the intended genre, and the lack of direct conflict strips away a crucial strategic element, but for the most part Slipways succeeds at delivering exactly what it sets out to: a pocket-sized take on the 4X and a great way to spend an hour of your time.

Slipways is available via Steam.

Check out the official Slipways trailer below: 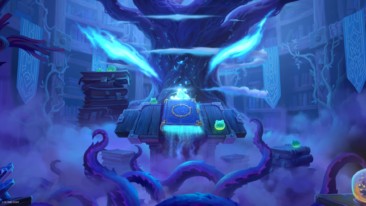 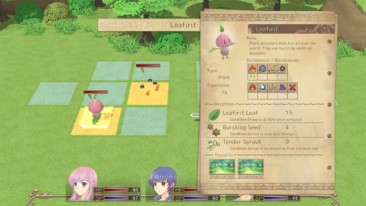