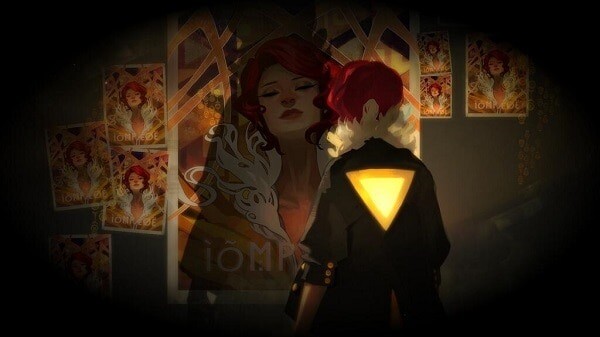 Transistor – What We Think

Supergiant Games blew us away in 2011 with Bastion (link to our review), a game that took the top spot on our Best Indie Games list for said year. This ambitious indie action RPG rose beyond all expectations, and presented a vibrant, fast paced experience with highly customizable combat options.

With its sleek sci-fi visuals, one could well imagine Transistor to be a futuristic version of Bastion. Both involve a desperate last ditch attempt to save an almost certainly doomed civilization and a fixed isometric third-person fighting interface.

However, the differences are more than a mere thematic coat of paint: the combat system in Transistor is a highly evolved form of that found in its spiritual predecessor, incorporating a wealth of potential elemental pairings. The end result is a riveting narrative propelled forward by nuanced battle sequences that require as much strategic planning as they do quick reflexes.

Red begins the game standing above a corpse impaled by a giant sword blade, and her hands are gripped on the hilt. The blade begins to speak, encouraging Red to leave the scene. As she travels, she is able to piece together the events that led to this grim beginning.

She discovers in short order that her voice has been stolen by the Camerati – a powerful secret society with grand plans for the former Utopia – and that the sword she found was originally intended to be used in her own assassination. Countless other influential citizens have been cut down to eliminate resistance to this shadowy outfit’s lofty goals. Armed with the sword that missed its mark, she must fight through the crumbling city for answers.

The city is devoid of other human beings, save for the dead. The only other entities are the drones of the Process. This vile contagion is quickly spreading across town, wiping out any traces of civilization in its wake. Though there are only a few types of enemies in their ranks, they are capable of evolving at an alarming rate, giving them powerful new abilities each time they are confronted.

Red’s progress reveals a tale of the ultimate democracy, and the fate that befalls it when a handful of elites attempt to forcefully sidestep that ideology. Each piece of the land’s history revealed by Red only adds to the tragedy of its unraveling.

All Things Being Equal

While there are similarities to the fighting system employed in Bastion, Transistor blows off the doors, revealing an entirely new take on combat. The main focus is still on intense action-centered skirmishes, but there is also a need for precisely plotted strategy. To be frank, favoring a guns-a-blazin’ style of fighting is going to get you killed.

Rather than engage wholly in real-time action, you can use a charge from the Transistor to freeze time, allowing you to plot a limited sequence of attacks. A bar above tracks the moves as you lay them out, and the stats listed next to each on screen enemy will display how your strikes will affect them (total damage, status changes, etc).

You’ll unlock new abilities as rewards for leveling up and from defeating certain enemies. Any core you acquire can be used as a main face button weapon, a support ability, or a passive booster. Each power changes depending on the category in which it is placed, and based on the additional power with which it is linked.

In short, there are thousands of possible combinations at your disposal. The effectiveness of each attack also depends on how they are chained in battle, and against what type of foe. Before a major clash, there is usually a terminal that can be used to reallocate your skills and save your game; even if your favorite layout fails, you can try a whole new layout the next time you charge into a conflict.

Of note: every new combination you try is likely to unlock a new piece of information/backstory about the origin and nature of the hack, consistently embellishing the backstory and heightening the narrative contribution.

Trying to learn the ins and outs of the system on the fly can be vexing. Keep an eye out for back doors: These lead to a holodeck environment that offer a practice space that allows you to try various combinations against an endless throng of debilitated drones. You can also take on a series of challenges that will help to fine-tune the skills you’ll need to survive in the outside world.

When your life bar depletes, it will cost you a the use of a face button. This can lead to additional headaches, as the attack associated with that core will no longer be available in your current battle. Losing all four face buttons will result is losing the game, though you’ll have the chance to start the battle again from the last used terminal.

You can also unlock and employ limiters: these will make certain aspects of the battle more difficult for you, but will also result in a bonus when experience points are doled out. If you can handle the self-imposed handicap, you will be rewarded earlier with extra powers. Finding the balance is up to you, and your gumption.

Get Down With Your BadCells

The visuals are a jaw-dropping eyeful; they immediately conjure up memories of Blade Runner, though with subtle Steampunk influences. The combination manages to simultaneously capture the city’s former opulence and its current state of erosion.

Each stage is graced with its own music track and battle music. Over the course of the game, there are dozens of unique tunes, all of which deftly embody the weary, collapsing urban sprawl. Playing through each of the backdoor challenges will unlock a single track that can be heard in your oasis. It may be too early to call, but it’s hard to imagine another game sporting a soundtrack to rival the lineup found in Transistor – a legitimately alluring trip-hop/downtempo playlist to rival the best of the genre.

While the entire ensemble vocal cast are to be lauded for their efforts, I’d be remiss if I passed up on the opportunity to praise the voice of the Transistor itself. Logan Cunningham plays as the ever-present narrator on Red’s journey, smoothly (and yet grittily) imparting his take on the ins and outs of the looming apocalypse, melting and gently scouring across the lore like a shower of buttered gravel. Cunningham’s subdued, hipper-than-thou confidential tone sustains an irresistibly melancholic and romantic pallor to the events unfolding in a procedurally generated method that has become a calling card for Supergiant’s engine.

It should be noted that on the PlayStation 4 version, the light bar on the controller pulsates as the Transistor speaks, and there is an option to have the narration play through the Dualshock 4’s built-in speaker. The localized vocal delivery may seem like a small thing, but it really adds to the level of immersion. In fact, I have to wonder why the devs didn’t make this the default setting.

A Glitch in the Matrix

The game plays with a fixed camera, and this can lead to some problems. Without the ability to rotate the camera, enemies can get lost behind objects during the planning phase. Even ones that should be within Red’s line of sight can in some cases be rendered inaccessible.

In targeting foes, I also found that if my reticule passed over one, it would only “capture” it the first time. It wouldn’t zero in again unless I set a false target, and cancelled out. Figuring out the fix was a little frustrating, but certainly not game breaking.

An Instrument for Change

From a human perspective, Red’s tale is deeply touching, and it manages to stand out in a complex sci-fi realm bustling with deception and intrigue. From a technical perspective, you’ll likely spend hours tweaking your perfect battle layout, cursing as it comes apart, and reveling as it all comes together.

Transistor is in every way an improvement on Bastion, though as it takes the action RPG gameplay in such a different direction, in many ways the comparison is moot. Supergiant Games has embraced the future with Transistor, and I highly recommend you do the same.

Get Transistor on Steam

Get Transistor on the PlayStation Network

Watch the launch trailer for Transistor: 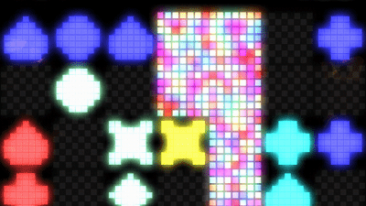