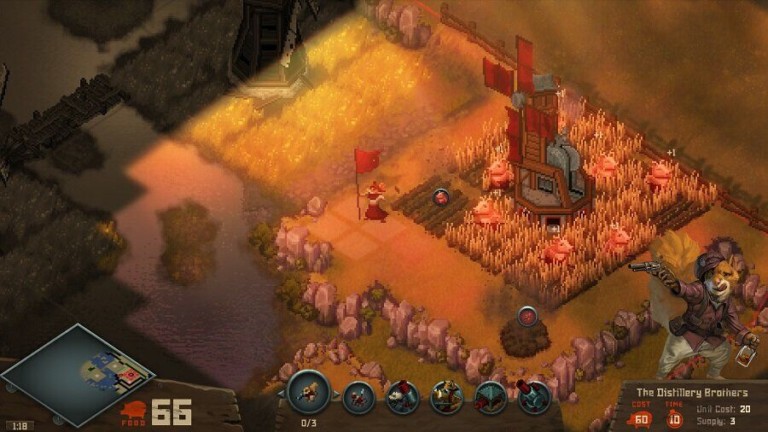 Tooth and Tail from Pocketwatch Games

Tooth and Tail is an innovative take on the strategy genre from Pocketwatch Games, developers best known for their excellent work on Monaco: What’s Yours is Mine. Breathing fresh ideas into a genre as complex as real-time strategy is a tall order; many new ideas have fallen flat in the past, and the nature of the genre is such that new concepts need to be engaging at the outset or risk being set aside. Tooth and Tail is a bold, stripped-down reinvention of the RTS that manages to succeed in presenting new ideas whilst remaining entertaining from its first moments.

The narrative and setting of Tooth and Tail merges cutesy animals with a dark, political scenario that evokes stories such as Animal Farm or Watership Down set during a Bolshevik Revolution in an alternate dimension. Several factions are vying for power in a bleak, industrial-era world, and here power generally translates to food (and food is quite literally the flesh of one’s enemies). Most animals in Tooth and Tail have renounced non-meat foods, so the situation has devolved into war over who gets cooked. The darker aspects of the narrative aren’t thrust to the fore, but they are there, and Tooth and Tail wields an unusually discomforting atmosphere as a result. 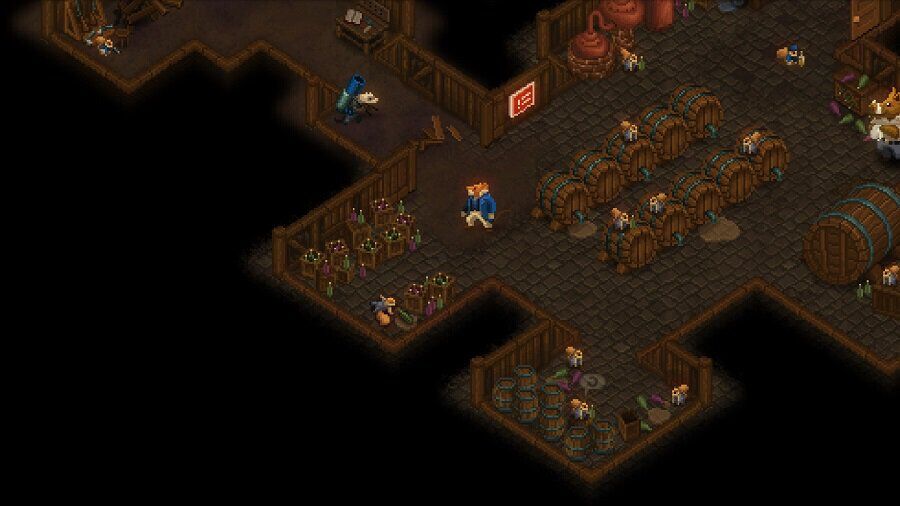 The campaign of Tooth and Tail rotates the player through the four leaders of the factions fighting this war, shifting through the many available units in the process. Small but dense hub areas are provided to expand on the story and present new missions. I found these hubs to be particularly entertaining aspects of the game, with Bellafide’s tavern being an excellent and rather welcoming setting for the start of Tooth and Tail’s adventure. The game also features an online multiplayer mode for late night PvP matches.

Tooth and Tail’s unique twist on the RTS genre unfolds quickly, and the game doesn’t feel bogged down in tutorials. The premise is actually reasonably familiar; it’s the traditional strategy formula but with much of the bloat trimmed out. Gristmills (farms) form the essential backbone of your military production, and all unit-generating structures are built around them. Defensive structures are available, but the game doesn’t want to get sidetracked with tech trees and support buildings; this is all about the units. 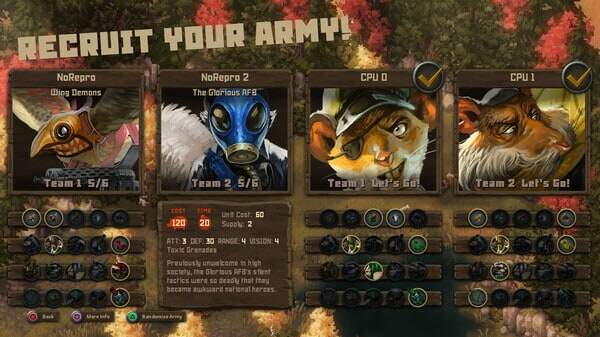 Perhaps the biggest change from traditional strategy games is that the cursor is replaced with your faction leader, whom you must navigate around the map directly, risking death (followed by a short respawn timer) if you get too close to the front lines. The leader can call up troops, direct focused fire on specific targets or order retreats, and this forces you to bring the general into the thick of the fight. I found this to be an engaging idea, and it drew me into the battlefield in a way that being an invisible overseer never could.

Another appealing mechanic Tooth and Tail brings to the table is procedurally generated levels. I first became aware of this feature when undertaking a mission that involved finding mercenary units dotted around a desert (a bonus objective called for the level to be completed without building any structures). Having failed on my first attempt, I was both irked and delighted to find that I would have to hunt down all the mercenaries again; they, and the terrain, had been randomly redistributed. The replay value of Tooth and Tail is considerably enhanced by this feature. 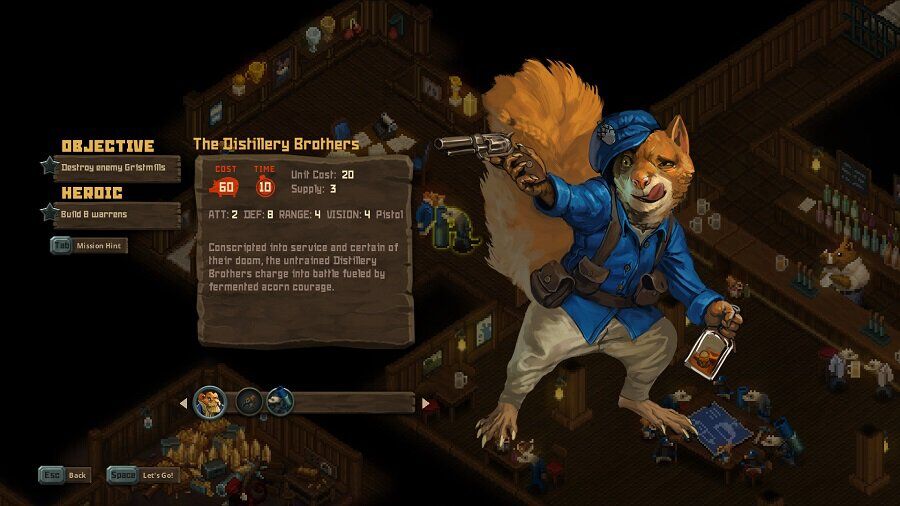 The many units of Tooth and Tail are dramatically different in function, and no two are alike. From invisible chameleon shock troops to grenade-launching ferrets and giant owls that spew forth expendable foot soldiers in perpetuity, the game has plenty of fun ideas up its sleeve. Units also all have charming (or surprisingly dark) little descriptions providing them with just enough lore to give them character and personality. These units (or the structures that generate them) are locked in the campaign based on missions, but in multiplayer games you can choose which troops will be following your leader into battle.

On the subject of multiplayer, Tooth and Tail has a strong offering here, and the variety of tactics available to would-be commanders is considerable. With an array of diverse units to choose from, Tooth and Tail ensures that there are countless viable strategies. Players can choose any of the four commanders and are free to select six units from the game’s full roster to make up their armies. During my time with the game, I’ve found that online matches can be found in a reasonable amount of time and that they are a blast to play. 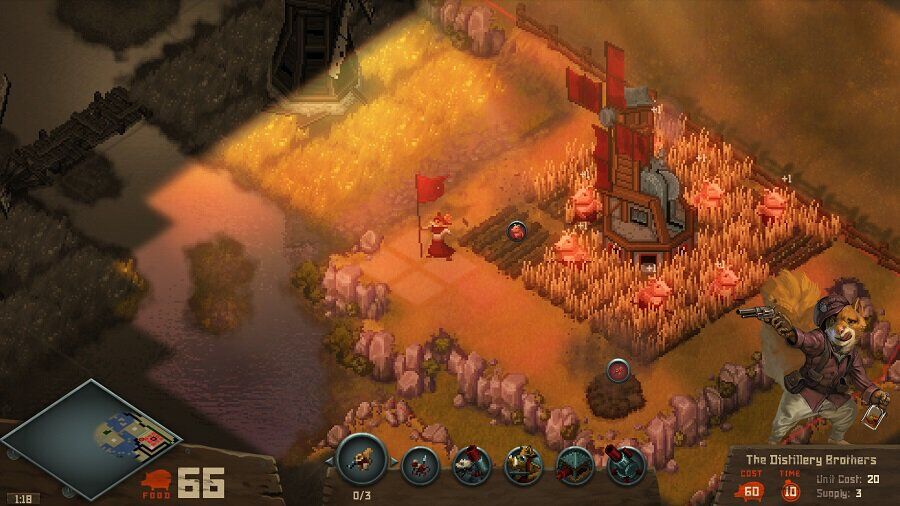 Tooth and Tail’s art is overflowing with style; from the pixel-based tactical view to the gritty, cartoonish designs of the unit cards. The music and sound design are similarly impressive, designed to support the revolutionary and industrial themes of the game’s narrative and their various invented dialects. Pocketwatch have clearly put a lot of work into producing a polished and aesthetically impressive title.

Get on the Ferrets Wheel

Tooth and Tail is a stylish, original strategy game with some genuinely innovative ideas in its gameplay. Not everyone will find the trimmed down RTS mechanics appealing, but it would be a mistake to think of Tooth and Tail as simple or shallow; Pocketwatch have managed to create a fast-paced strategic experience that retains much of the complexity extant in other RTS titles whilst adding its own unique flair.

Tooth and Nail is available via Steam and GOG.

Watch the official trailer for Tooth and Tail below: 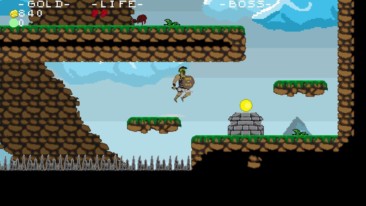 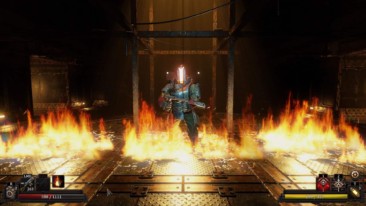