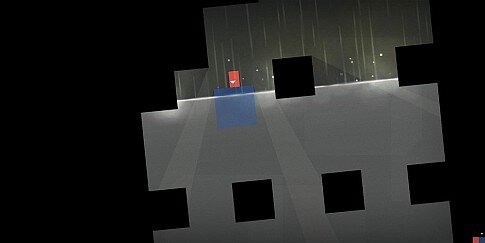 Built in Unity, and employing simple polygons (what some may call “programmer art”) to embody a variety of archetypes, Thomas Was Alone eases the player into a series of progressively complex puzzles that demonstrate the importance of co-operation, camaraderie, mutual respect and compassion while offering a legitimately engaging puzzle platformer whose complexity scales seamlessly.

You begin as a rectangle, the product of an AI experiment negotiating its environment for the first time, and in parallel as the player you learn about the game’s mechanics. Just a little bit of genius there, as the opening levels, which essentially, and in good form, serve as the tutorial levels, are not a thing apart from progression of the campaign itself. Eventually you meet another – this time a square, with an attitude and you quickly discover that neither of you is able to complete any challenge alone. You are then introduced to the game mechanic of switching between these two and eventually the growing list of new colleagues to escape the room you are subsequently presented with. Any good game begins with tutorial style levels, then progress to the set of challenges which the player must master in order to proceed to the mastery level stages, and here these are implemented in a completely natural and holistic manner that never feels forced, and in fact, due to the bare bones graphical treatment, allows a true appreciation of the game design.

People say that John McLaughlin of Mahavishnu Orchestra or Stevie Ray Vaughn are musician’s musicians, because it takes having great skill and understanding of playing a musical instrument to truly appreciate what feats they are pulling off. In the same way Thomas Was Alone is a game designer’s game. It understands things that only someone who has read, studied, attempted, failed learned and succeeded at game design, theory and production could fully appreciate.

This may sound as arrogant or self-aggrandizing as the tall rectangle named John (a smug, enabled polygon that appears on level 8 or 9), but in the end, each of us has a role to play and none of us comprises the whole, without all the rest of it. This is the core lesson that Thomas Was Alone conveys, but it also works as a purely abstract game as well.

In fact everything from the chiptune music, graphic treatment, narrative, voice performance – beautifully done by Danny Wallace, mechanics, level design and puzzles works together in an incredible symphony, but with such confident understatement that the orchestra playing the symphony may as well be comprised of abandoned children’s toys left in a grandparents’ attic – a Fisher Price xylophone or a paper drum awaiting a new participant, sure that, once engaged, they will once again incite boundless jubilee.

To evoke emotion, epiphany, anger, bemusement, self-reflection, with a few earth-toned primitives betrays game design’s secret – that it is a unique method for communication. Like puppetry, or writing or making a chocolate souffle, it is capable of affecting all of our sensual and logical faculties at once. Mathematical problems and deep-rooted emotions can be jostled all at once, and like devouring a hot, perfectly made chocolate souffle, it affects us on many levels simultaneously and that can lead to powerful, unforgettable experiences.

Thomas Was Alone gets all of this. And it is the essence of that to which an indie game allows, exclusive and apart from AAA’s, and that to which they should aspire. It is easily one of the year’s best.

Get Thomas Was Alone on Desura

Get Thomas Was Alone on Steam

One thought on “Review: Thomas Was Alone – Why We’ll Love Indie Games Forever” 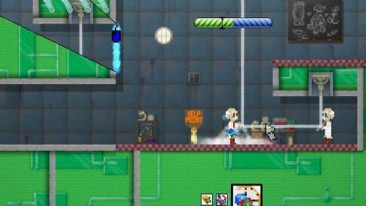 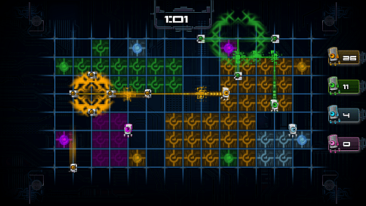