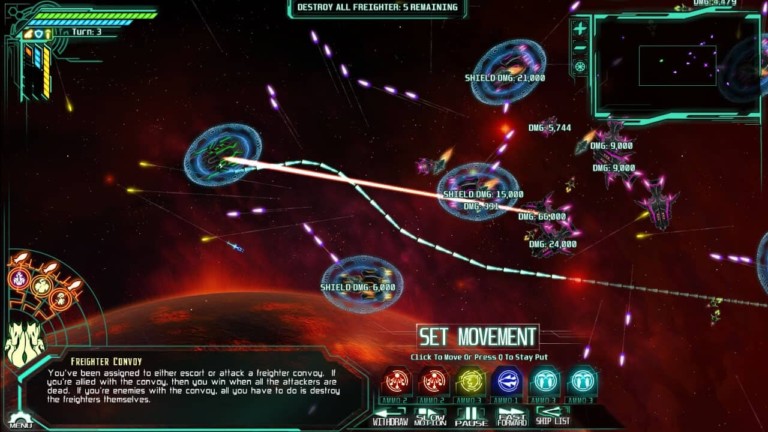 The Last Federation + the Lost Technologies Expansion – What We Think:

What would you get if you took a 4X and took out all the X? Or at least three-and-a-half of the X, leaving you with only a little baby kind of X that – despite what its missing – still feels like a full-fledged grand strategy? Why, the topic of this review, of course!

The Last Federation is a game in the 4X genre that indeed contains very little X. The 4X genre focuses, of course, on eXplore, eXpand, eXploit and eXterminate, with Civilization being one of the core flagship games.

So how is Last Federation not a 4X? Well, there’s no galaxy map for starters. All eight of the NPC alien races are pre-discovered on a single screen with eight planets. Your overall goal is not to be the biggest and greatest civilization, but instead to unite all – or as many as you can – of these aliens together into a lasting federation of peace and unity.

Well, What Are You, Then?

You are the last of your race. A couple of the other races conspired to strap rockets to a large asteroid or moon and slam it into your home planet. Why? Because your civilization had forced all the other races to remain flightless, leaving your people the supreme power in the solar system, the only ones with space flight.

You, however, were on a top secret mission and escaped this fate. You are, however, found and captured. Oncethe other races achieve space-faring technology, you foil them one again and hijack their prototype flagship.

Mechanically, the race that captures you and the ship you steal are chosen at random (you could choose, but what is the fun in that?) This gives you a fairly unique start every time.

Different races create different flagships for you to steal, and whomever you steal it from starts out disliking you, so you’ll have to work extra hard to make them like you again.

So now we can talk about the actual game. This game is deep and loaded with lots of stats and numbers. Thankfully, the first time you play there is an extensive tutorial that opens the game up for you gradually, so that you have some time to wrap your brain around each aspect of the interface, your goals, and your options one at a time until it thinks you’re ready for the next step.

The UI remains mostly hidden, preventing your eyes from becoming lost in a sea of menus. Arcen Games has been fairly good at providing well-done tutorials for its super deep games, and this is no exception.

Everything is measured both in-game time with months and years passing as well as in real-time increments as short as seconds. While you can pass time in real time, you’ll mostly be fast-forwarding between events. Technically, this makes The Last Federation turn-based. It’s a bit of loose definition, but still more accurate than saying that it’s in real time.

Thus time, is a precious resource. More often than not, the main cost of doing anything in-game is Time. As a free agent or mercenary, you’ll actually be paid credits to help aliens complete various tasks, but the real cost is that it takes you three months of in-game devoted to this sole task to do so.

Even when the game begins, you are told when exactly the aliens will achieve space flight on their own. Gifting space flight to an alien race will reward you with a massive chunk of credits, but as more and more join you in space, the harder it will be to give the next one this technology.

Credits, then, are spent on cashing in favors from other aliens – or simply hiring mooks to speed up development or research of other projects – buying you Time. The credit system is ambiguous, as it’s not actual money, but more like an amount of good will you have built up that you can cash in on in the broadest of ways.

OK, but Now What?

Player choice is in abundance here. You may do as much or as little as you see fit. Give technologies freely to everyone, only to those you deem worthy, or keep it all for yourself. Build the federation like the game encourages you to do, or say “Screw it!” and lay waste to all sentient life like a Mass Effect Reaper. But things might not go as planned. Each alien race has its own way of doing things, and what you have in mind might not be what they want to do.

One of the more difficult ones to work with is a hive mind that goes through regular mood swings; it might start doing the exact opposite of what you’ve just spent the last stellar year building up for. Some races are just naturally hostile or reclusive. Some might seem weak at first but might have other ways to calm down the more warmongering races but – being weak at first – will require your constant protection. This will of course cost…Time! And while you are busy protecting your herd, other bad things could be brewing elsewhere.

But I Wanna Shoot things!

You can engage in as little or as much combat as you desire; it’s taken both as a turn-based mechanic as well as a real time simulation. You make plans, choosing your flight path, weapon selection, ability use and targets. Then it will run the combat for about three seconds, after which it will pause to allow you to enter more commands.

At times it can look like something out of a bullet hell SHMUP! With the tools you are given, though, you should be able to manage the bullet barrage.

Most combat missions give you a simple objective: shoot the guys, reach this location, park at that place for five turns…The choice of weapons adds some flavor to it, letting you choose between different approaches to battle and different damage types that do more or less damage depending on whether they hit shields or hulls.

A New Way to Play

The recent expansion, The Lost Technologies, added a lot to the game’s tech tree as well as a new way to play the game with a different goal. Each race was given more specific tech unique to them, giving them even more flavor and diversity.

The new game mode is a tech race where you attempt to collect all the tech for yourself before any other civilization can complete their own tree. The best way to learn tech is always with the aid of another civilization, but if one of them gets wiped out, that might make your tech race more difficult, as some of the race-specific technologies are suddenly harder to get your grubby little mitts on.

Overall, it makes every bit of tech for the research-minded player a bit more interesting. As an expansion, it adds a few other things as well: new abilities, enemies, new art, and general quality of life improvements. And for a good price!

Graphically and musically, Last Federation is about on par with Arcen’s previous offerings, if not a little better. If you are unfamiliar with their past games, the ships are your standard sprites with flashy lights and not much animation, but they look quite good! They are not super detailed, but they are varied in shapes, sizes and colors. The ship design is creative and cool to look at, without even factoring in the various flagships you yourself might end up with.

The music by Pablo Vega, as with all of Arcen’s games, is a varied mix of relaxing, energetic, tribal, brooding, and much more in mood and tone. Each race has its own theme music, and Vega has captured their personalities almost perfectly. An alien race’s threatening nature, pride, innocence or self-confidence all comes across quite clearly in its theme.

Your Story is Your Own

This is the type of game that will produce stories that you will tell your friends about. The Last Federation is certainly a niche audience game that will not appeal to the masses, but if you are the type to play the diplomatic game in your chosen 4X, this will be the perfect way to spend your time in single player. For the intended audience, this would garner a solid 4.5!

The Last Federation is available via Steam or GOG.com.

Watch the trailer for The Last Federation below: 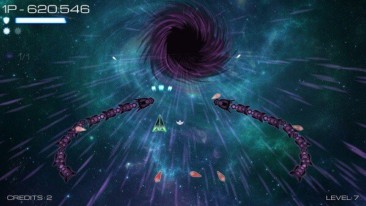 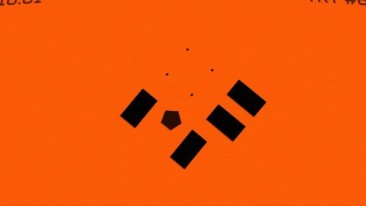