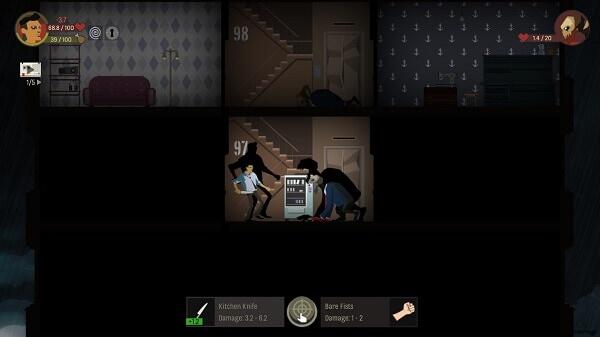 Skyhill – What We Think:

Skyhill. A hundred-story luxury hotel…or at least it was before the end of the world. Now it’s a microcosm of the apocalypse: a hundred wastelands in miniature, infested with mutants and strung together by a central stairwell and an oft-malfunctioning elevator. Unless you can make your way to the bottom, it’ll also be your tomb. It’s a brilliant idea for a survival game, but it starts to repeat itself well before you make it to the ground floor.

There may be mutants to fight, but at its heart, Skyhill is a crafting and survival game. You’ll start with sticks and scavenged bits of metal to protect yourself. Get lucky with your scavenging, however, and you’ll be putting together makeshift weapons in no time.

More importantly, you’ll need to eat. Skyhill might have the most focus on not starving in any game since…well…Don’t Starve. As you move from room to room and floor to floor, you’ll use up hunger points. Get down to nothing, and each move you make will sap away a little more of your health. 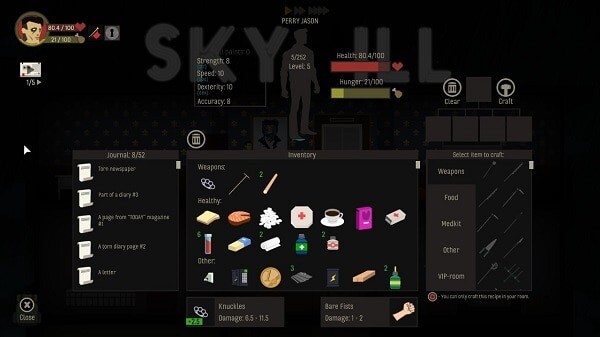 Luckily, there’s food to be scavenged and meals to be assembled. True, you could try and subsist on flour and butter, but similar to the weapon and tool-crafting, you can also cook. Flour, water and butter will all give you a few hunger points, but bake bread and make yourself a sandwich, and the sum of the ingredients is greater than that of its parts.

There wouldn’t be much strategy if not for your base of operations, as it were: the luxury penthouse on the hotel’s top floor. It’s where you’ve set up your makeshift workshop, where you’ll do your cooking, and where you can sleep, which involves sacrificing hunger points for health.

Getting back up there takes up more hunger points, though, especially if you’ve made it to one of the lower floors. There are elevators, but they don’t work on every floor, and sometimes you’ll need to sacrifice precious crafting materials to get the electricity going. 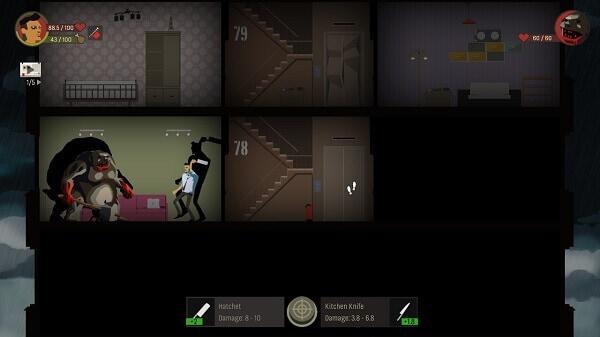 You’ll find yourself wondering if you should waste precious food on a trip back to the safety of the penthouse or risking a further descent in the hopes of scoring a good find (and avoiding a dangerous encounter with whatever monstrous creature might be waiting at the bottom of the stairs.

A Hundred Floors and I Need More

The problem is that while new monsters and encounters show up every dozen floors or so, it’s not quite enough to mitigate the game’s overall repetitiveness. The sounds are repetitive and often annoying (your hero’s grunt upon being struck by an enemy gets old fast). The rooms are repetitive.

The combat is also repetitive, all the more because of the game’s unsuccessful attempt at adding variety. While combat by default is a simple affair of turn-based clicking, you can also target different parts of an enemy for the chance to do more damage. This also limits your accuracy; a blow to the head does the most damage, for example, but also the most likely to miss completely. In theory, this is a great way to add some interest to fights, but in practice, it didn’t change the rather drab nature of combat, but merely made it take longer. 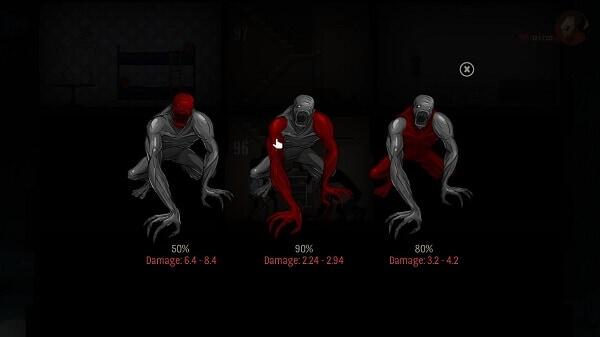 Still, Skyhill is tense enough to keep your interest, and the randomly generated nature of the hotel goes a long way. You’ll definitely get that urge to try “just one more game” each time you die (especially if it was a stupid death, like losing that last bit of health from eating expired food).

It doesn’t have the detail of something like last year’s brilliant Neo Scavenger, but it’s definitely got a style of its own and is simple enough to be casually entertaining. That’s a weird thing to say about a game that entails slowly starving to death in a crumbling hotel, but it fits.

Watch the trailer for Skyhill below: 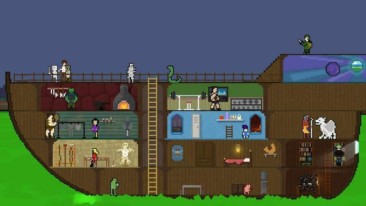 Review: You Must Build a Boat, an RPG Puzzler for PC & Mobile 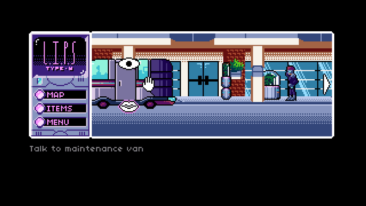