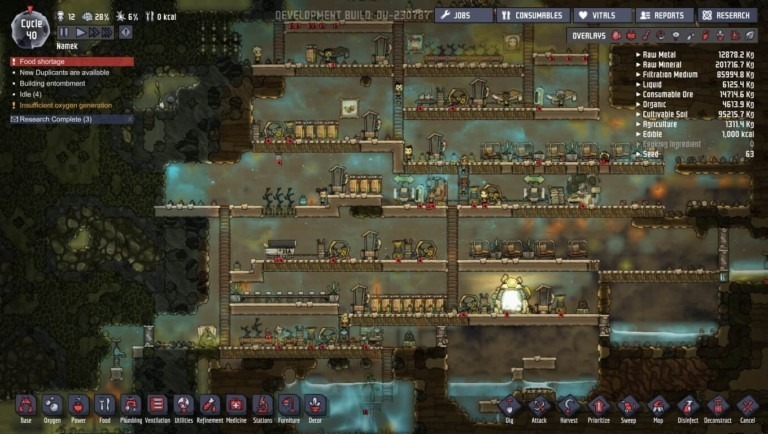 Oxygen Not Included from Klei Entertainment

Residing within an alien space rock, a crew of unique entrepreneurs must become experts in all aspects of survival in order to flourish in Oxygen Not Included. Their quirky and diverse skills mold together to create a reasonable – or even luxurious – home to reside in. Of course, survival isn’t a cakewalk – especially amongst an unknown environment. The means of building a habitable home prioritize above all else. With a combination of space technology and a little trial and error, the hard-working Duplicants have the chance at a pretty luxurious life. Well, as luxurious as living in a rock can be, anyway.

Developed by Klei Entertainment, Oxygen Not Included is an innovative take on the simulation genre. Challenging features envelop this base-building experience and create a learn-as-you-go environment. Starting out, the game offers you the choice of three qualified Duplicants to get your base up and running. Each Duplicant presents pros and cons, as one may be a stress vomiter or a narcoleptic – pick your poison, folks.

Though their features are not customizable, their names can be given a unique twist – the same goes for the title of the establishment. Electing a varied group of Duplicants enhances their chance of survival, for their assorted skills come in handy at different times. 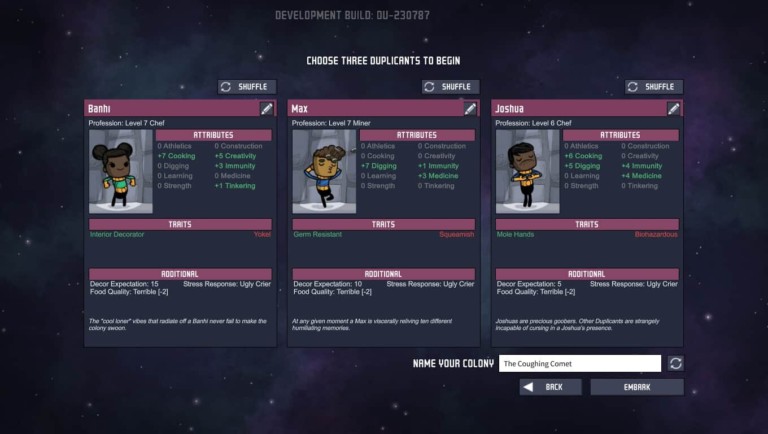 As the new habitat commences, the comical Duplicants are spawned at the Printing Pod, where other “printable” little dudes are later acquirable. Days render as cycles where each Duplicant does their darnedest to accomplish as many tasks as possible. When night falls, they sleep until the next cycle begins. Luckily, Duplicants are smart little cookies – mostly – and perform everyday responsibilities without requiring instruction. Their first objective requires digging to expand their home and attain vital resources. Quarrying for materials unlocks the buildable structures required to survive.

Not Quite the Hilton

Outhouses, cots, and other everyday equipment provide Duplicants with the minimum means of comfortable living. Sweeping resources excavated from digging fashions a cleaner atmosphere, but most require the proper storage units. Unfortunately, piling every resource into one storage box is a terrible idea – hello, food poisoning. Yuck.

Mastering the mechanics of Oxygen Not Included requires an abundance of trial and error. A handful of restarts and recycling unsuccessful establishments don’t technically crown you as a failure. In fact, they’re mere learning experiences. Notifications appear as complications arise, but as a beginner, confusion still prevails. Personally, many space rocks my crew resided on were confronted with significant issues. 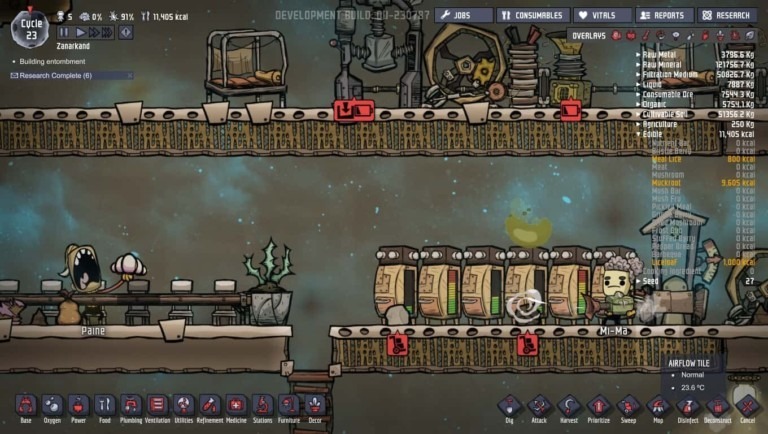 For example, regular maintenance and cleaning outhouses prevent a lot of headaches. The process, though tedious, hinders messy cleanups. Otherwise, the outhouse becomes unusable and Duplicants will “make a mess.” Mop up those polluted liquids and discard them before they taint the air. Who would want to live in that kind of filth, anyway? Fortunately, the option to prioritize duties on a scale of 1-9 is a life saver. Unfortunately, Duplicants don’t always listen. Maddening? Absolutely – especially when they are vomiting everywhere and no one steps up to clean the mess.

As previously mentioned, new Duplicants are printable every few cycles. As enticing as it may be to recruit new worker bees whenever possible, the actuality of doing so isn’t as pleasant. Learn from my mistakes, ladies and gentlemen. One of my first play-throughs of Oxygen Not Included populated a handful of delightful little crew members. Thoughtlessly, a food shortage overcame my famished Duplicants. One by one, they began to starve and eventually met their demise. Common sense and logic play a significant role in running an efficient colony – don’t be fooled by the temptations.

Assigning Duplicants to tasks they’re skillful at speeds up the process of building a successful environment. Some individuals are masters of all trades, while others are intelligent in one field. Some Duplicants have high expectations and require a decorative atmosphere. If Mi-Ma has zero creativity and attempts to paint the canvas, the quality of her artwork reflects her skills. No one is impressed by your stick figure, but thanks anyway, Mi-Ma. You tried. Don’t you fret, though. Skills are easily acquired just by doing day to day activities. As long as Duplicants are actively contributing, most cycles should run smoothly. 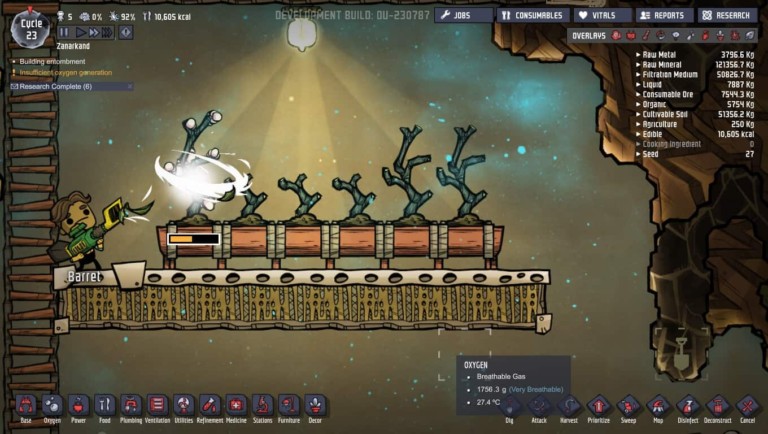 Employees Must Wash Hands before Returning to Work

Keyword: “should.” Germs accumulate too fast and food poisoning is the silent killer. Med-beds help only kind of, but sickness spreads like wildfire amidst a small colony. Keeping an eye on Duplicant stress and immunity levels might save some heartache, but that isn’t always the case. When four out of ten crew members are deathly ill and their germs occupy everything they’ve touched, you can hope for the best or you can wave that white flag. Sometimes starting over might be the best option. Giving up isn’t ideal, but neither is watching your little guys wither before your eyes.

After many hours of trial and error (and more to come), Oxygen Not Included did not disappoint. The inventive setting demands an attentive mind – at any time, all hell could break loose. Randomized environments generate a high replay value, being you’ll never build the same fortress twice. For beginners or someone who hasn’t tipped their toes into base-building environments, a tutorial would erase a good chunk of inevitable confusion. I myself would have benefited a great deal from a little push in the right direction.

In retrospect, learning on the go produces an exciting atmosphere colonized with quirky crew members. Their future lies in your hands – don’t mess it up, or they most certainly will.

Oxygen Not Included is available via Steam.

Watch the official trailer for Oxygen Not Included below: 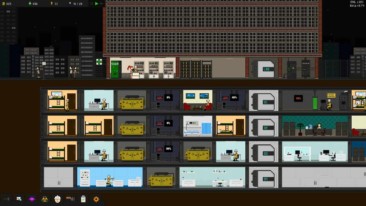 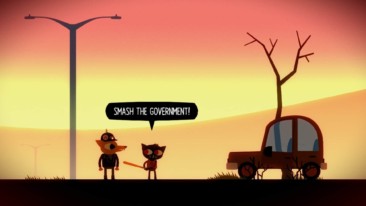 Night in the Woods Review – The Shadow over Possum Springs