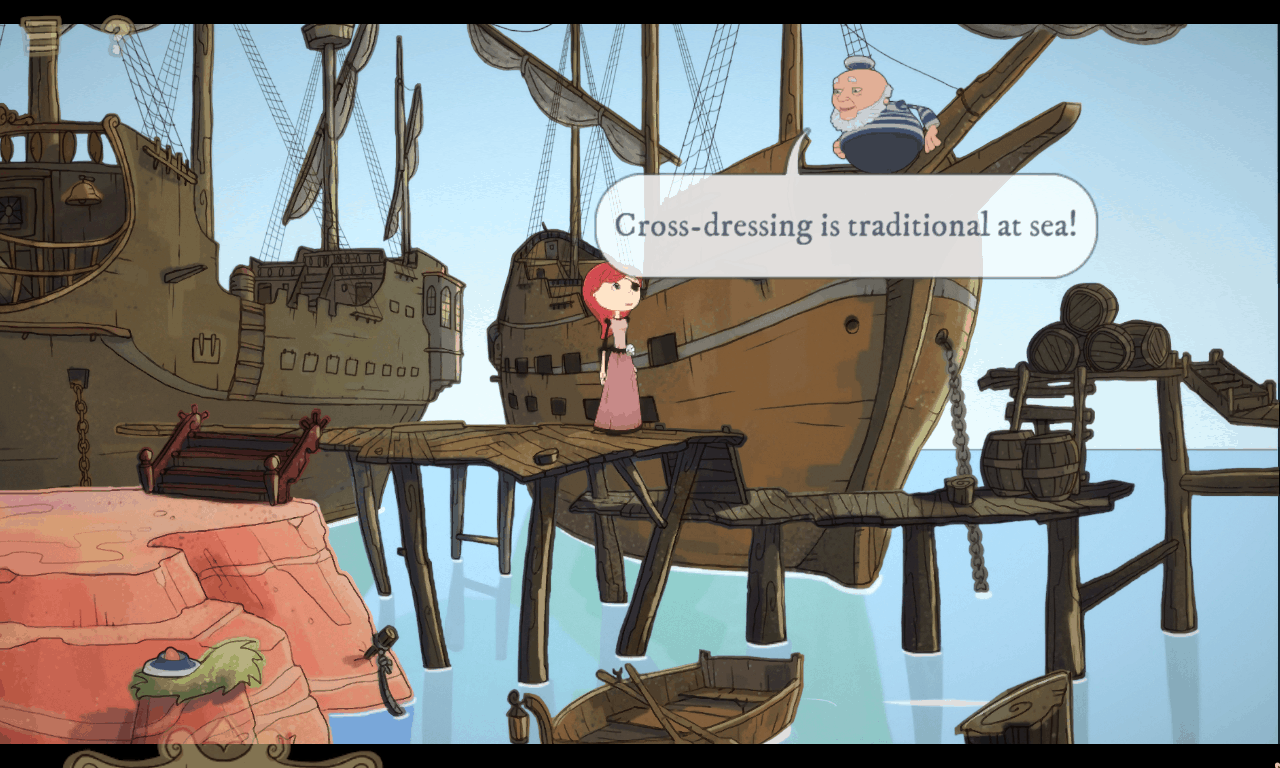 Nelly Cootalot: The Fowl Fleet – What We Think:

In a post-Monkey Island world, there have been a slew of pirate-themed point-and-click adventure games. Nelly Cootalot: The Fowl Fleet by Application Systems Heidelberg is one such game: about a pirate’s adventure to free an army of birds hypnotized by a sentient voodoo teddy bear. The nefarious Baron Widebeard has created a personal army of birds using mass hypnosis. Although his plans are unknown, heroic pirate Nelly Cootalot makes it her mission to stop his shady plans before it’s too late. Nelly’s determination leads her on a lighthearted, swashbuckling-filled adventure. During her travels, she comes across things like the aforementioned teddy bear, a legendary creature known as the “Abominable Snowbird,” and a friendly talking bird known as Sebastian.

That Voodoo You Do So Well

Nelly Cootalot is a cool and confident pirate who likes to tackle situations using her wits instead of her fists. She is a likable person to play, thanks to the game’s writing. Nelly has plenty of upbeat one-liners for any situation she comes across; it’s hard to not root for her. She is reminiscent Guybrush Threepwood from the Monkey Island series – likable, but predictably familiar.

The main narrative will take you on a peculiar three-hour ride filled with a unique cast of characters and some simple mini-games. Most of what you’ll do is find an object to solve someone’s problems so that they can help you in some way. It’s the familiar and simplistic “I scratch your back, you scratch mine” design of linear point-and-click adventure games.

Like most modern adventure games, this one focuses more on narrative than on solving obtuse or difficult puzzles. You do a lot of talking to NPCs, scavenge around the world for useful objects, and even play some simple mini-games. After I talked back and forth with two people for a couple of minutes, I competed against someone in a pirate board game similar to Operation.

The game hits a good balance of not having too much dialogue nor exploration. The maps in this game are condensed and focused, making for a suitable overall pace. 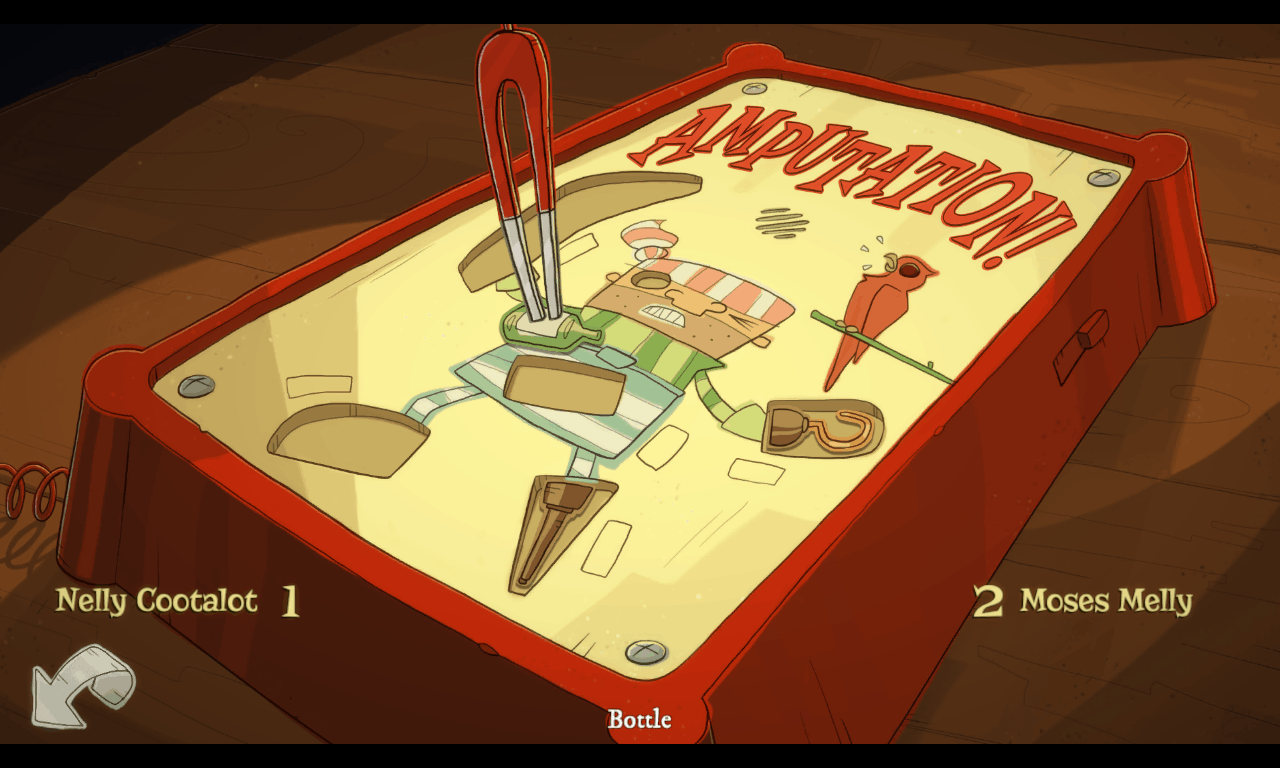 Funny or Walk The Plank

The game is much more focused on its funny dialogue and quirky situations than on the pursuit of Widebeard, making the journey more engaging than the destination. Nelly will take advantage of dimwitted NPCs when they are not looking or trick people in order to achieve a goal. She also makes pop culture references and comments aloud on her situation. At one point, she breaks the fourth wall and scolds the writer of the game for using the same pun twice. I found the game’s silly, pun-filled humor to be on par with Telltale’s Monkey Island series. The game’s great voice cast also helped bring life to the writing.

The main problem I had with the narrative is that since it was so focused on humor, it gave me little else to latch onto. Since many of the jokes are hit or miss, the narrative loses steam when the jokes don’t connect. I felt that the game relies so much on its humor that there isn’t much else in the plot to keep you engaged. I wanted to become more invested in Nelly’s adventure, but the game was locked on attempting to elicit laughter instead of telling an engrossing pirate adventure.

The game rocks a nice, hand-drawn visual art style. It’s simplistic but effective at giving the game a more vibrant, cheery tone. The mix of hand-drawn and 3D models is balanced nicely; one style doesn’t stick out over the other. The art style also helps give the game some charm, especially the creepy voodoo monkey who looks cute but menacing at the same time. The animations of the characters are simple, but that simplicity fits within the game’s overall aesthetic. 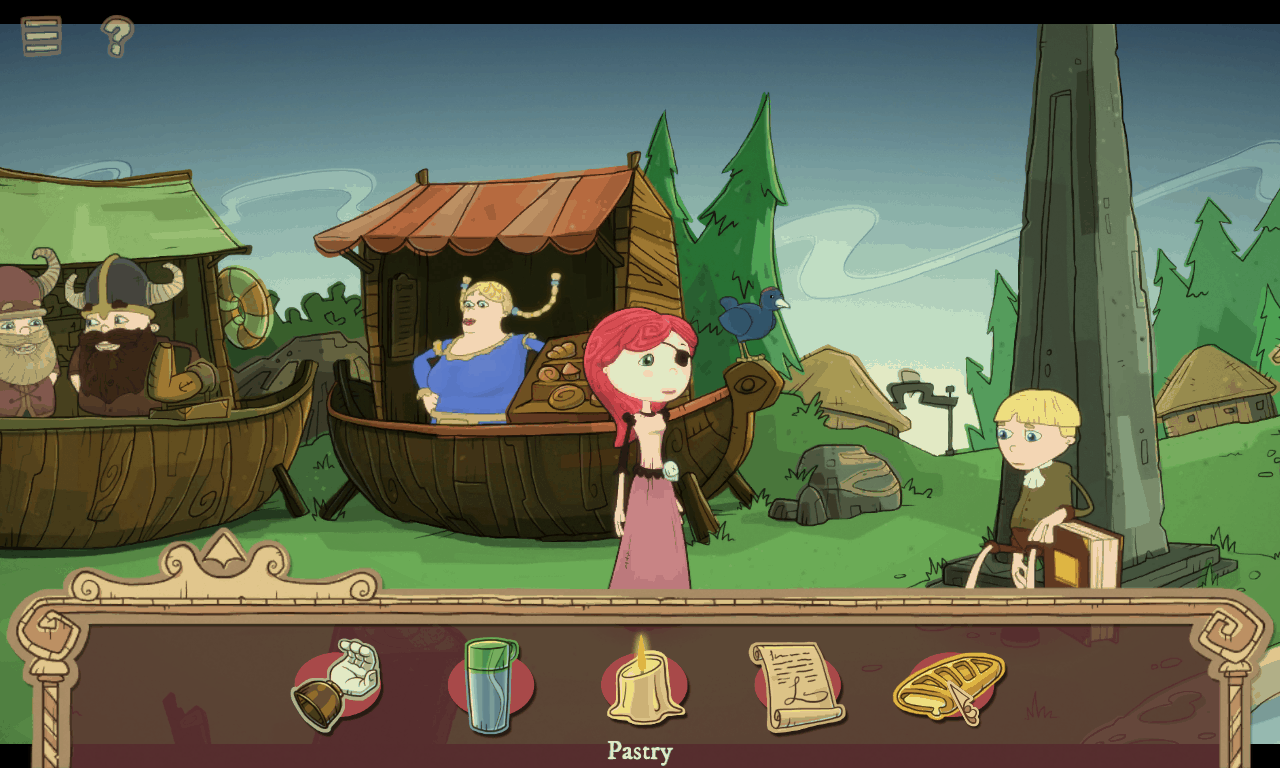 Overall, Nelly Cootalot: The Fowl Fleet left me wanting more. It’s a decent game if you’re a fan of its class of humor or if you enjoy a swashbuckling setting, but for anyone else, it will likely be lacking. It’s unfortunate, because Nelly is a fun protagonist, and I just wish that her tale was more intriguing.

Nelly Cootalot: The Fowl Fleet is available via Steam.

Watch the trailer for Nelly Cootalot: The Fowl Fleet below: 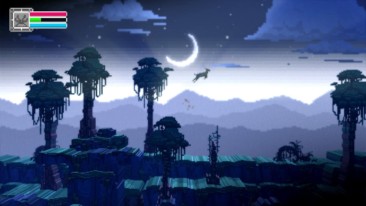 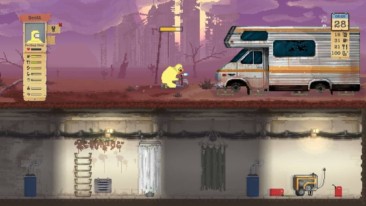 Review: Sheltered – The Dreary Desperation of Not Giving Up