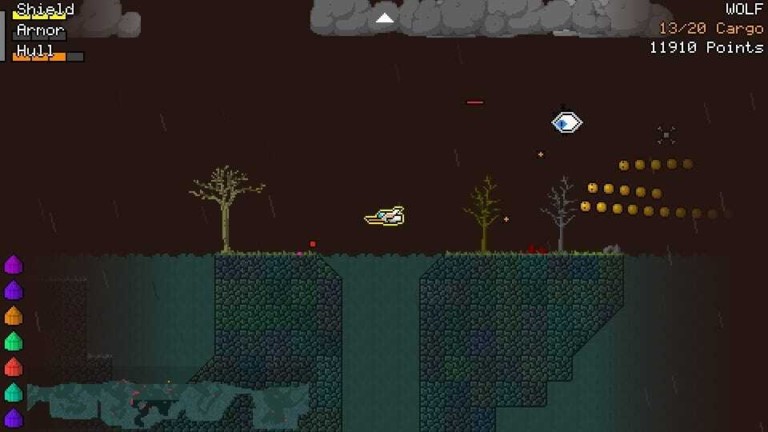 Mysterious Space – What We Think: 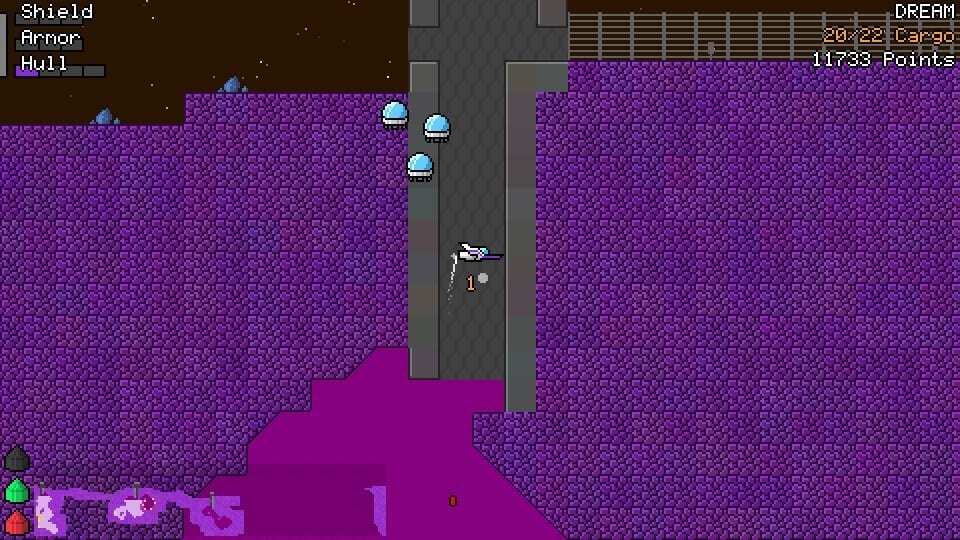 On the surface, Mysterious Space plays like an 8-bit free-roaming space shooter, like Cybernoid for the ZX Spectrum or Solar Jetman for the NES. There are hints of Defender, too, since you can only fire left and right but can freely move in any direction, and since if you travel far enough in one direction you’ll loop around to the other side of the map.

More than a pure shoot-’em-up, Mysterious Space also incorporates exploratory elements. Each procedurally generated planet that you visit has fuel crystals hidden somewhere, so you’ll need to dig those out, usually by delving into caverns or even underwater. All the while, you’ll be dodging – and hopefully blasting – enemies, not to mention avoiding spikes and even solving rudimentary puzzles. 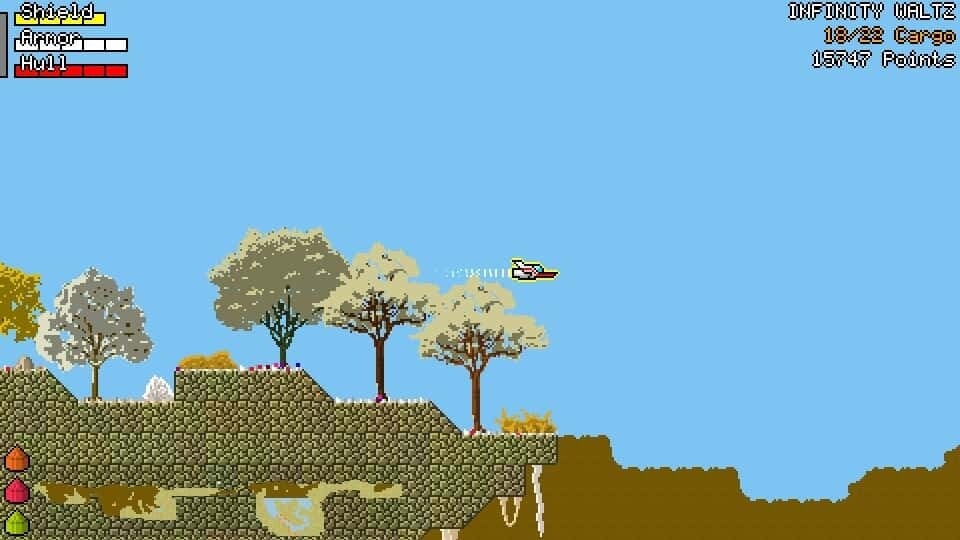 The action is solid, the controls responsive, and the environments varied enough to keep you on your toes. There are planets of ice and snow – their blizzards are murder on visibility. There are volcanic planets – your ship can enter lava, luckily, but your shield won’t be able to regenerate, so you’ll have to be extra careful. There are forest planets, desert planets, even haunted planets – spooky! 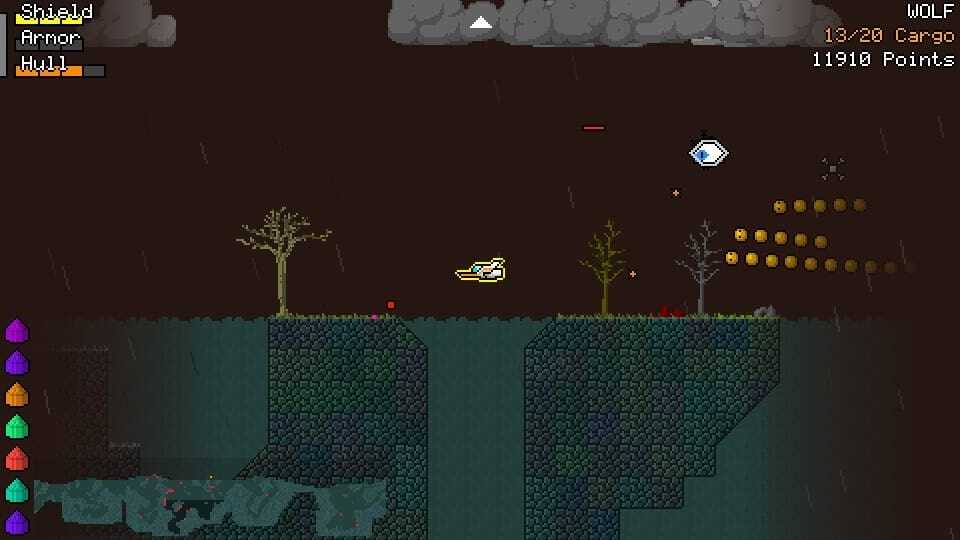 Hendel-Doying has done a great job with the graphics; they’re intentionally simple and 8-bit, but evocative in a way that feels like an homage to the space games of the past rather than a cynical cash-in on feelings of nostalgia. The chiptune soundtrack by DDRKirby(ISQ) adds to the feeling; it’s retro, but still feels…well…mysterious, in keeping with the game’s title.

As a linear space shooter, Mysterious Space would already be something of a success, but it’s the way that Hendel-Doying has incorporated Roguelike elements without at all interfering with the alien-shooting action that impresses me most. 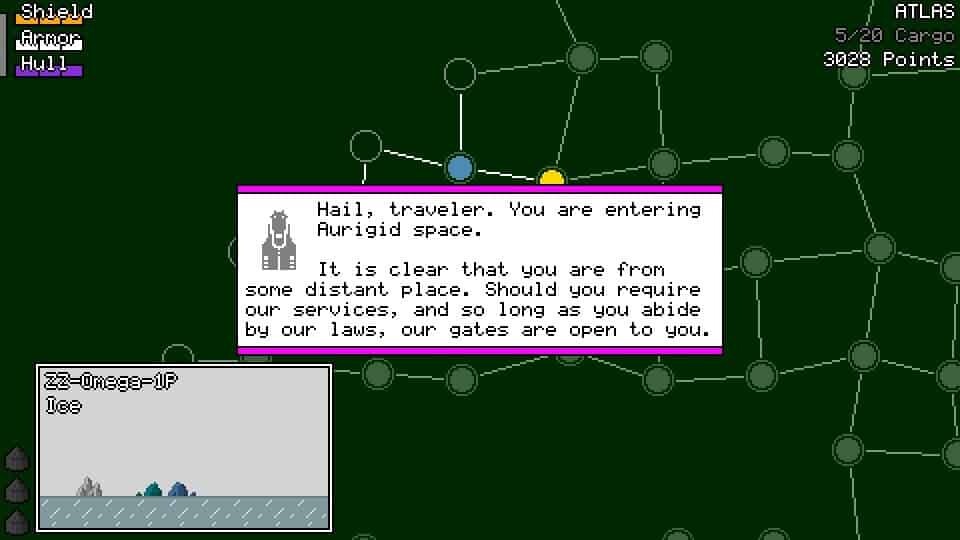 Think of a defining element of Roguelike games, and Mysterious Space probably has it. Instead of venturing into a dungeon for a magical amulet, you’re exploring an unknown sector in space in search of a mysterious signal. Instead of untested potions, you’ve got untested alien technology. There are even shops to buy and sell equipment (albeit blasters rather than swords) and “character classes” to unlock, though they’re actually different ship types. And secrets? Yeah, there are secrets to find, too.

Not Quite the Final Frontier

Mysterious Space is complete in its current state, but Hendel-Doying is still releasing updates and apparently has no plans to stop any time soon. (He’s also got a Kickstarter running.) Don’t let that stop you, though; the sooner you pick this one up, the sooner you track down that strange signal in the heart of the Sector ZZ-Omega-9. Then there’s just the matter of finding your way back home…

Mysterious Space is available via Steam.

Watch the trailer for Mysterious Space below: 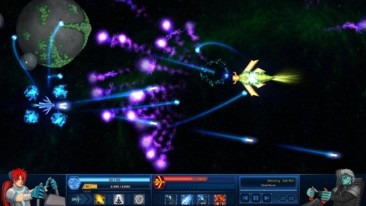 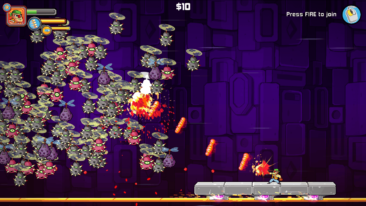