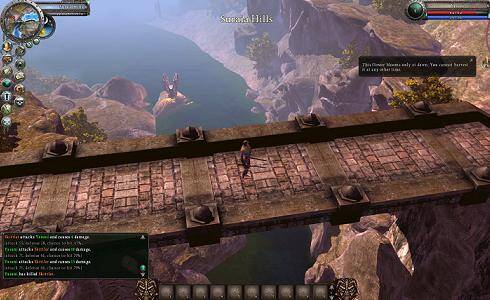 Legends of Dawn – What We Think

Developers Dreamatrix set out with some lofty aspirations when they decided to make Legends of Dawn. The Kickstarter campaign backed project set out to provide a hardcore RPG experience featuring a top-down, open world adventure with freedom for the player to explore at their own discretion. The game is based on an in-house engine and it strives to achieve a wide array of design goals ranging from deep crafting mechanics to class-less character development. But how well have Dreamatrix executed their plan?

Darkest Before the Dawn?

Unfortunately, Legends of Dawn is beset by glitches. When I booted up the game and created a character I encountered the most troubling issue; a brown screen in place of the game world. After a little research I discovered that others have encountered the same problem and that there are some workarounds. With a bit of tweaking I managed to get the game running properly. Many players have encountered this problem and while it is solvable it is not the best first impression for a game to provide.

Character creation is a fairly basic process with visual tweaks being quite limited. There are three, quite similar races to choose from and these all have slightly different relationships with the different factions in the world. You can distribute stats to your liking, a process that will mainly determine whether your character favors melee or magic. There are no classes to choose from, as the game is geared towards open character advancement that allows you to develop your character as you progress. When you begin your adventure you’ll find yourself placed on a ship docked at a small town. After grabbing your gear you’ll be tasked with your first real quest; to get a sailor a beer. Many early quests are similarly mundane and the lack of a quest marker serves to exacerbate the chore of completing these tasks. Thankfully Legends of Dawn features an open exploration so you can simply wander off with your own goals if you prefer.

Despite the theme of exploration there is a core narrative behind Legends of Dawn: An ancient artifact has been shattered and distributed across the world; gathering these pieces and reforming them into their original state will allow you to “dispel the dark forces” present in the land. It’s fairly unoriginal fantasy storytelling but it serves its purpose and establishes an appropriate sense of gravity.

Sadly, the gameplay of Legends of Dawn is riddled with problems ranging from questionable design choices to a variety of bugs that make the game feel unfinished. For example, many quest-providing NPCs produce entirely inappropriate dialogue when you speak to them. Some request help every time you click on them even after their quests have been completed. Others thank you for assisting them despite your only just having met them. This, coupled with shaky translations into English, makes for an uncomfortable roleplaying experience that fails to fully immerse the player. As previously mentioned, Legends of Dawn offers no quest marking system and so you must rely on the (often poorly translated) text in the quest descriptions to help you find your way to objectives. Without a more efficient navigation system, hunting down simple quest goals can become frustrating. A simple pointer on the map would be sufficient to resolve this issue.

Combat is quite basic for melee characters. Enemies need to be clicked on repeatedly and the absence of any impact sound effects for attacks makes this a fairly dull process. There are a wide variety of weapons, but as there are no special melee moves to go with them, your battles will be a tedious affair of slashing repeatedly at foes. Thankfully, there are many types of enemies to engage and there is some variety in their attack patterns. Spiders, for example, can drop down from above and root you to the ground with their webs.

A strong point to be found in Legends of Dawn is the spell crafting system. As you explore, you’ll find runes throughout the world and these can be used to create spells. Combining these runes can lead to some interesting possibilities and spells often have very specific effects such as damaging a particular creature type. These spells can be assigned to the hot-bar and cast using the number keys. Using magic in battle can make for a far more enjoyable combat experience but it’s a shame that this is necessary to make it interesting. There is an encouragingly complex crafting system in Legends of Dawn and it’s possible to create anything from metals to weapons and armor. This is again hampered, however, by another awkward design choice; there are no tool-tips for inventory items whatsoever. There’s nothing wrong with asking players to figure out item combinations themselves, but having no item tool-tips makes this aspect of the game unnecessarily opaque. Lock-picking is similarly unexplained in-game and the manual only provides a basic explanation of how to use runes to unlock chests. This is a shame as the lock-picking process (which involves linking runes together) is a fairly novel idea.

The graphics of Legends of Dawn can be compared to the project as a whole; Dreamatrix have clearly set high standards for themselves but their reach has exceeded their grasp. The game looks generally quite impressive considering its Kickstarter origins but sadly there are many visual bugs tarnishing the experience. Objects ranging from grass to whole rock faces seem to have quite variable draw distances and it’s common to have large terrain components flicker in right next to your character. Also, animations are very basic with some spell impacts being represented by a barely moving image of an explosion.

The music of Legends of Dawn is one of its best points; the game has atmospheric and sometimes quite relaxing tracks to help create an atmosphere for its world. Unlike the graphics and the gameplay, the music is not especially troubled by bugs. All in all the soundtrack provides a well-balanced mix of tension, scope and ambience. Legends of Dawn does have a lot of potential. The developers are patching the game regularly and they seem to be keen to continue improving it. At the moment it feels like the game could have done with more time in development to iron out the kinks. A plethora of bugs currently haunt the current build: flickering textures, frozen enemies, crashes, ceilings appearing overheard when you’re inside – the list is extensive.

The game also suffers from design decisions that were clearly focused on attracting a hardcore audience but are often simply awkward for the sake of it. These factors combined make for an uncomfortable adventuring experience that doesn’t live up to the aspirations of the developers. With more time and some well thought through patches, Legends of Dawn could evolve into a superb and complex open world RPG. At the moment, however, it is impossible to recommend a game that is so weighed down with glitches and design flaws.

Get Legends of Dawn On Steam 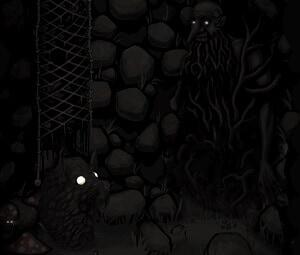 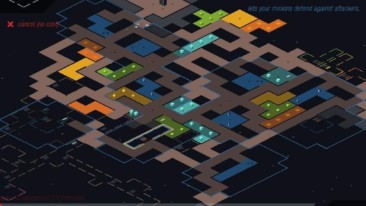