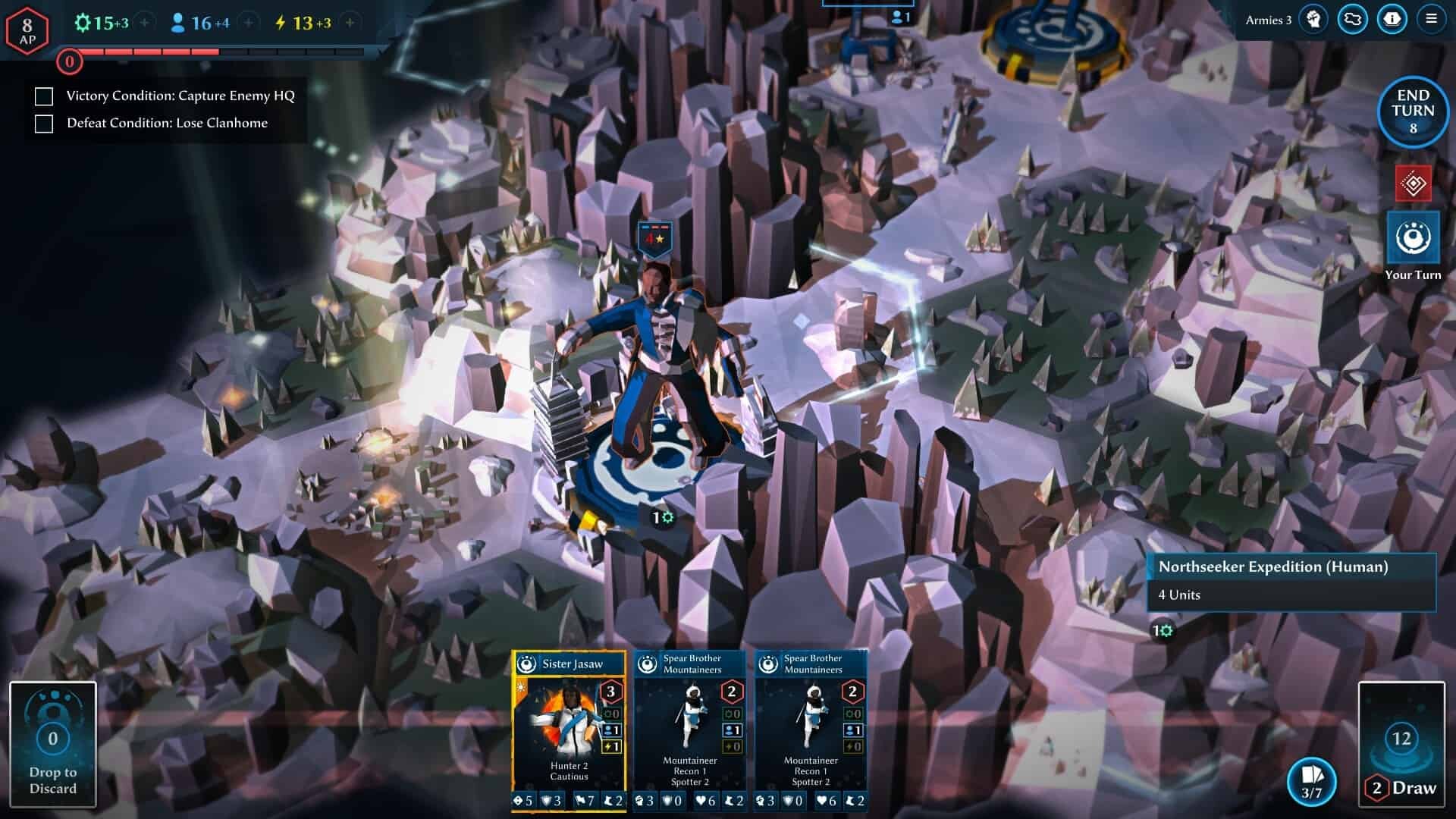 Last Days of Old Earth – What We Think:

Last Days of Old Earth is a turn-based military strategy game set in a distant, post-apocalyptic future. Inspired by tabletop games, it has a definite appeal for hardcore strategy aficionados while still introducing its concepts in a way that’s easy for genre newcomers to grasp.

Between its ponderous pace and its failure to take full advantage of its unique setting, however, it doesn’t quite live up to its potential. 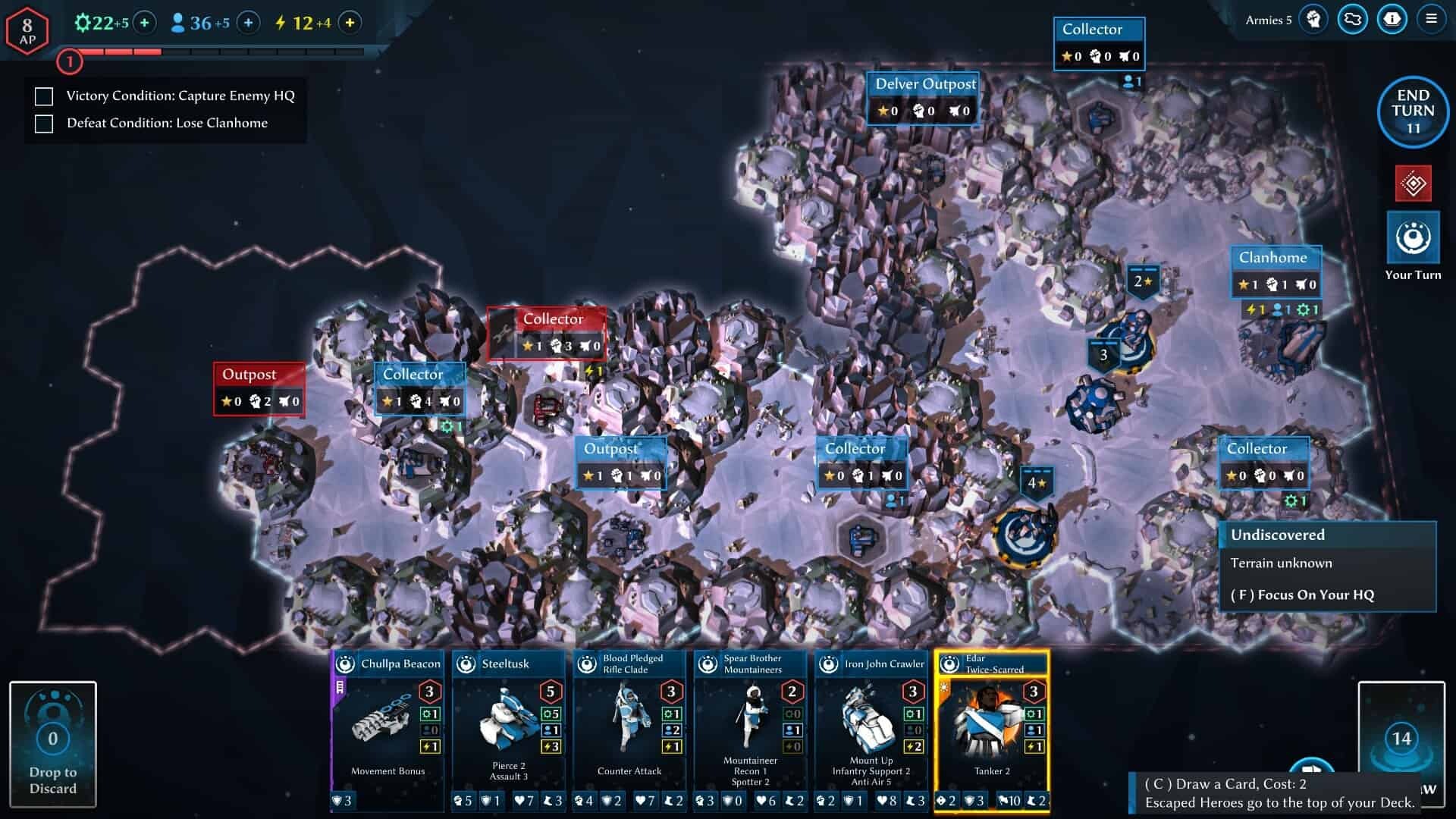 Despite its turn-based nature, Last Days of Old Earth is no deeply complex civilization modeler. You can’t win through economics or diplomacy or technological development; this is a game about moving armies and seizing territory.

The mechanics of said military operations are heavily inspired by tabletop games – no surprise there, since developer Auroch Digital is perhaps best known for its electronic adaptation of cult board game favorite Chainsaw Warrior. More specifically, it’s a kind of spiritual successor to Armageddon Empires, developed by indie studio Cryptic Comet. 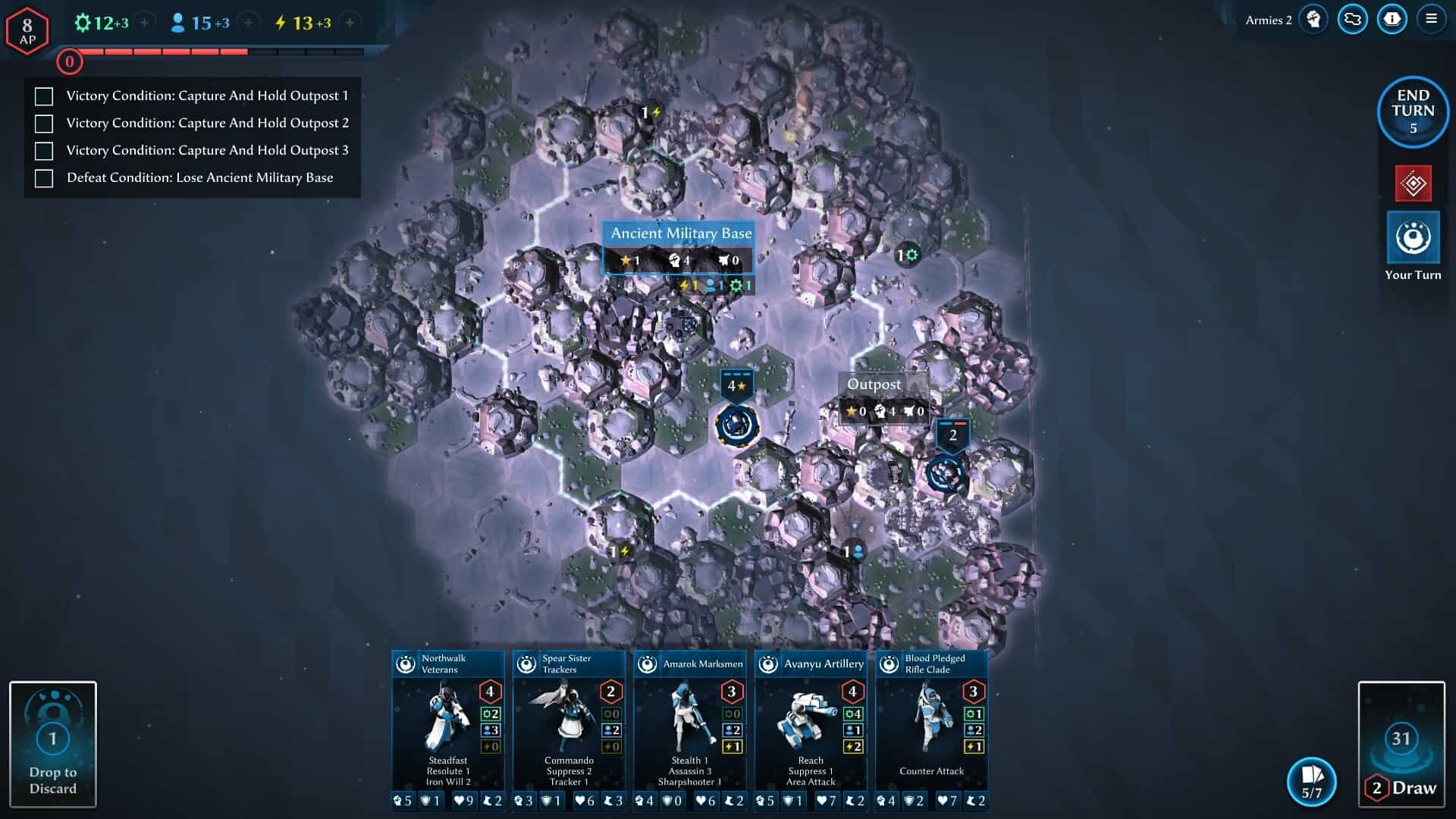 We Could Be Heroes (Just for One Play)

The board game influences show up most via the emphasis on dice and deck-building. Your various units – from soldiers and tanks to army-leading “heroes” that provide different bonuses – come in deck form. Just about everything else comes from dice rolls.

You can also spend various resources on extra dice to increase your chances of going first during a given turn or for an extra advantage in combat.

Additional modifiers come into play via terrain types – it takes longer to traverse tall mountains than flatland, obviously, and some mountains are completely impassible – and a concept of supply lines that basically boils down to territory.

If one of your armies is outside of your territory, it moves more slowly and suffers from some major disadvantages during combat. To gain territory, you can build outposts and resource collectors on certain hexes on the map.

Overriding everything else is an additional resource: Action Points. Replenished each turn rather than being harvested from the map, Action Points are the game’s most crucial resource. From building a new army from your deck to moving units you already have, not to mention fighting, building or fixing up the wounded, it all costs Action Points. And there never seem to be enough of them. 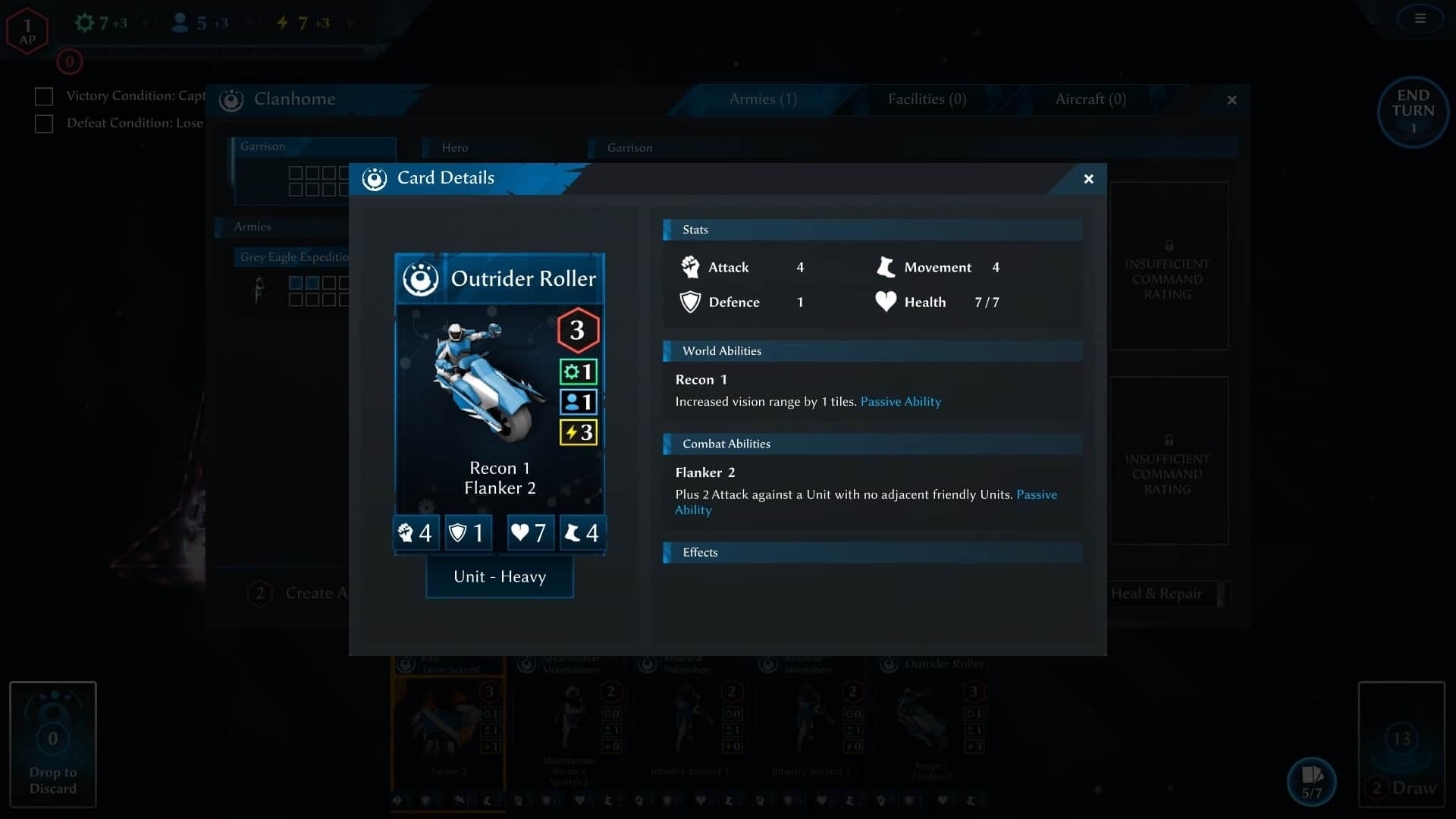 It all sounds a bit complicated, and maybe it even is, but the single-player campaign is careful to introduce the game’s concepts at a measured pace. With each additional level, the game reveals new abilities – like stealth and air support – and additional unit cards, so the concepts never feel too overwhelming.

Hardcore strategy players (or people who have already played Armageddon Empires) might be able to jump right into the more free-wheeling skirmish mode or multi-player games right away. But even a rank beginner will have a solid understanding of the rules by the end of the campaign.

While the way that Last Days of Old Earth introduces its concept is perhaps its best feature, it’s a bit of a double-edged sword, because the game’s pace sometimes goes right past “measured” into “sluggish.” While any board game-inspired offering is going to have some downtime while other players take their turns, waiting for the AI to take its turn building its armies and moving them around can get tedious in a hurry. 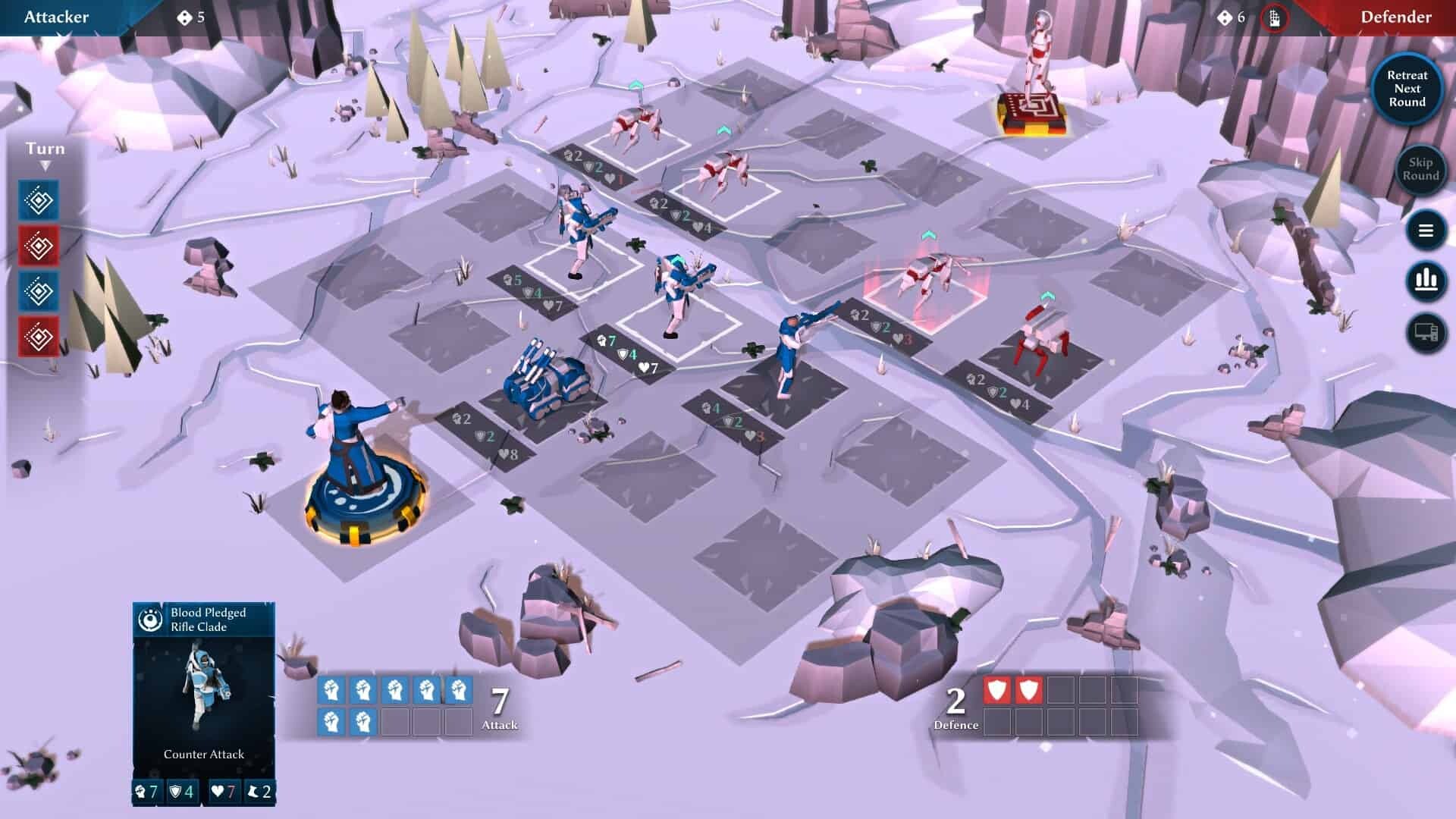 Combat is also a drag. For a strategy-oriented game, it’s fairly simple, taking place on a 16-square grid, and the limited, yet repetitive animations and sounds – which can’t be skipped – turn battles into something to be endured rather than enjoyed. It’s possible to let the computer automatically determine outcomes (you’ll see your chances of success or failure before you commit to a given fight), but that seems a bit like missing the point of playing war games in the first place.

Being a fan of the “dying Earth” genre of post-apocalyptic fiction pioneered by the likes of Jack Vance and Gene Wolfe, I was initially most excited by the game’s setting and backstory. Unfortunately, the story of a nomadic human clan fighting against a robot army during earth’s final ice age left me cold (no pun intended).

It’s not that the story itself was bad. There were lots of interesting little concepts introduced, like the “blood pledge” rituals taken by pacifist clan members before going to battle and the Messianic worship of ancestors who’d left the planet returning in spaceships to save their descendants. 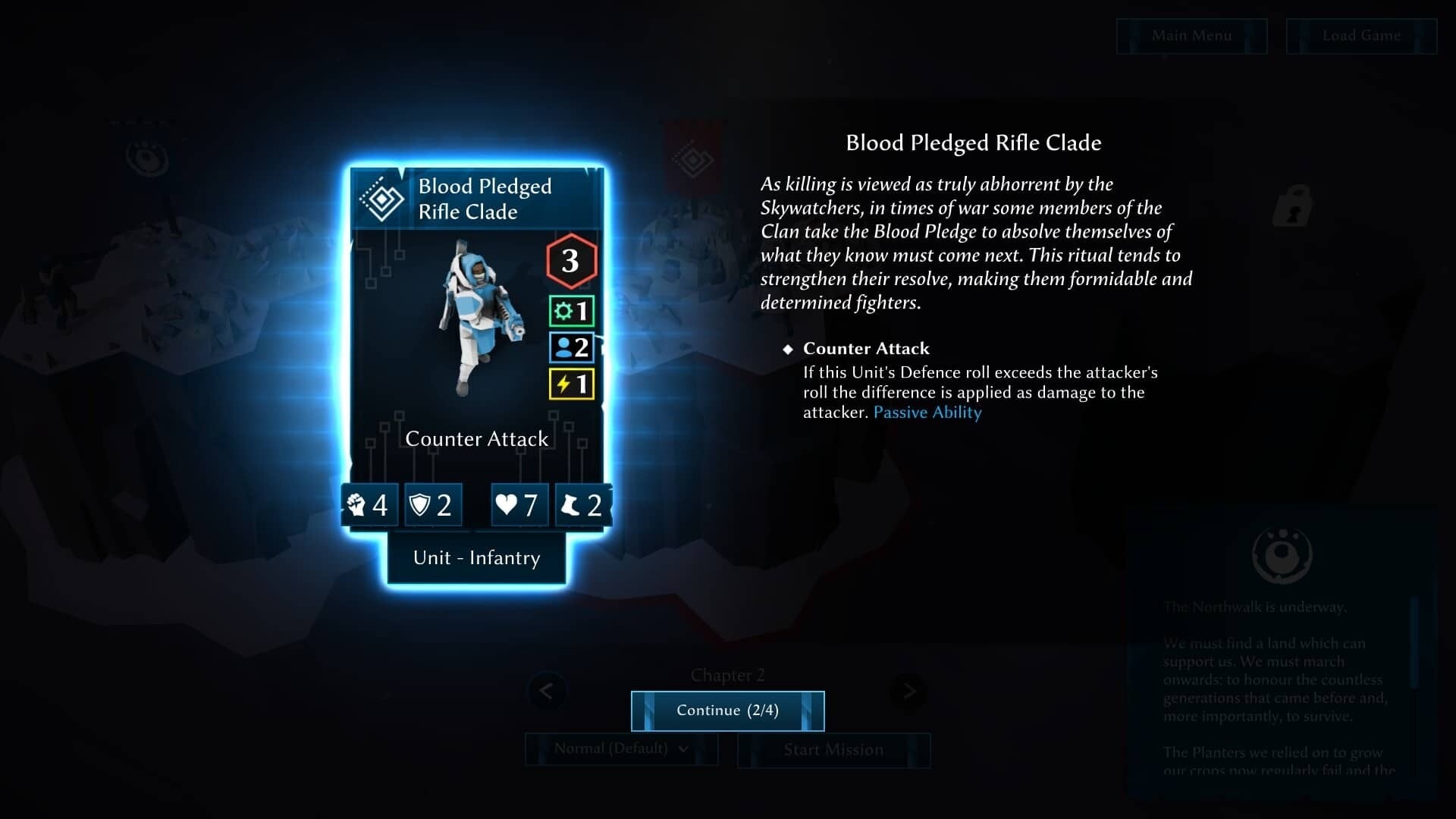 The problem is that what lore the game provided was hard to get to. Flavor text shows up as new unit cards are introduced between levels, but once you’ve read it once, there’s no way to get back to it again.

The angular polygonal graphics – reminiscent of Endless Legend – and excellent dark ambient soundtrack did what they could to create an evocative atmosphere, but it still wasn’t quite enough to distinguish it from more generic war games, whether they be fantasy, science fiction or historical in setting. 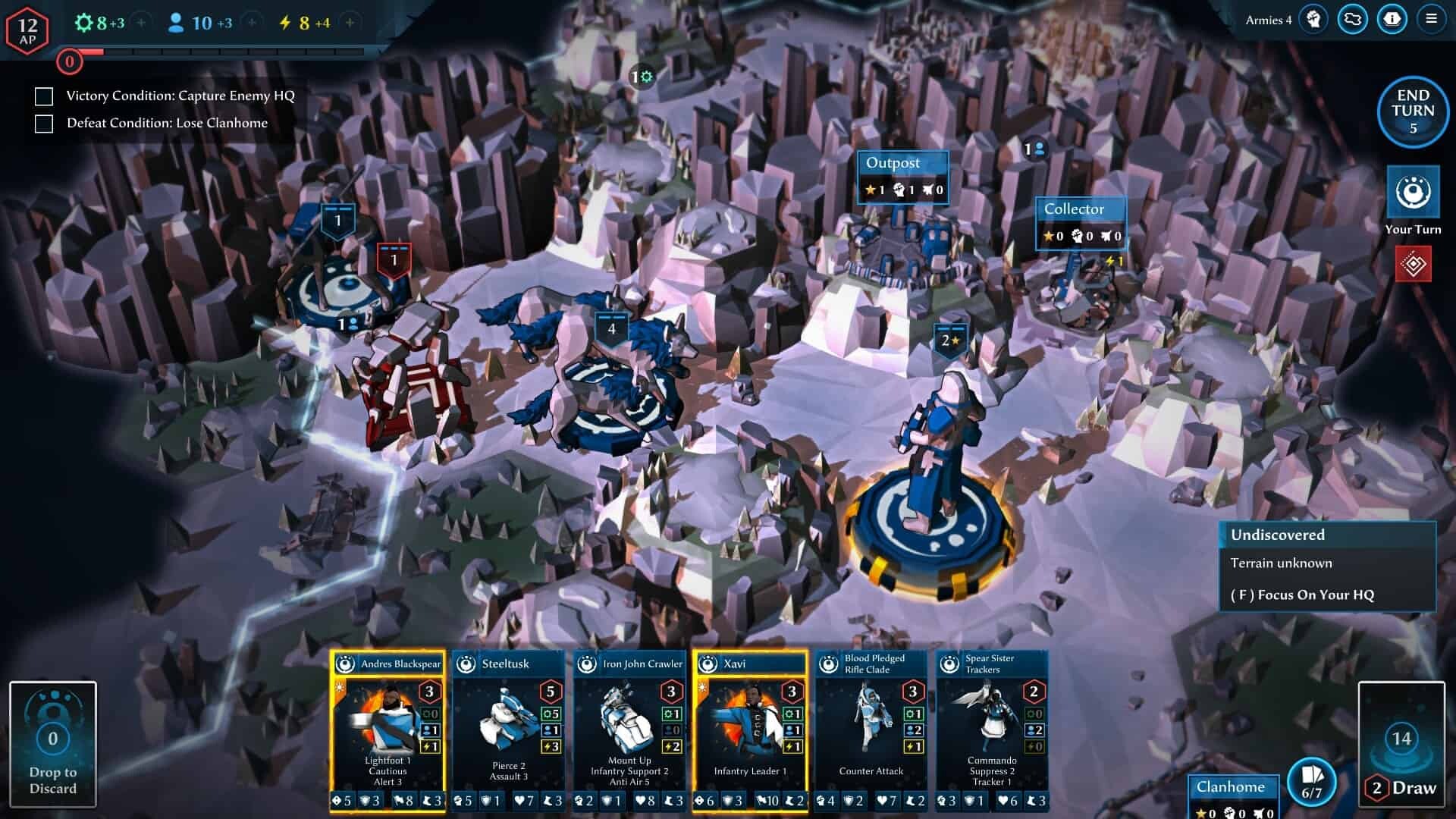 Despite its faults, Last Days of Old Earth is a solid game for strategy fans. It would also make a decent introduction for casual players to the more mechanics-heavy, tabletop-oriented side of PC war gaming.

If you’re interested in moving armies around a map, seizing territory and out-maneuvering the opposition, you could do a lot worse. But I’m disappointed they didn’t do so much more with the game’s unique setting.

Last Days of Old Earth is available via Steam. 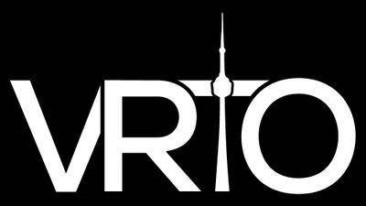 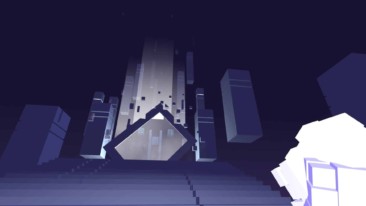