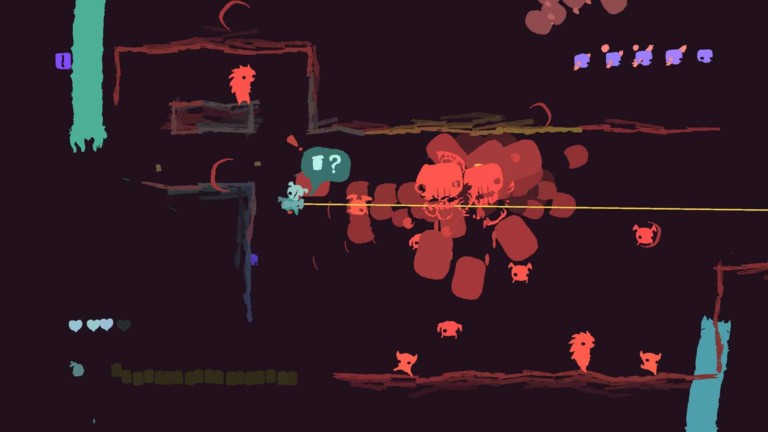 GoNNER from Art in Heart

GoNNER sports a plain look with single-color objects and enemies. Stark blood red enemies stand out against a pure black background. Similarly, your character is a beacon of cool mint green or teal. Gameplay is also fairly simple: Jump, double-jump, shoot, active item. That’s about it.

Controls, however, are tight: shooting, wall-jumping, and hit detection are all spot on – you have total control of yourself, and taking damage rarely feels unfair.

In a stroke of brilliance, the intro for the game teaches you that you can jump like a plumber off enemy’s heads. This is important, because as soon as you’re given a gun, you are unlikely to even think about head-stomping. However, nothing else is explained; you are left to discover what every item does on your own. Yet there is not a generous quantity of items, so it’s not as bad as, say, The Binding of Isaac.

Playing at breakneck speed is encouraged by the presence of a combo meter that rewards you with runes, that act as currency for pre-boss level merchants, and for extra lives that increase in cost as you use them.

High Scores tables and a Daily Challenge scored both on time and points encourage players to try their luck at beating the unknown with items outside of their comfort zone.

The beautiful simplicity is marred by a couple of semi-related issues, though.

Amazing particle effects from killing enemies and explosions are a little too excited, as they’ll often obscure the action. Because you’re only looking at about three or four colors ever, enemies will blend into explosion effects and catch you off guard. This happens again when you’re actually hit, as all your items are thrown from you. You recover as a small headless, armless torso to pick up your bits.

The problem in this case is that you can lose track of yourself among your lost items, causing you to get hit immediately again. Getting hit without your head attached is instant death.

Another sticking point is that, because of such a minimalist introduction, I was unaware until much later that pressing up while jumping allowed me to jump much higher. Up until then, I’d thought I was limited to a short jump that would put Italian plumbers to shame.

The game is short, but there are things to discover and unlock. Then, once unlocked, you are free to start your run with whatever you have uncovered. This makes it a little less like a Roguelike, but is appreciated nonetheless. You still have to find and experiment with many of the items, but you don’t have to rely on the random number generator to use them, which I’m sure many vets will appreciate.

Imagine playing Rogue Legacy, building up your family castle to support big burly warriors, then rolling a bunch of flimsy-armed mages for several runs on end.

As short as it is, it has charm and just enough meat to it to warrant a space in your library. Even after completely doing everything there is to do with it, there are people competing on the daily challenge enough to test how well they are able to carry a combo compared to the next guy.

GoNNER is available via Steam.

Watch the official trailer for GoNNER below: 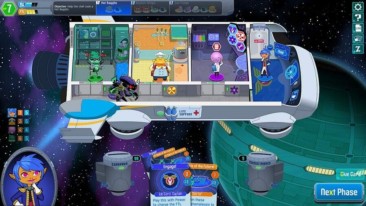 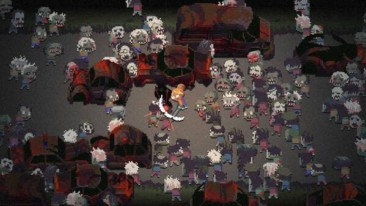