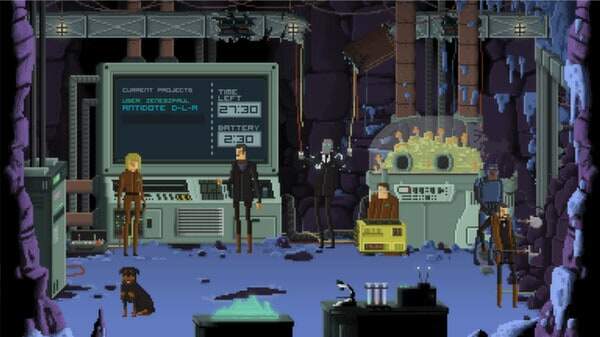 Game Name: Gods Will Be Watching

Gods Will Be Watching – What We Think:

Do not – under any circumstances – play Gods Will Be Watching. Anything you might glean from the exercise will not be worth the excessive time needed to acquire the information. Gods Will Be Watching is one of the most miserable video games I’ve ever played, an utterly joyless experience that thinks it’s far smarter than it is.

But let’s backtrack. Gods Will Be Watching, from Deconstructeam, is a resource management simulator. You play as Sgt. Burden, a mysterious soldier/survivor placed in a series of seven extremely bleak situations. The first chapter is a hostage standoff. In the second, you’re being tortured for nine straight days.

There are vague connections between the chapters – a terrorist group is trying to wipe out 4 billion people in an effort to end intergalactic slavery – although the plot is too heavy-handed to be engaging. The situations are so manipulatively humorless that they feel contrived, while the characters debate morality with all the nuance and conviction of high school freshmen.

Fresh Out of Fun

The main gameplay gimmick is that you have to juggle multiple resources, one of which is usually time. Other resources include water, mental stability, and human lives, mostly to emphasize the fact that the game is ‘serious.’ To proceed, you have to study each situation, and only after you’ve failed multiple times will the path forward become clear.

The problem is that your own observations and skill have little bearing on your success. In order to ensure the desired result – specifically, repeated player failures – the developers have amplified luck to the point that it’s the only meaningful gameplay obstacle. The situations are simple enough that that the optimal strategy can be figured out on the first or second attempt. But you’ll lose more frequently due to other factors that are beyond your control. 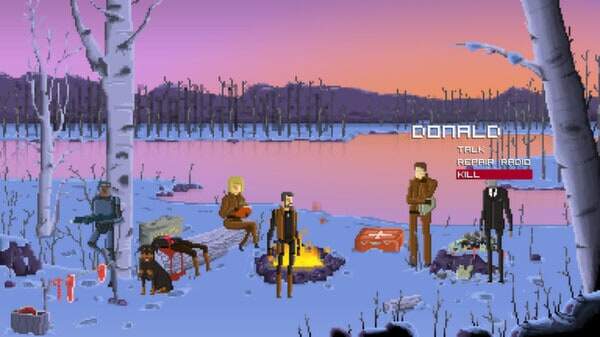 The torture sequence is the most obvious example. After being subjected to 15 minutes of bodily harm, you get to play Russian roulette, and it’s impossible to proceed without your captor pulling the trigger once or twice. If there’s a bullet in one of those two chambers, you go all the way back to the beginning to play through the same 15 minutes again. There are no changes to the story, but you’re still going to have to click through every redundant menu tree and reread every word of the bland pontifications of the villain.

A desert trek with randomly generated and sometimes impassable terrain is even worse. You have to play for 45 minutes in the hopes of making 5 minutes of progress, but the game doesn’t do anything to make those 45 minutes engaging beyond the first attempt. Every subsequent playthrough is a complete waste of time, in the most literal sense of the term.

No thematic payoff is worth that amount of disrespect for the player, especially when so much of the material leading up to the conclusion is trite and condescending. The dialogue in each mission reads more like an essay prompt than a conversation, each character essentially saying, ‘these are the issues you should consider for the next section.’

Island In The Storm

It’s too bad, because Gods Will Be Watching is not without ideas. The art and music are genuinely evocative, and there are glimpses of the logic-driven game that Gods Will Be Watching wants to be. The chapters in the middle third provide you with more accurate information that allows you to make better decisions. When the game tones down the probability factor, it starts to feel like a puzzle in which you have some degree of control.

The extreme difficulty is also supposed to serve as a meta-commentary about video game logic, and it’s at least mechanically interesting. Sgt. Burden is a quasi-divine figure, a man who perseveres not because he is better, but because he is gifted the opportunity to learn from his mistakes. But the Prince of Persia makes the same mechanical point far more efficiently whenever you rewind the Prince’s memory, and that has the benefit of being fun. The narrative misery in Gods Will Be Watching stretches the feedback loop well past the breaking point, which has the effect of making you feel like a hostage. When you do advance, there’s no sense of satisfaction because you recognize that you haven’t accomplished anything. There’s only relief that you don’t have to replay that mission because the game finally decided that you’ve suffered enough. You got lucky. There’s no guarantee that it will happen again.

Gods Will Be Watching is ultimately like a lecture on nihilism delivered by a professor who cares more about the sound of his own voice than he does about any kind of connection with his class. Maybe he’ll say something noteworthy if you pay attention, but it’s unreasonably hard to do that when there’s no effort to communicate. Most students will end up on Facebook.

I ended up playing Hearthstone, only doing so on third (and fourth) playthroughs when I already knew exactly what every character would say and I was confident that repetition would not add any texture to the discussion. The language isn’t that subtle. Life demands sacrifice? No kidding. That’s why I don’t waste my limited leisure time with crap like Gods Will Be Watching.

The Gods Must Be Crazy

But let’s say Gods Will Be Watching did go over my head. Maybe I just don’t get it. Even if that’s the case, the experience is so awful that I never would have finished Gods Will Be Watching had the review not demanded it. No matter how insightful, a message that doesn’t reach an audience is effectively worthless. If I missed the allegory it’s because Gods Will Be Watching aggressively pushed me away and I decided to take the hint.

Your time is similarly more valuable than Gods Will Be Watching. I feel like I’ve been bludgeoned with a baseball bat made of frozen insignificance and despair, and I don’t appreciate that kind of treatment. If Gods Will Be Watching insists on having such contempt for the player, then I’m going to have the good sense to return the sentiment.

Gods Will Be Watching on Steam

Gods Will Be Watching – Official Site 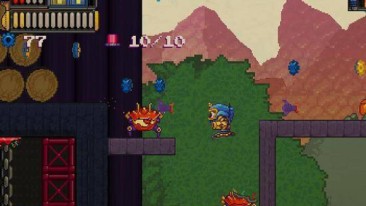 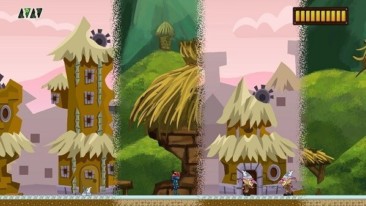 Review: Concursion by Puuba Games – Mashing Up Every Retro Genre