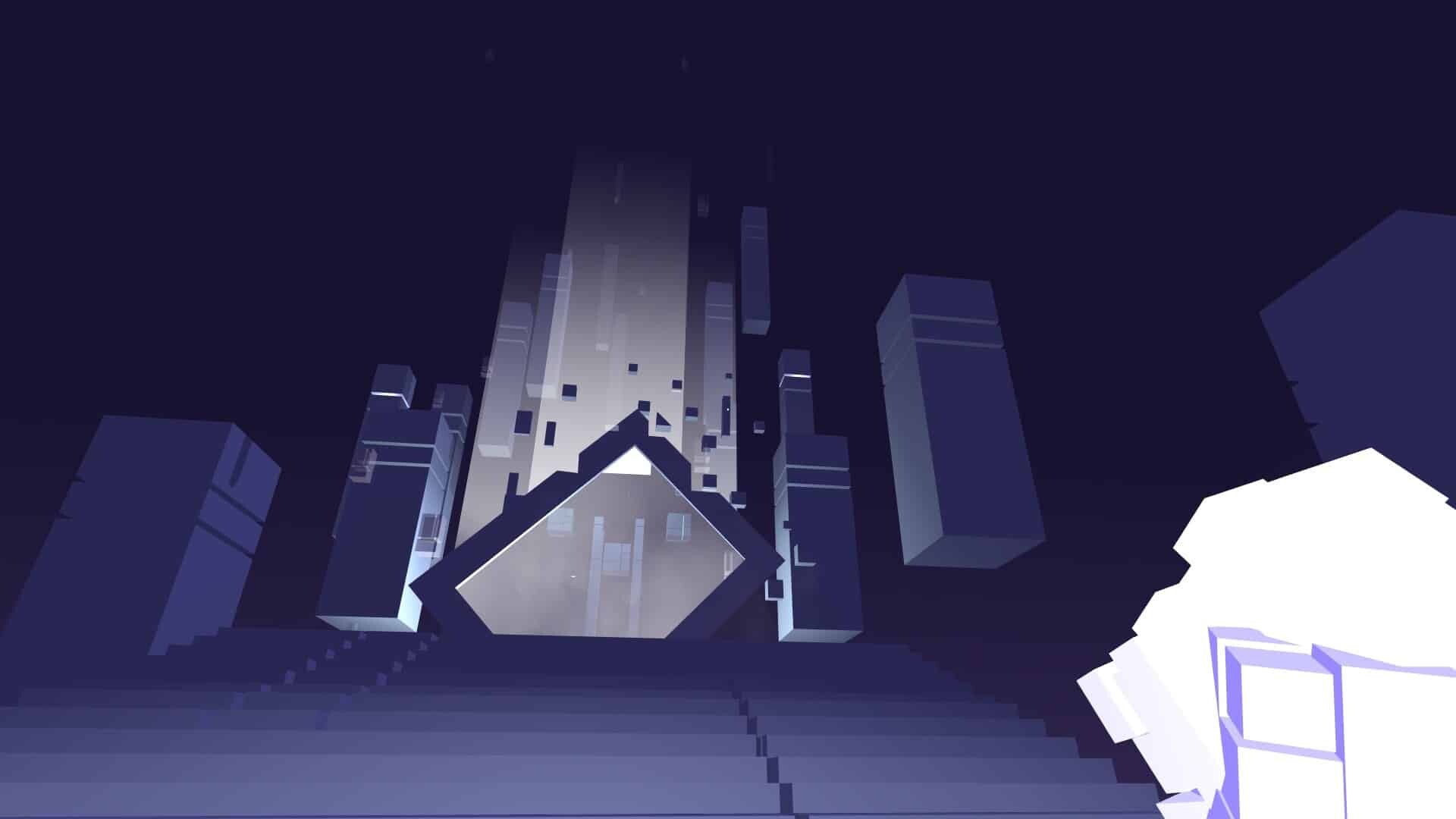 With the exception of the universally beloved Portal series, first-person puzzle games tend to be pretty divisive. Some love the intellectual challenge, but quite a few of us just find them frustrating. Glitchspace has enough going on – and a gentle enough learning curve – to appeal to both camps.

Based on its geometric graphics style – which reminded me a bit of a more Brutalist, office park version of FRACT OSC and its colorful polygon caverns – I was expecting Glitchspace’s puzzles to be a nightmare. (Don’t get me wrong, FRACT OSC is an amazing game, but I spent at least as much time watching YouTube walk-throughs as I did actually playing it.)

Fortunately, the goals here are self-explanatory. To progress, one must simply move from here to there. Helpfully maroon-colored cuboids – that’s apparently a fancy mathematical term for 3D rectangles – serve as tools to that end. Ride them up and down like elevators, rotate them to block dangerous “data streams,” stretch them out to form bridges across chasms, and hop up them like stairs. 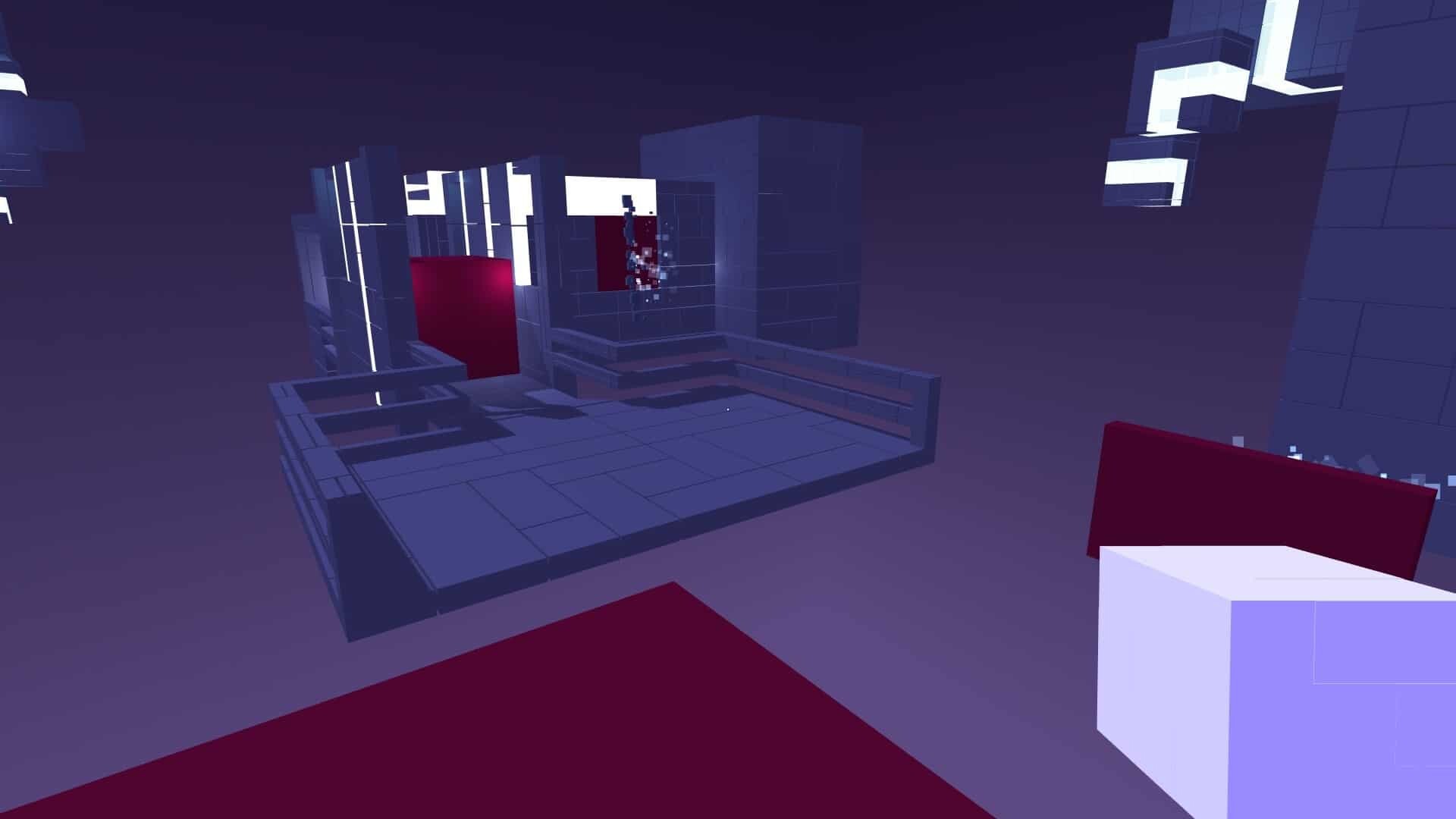 The twist: to manipulate said cuboids, you have to program them. Again, the very idea sent chills up my spine. I’m still recovering from how stupid I felt trying to play TIS-1000.

Thankfully, you don’t have to learn rudimentary assembly language to succeed in Glitchspace. The “programming,” such as it is, involves stringing together individual nodes. At its most basic, this might involve an action (say moving a cuboid), a direction and a distance.

The game adds additional concepts after that, as well as letting you create, place and manipulate your own cuboids, but it introduces new programming tools slowly enough to grasp even if you lack whatever gene helps people understand programming concepts. And it’s all done via a click-and-drag interface, so no memorizing command lines! 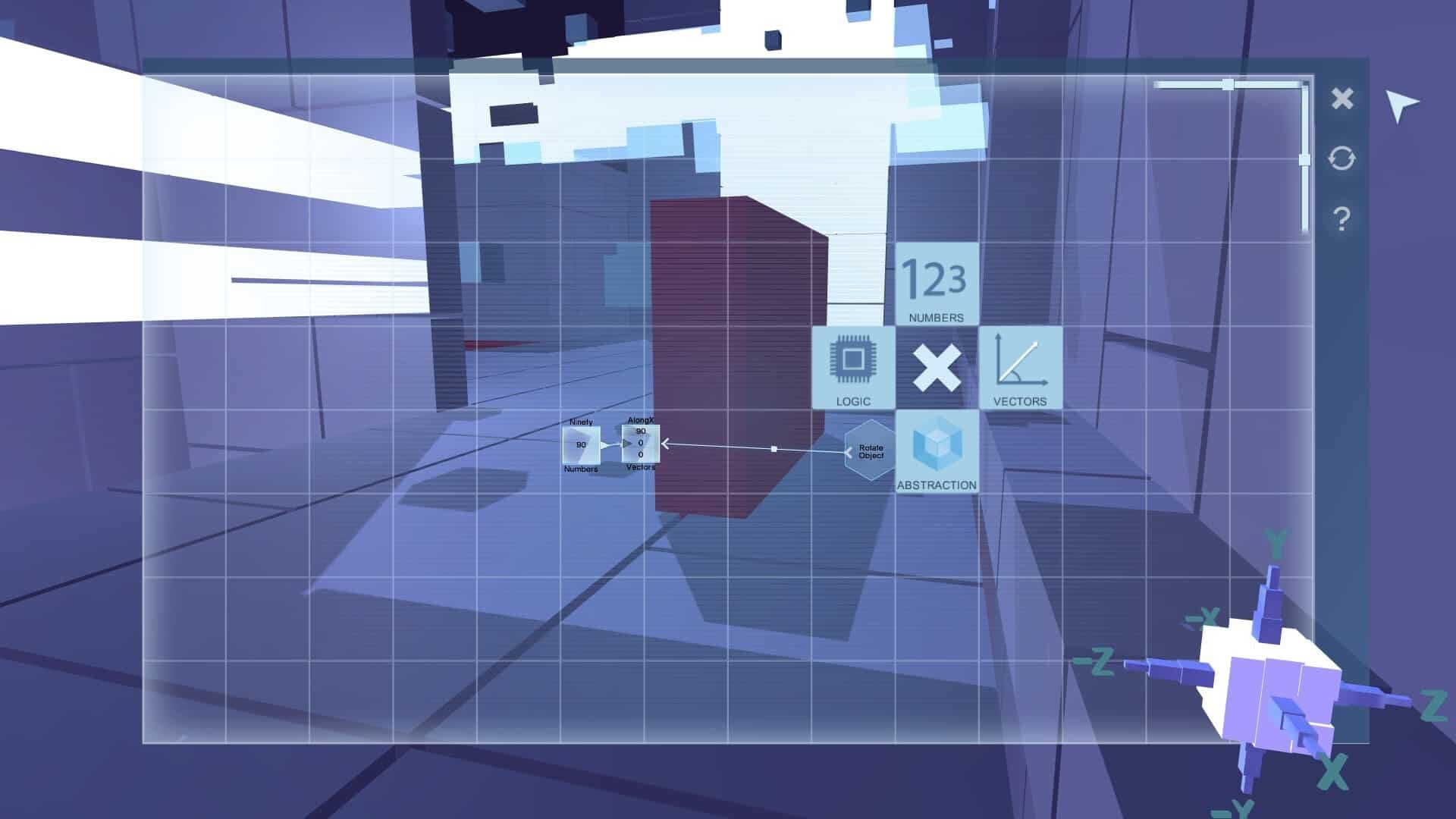 A Hop, Glitch and a Jump

That’s not to say that Glitchspace is entirely easy. What’s more frustrating is that a lot of the hard bits come from the game’s fiddly nature, not from its puzzles, per se. Jumping chasms on rotating cuboids temporarily turns it to a tricky platform puzzler instead of a logic puzzler, for one thing.

For another, the programming also gets fiddly. It can be hard to place cuboids exactly where you want them, and despite a helpful widget in the corner of the programming interface, it can also be hard to move them in the direction you want them to go. More than once, I ended up quitting the game not because I was stuck, but because I had run out of the patience to keep restarting a particular program command from the beginning. 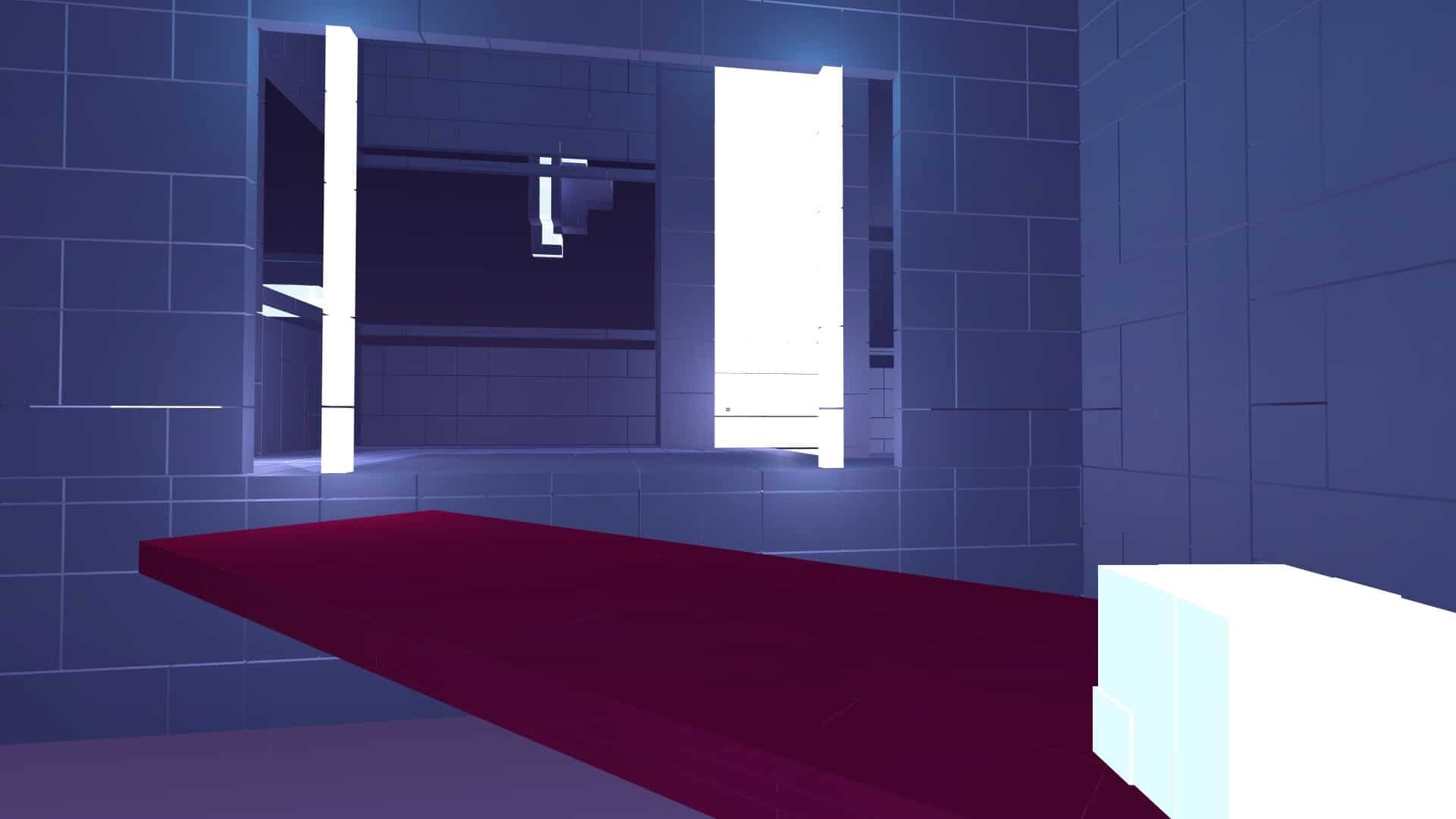 Even when it’s dragging things out unnecessarily – or throwing you down a chasm – Glitchspace looks and sounds gorgeous. As mentioned, its visual approach is reminiscent of FRACT OSC, or early cyberpunk authors’ depiction of “cyberspace,” all square-edged geometry rendered in cool blues and grays, but for the magenta of programmable cuboids. An electronic ambient soundtrack punctuated by hints of glitch music – appropriately enough – add to the ambiance.

And if you really want to get that early William Gibson vibe, you can actually play in VR on the Oculus Rift. I haven’t tried it yet, but I can only imagine that the incredible visual effects make up for the lack of jumping precision. 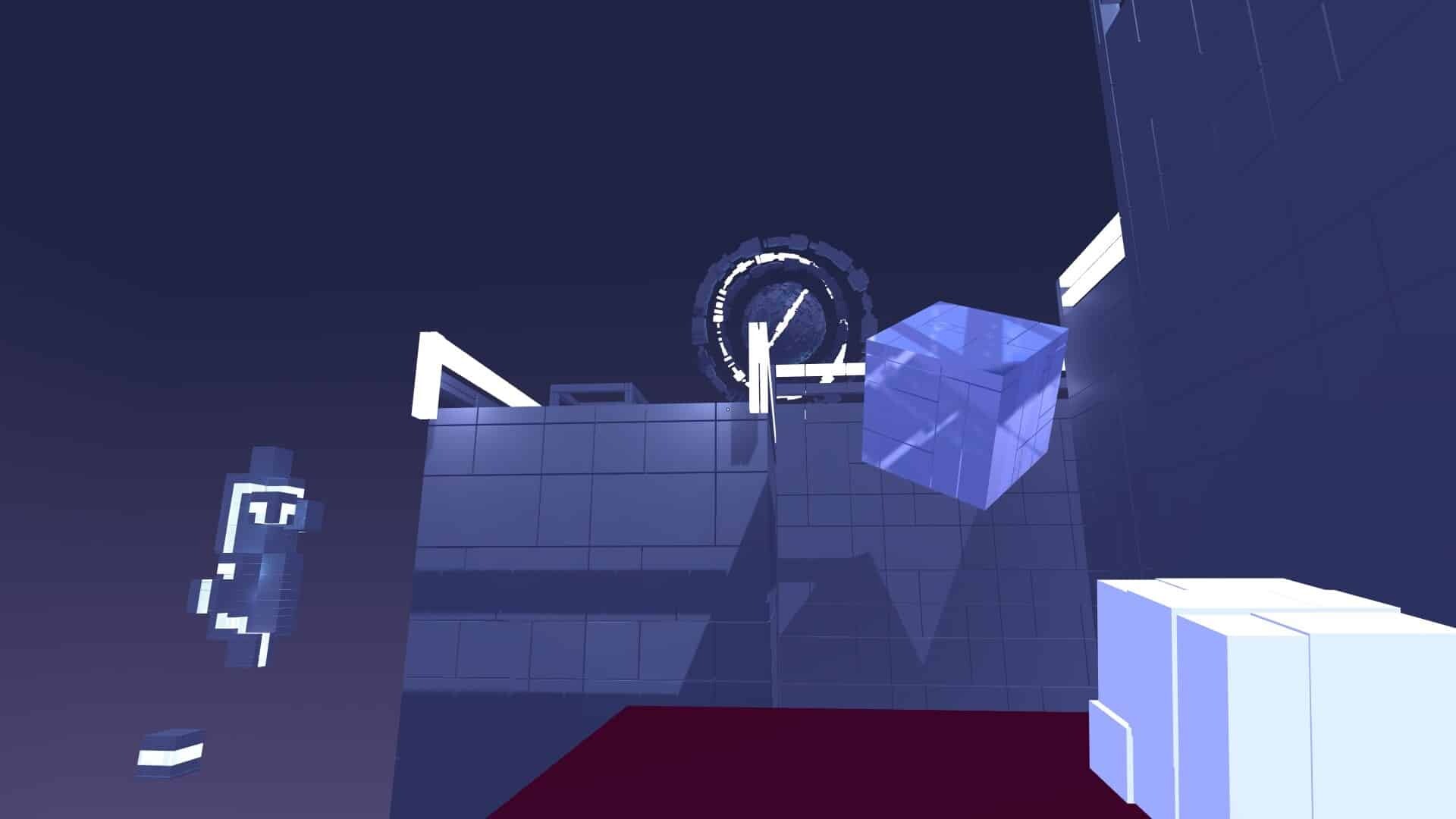 A few minor complaints aside, Glitchspace is a solid, carefully constructed puzzle game with a unique and unexpectedly user-friendly core mechanic. For the most part, solving its puzzles made me feel smart, and my visits to the land of video walk-throughs were few and far between.

Keeping that in mind, there’s undoubtedly a contingent of programmers and puzzle fanatics that will write this game off as “too easy.” Me, I’m just glad that developers Space Budgie see a market for logic games that don’t require decades of genre experience to make it past the first level.

Glitchspace is available via Steam.

Watch the trailer for Glitchspace below: 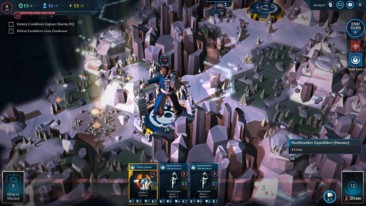 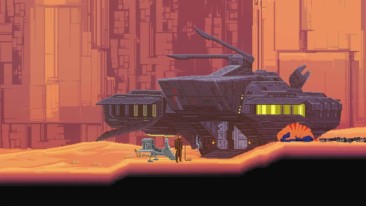