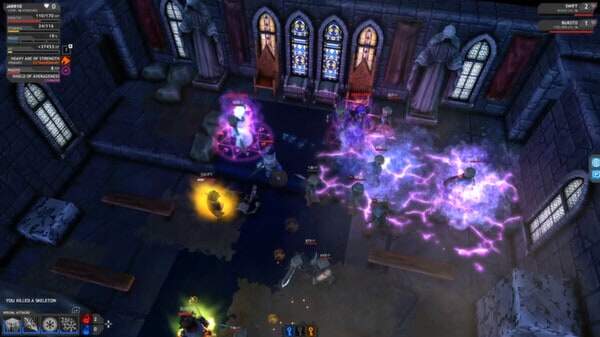 Fight The Dragon – What We Think:

Tired of playing shoddily built RPGs? Do you play the latest Triple-A title and think to yourself, “I could do better than that?” Fight the Dragon is a community created hack n’ slash RPG whose goal it to provide you the tools to create a dungeon or a campaign where your imagination is the only limit.

Build Your Own Adventure

FtD has a fairly simple, and moderately powerful world editor that allows you to create a stand-alone level, or a series of zones that will make up a larger campaign. It’s simple enough that just about anyone could create a fairly decent level with minimal effort and a tiny bit of imagination. My only gripe about the editor is the sparse selection of monsters available to be placed.

The triggers and world AI you can code into a level, however, are both simple to set up, and powerful enough to create complex puzzles and traps. From the user-made levels I played – and simply by looking at the editor to see what was available to tweak – the possibilities for dungeon puzzles and thematics are almost endless. For a clever builder, this could be the strongest selling point for FtD.

As for the combat mechanics; they are simple yet functional. It’s a passable, but mostly uninteresting combat system. There are some special abilities to keep you from having only a single attack button, but for the most part the combat is as complex as that found in Gauntlet. This leaves FtD to lean on the cleverness of its world builders to creating intriguing new levels with unique mechanics, puzzles, or just a fun-to-navigate layout. 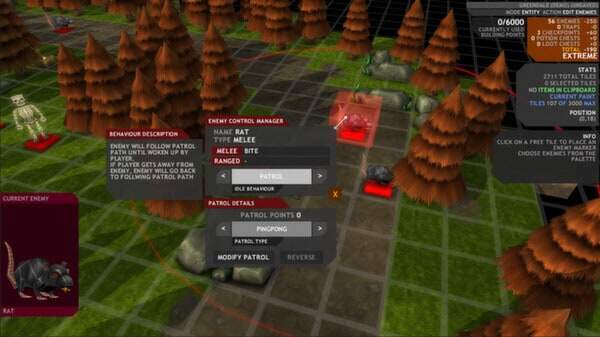 Between levels there is a hub world that allows you to change characters, store loot, sell loot, open your game to multiplayer, or Fight The Dragon.  Selling loot builds up a meter that will give you a chance at better rewards the more you put in before you choose to cash out. You could gain a high quality item, a permanent stat boost, or even an extra inventory slot. Selling your junk loot and cashing out here will be one of the quickest ways to progress your character’s advancement as level to level you gain very little in actual power. 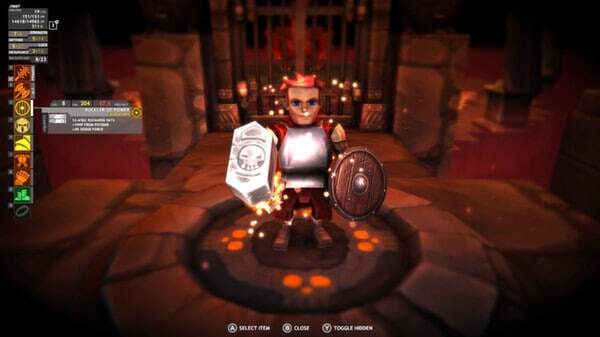 The multi-player is very competent as well. Not only is there a decent online multi-player mode that allows you to play any of the available user-made levels just as easily as you can solo, but there is also a split-screen local mode with solid game-pad controls. It is extremely easy to switch from playing online, to then going offline and local. 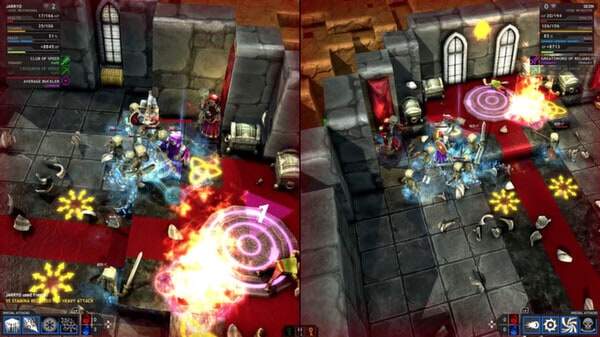 This Fight Has Been Known To Drag On

As for actually Fighting The Dragon: You are awarded scrolls that allow you to make an attempt at fighting the dragon. These are generously given out and you’ll amass a large amount of them quickly. You’ll need them too, as the Dragon has a Million hit points. He takes very little damage, and can kill you in 2 or 3 hits. Damage you can get in stacks between attempts, and you will slowly whittle him down from that starting 1,000,000. At various thresholds you’ll even be given the occasional reward that will help as you continue to chip away at him. But, you can only do it solo. It seems to be a long-term goal that encourages you to go out and play more and more user-created content.

The Pen Is Mightier Than The Sword

Baldur’s Gate it is not. Diablo is it not. And if you intend to only play, and not build, Fight the Dragon may not be your thing. But – if you want to let your creative juices flow, you can be the author of a compelling multi-chapter epic, or the master mind of a devious dungeon filled with traps and puzzles. Even if you only use the editor as a way to easily build test dungeons for other outside uses, Fight the Dragon could very well suit your needs.

Get Fight The Dragon on Steam 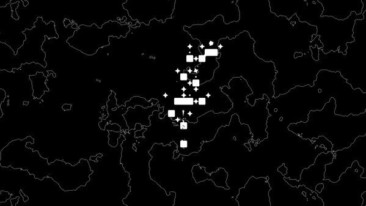 The Sun and Moon – An Indie Game Review 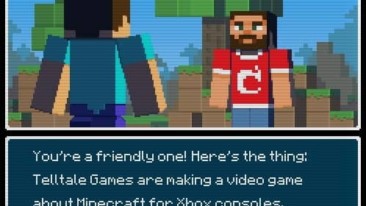