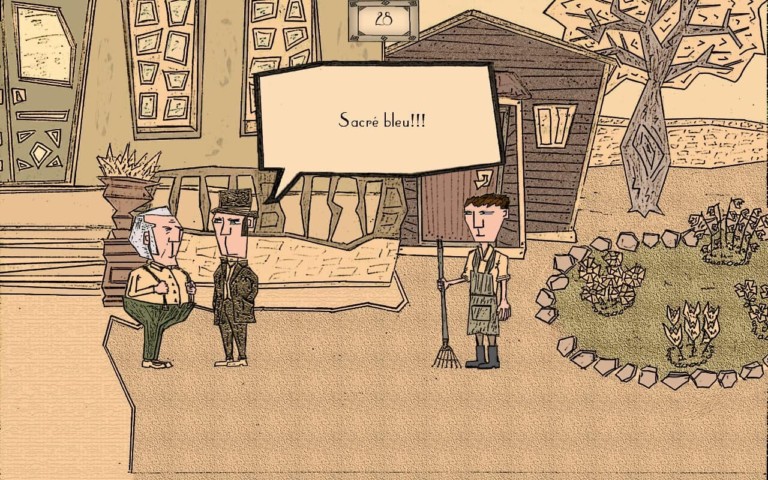 Game Name: Dr. Doyle & The Mystery of the Cloche Hat

Dr. Doyle & The Mystery of the Cloche Hat from Point and Click Narratives

Dr. Doyle & The Mystery of the Cloche Hat hearkens back to ’90s style point-and-click adventure games – hence the developer’s name, Point and Click Narratives – with players tasked to solve a robbery through clues and interrogation. Like many games of the genre, players are encouraged to click on everything, use every item with any interact-able object, and always check revisited places for new clues. 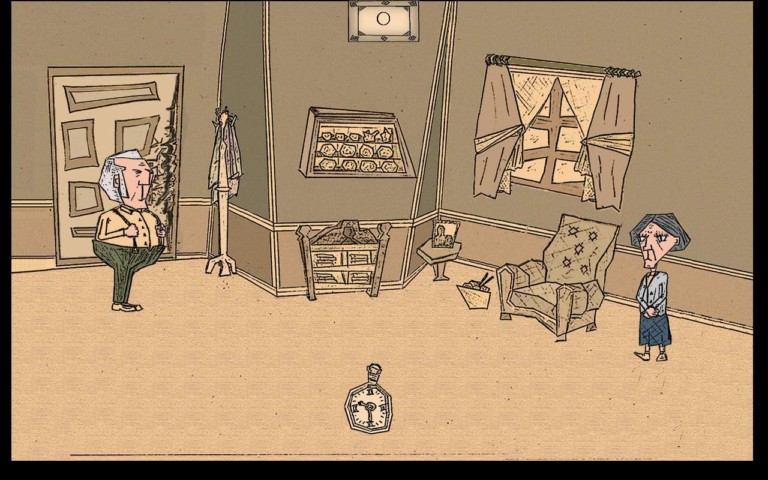 Unfortunately, the real mystery is revealed to be, “Why did the developers insist so heavily on using archaic adventure game tropes and a clumsy interface?” shortly after starting the investigation. While the story itself is well written, the way players dissect and interact with the key characters and setting is frustrating to the point of obscuring any intrigue the tale might have held. It’s unfortunate, because the most satisfaction I got from the story was finishing it and not having to fumble around with the game’s controls anymore.

Players take on the role of Dr. Doyle, coroner for the Dover Police Department in England, 1923. The ambitious doctor takes time out of his schedule to investigate crimes that the police do not view as worth their time (an obvious reference to Sherlock Holmes and his creator, Sir Arthur Conan Doyle). As such, the game starts with Doyle at the residence of Mrs. Pike, whose house was recently broken into. 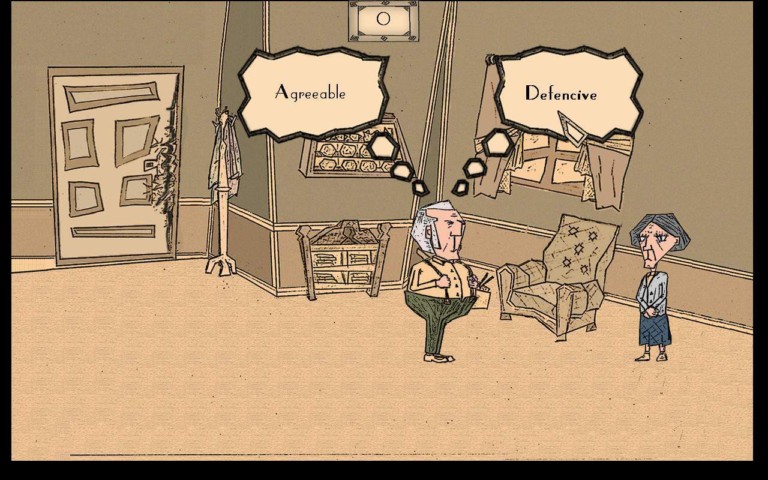 After an initial conversation and investigation of her apartment – teaching players how to interact with the game – Dr. Doyle establishes that only a hat had been stolen from the unit. As with many Holmes mysteries, the small detail soon spirals into a tale of deception, burglary and murder, with new developments occurring in each of the story’s five acts.

Picking up clues (stored at the bottom of the screen) and looking at or speaking with witnesses is the bread and butter of the game. As with its inspirations, Dr. Doyle & the Mystery of the Cloche Hat is viewed from a two-dimensional perspective in an art style suited for the time period. As such, there is a sepia tone coloring the entire game, and the music is in keeping with a Fritz Lang-esque caper. The problem with this is that it makes the game look and sound a bit boring by today’s standards. 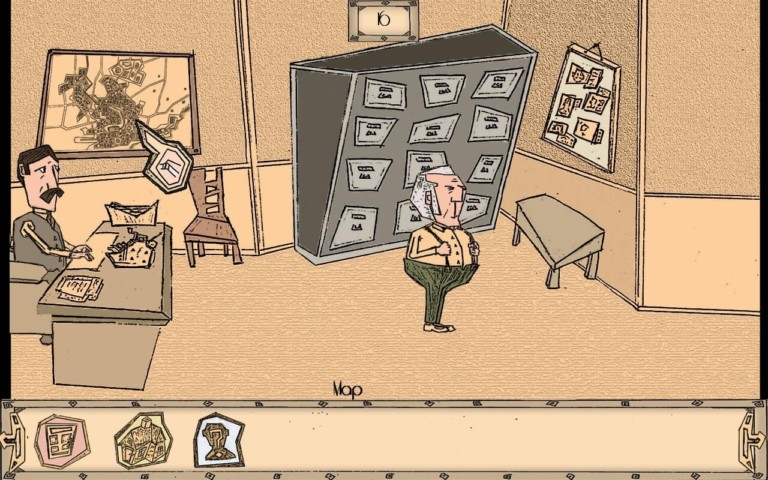 Even Double Fine’s recent remastered LucasArts adventure games like Full Throttle and Day of the Tentacle pop with vibrant color and character. Dr. Doyle, on the other hand, rarely – if ever – gets self-aware or charming, and instead drags its serious, monotonous tone throughout. As someone who did not grow up playing adventure games, Double Fine’s faithful remasters are a treat to play, ironically trumping a game released for the first time in 2017.

So why does Dr. Doyle fail where older games like Grim Fandago soar? To start, controlling Doyle is a drag. He moves slowly, he picks up on leads slowly, and he’s as stuffy as some of the more drab Holmes characters. At no point was I laughing at his jokes or gripped by his revelations, as I had made them 30 minutes before Doyle could. 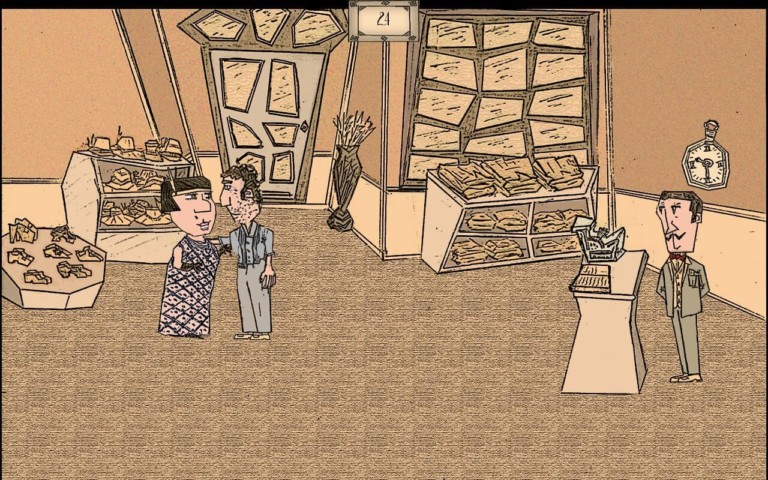 As well, some of the clues that are used to spur conversations or revelations have multiple meanings, making it a laborious process to determine which clue will lead to the next development. This led to me clicking through everything – and I mean everything – to advance the plot. At least the LucasArts games had ingenuity and clever solutions in many cases, despite how frustrating they could be. Rather than ease the frustration, Dr. Doyle doubles down on making players click everything in sight until a solution appears. 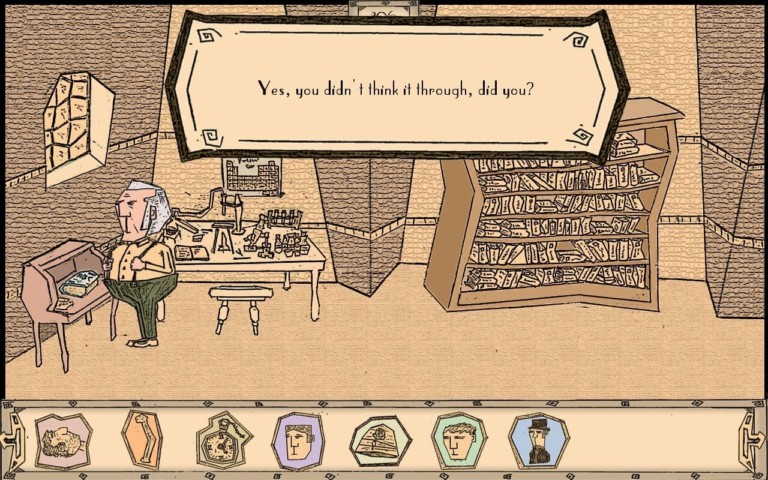 A History of Mystery

While plenty of games and tropes have come and gone since the 1990s, adventure games today remain extremely similar to their origins. In the case of Dr Doyle & the Mystery of the Cloche Hat, the game retains the most frustrating elements of the genre while ditching the more charming and memorable aspects.

“That’s the way it was, though,” I can already hear people retort. Unfortunately, this doesn’t make for a fun gaming experience in 2017. Sure, it may pull at some nostalgia strings, but not enough to redeem the infuriating gameplay. Without any humor, charm or innovation on a style of game, Dr. Doyle is a slog, obscuring an otherwise good mystery.

Dr. Doyle & The Mystery of the Cloche Hat is available via Steam.

Watch the official trailer for Dr. Doyle & The Mystery of the Cloche Hat below: 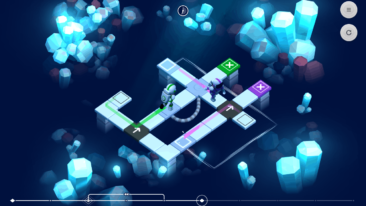 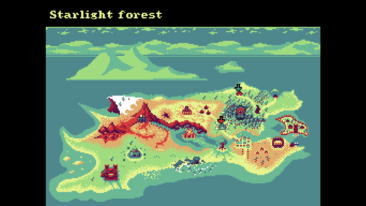 Review – Nadia Was Here – A Unique RPG for Those with Heart