Devils & Demons – What We Think:

Turned-based games seem to come and go in waves, always focused on a niche group. With Devils & Demons, HandyGames is trying to bring a hex-grid game to a more casual audience. While the game was first released on Android and iOS in the end of 2014, we are finally able to play it on a bigger screen this year. But how does the almost year-old game with micro-transactions hold up on the computer? The answer is a bag o’ mixed feelings. 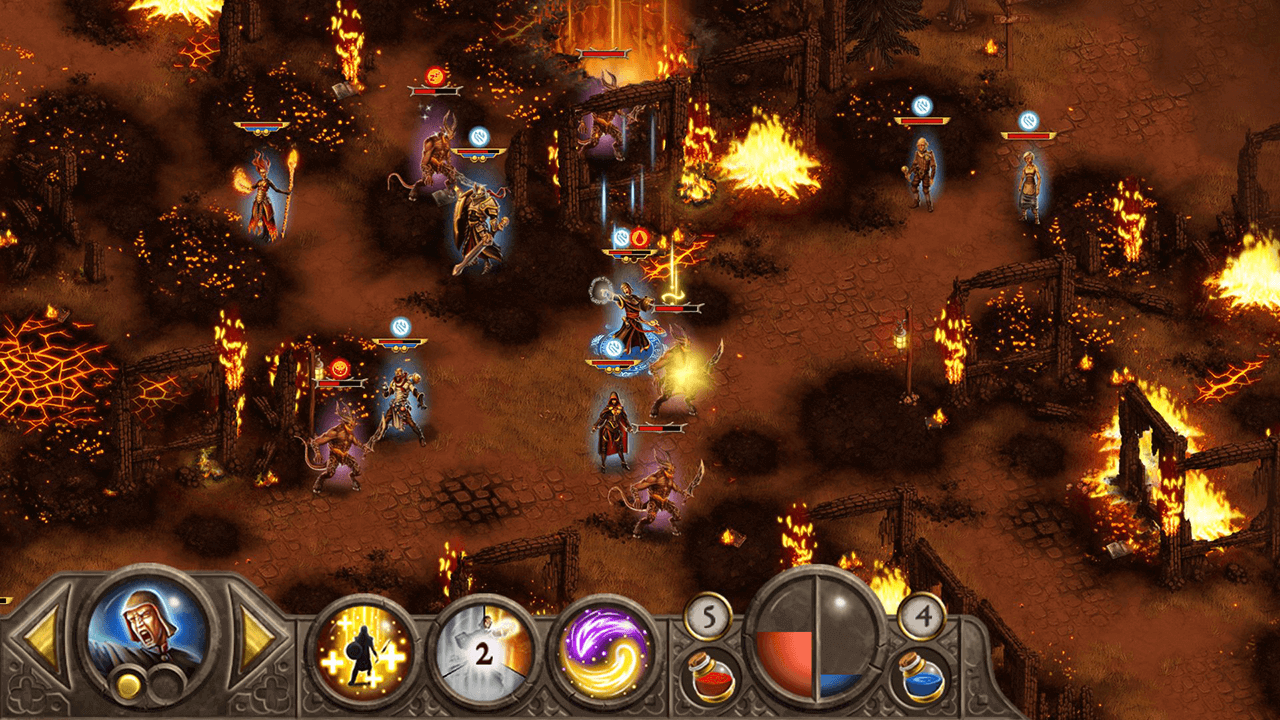 Devils & Demons takes place in a magical world ruled by dragons and filled with all the clichés you’d expect from a fantasy setting. The storyline is a big cliché on its own; a portal has opened, releasing all sorts of demons upon the world. You must stop them, gathering heroes along the way.

The epic storyline actually suits the game very well, but the dialogue can at times be poorly written. There are words missing and mixed up sentences which take a while to understand; HandyGames could have done a better job proofreading the English dialogue. 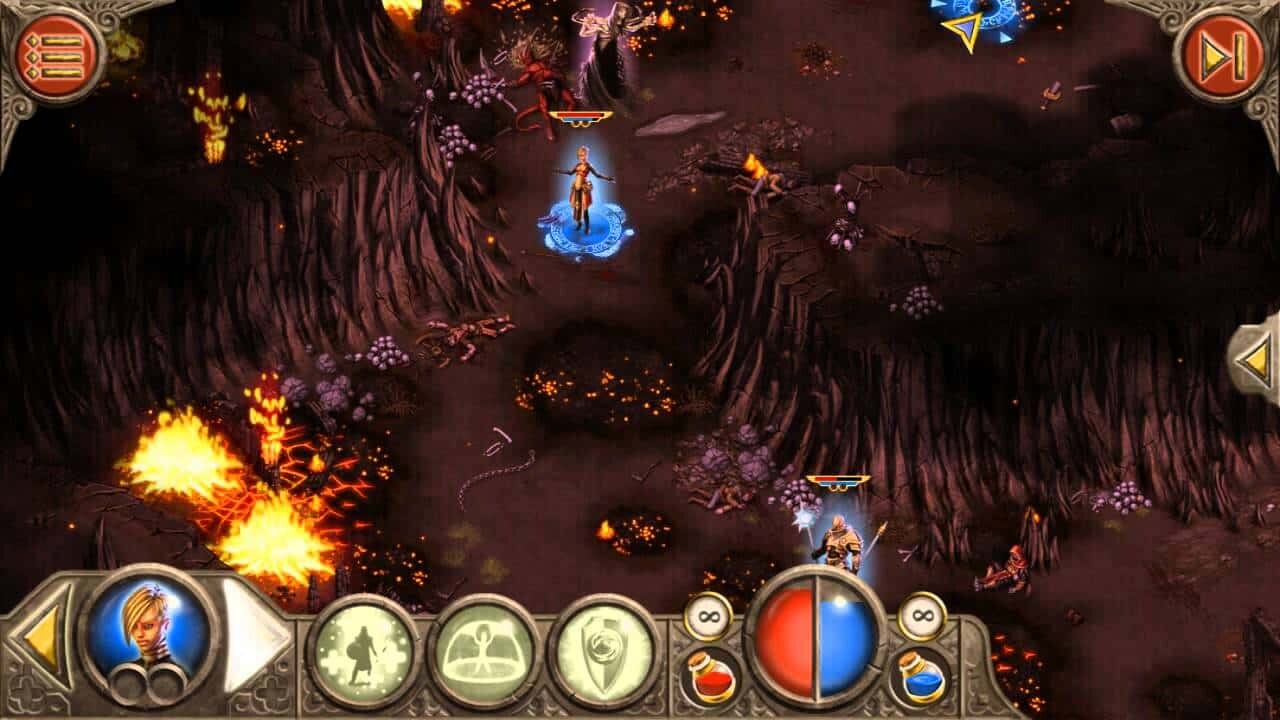 Devils & Demons isn’t the kind of game you play for the story, anyway. It’s a game you play for its tactical gameplay and great looks. Like most turned-based games on the market, your moves are limited by rounds: the enemy’s turn comes after yours, and there’s neither a timer nor realtime action to worry about at all. The game’s adherence to this classic mechanism works insofar as you know what you’re going to get, and it works great.

On the downside, it makes the game a lot slower than it has to be. Many of the maps are really big and feature few enemies or point of interests, making exploration a drag, since you only can move a little bit every round. There are also small, but unnecessary load times between rounds, even if the AI isn´t doing anything, making progression through empty spaces a bigger drag. Devils & Demons would have benefited from towers to search the area, or perhaps a mix of real-time movement and turned-based battles. 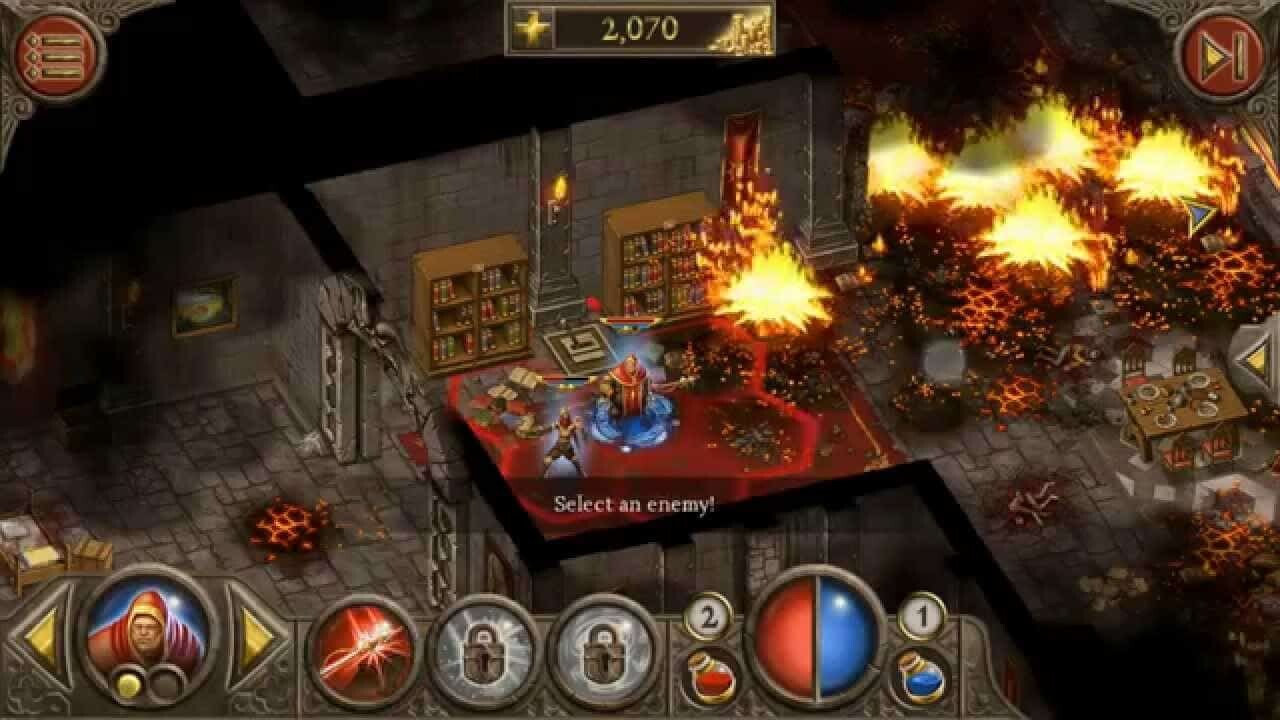 One thing that makes the slow movement actually worth your time is the game’s great artwork. The environments and characters were enough in and of themselves to make me stick with the game until the end. Everything looks handcrafted to the last detail, and I loved it. Sadly though, the animations in the game are lacking, making the characters a little less shiny. Mainly it’s the non-existent movement animation, which makes it look like everyone is just floating around.

One last thing that needs to be said is that the transition from the mobile device payment model to the computer is very noticeable. For some reason, HandyGames hasn’t made the effort to remove things connected to the micro-transactions, making for some weird encounters.

Devils & Demons is a game that tries fall back on previously successful design choices without thinking of ways to renew or improve them. The mobile format for which it was first created is visible throughout the entire game, making it less appealing. But if a classic fantasy story with good-looking environments and slow-paced, tactically-oriented gameplay is your thing, Devils and Demons might be a good trip.

Get Devils & Demons on Steam

Get Devils & Demons from the Google Play Store

Get Devils & Demons on the iTunes App Store

Get Devils & Demons on the Windows Phone Store

Watch the trailer for Devils & Demons below: 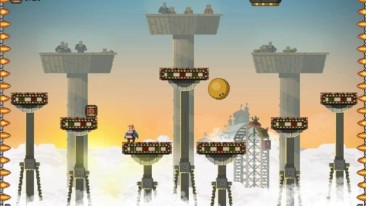 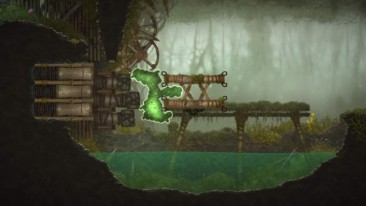