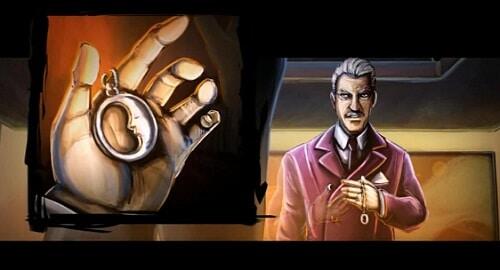 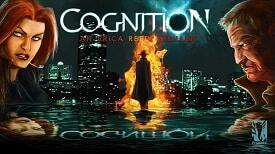 Cognition Episode 3 – What We Think

Erica Reed has been led down a gruesome trail in Episode One: The Hangman and Episode 2: The Wise Monkey (links to our reviews). Her last lead resulted in another twist to the mystery; she is still no closer to catching her brother’s murderer, though new angles have emerged. In Episode 3, a face from the past returns, and her intentions are far from clear. From a gameplay perspective, Erica spends much of the episode checking out this person’s condo apartment.

So you fully plan on playing the entirety of the Erica Reed saga, and you’ve decided to start by reading this review of episode 3? Don’t do that to yourself. Turn away now, and we’ll pretend this encounter never happened. While I’m not going to come right out and yell “J’accuse!” when the killer is mentioned in my review, I’m also not wearing my eggshell slippers; I in no way guarantee that my coverage of this chapter will not reveal more than you want to know.

Been There, Done…Most Of That

The game continues with its point-and-click interface, with certain items and people generating an aura indicating that Erica’s psionic abilities need to be brought into play. Items connected to the case will conjure up story elements that will help to uncover additional leads, as well as dialogue choices with other characters.

Erica’s new power has her seeing past events through the eyes of Cordelia, who as it turns out, is also “gifted” with visions, though she can see future events. Early on, Erica is forced into a vision controlled by Cordelia, and she finds she isn’t immediately able to emerge from it. Once Erica has entering and exiting these visions under her belt, she is able to tap into Cordelia’s memory fragments. The connection to these memories is initially spotty, and huge chunks of information will be missing. Additional information can be unlocked by discovering clues within the apartment to link up the spaces.

As in previous chapters, the 3D models are all stylishly cell-shaded. Most of the movements are fluid and natural, and the dialogue sequences showcase a wide array of emotions on the characters’ faces. Unfortunately, the voice acting falters in places, leading to hackneyed melodrama overtaking what should be significant character revlations.

From the glossy opening, the soundtrack is one of the chapter’s most impressive features, bringing a hard rock edge to the mysterious dealings afoot.

The character animations can be wonky and inconsistent at times. For example, Erica has a bizarre lurch that she performs often when starting to walk towards something. There were also some odd lighting flickers that took place in some dialogue exchanges; the character would wash out slightly during a sentence, and then re-saturate at the close of the segment.

There’s also a particularly awkward moment where Cordelia needs to move an orrery to another location. For those unfamiliar with the term (as I was, before playing this chapter), this is a large model of the solar system that rests on a stand. As she handles the orrery, it visually shrinks down as if she were deflating a balloon. When she places it in its new location, it grows out of her hands back to its original size. I would have far preferred a fade to black to mask the item’s removal and reemergence.

The bulk of episode keeps you inside the deluxe condominium; it makes for a stagnant reconstruction of the events that took place here.

If this isn’t off-putting enough, the characters aren’t that interesting. There’s Max, a millionaire real-estate wheeler-dealer of an older brother absorbed in his work, to the point of distancing his family. There’s Keith, the eccentric genius brother, toiling away on his brilliant projects when he isn’t whining about how he doesn’t feel as important as anyone else in the family. Rounding out the menagerie is Skorobeus, a mysterious Maître d’ who appears to have been hired with the sole purpose of letting people know that he and his employers are, in fact, mysterious. They’re type characters whose lack of distinction prevents you from rooting for them. Though the tale escalates in the last few minutes of the chapter, it spends an unpleasant amount of time dangling its toes in the soap opera well.

Cordelia is in the middle as a means to piece it all together, but as this can be played out of sequence (to accommodate the inclusion of Erica’s new “power”), the events feel highly disjointed. This is compounded by having Erica look into Cordelia’s past…which shows parts of Cordelia’s future…but did that glimpse of Cordelia’s future (which is in the past, as Erica is viewing it) happen before, or after the view of the future from Cordelia’s past that you viewed five minutes ago? While this fragmented style may well have been the aim of the devs, it felt more as if the game design was out of synch, rather than Erica’s perception of it.

Didn’t See This One Coming

This bandying about weighs down the game, and the few puzzles end up being unnecessarily frustrating. While the game takes a signature macabre twist at the end, including a great “holy s***!” cliffhanger moment, getting there is a chore. Maybe that’s how psychic detectives do their job? If so, this may not be your calling.

Get Cognition Episode 3: The Oracle at GamersGate 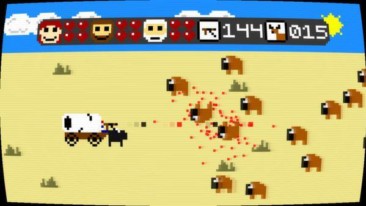 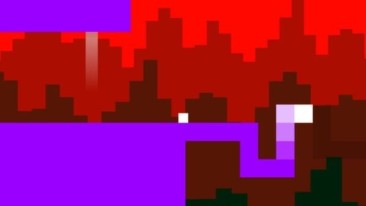