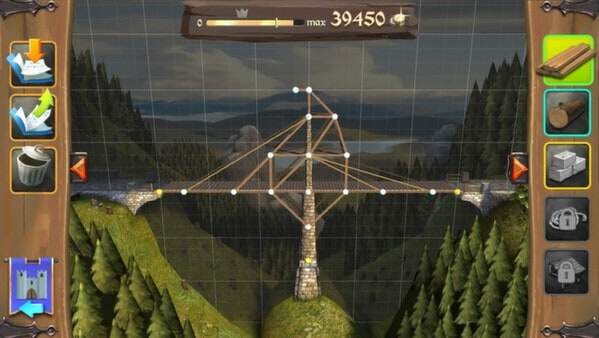 Bridge Constructor Medieval – What We Think

Bridge Constructor Medieval has pretty much everything you’d want from a physics-based puzzle game. The system is intuitive and the tools are easy to use, while the puzzles incorporate many different types of bridges and objectives.

Yet while it does what it needs to do, playing Bridge Constructor Medieval ultimately feels more apathetic than engaging. It cares more about bridge accuracy than it does about the player experience, which serves to distance the player from the challenges presented.

A Bridge Too Far?

And yes, I know that sounds like I’m missing the point. Of course a game called Bridge Constructor Medieval cares about bridges, especially when the title so perfectly reflects the actual content. You build bridges using medieval materials in medieval settings.

So what’s the problem?

Though the physics are precise, that doesn’t always work in the game’s favor as a piece of entertainment. Bridges are incredibly intricate architectural structures. Most engineers have to study for years before anybody will let them build a real one of any scale, largely because there are a mind-boggling number of factors that can cause a bridge to collapse if not properly accounted for. Bridge Constructor Medieval has absolutely none of those variables. After a few brief tutorial missions that do not even remotely cover the necessary range of bridges, the instructions are basically ‘wing it’ for every single puzzle. The game expects you to know what kinds of bridges to build and when to build them. If you don’t, then your only recourse is to keep guessing until you find an approximate version of the answer.

It doesn’t feel like solving a puzzle so much as it feels like banging your hands against a keyboard until it looks like Shakespeare. I know so little about bridges that any right answer is as much luck as my own initiative. That’s not terribly satisfying. In the real world, bridge construction is an exercise in logic. You have to find a perfect solution – one that you are positive will not fall down – before breaking ground. The actual problem solving takes place at a desk long before construction.

I feel like that deskwork would have made for a more compelling game, or at least a more accessible one. As much as the developers know about bridges, they don’t seem interested in sharing their expertise. At one point I ended up wasting half an hour building truss bridges that immediately collapsed at the start of every simulation. Unfortunately, the puzzle called for a suspension bridge, a concept that had not yet been introduced within the game.

Withholding that information seems like an arbitrary way to lengthen the gameplay since it’s not so obvious that anybody could be expected to figure it out. Again, bridges are complicated, and some of the designs at the end of the game don’t resemble anything I’ve ever seen over a river. Numbers would have presented a more tangible puzzle to solve, which is why I have never been so desperate for more math problems in a video game.

Bridge Constructor Medieval does allow for some planning, as with the graph paper overlay that makes it possible to gauge structure, but the clues you do get assume you already know how bridges behave. You’ll see where your bridge is weakest, but if you’re unfamiliar with the nuances of balance and tension the feedback isn’t all that helpful. On multiple occasions, random beams would fall off my bridge as if the builders had simply forgotten to use nails, and I still have no idea why it happened.

Water Under The Bridge

Having said that, I can’t grade Bridge Constructor Medieval too harshly. The bare-bones bridge education provides enough grounding to give the player a chance and the straightforward user interface makes iteration a relatively painless process. It’s not an unfair game as much as it is an opaque one, and some people may like the trial-and-error approach to design.

There’s also a lot to like about the game’s overall aesthetics. The narrative isn’t complicated – something about building bridges to provide safe passage for troops, rations, and munitions in a war against encroaching Urcks – but it only exists to string the puzzles together and it does that admirably well. The lightly humorous tone is just silly enough to be endearing, and designing a bridge that will collapse beneath the weight of opposing armies does have certain a morbid charm. 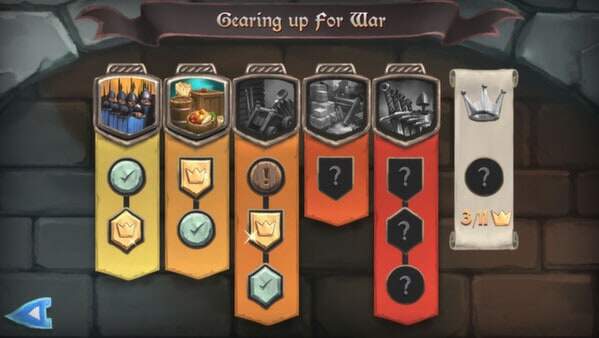 I just wish I could accomplish that objective with any reliability. I prefer puzzle games where I have some sense of what’s expected, and Bridge Constructor Medieval often left me flailing. The accuracy is sure to please bridge enthusiasts. The rest of us will be left wondering why everything keeps falling apart.

Get Bridge Constructor Medieval on Steam

Check out the Steam trailer for Bridge Constructor Medieval: 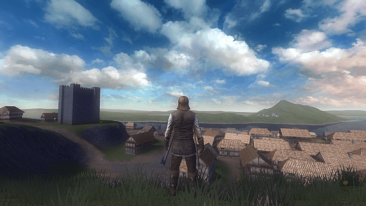 Preview – Life is Feudal: Your Own