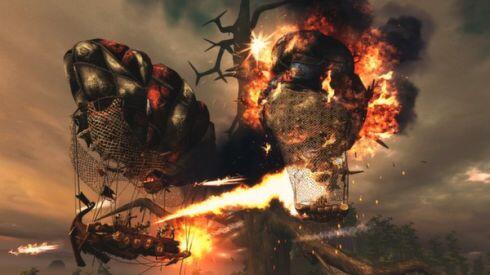 Choose to be a vicious Buccaneer or an infamous Viking and take a glider to the skies. Your goal is to drop enemy vessels and secure dominance of the ancient North. Fire cannons, help others, board enemy ships or be the captain – whatever it takes to get your enemies out of the way. The success, as well as the bitter defeat, is solely dependent on how well you co-operate with your crew mates.

With what appears to be the dawn of ship-to-ship crew battle as a genre, we are now privileged to join the ranks of Buccaneers of the Air. In this little ditty you’ll be weaving a tale of your exploits as you carve your legend into the sky with your wits and wile.

Not to be deceived by the simplistic feel of your first experiences with Air Buccaneers, what its basic-looking engine hides is a rather deep game. Starting from the basics, you spawn on the ground next to a shipyard of your team’s blimps whence you can mount a glider that will automatically fly you to either an active blimp, or, using your mouse wheel, a parked blimp. Once up in the sky, you exchange cannon fire with the other team until one side is victorious. As you can see, at first glance you might not think there is much to it, but a quick look at the other tools at your disposal will prove otherwise. The most useful tool is also something I saw used seldom by other players; it appears like a sort of flak firework that will block incoming cannonballs, saving your ship from damage. As simple as that is, it’s a great item to have to really raise the skill cap for a game that would otherwise degrade into whomever can shoot the other ship down first. I feel that once the player base realizes the power of this one tool, you’ll see a lot of drawn out, epic battles between warring Hindenburgs.

The other tools are a bit more basic; there is an aerial mine layer that will shoot out a rocket in a straight line, then deploy a mine attached to a balloon. A simple grenade that you can use to do some minor damage to a ship, or maybe more usefully, concuss the crew of a ship off the deck so you can steal it! This leads me to bring up that it is entirely possible to board an enemy ship and commandeer it for your own side. A great big ‘TAKEN’ will show up above your new vessel so that your allies won’t fire on you, but it will also show your foe how daft they were to allow such a travesty to occur. For shame.

Do A Barrel Roll in Slow Motion (Almost)

This game (and others I have been playing recently) is making me bring out the fancy talk: While the airships themselves are really nothing more then a flat of wood boards hastily strapped together hanging below a hot air balloon, the feel and aesthetic of the game are genuinely pirate-y. The ships, which are decidedly NOT Steampunk with multi-leveled decks sporting mounted Gatling guns, are in fact rather drab, albeit consistent with the gritty world of which they are a part, and respond very well to being piloted. There is a system of boosts that help you get into a battle quickly, or do some evasive maneuvers; you can blast forward quickly for a few seconds, or you can dive unexpectedly under some cannons being shot at you. There is a recharge between boosts so you can’t go zooming all over the place, and the cooldown is quick enough that you can rely on it for some fancy getaways. Everything is also set up in such a way that altitude and range really matter. Diving below a ship as it gets close to flame you can save you, but so can staying higher up and out of cannon reach.

The same boost mechanic can be used on some cannon shots. If a fancy pilot is getting the better of you, you can increase your chances of scoring a hit with some zig-zagging cannons, swirling, or even shots with a curveball spin to them. Not only that, but you can also use your tools to fire special ammunition: The mine deployer will shoot a stream of rockets in a straight line so that if you are unable to get a bead on a ship with a cannonball’s arc, you can try leading them with the rocket’s direct fire. What might be more interesting however, is, if you’re able to get within spitting range of an opposing blimp, you can load your grenade pouch into the cannon to produce a short-range flamethrower. All these types of ordinance require the lighting of a fuse, and waiting for it to burn down while you swivel the cannon on its mount, trying to keep your target in your sights, without an aiming reticle, as the fuse burns down. That right there is what makes every shot you fire and intense moment.

The Perks of Being a Sky Pirate

The last bit I wish to touch upon is something that is really, really cool, but I feel needs to be tweaked to produce a more welcoming game:

There is a very clever ranking system wherein, if you are good at shooting cannons, you’ll earn experience in being a cannoneer. If you’re really good at blocking shots or happen to be the guy who keeps repairing your ship you can earn some support skill unlocks. Between rounds you can choose to activate any of these abilities, but at the cost of acquiring a Flaw as well. It’s a Perks and Flaws system that looks like it’ll work very well, but the unlock progression moves at such a snail’s pace that I was only able to unlock the bottom tier in two of the roles. With the experience required to reach the next tier, I’m worried that even a dedicated player will not see full unlocks after extreme amounts of playtime. After having already paid for the game, tiered unlocks should be a minimal thing as I’d rather just have the ability to choose what I want right away. At the very least, a player should have the option of unlocking at least one ability at the end of every match in order to be able to catch up to anyone who has been playing for a long time, just so they can play versus foes on even footing. Even with the flaw system.

I must say though, the Flaw in the Support line that gives you an Eye Patch that covers up 25% of the screen with a hazy black spot to simulate wearing an actual eye patch. Brilliant!

Air Buccaneers has shown that the airborne vehicle combat genre has room to grow, and there is a lot yet to explore and discover. As a whole, there is a lot of potential here and quite frankly it feels as though it is just getting off the ground, if you will excuse the pun. If it’s something you’d like to try, definitely give Air Buccaneers a whirl – it may be a long time before another one comes along that manages to do it better. (Though it will be interesting to see what Guns of Icarus Online from Muse Games introduces in it promised sizable update including an “Adventure mode” coming at the start of 2013).

Air Buccaneers available on Steam thanks to Greenlight:

Get Air Buccaneers on Steam

Are you playing Air Buccaneers? Share your thoughts in the comments below! 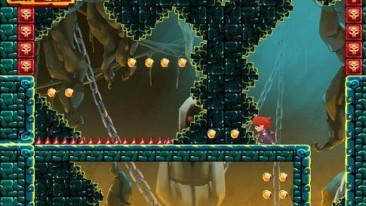 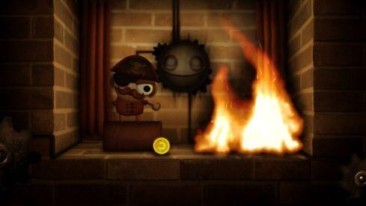 Review: Little Inferno – From the Makers of World of Goo