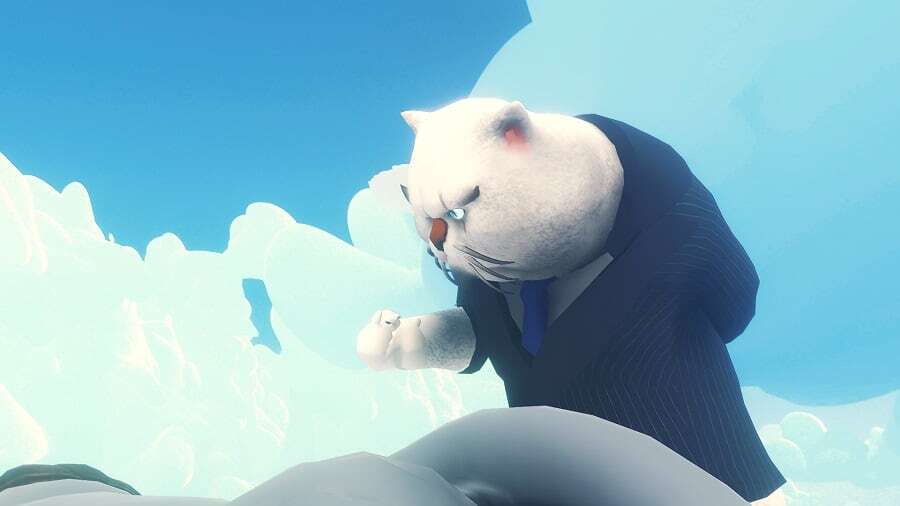 Abo Khashem wears its bizarreness and array of intermixed genres like a badge of honor. This is a game that doesn’t exactly sit between genres as so many hybrids do. Instead, it violently jumbles them together and jumps up and down enthusiastically on the resulting mass, beckoning the player to join in. To put this more eloquently, Abo Khashem is more than the sum of its parts, but whether it is more fun or more incoherent is a matter for debate.

Abo Khashem is, first and foremost, a comedic third-person action adventure RPG. It is also a light business management simulator, a dungeon crawler, a driving game, a combo based beat-’em-up and a home decoration simulator (and that doesn’t account for mini-games). Collectively, these disparate parts make for a game that is far reaching in its aims but often shaky in its execution. 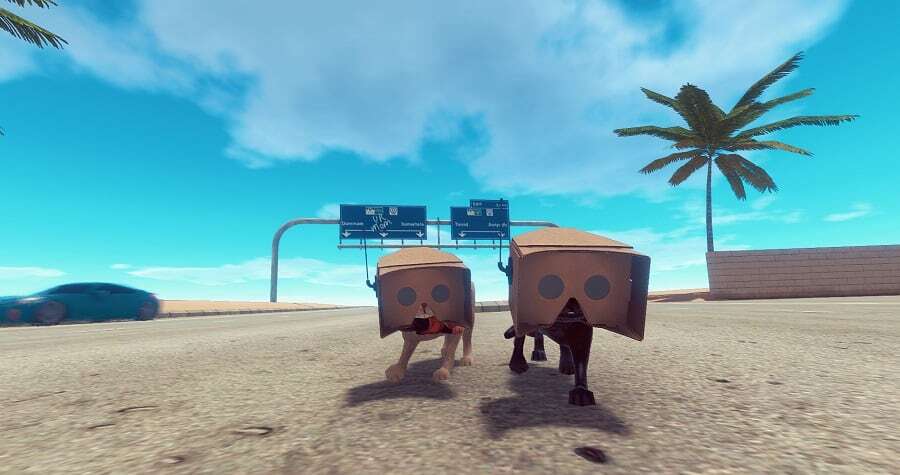 Abo Khashem opens with its titular character awakening with amnesia on the roadside. From here, the plot gets progressively more surreal as the mysteries of this strange world unfold. For example, hostile cats of varying sizes litter the streets, apparently controlled by objects latched onto their heads resembling cardboard boxes with antennae protruding from them.

NPC dialogue is similarly unusual, and it takes a while to gain an understanding of the kind of anti-logic that guides whether a conversation response will be taken positively or negatively. The result of these oddities is a world that is both peculiar and curiously charming.

When I wasn’t trying to figure out which utterly counter-intuitive dialogue option would allow me to bypass the next stubborn NPC blocking my progress through Abo Khashem, I was probably ruthlessly assaulting cats in order to “rescue” them from their cardboard helmets. The combat of Abo Khashem revolves around a customizable combo system linked to a reasonably familiar set of stats and talents that can be upgraded through leveling up.

I found the way in which these systems interacted to be particularly well designed, and it made for an enjoyable RPG experience. Unfortunately, the difficulty curve of enemies is not so well balanced, and most threats in the overworld soon become irrelevant once Abo reached a certain power threshold. 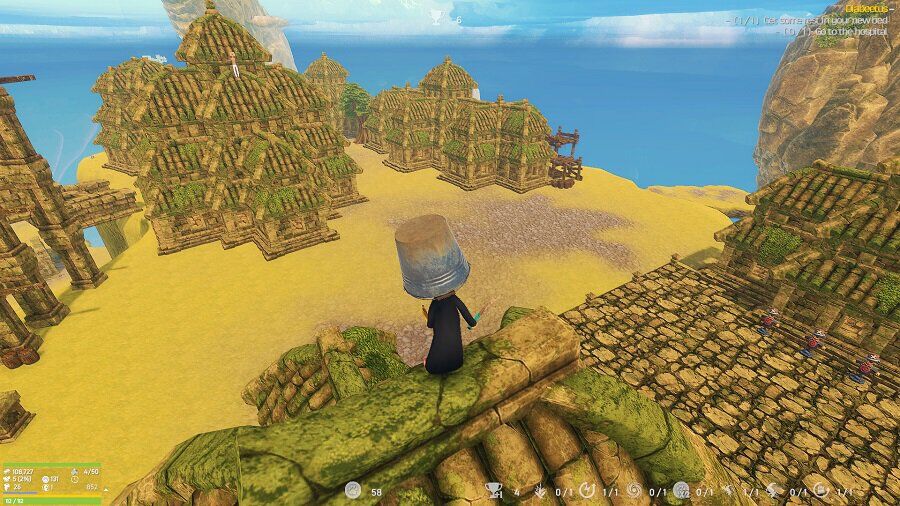 Cat Me Outside, How ’bout That?

Thankfully Abo Khashem comes packing a few tricks up its sleeve to keep things entertaining as the game progresses. Whilst the main story takes place in the overworld, there is a sizeable selection of hidden dungeon worlds accessible through portals sequestered away in trash dumpsters. This realm belongs to the cats and is populated with far more powerful, often bipedal, feline threats. These worlds range from serene, verdant lands filled with cat dwellings to dark, shadowy worlds riddled with traps. These dungeons also feature fun bosses that are both challenging and amusing in their design.

The various sub-genres of Abo Khashem tend to fair less well than the main adventure game. The business management system felt fairly shallow and it quickly fell by the wayside in my playthrough. Meanwhile the home decoration interface was actually superb and easy to use but I could find little reason to indulge in it beyond some cursory testing as I was provided with little incentive to return to my house.

You’ve Got to Be Kitten Me

The visuals of Abo Khashem are rather inconsistent; generally the overworld feels very plain and somewhat under-designed. The dungeons, on the other hand, are often stunning and make for exciting realms to explore. As for music, I developed a fondness for the familiar, welcoming themes used in the overworld, and the dungeon tracks were similarly well matched to their environments.

Abo Khashem is a bold undertaking and, at times, a particularly fun game to play. It’s far from perfect and, indeed, riddled with issues ranging from minor glitches (the menu even comes with an “I’m stuck” button to overcome navigational issues) to problems with the quest delivery system that can leave you wondering what to do next.

Despite these hiccups and the variable quality of the game’s aesthetics I can’t help but be somewhat charmed by Abo Khashem. This is a deeply flawed but nonetheless engaging adventure comedy that manages to thrive on its surreal combination of qualities more than any particular triumph of design.

Watch the official trailer for Abo Khashem below: 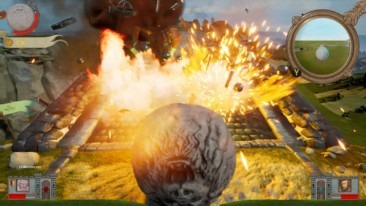 Rock of Ages 2: Bigger and Boulder Review – Rock On 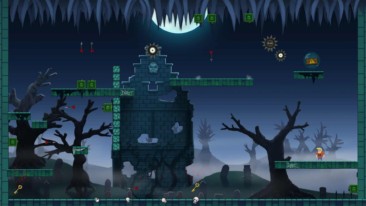