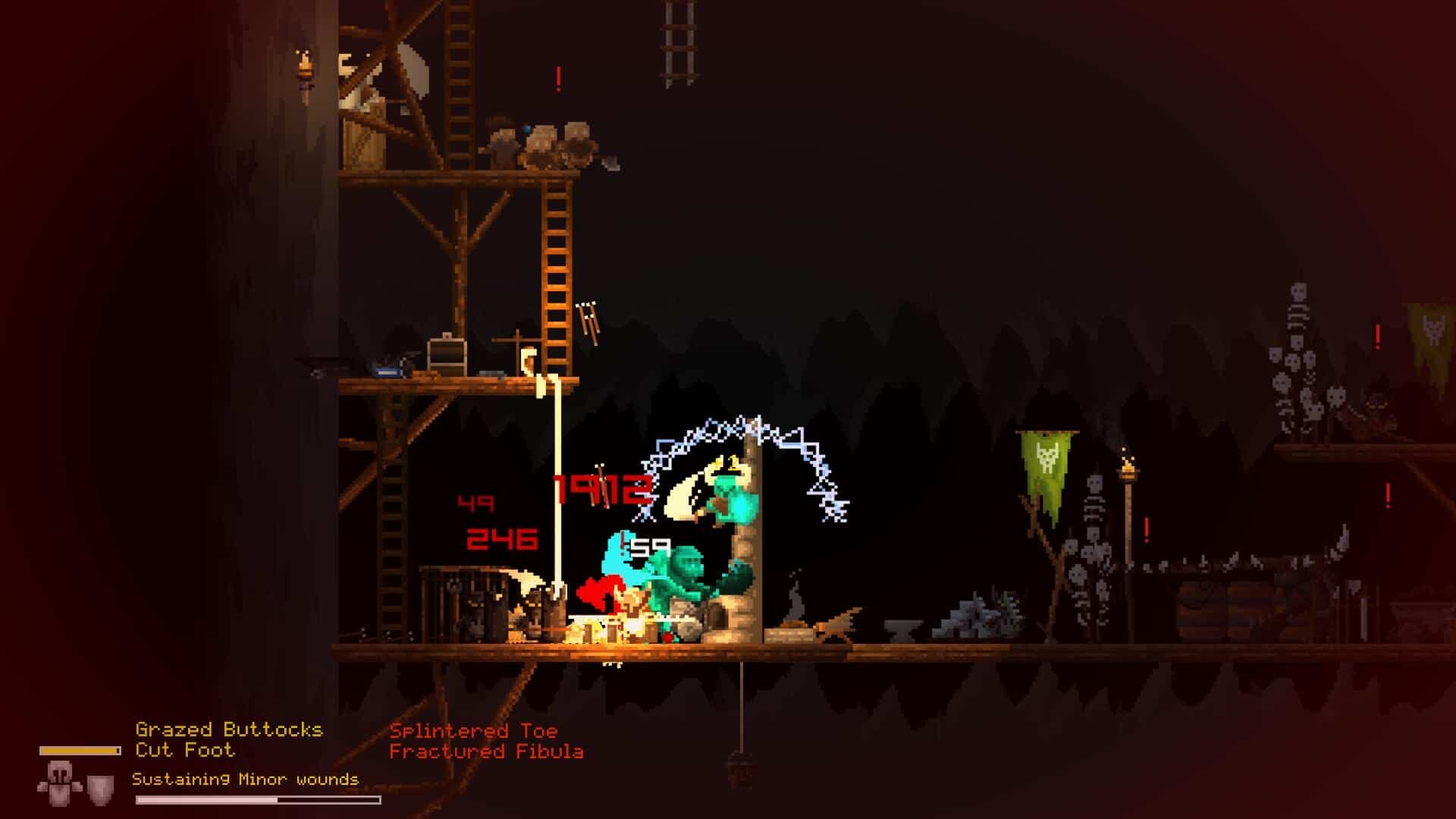 Regions of Ruin by Vox Games

Created entirely by solo developer Steven Lucerne, Regions of Ruin is a side-scrolling, town building action RPG that pays homage to Dwarf Fortress. Though initially intended as an exercise in game design, the finished project is a hearty adventure that is really tough to put down. 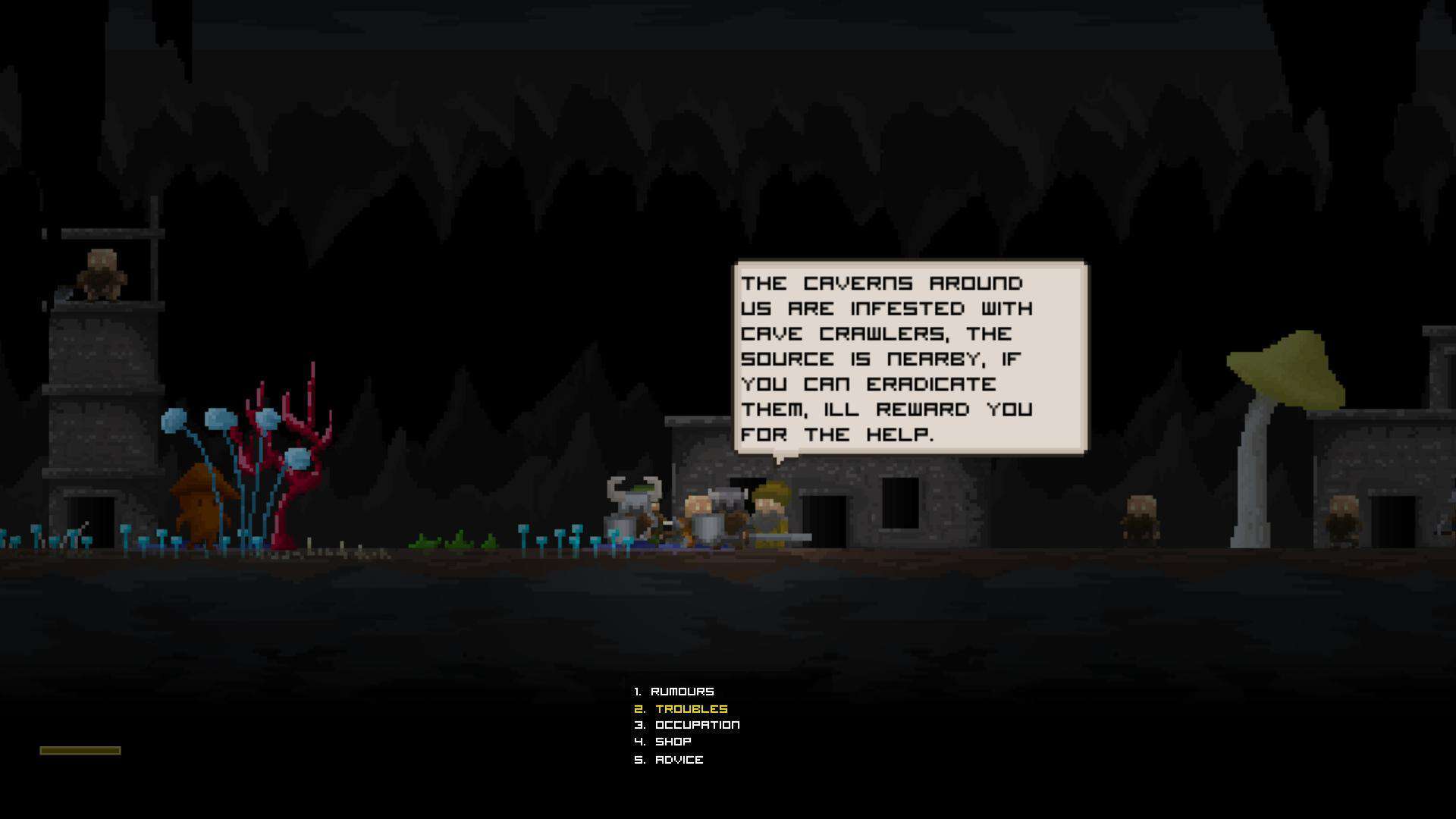 Keep Region for Your Dreams

The Golden Age of Dwarf-kind has passed into obscurity. Routed by vile goblin hordes, the once great subterranean race has been forced to the surface and scattered on the breeze. Ever-pursued, the survivors stand their ground, but the threat of a final extinction is ever-present.

Enter the hero, a brave dwarf who ain’t having any of the goblin nonsense. Daring to take the fight to the enemy, he creates the beginnings of a new dwarven settlement. By rescuing and reuniting the remaining members of his race, he hopes to return the under-dwellers to a position of greatness.

Once the settlement has been established, head out into the wilderness to find points of interest. Some will contain enemy encampments, and the possibility of some dwarven kin to rescue. Other points are dwarf settlements. These provide a variety of side quests, the completion of which can net workers for your camp, gold, and resources. 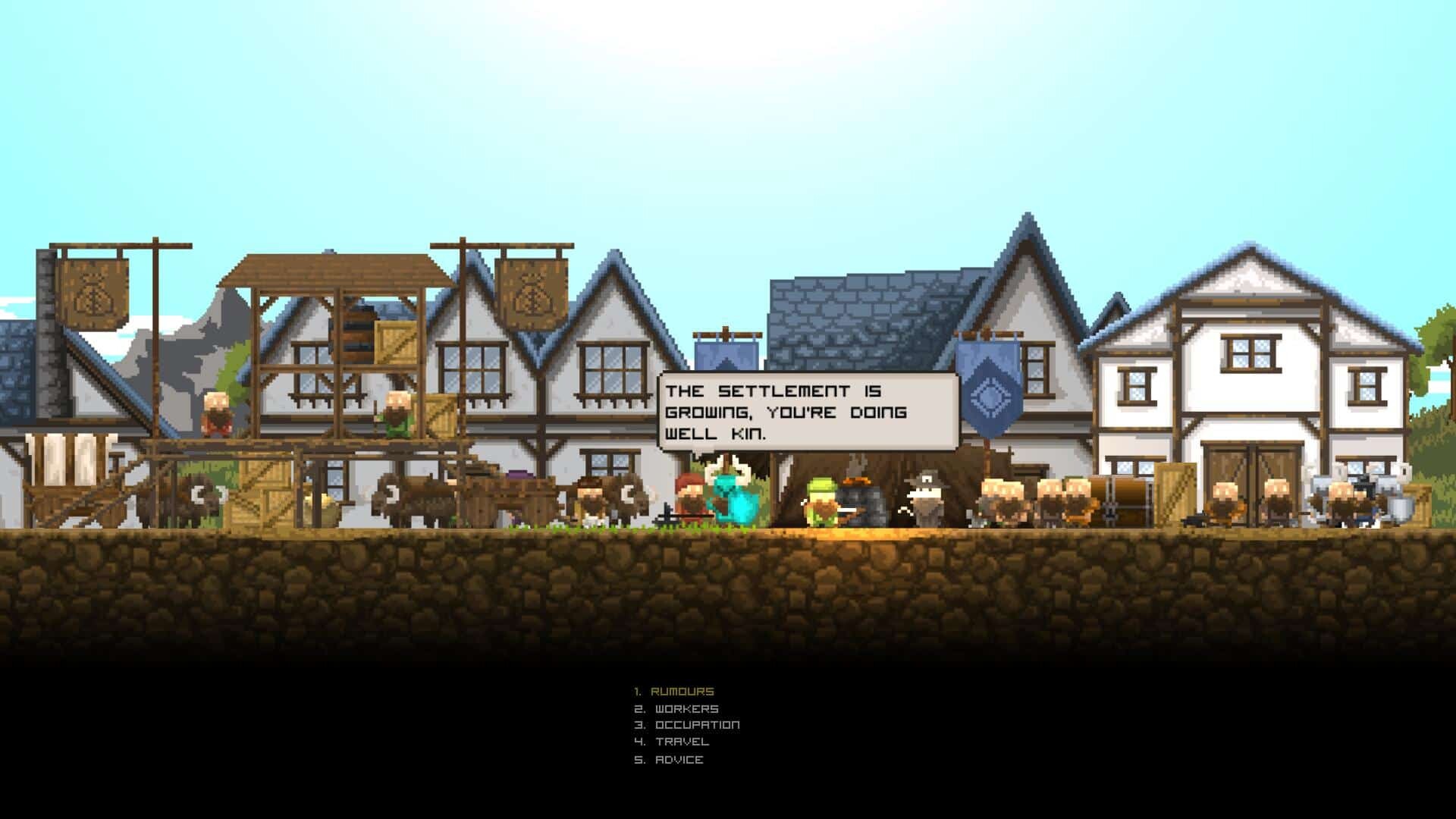 If I Had a Warhammer

Standing around a campfire with a bunch of dwarves is awesome until it isn’t. As captives are freed, they arrive at the bonfire awaiting a purpose and a roof over their heads. Collected materials can be used to construct various buildings, all of which provide services: the blacksmith naturally allows construction of weapons. The runeforge can deconstruct magic gear and imbue other gear with magical traits and elemental resistances. The library can research the pages of ancient books found in the game, adding a permanent stat bonus.

There are also markets and a storage area to be completed. Building a tavern will attract warriors that can be hired to take part in battle. All buildings can be upgraded, unlocking more advanced options each time.

What’s Yours Is Mined

Taking the town from livable to lovable is going to eat up tons of resources. Some can be acquired by smashing destructible items on the battlefield, but the majority comes from sending laborers to cleared areas. Clearing them means taking up an axe and felling some foes.

Standard melee strikes don’t drain stamina but are easily blocked by enemies wielding a shield. Hitting a guarding foe will stun the player for a couple of seconds, leaving him open for countless injuries. A well-timed heavy strike will knock away enemy shields but does tax stamina, and it takes a couple of vulnerable seconds to set up. Successfully sneaking up behind an enemy and backstabbing results in a huge damage bonus. These tactics make up the basics, and there is a slew of new abilities to unlock in the skill tree.

New experience levels generate points that are spent both on permanent stat boosts, and in the skill tree. Choices in stats are Strength, Dexterity and Constitution. While adding to any these will provide a notable difference in the early going, the stats that accompany gear imbued with runic magic totally eclipse these weeny one point advances.

The skill tree is what drives the real change in combat. Options include using axes as projectiles, huge buffs to attack power and defense, and the always satisfying ground pound. After a few of these have been unlocked, critical hits abound.

The injury system randomly generates wounds when damage is taken, frequently with hilarious results. There’s nothing worse than trying to wage war with a missing neck, or a bad case of perforated buttocks. Sustaining injuries slows the hero down, and if enough serious ailments are amassed, he falls in battle, forcing a reload. In the early going, a trip to the village medic will clear these up for a few coins, and later, bandages and potions can be crafted for on-the-spot healing.

The opening few hours call for a more cautious approach. The initial stat levels (zero) and beginner-type gear mean that the lowest of grunts can quickly rack up injuries. Using dashes and well-timed strikes, you can kite your enemy until he’s out of hit points. It takes time and perseverance, but it works.

Two-thirds of the way through the campaign, the table is indelicately flipped. Decked out in legendary adamantite gear, the blue and green items filling up your inventory quickly become a nuisance. Critical hits become the norm, and I personally have landed a sneak attack that exceeded 500k. 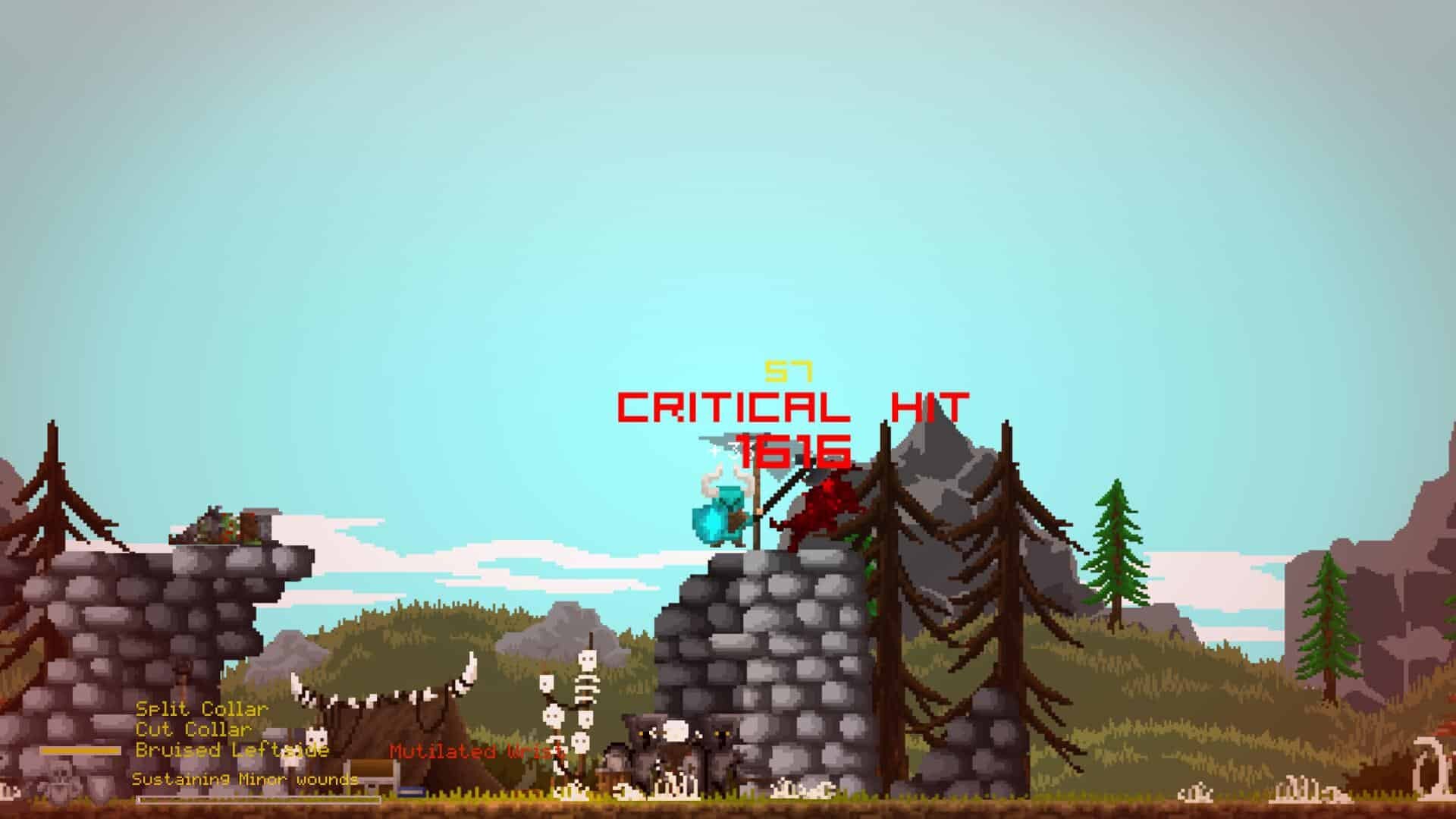 Once the tavern reaches its final form, it supplies a hearty amount of cash and a steady supply of new recruits. After you’ve united a team of ten followers, you can basically carpet bomb your way through the remaining stages and rarely have to swing your weapon. Snapping up a new recruit to replace a fallen comrade is as easy as stopping at the pet store to covertly replace a child’s goldfish, but with none of the guilt.

Some of the buildings are quite useful, while others just take up space in the town square. With the abundance of powerful spoils netted from random drops, it’s possible to clear the game without crafting a single weapon. That said, there are more than enough resources to go around, so playing at smithing can at the very least make for an amusing side game. 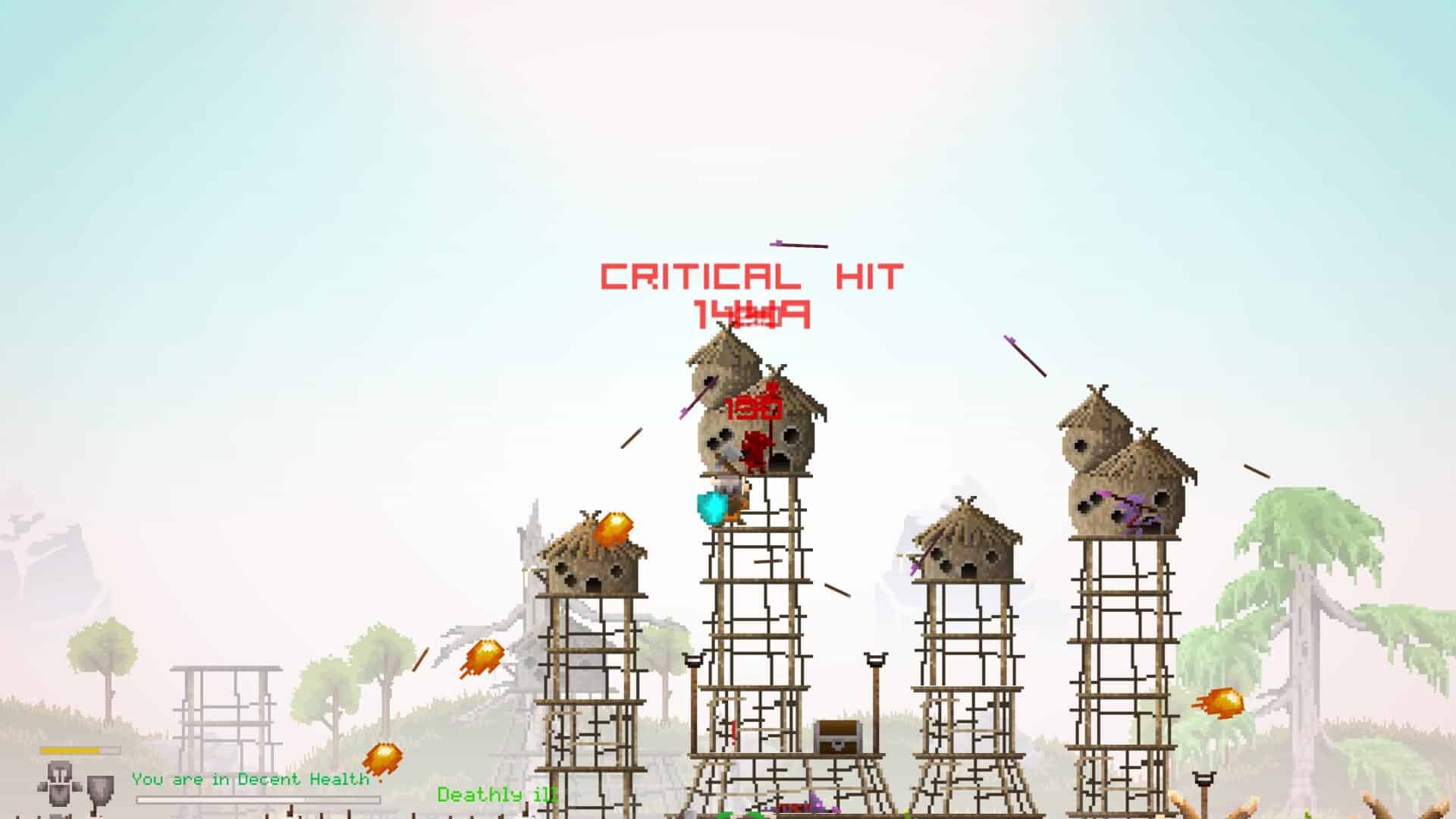 While your stalwart battle buds can quickly turn the tide in a fight, they don’t handle obstacles so well. By default, they’ll follow you to the ends of the Earth…unless that requires jumping. Also, when no jumping is called for, melee types can often be found leaping up and down ad infinitum. Maybe it’s leg day?

Going up against big baddies without your posse is inadvisable; players can work around this shortcoming by quick saving the game, and then immediately reloading it. Instantly, the boys are back in town and down to dish out disembowelment. While it does the trick, it also completely impales the fourth wall.

Who You Callin’ Shortcoming?

While these imbalances sound damning, they aren’t enough to detract from what is a highly addictive game. With many stages taking only a couple of minutes to clear, it’s easy to get lost in the “just one more stage” time loop. Improving the buildings in town and solving the riddles of the runes are both highly satisfying. Vox Games freely admits that there are flaws, many owing to it starting as an exercise that wasn’t originally intended for the marketplace. Should the bugs be addressed before the release of the recently announced Region of Ruins II, that game is sure to be a shiny gem, indeed.

Watch the trailer for Regions of Ruin below: 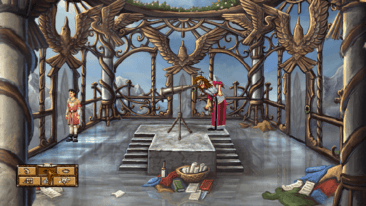 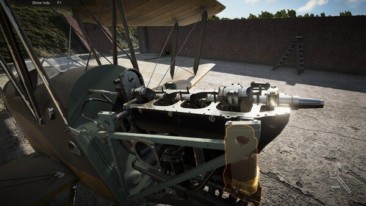