First I have to say wow, does this game look good. Some serious time and effort went into the visuals on Razor2. All the 3D renderings look amazing. Ship designs have a very Japanese feel. For the high amount of sprites on screen at one time there isn’t any lag to speak of, even when playing on my laptop. When it comes to the modern shoot em’ up there are two types of players that come to mind.

They like their shooters to be fast and furious. Blasts fly forth from enemies at such a rate and in so copious an amount that it becomes more of a dodge em’ up then a shooter, because your attention is on keeping your fragile ship alive, rather than killing things as quickly as possible. Being able to anticipate the patterns of bullet fire and fly through successfully becomes the primary objective. One or two hit kills are the norm. It’s all about the rapid, twitch gameplay.

These guys like strategic complexity over twitch skills; a need to switch weapons to kill different enemies perhaps. Different fields of play, such as ground and air targeting are good. Learning enemy movement patterns and puzzle-like methods of killing bosses are important elements. A fragile ship is less important to them, they want shields and upgrades and new items to purchase between levels. So where does Razor2 fall? Well, somewhere in-between. Bullets certainly fly everywhere like a storm-game, but the patterns and timing of enemy fire isn’t thought out enough to allow for rapid avoidment, so you’re given pretty heavy shields and a hearty ship. You’re given multiple weapon types, but there’s no tactical reason to switch between them, so instead you find yourself picking whichever you prefer and sticking with it. Ship upgrades are available, but enemies seem to become tougher at almost the same increment, thus making upgrades little more than just a task to be done.

There are both air and ground units, but the ground units are so few and far between that they’re irrelevant and don’t require special fire or anything to destroy anyway. The bosses are interesting and might fit the bullet storm style of play except random enemies keep flying out of every corner of the screen ruining any chance of manoeuvring through enemy fire. In the end, Razor2: Hidden Skies is a great looking game that probably won’t satisfy either style of gameplay. It’s all fury and style without enough underlying game design. Still, now that Invent4 has the mechanics down I look forward to their next attempt at a shoot em’ up. With a little tighter focus they are prepared to do amazing work.

Get Razor2: Hidden Skies on Steam 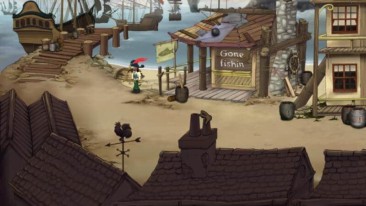