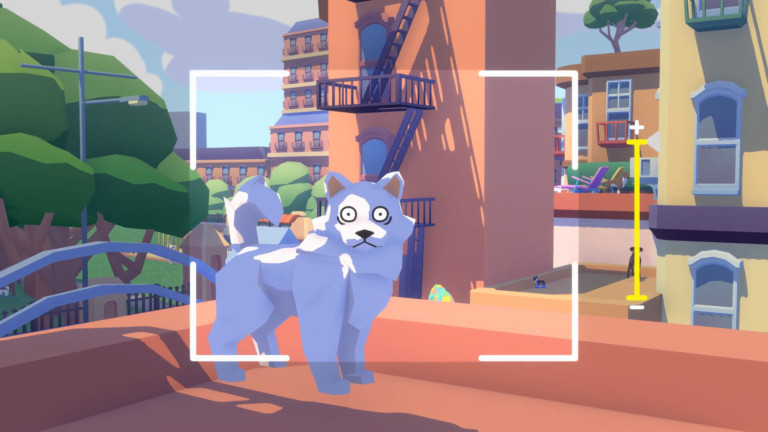 Pupperazzi is an adventure and action game that takes place in a universe populated by adorable dogs. As the player, you are a member of the Pupperazzi, charged with taking photos of these dogs to gain followers on social media.

You will travel to several different locales, take pictures, and complete various photo assignments to earn bone tokens which you will use to buy film and camera accessories. Along the way, you also get to interact with dogs by petting them, playing with them, and dressing them up in cute outfits. 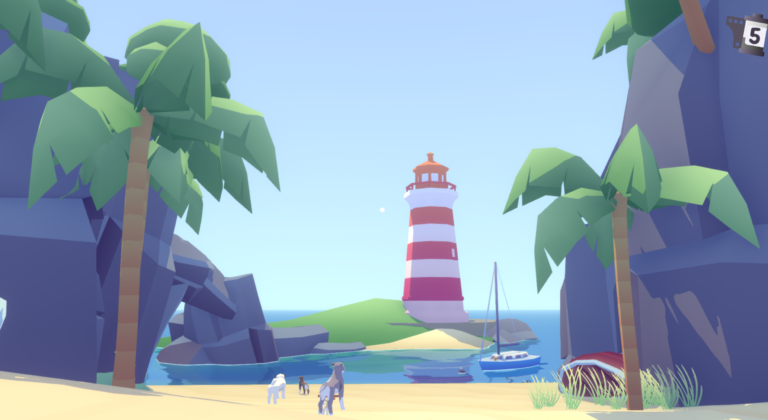 A Very Good Doggo of a Concept

I was so excited about the release of this game! What could be more fun than playing with dogs and taking pictures of them? And that is the whole point of this game. There are no conflicts or time constraints. I spent an hour playing with a pug. I discovered there are no boundaries to getting the perfect picture. I could walk on water, jump over buildings, crouch, skateboard, and play fetch for as long as I wanted. There are vending machines at various locations that dispense free sticks and frisbees to play with the dogs.

And the dogs! There are dogs of every breed you can imagine. They run and jump, sleep in the sunshine, play, and even ride scooters.

The objective of the game is to take pictures of the dogs to gain followers on dog-lovers’ social media sites. Along the way, you are given simple photo assignments which will unlock new abilities and earn bone tokens that you can use to upgrade your camera. The locations are charming and colorful, and it’s a real mood-booster to spend time in the world of Pupperazzi. 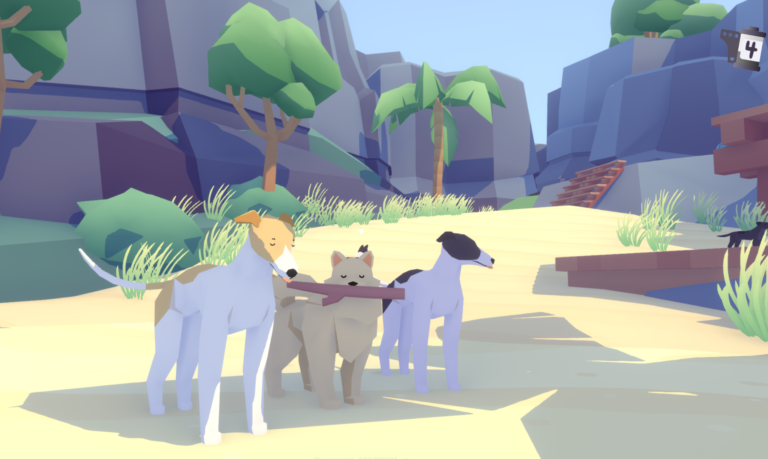 I had a very difficult time playing this game. The controls gave me severe motion sickness, and I could not figure out how to correct it. I started playing on my PC and had to give up. I switched to my Xbox and found it was a little better but still not ideal. I almost gave up, but I was still determined to play because I was so charmed by the concept of the game.  After playing around with the settings and reducing the resolution, I finally found a way to make it playable, if not perfect. There was very little camera control or focus, and the violent swings of motion were disorienting and took away from my enjoyment of the game.

I am glad I was able to adjust the settings enough to play because Pupperazzi does have some saving graces. The game is simple and capable of delivering a quick boost of serotonin to even the most cynical and jaded of gamers. There is something very rewarding about petting dogs and seeing animated hearts burst out of them. I also enjoyed being able to dress the dogs in adorable accessories. 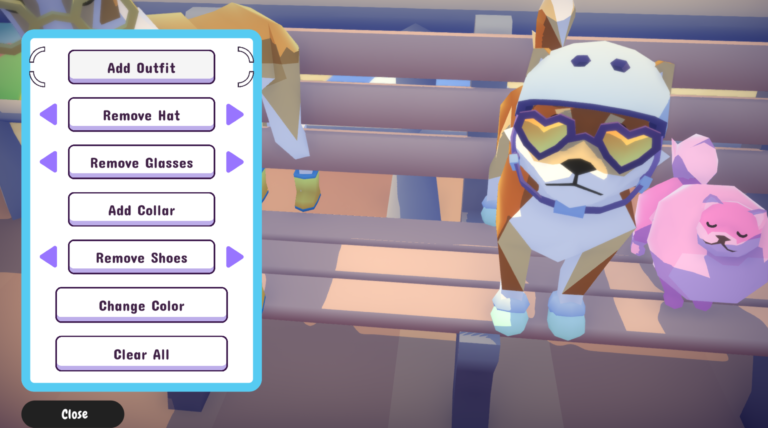 Not a Lot of Meat on This Bone

Pupperazzi is like a dog treat! It’s fun and light and a good snack. But I didn’t find it was a satisfying meal. There is not a lot of substance to the game. Taking pictures of the dogs is fun at first, but there is no real reward for skill.

I found the social media aspect of the game shallow and annoying. Every time I posted a picture, I received the same canned comments, some enthusiastic and some snarky and nasty. And it didn’t matter if I posted a picture I was proud of or a picture I took of the ground by accident.

I enjoyed the locations, but there aren’t very many of them, and they are quite small and do not contain any hidden secrets or surprises.

Pupperazzi gave me some laughs and made me smile. It’s not an epic saga, but not every game has to be. It delivers cute dogs and is very high on the charm even if it is light on substance.

Pupperazzi is available via Xbox Live and Steam.

Watch the trailer for Pupperazzi below: 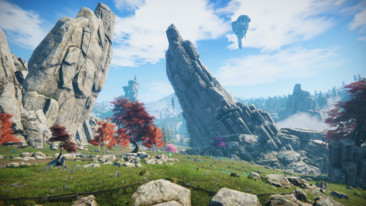