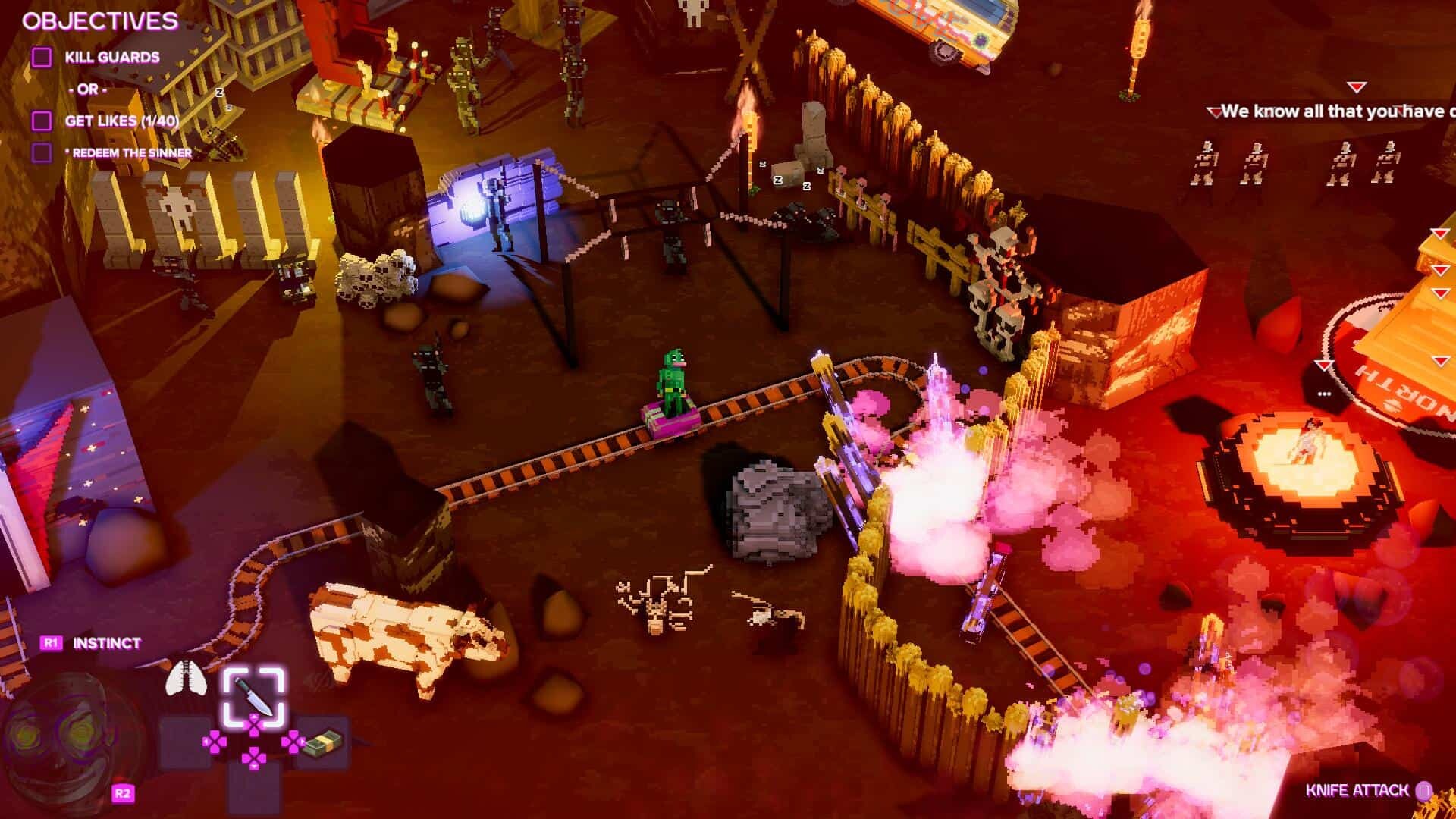 The Party Hard Killer’s besties are back, and their sights are set on the party-wrecking posterior for outer space. Marena, Mango and Froger bring together their eclectic styles of crowd-dispersal to track down the crack – and attack. Party Hard 2‘s Alien Butt Form DLC adds five new stages and three playable characters to the main game. 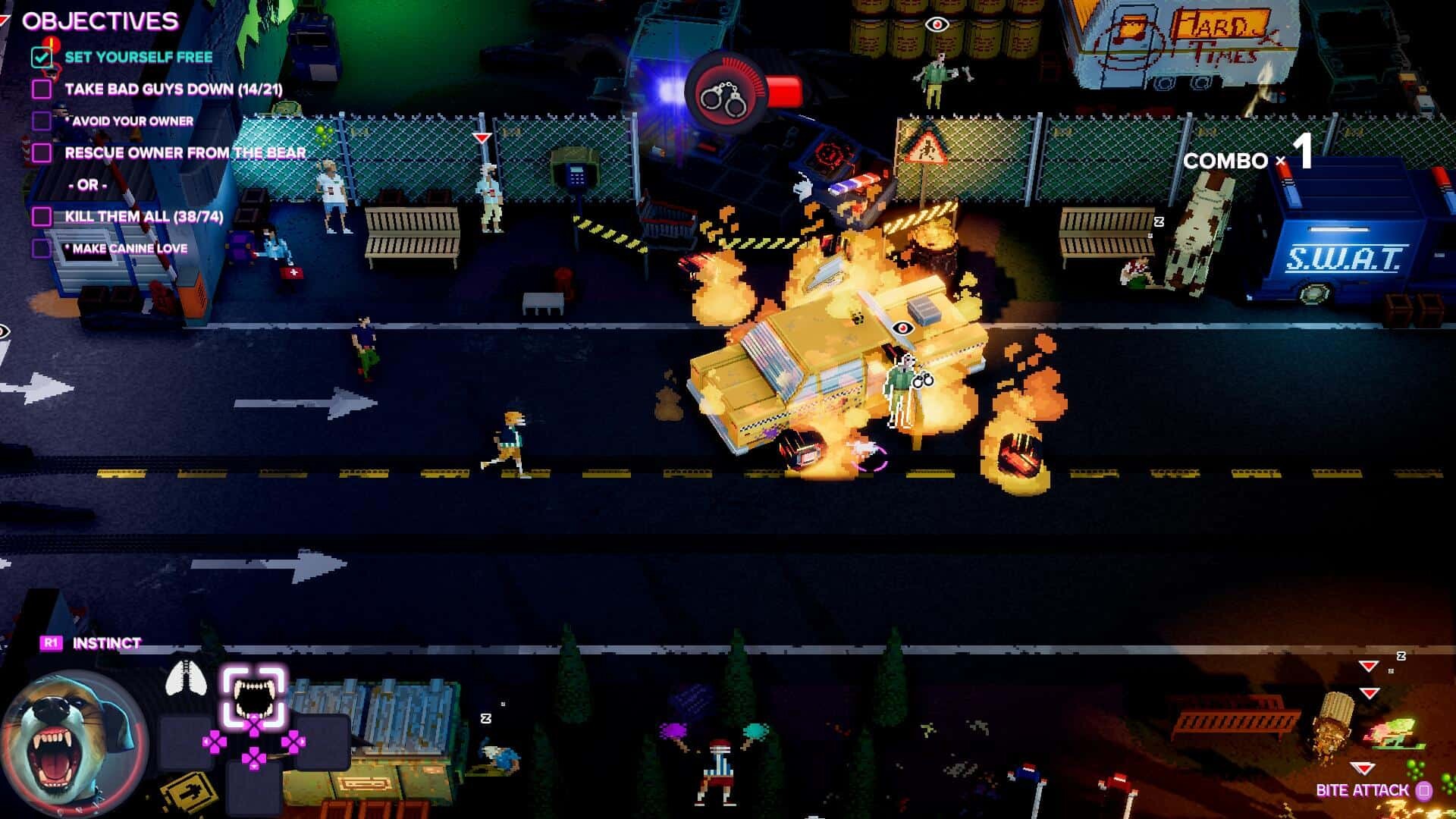 Marena’s non-lethal strikes can bust up a shindig without leaving a heap of bodies to clean up. Mango is a Jack Russel terrier with a voracious appetite for party-goers and an electrified urine stream. Froger Delirium is…all kinds of messed up. I suppose his mantra is “Take drugs until you think you’re killing them with kindness.” He hops from venue to venue in his frog suit, offing the unwashed masses in exchange for social media relevance.

The goals of each stage are mainly the same: bust up a party by scaring folks off, or terminate the revelers without getting caught.

Right off the bat, I took issue with the level select screen. I selected Mango, the first available DLC stage, and indicated I was ready to begin. Couldn’t do it. “That character isn’t available for this stage. Select available character?” Grrr…If I can’t use the character in the level, how difficult is it to have him grayed out ahead of time?

On the run with Marena, I ducked behind a police van to break a line of sight…only to discover that the officer could see me right through the thing. Also, in any speaking interactions, everyone refers to Marena as male. Regardless of which character is in play, all of the banter is going to sound like it’s the same lines used for the Party Hard Killer. And that’s likely because it IS the same banter. 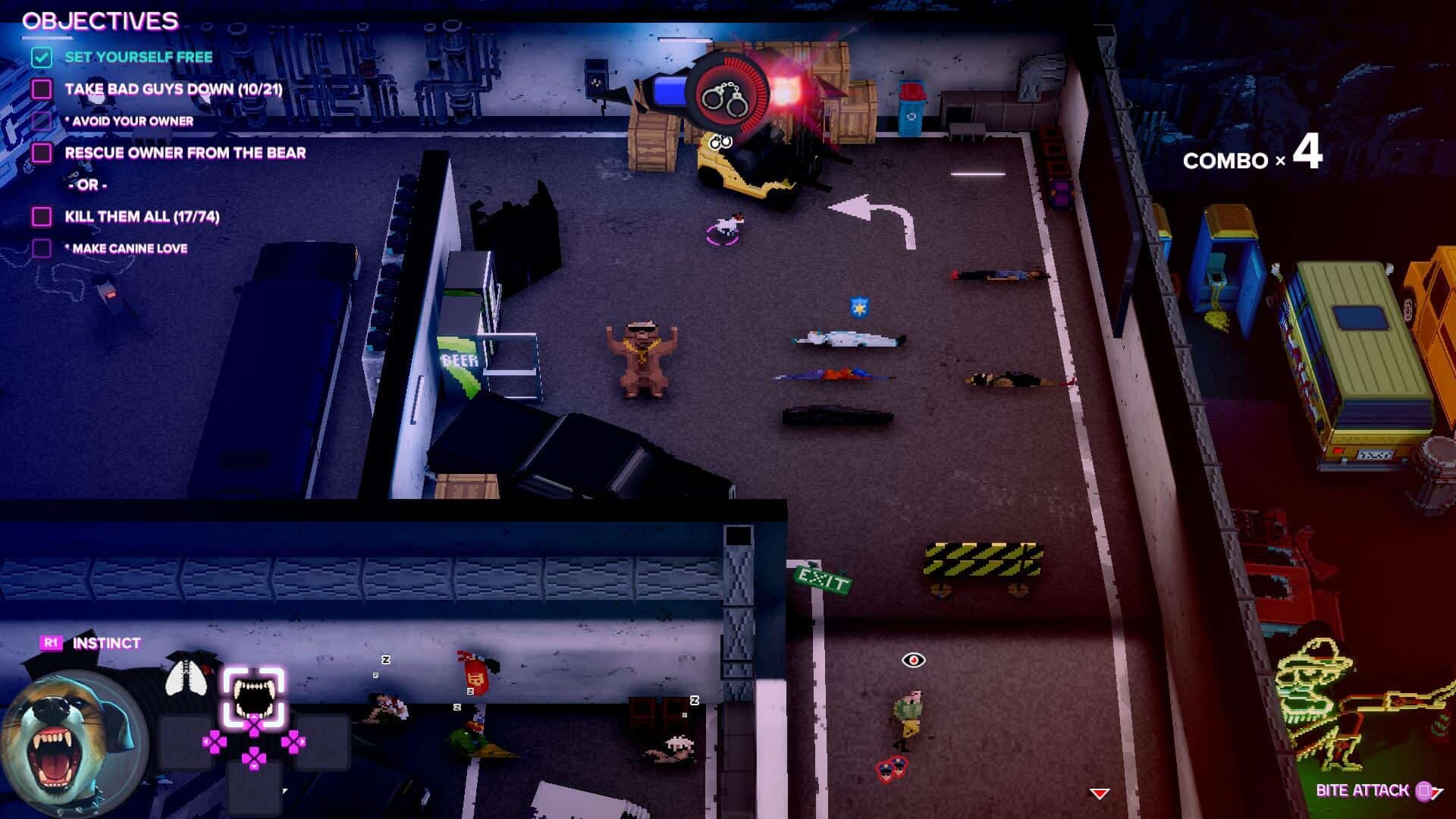 In the Parking Lot party, on no less than four occasions, Mango’s owner’s taxi cab violently exploded for reasons unknown. To make matters screwier, this resulted in Mango being transported directly next to the cab. In two of these cases, this mysterious bit of teleportation deposited me right into the waiting hands of a police officer.

In Froger’s big stage, there was a fenced-in area I wanted to access, so I just did. I sidled up to the fence and slipped through like it wasn’t even there. It took less than a minute to discover this repeatable exploit. 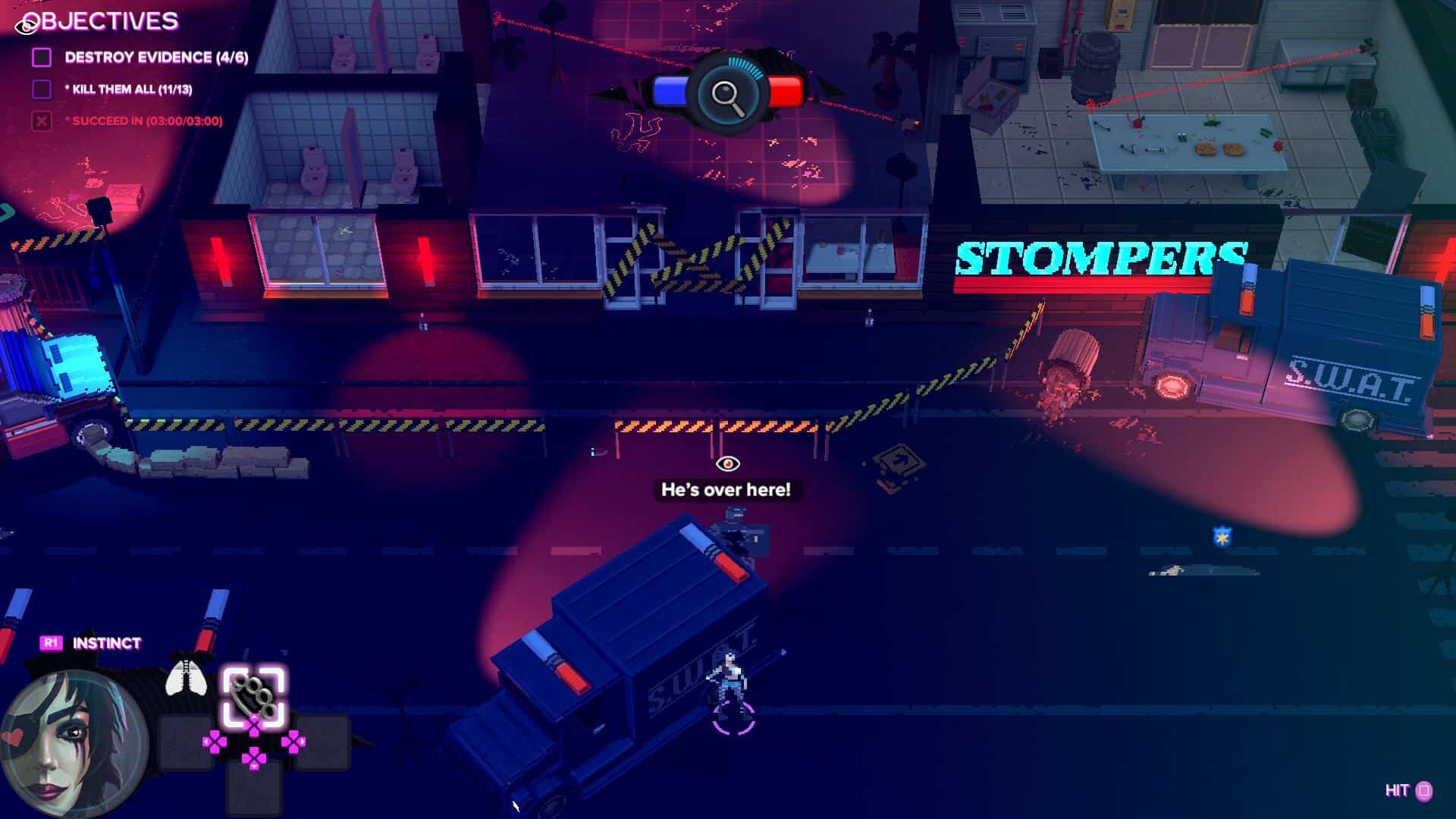 Big Ol’ Crack Down the Middle

The last level is a bit of a hot mess. The Alien Butt resurfaces, triggering a Froger fever dream. The final showdown commences on the back of a flying saucer hovering over the city.

There are numerous targets to bring down in order to complete the stage. Or will it clear the stage? In my first three attempts, I depleted the health bar of my main objective, and my target simply stopped moving. I could even pick up his carcass and cart it around the stage. And then the laser turrets vanished…and then the alien invaders stopped spawning. Nothing else was happening. It became clear that my only recourse was to restart the level and try again.

Finally, after many attempts, I managed to drain the health of my main target, only this time – owing to whatever unseen alignment of celestial bodies – I triggered the end-game sequence. I did nothing else differently, but this time it worked.

Other bugs on this stage abound: there are mini-boss guards that appear, but only sometimes. They’re not essential to the plot, but they are key to an optional reward, and I couldn’t figure out what finally brought them around.

There are stun guns and Molotov cocktails that can be used, but they appear to do next to nothing against the enemies. Also, for the love of all that is holy, what purpose does the rainbow cannon serve? Ze rainbows…zey do nothing!

The story elements are strictly window dressing and do little to explain what brings this motley trio together. It’s all a little too far up its own alien butt. I’m willing to allow some sketchiness in gameplay if it fits the idiom, but in this case, it came across less like an eclectic, euphoric head-trip and more like the gradual trudge of coming down. 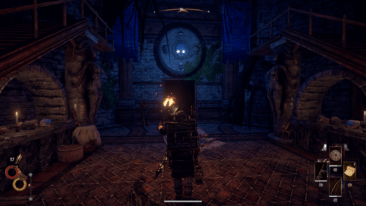 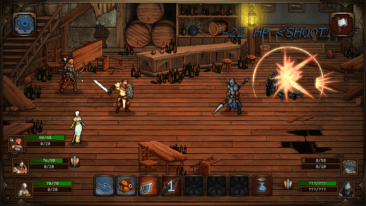 Sin Slayers: The First Sin Preview – A JRPG Demo to Drag You to Hell