Get ready to travel virtual environments that also sport crystal clear imagery. Well…don’t get ready this weekend, but know that the geniuses at Oculus have some big developments in the hopper regarding the Rift VR headset.

Polygon is reporting that the geniuses behind the much-ballyhooed Visor of Awesomeness +2 have made great strides in combating the motion sickness that some folks have reported experiencing. Apparently, latency is the culprit; the slight delay that occurs between the motion of the user’s noggin and the associated changes as they are displayed on the dual screens may seem imperceptible, but it can play heck with your senses.

Trials with reduced latency had netted a far more comfortable VR gaming experience, and the ultimate goal is to get the lag below 5 milliseconds (thus making it almost imperceptible to the brain).

While news of 1080p Rift headset prototypes in the wild are nothing novel, there are still some surprises in the image quality department. One of the ideas being tossed about is a headset that will support 4K resolution. Those who’ve had the opportunity to sample the current higher res version of the Rift report that it improves the sense of immersion; it logically follows that a 4K Rift will blow minds.

Higher resolution and no motion sickness? I can officially toss out my list of complaints! While I personally didn’t get the urps while taking Rift Coaster for a spin in our hands-on with the Rift SDK, in trials with other titles, I found that a real queasiness (bordering on nausea) would hit, and fast.

Beyond the initial thrill of strapping on the Rift headset, we’re eager for the official release of the tech due to its deep roots in the indie gaming scene. This year’s IndieCade featured its first ever Oculus VR Jam. Over 1000 individuals participated, made up of 220 teams. Virtual Internet Hacker – by Lau Korsgaard – is pictured above. Second and third place awards went to Nostrum – by Robert Yang – and Elevator Music – by Julian Kantor – respectively.

There are numerous peripherals that will work alongside the Rift to further expand its possibilities, one of which is InnerSphere VR’s VirtuSphere, which we captured in action at IndieCade 2013 in Culver City:

It may look like a gigantic hamster ball, but paired with the Rift, the VirtuSphere allows players to fully explore the space around them by actually walking or running there. The sphere rotates accordingly, allowing for a full range of motion.

Judging by the attention garnered by Oculus, there will be a bounty of indie games available post-launch. Check back here for our full coverage. 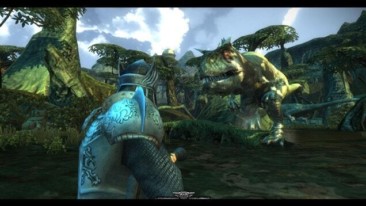 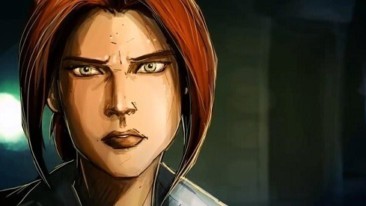