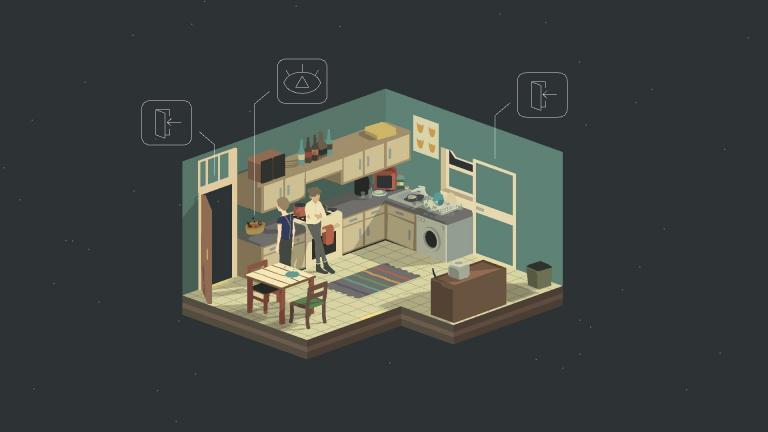 No Longer Home by Humble Grove

No Longer Home is a narrative story experience told by characters Ao and Bo, two university friends and roommates who are graduating and moving out of their university flat. It is a semi-autobiographical story, loosely based on the experiences of two of the developers, Hana Lee and Cel Davison of Humble Grove.

If These Walls Could Talk

The game takes place in Ao and Bo’s South London student flat. Each room is like a diorama, and the walls open up to reveal each room. You can rotate the room with a click to reveal it from all sides. Pointing and clicking on various objects in the room will tell you something about them or allow Ao and Bo to reflect on something.

You play from the point of view of both Ao and Bo, jumping between them, sometimes alone and sometimes together. Ao has to return home to Japan as their student visa is expiring, and Bo is moving back home with their parents as school is finished and they don’t know what their next step will be. 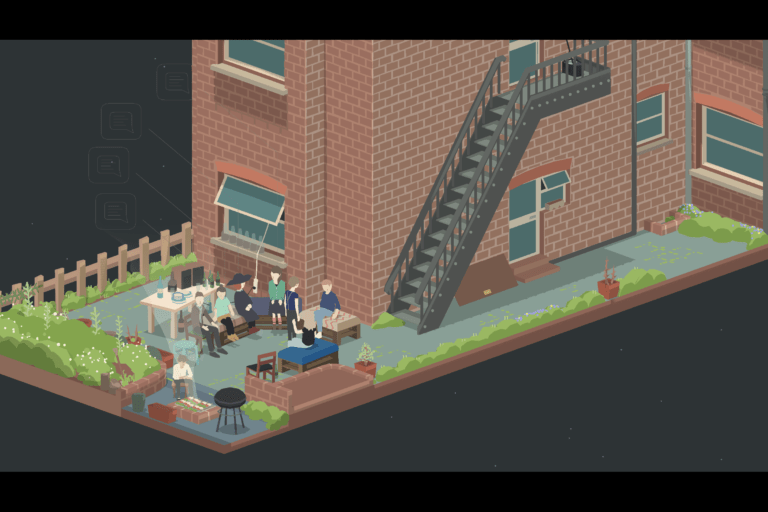 Ao and Bo interact with friends, each other, and a neighborhood cat. They pack up their belongings and express their hopes, dreams, and fears about the future.

Home Is Where the Heart Is

No Longer Home is an emotional experience. The soundtrack is best experienced with headphones. It’s dreamy and immersive, and while there aren’t any audible voices, text appears on the screen with a pulsing sound effect that helps move the story along.

The game explores universal themes: friendship, finding a sense of purpose, self-doubt, loneliness, saying goodbye, and fears of the future. This is the story of Ao and Bo, but ultimately it is a story all of us experience at certain points in our lives. 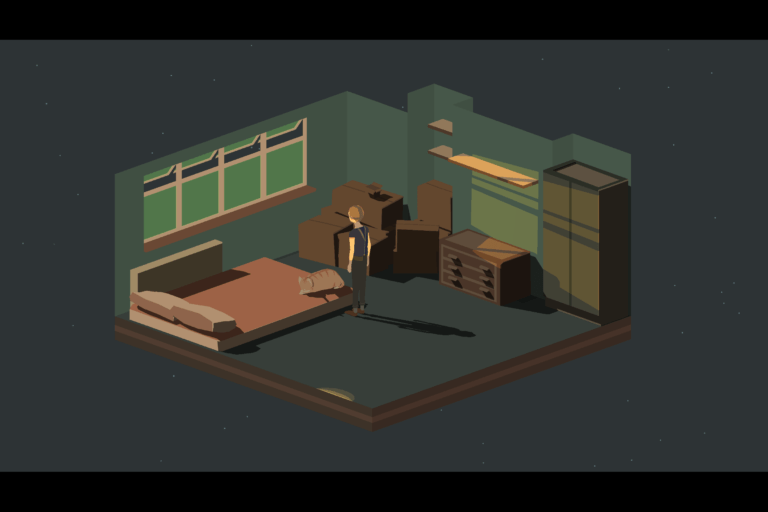 Playing No Longer Home felt like a personal experience. I could relate to the themes explored and enjoyed the soundtrack and the ability to explore the rooms in the house and be a fly in the wall to their conversations and thoughts. But ultimately, that’s all I was: an observer. There was hardly any opportunity for participation or interaction. Nothing I did really moved the experience forward.

Just as in real life, there wasn’t a neat and tidy ending. I don’t mind ambiguity and mystery, but I did feel there were some loose ends that should have been explored further. At one point, Ao and Bo find monstrous creatures in their rooms and interact with them for a few minutes. But then it’s over; they don’t appear again, and there is no explanation of why they appeared and what they were supposed to be. 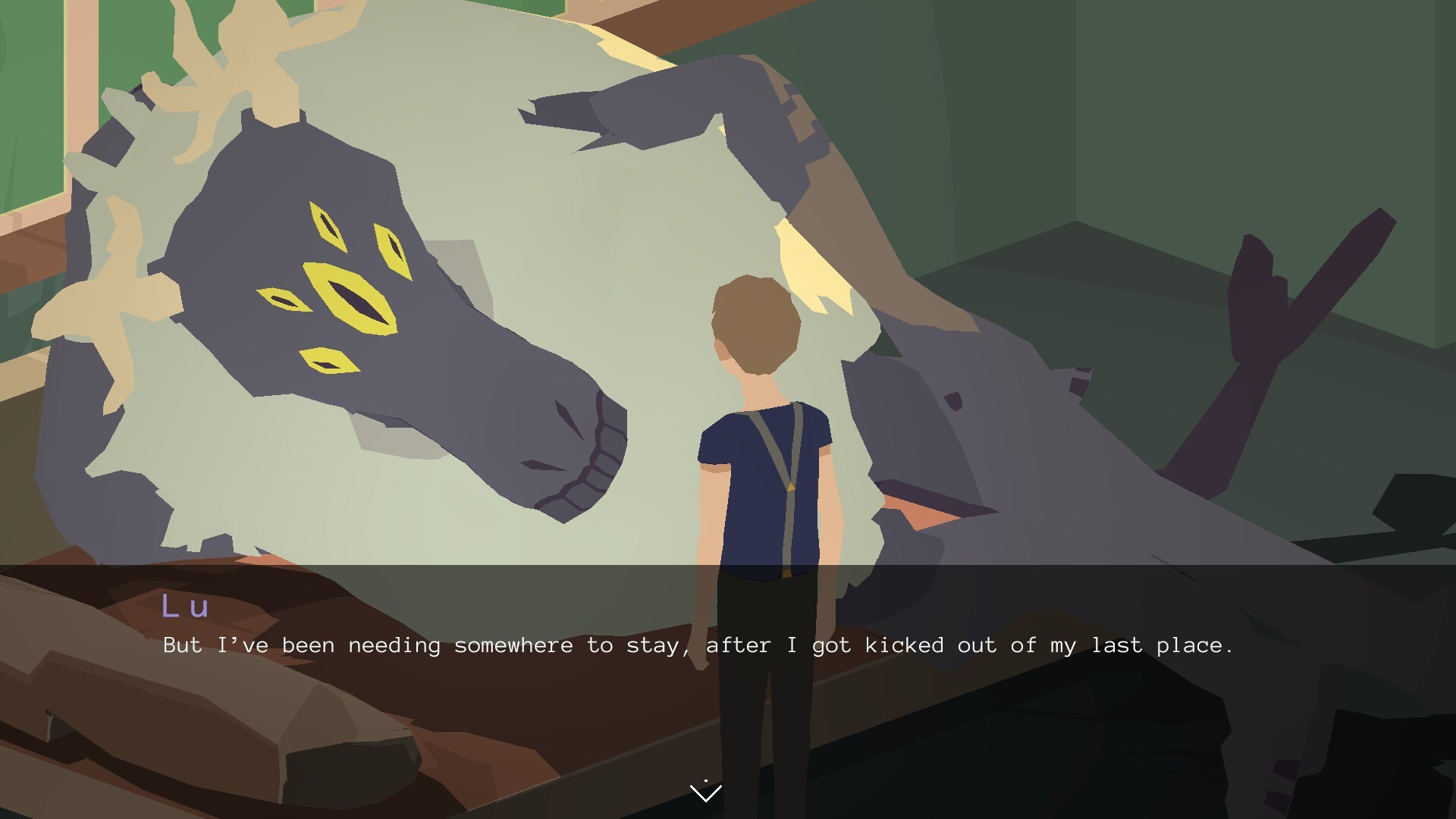 There were also some mysterious plants that would suddenly appear and grow in various rooms in the flat, but they remained a mystery and were never alluded to by any of the characters. The lack of interaction was frustrating, as I wanted to explore further but did not have the ability to do so. Ultimately, I was left wanting more.

Maybe that’s the whole point. Like Ao and Bo, there are no easy answers, and things are uncertain and unclear. No Longer Home is a beautifully designed and very innovative storytelling experience, but it is ultimately lacking in opportunities for interaction and dynamic gameplay.

No Longer Home is available via the Nintendo eShop, Microsoft Store, and Steam.

Watch the official trailer for No Longer Home below: 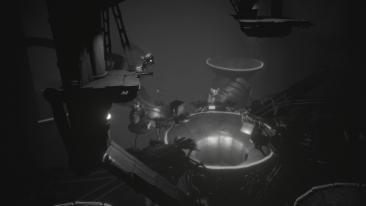