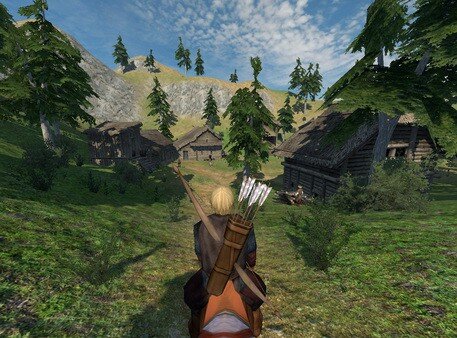 Mount & Blade – What We Think:

Mount & Blade released by Paradox Interactive from developer Taleworlds – both established and reliable names in the independent game world – has become my favorite new indie game. I began playing this game to spend my leisure time but it has since evolved into a hobby. The game has great graphics, an oddly engaging musical score and compelling features, all of which can be easily adjusted by the user. There are a lot of customization options, in the vein of Oblivion or The Sims wherein the user can adjust the length and breadth of a character’s forehead, the size of its jaw, height, complexion and color of dress and so on. Mount & Blade features a user-friendly design and provides complete entertainment to the user by taking him into its dynamic and imaginative world. NPC’s have a rather detailed AI set, and battles between factions and groups may rage on regardless of whether you are present – all of which enriches the sense of immersion in the world of Caladria. Moreover, the various quests and journeys are fairly well-paced (when you can actually figure out what to do in this sandbox) the world is quite massive, veering dangerously close to the same problem that plagues the ill-fated XBOX 360 Steampunk release “Damnation”, but at least the game-play reins this title back towards the fun side whereas Damnation just straight failed at making things fun in spite of its exhaustive scope.

Combat is one of the highlights of the game; there are no “health potions” and a few well landed blows will take you down. What may set Mount & Blade apart most, however, is it mounted combat, using a rather deep physics engine to tackle the idiosyncrasies of mounted combat. These are not auto-pilot type skirmishes – the player is pushed to really dig in to the tactical maneuvers available to pull of these bold encounters.

Little bugs do creep in here and there, but for the innovative streak introduced with this title, they can ultimately be forgiven.

Mount & Blade is a bold new indie title, recommended for anyone looking for a solid new role-playing adventure with a refreshing new take at the combat action level.

Mount & Blade is available via Steam.

10 Trailers For Amazing Indie Games (And How To Play Them)

Submachine – A Free Flash Based Escape the Room Game – Review