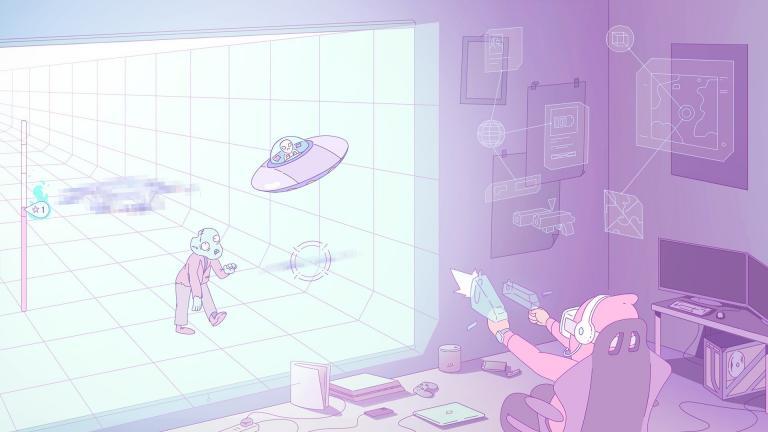 Melatonin by Half Asleep

Melatonin is a rhythm game focused on exploring the relationship between dreams and reality.

In pursuing this goal it uses an assortment of day-to-day activities as inspiration for visually charming levels which are put to a rhythm that must be matched by the player. Coupling chilled music with a range of pastel-infused environments, Melatonin offers a way to unwind while keeping a beat going.

Dancing in a Dream

As its namesake would imply, Melatonin is all about dreams. The game opens with a short but effective tutorial that introduces the premise of matching a beat- single button presses are all the game asks for, but it can be surprisingly tricky to match the rhythm of some of its levels. Each level is designed to suggest a dream about everyday life, warped with just a little surrealism. The first is about food, and it offers visuals of a floating box shooting various types of food at the sleeping protagonist. 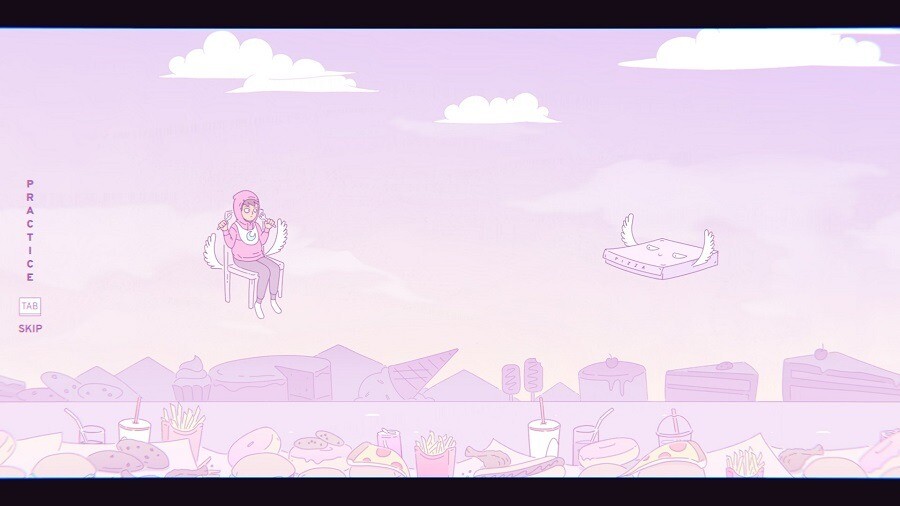 The first thing I noticed about Melatonin is that it’s remarkably easy to get caught up in the visuals rather than the music, perhaps because of a lifetime of letting the visuals in games lead my inputs. I found my timing took a while to develop as I was focused on the video cues rather than the audio ones.

True to the rhythm genre, Melatonin is more about falling into a natural cycle than it is about technical proficiency. Each level has its own tune, and if you spend enough time with it, matching the beat starts to become automatic. As my driving instructor once told me, you have to stop thinking – perhaps a worrying piece of advice on the surface, but there’s a truth to it.

The currently available demo offers four levels to explore, with more promised for the September release. Each level offers up to three stars for completing them to differing degrees of success, and a particular number is needed to progress to the next area. Every stage has a practice mode that tries to ease the player into the pace of the music while introducing the visual cues used to help.

I found that each level requires a bit of practice to perfect, but it doesn’t take too long to get into the vibe of the music. At the end of the available levels so far, there is a kind of medley where the game cuts randomly between the various scenarios introduced in the previous levels – a great way to test the skills of a player who thinks they have mastered the stages.

The music and visuals of Melatonin are best described as serene, soft, and welcoming. There are no harsh tones in the themes, that accompany each level and the aesthetics are a dreamy haze of gentle pinks, yellows, and blues. Melatonin certainly succeeds at creating a visual style for itself while maintaining its focus on merging dreams with reality.

Melatonin has a great deal of potential as a relaxing rhythm game; only a few stages are available so far, but if the developers can provide enough content, this will definitely be one to watch. With promising challenge modes, a level editor, and more chapters, Melatonin should offer a solid experience for anyone looking to get lost in a dreamy world whilst bobbing along to a good tune.

Melatonin will be available via the Nintendo Store and Steam.

Watch the trailer for Melatonin below: 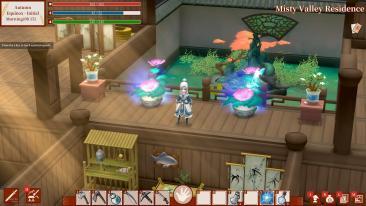 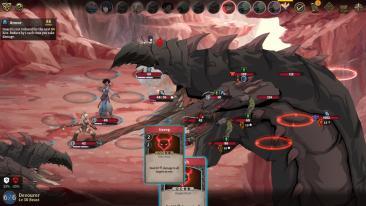