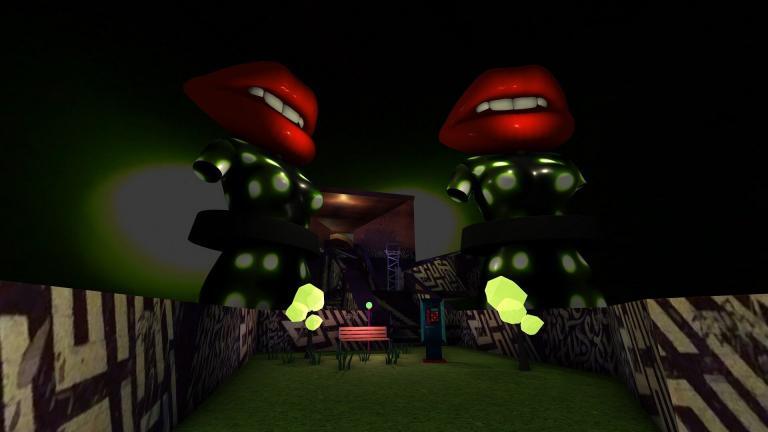 Art games, much like any art piece, are a tricky review prospect. They reveal as much about the person interacting with them as they do about who made them. That’s if they even reveal anything at all.

What I’m trying to say is that I’m going to be reviewing Mango while struggling to even describe what I just played. 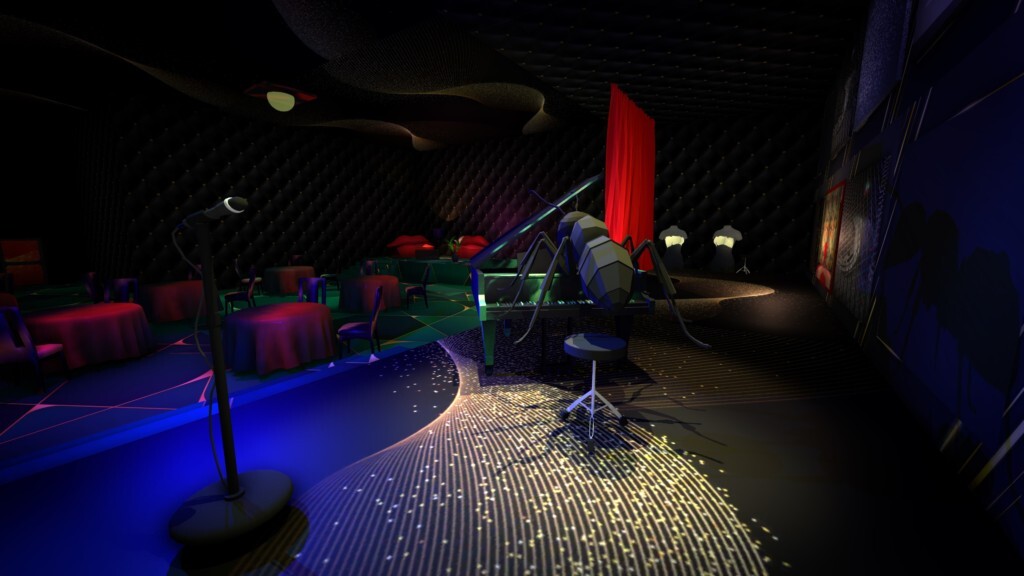 Taste of the Fruit

A self-described “surrealist indie first-person adventure game based on art and derealization,” Mango is weird. Very weird. On the surface level, it has a story about the game’s protagonist being part of a band whose fame is beginning to rise, but I get the impression the game is about more than just the perils of fame. Or maybe it isn’t and it just wants me to think it is. Is it possible to be gaslit by a game? 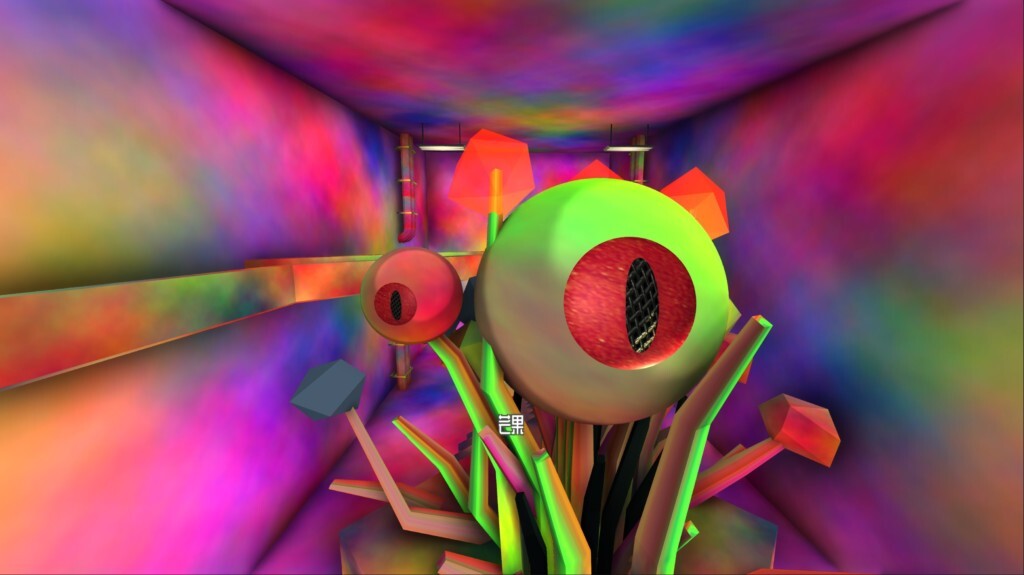 In terms of the actual gameplay loop, Mango is very much a “walk around and interact with the environment” kind of game. The environments in this case are surrealist nightmares, ones that usually culminate in the eating of a mango. I don’t know why.

There’s an argument to be made for style as substance, and that’s definitely the case with Mango. Walking around these colorful hellscapes is surprisingly captivating and makes you want to continue on to see what’s next. At least, they do for a time. 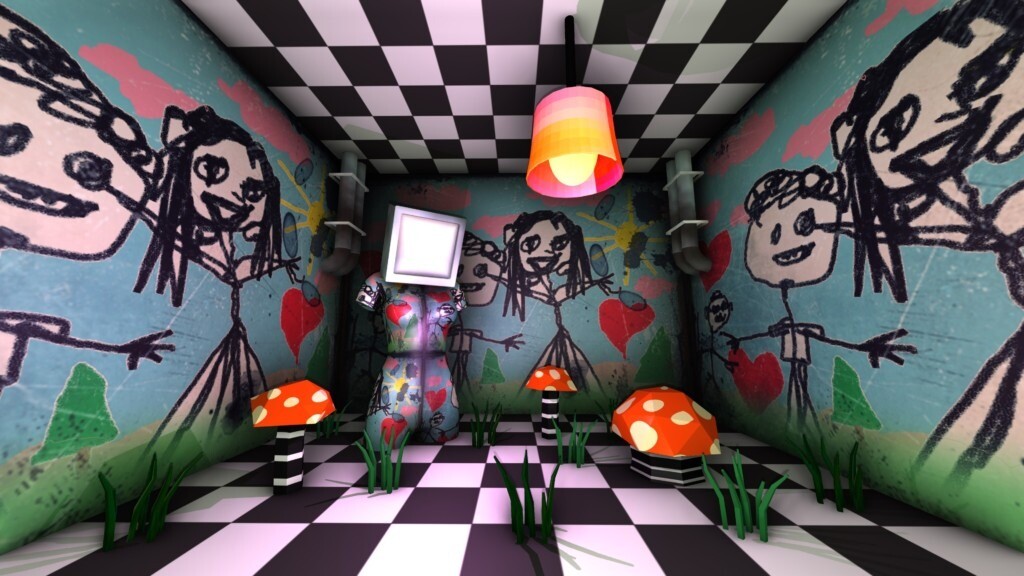 The reality about Mango is that aside from its artsy weirdness, it does little to distinguish itself from other similar games. If you’re someone who loves interactive stories and has strong feelings about the term “walking simulator,” chances are you’ve already played something similar. The surreal visuals, the self-narrated story, the limited interactable objects that spark a line of dialogue, etc. It’s all been done before. 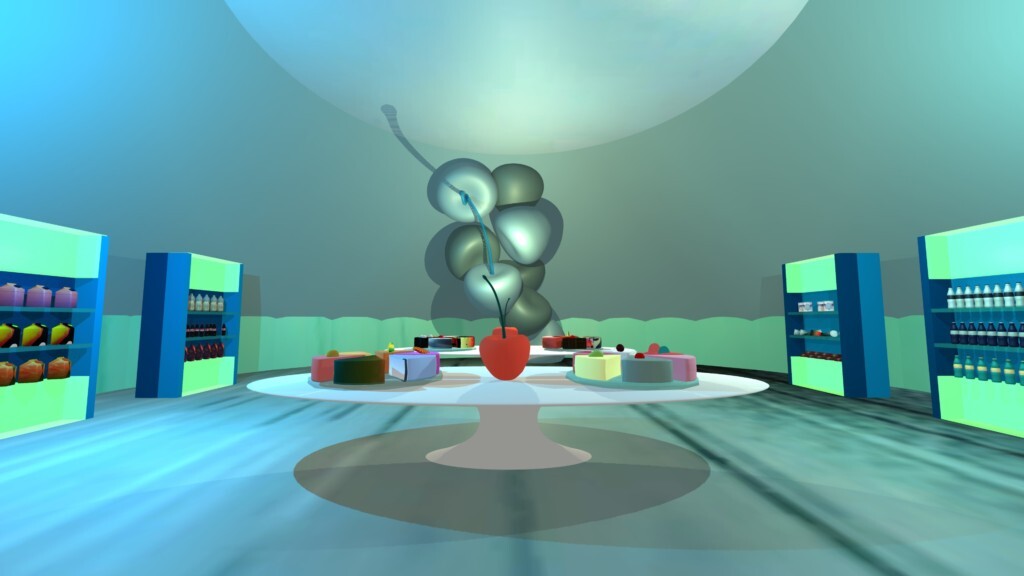 That’s not a problem in and of itself. However, Mango ends up making it into one via its sheer length. The game boasts an approximately 10-hour runtime on its Steam page, and the fact is it outstays its welcome far before that. It wasn’t long before the game’s abstract weirdness began to wash over me and I just found myself hoping for something to break up the monotony.

There are puzzles to solve and achievements to unlock, but nothing that fundamentally changes the experience in a way to make it more compelling. 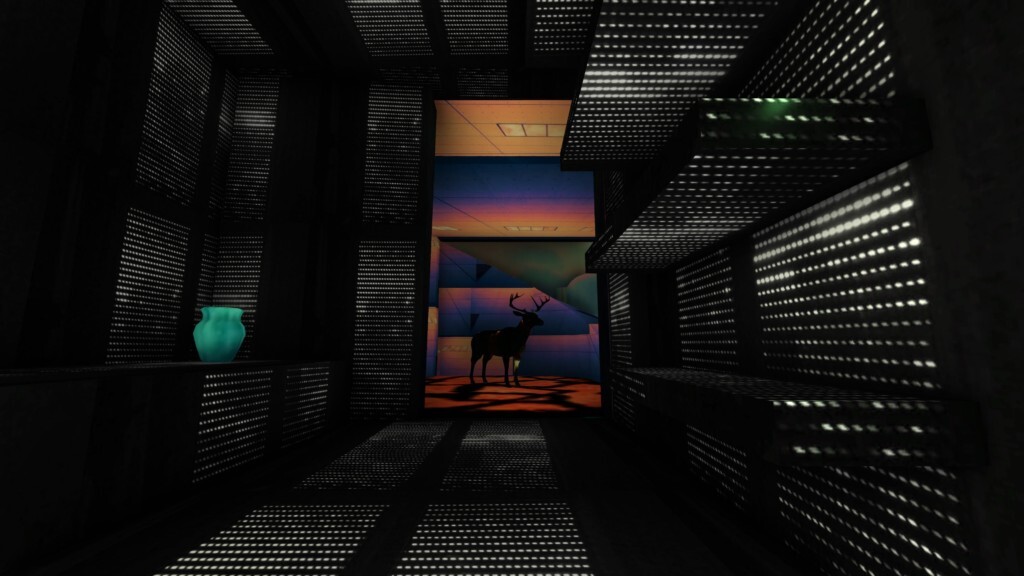 If I’m being harsh on Mango, it’s because I was definitely intrigued for a bit by its sheer weirdness. It harkens back to bizarre curiosities like LSD: Dream Simulator, and I’m all for more weird video games. Unfortunately, the truth is that there are already thousands of experiences like this on Steam, and this is simply one more of them.

Maybe I’m just missing the point and Mango is secretly the most brilliant game ever made. I honestly couldn’t tell you. At the end of the day, though, this is a game review, and I think there are more interesting games out there.

Mango is available via Steam.

Watch the trailer for Mango below: 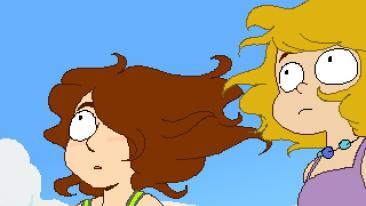