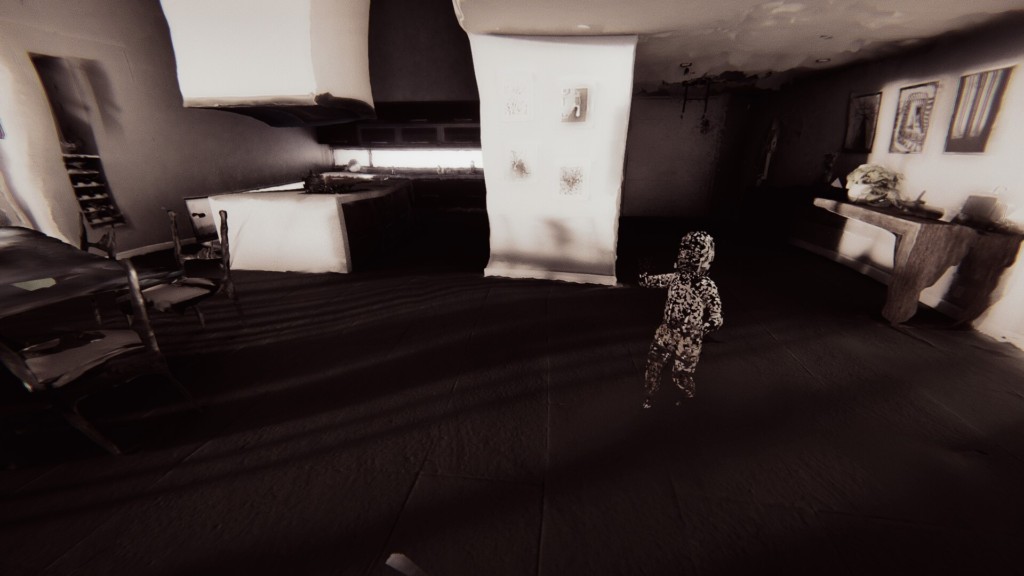 Having spent most of October putting together our list of Halloween games, I’ve now turned my eye on a horror different from that of witches, bats and goblins: the inescapable horrors of the human mind.

The games curated for this month’s selection of underrated and overlooked Steam games all explore the darker side of human psychology, and mixed in with insight into the modern mind, you’ll find plenty of old-fashioned scares, as well… 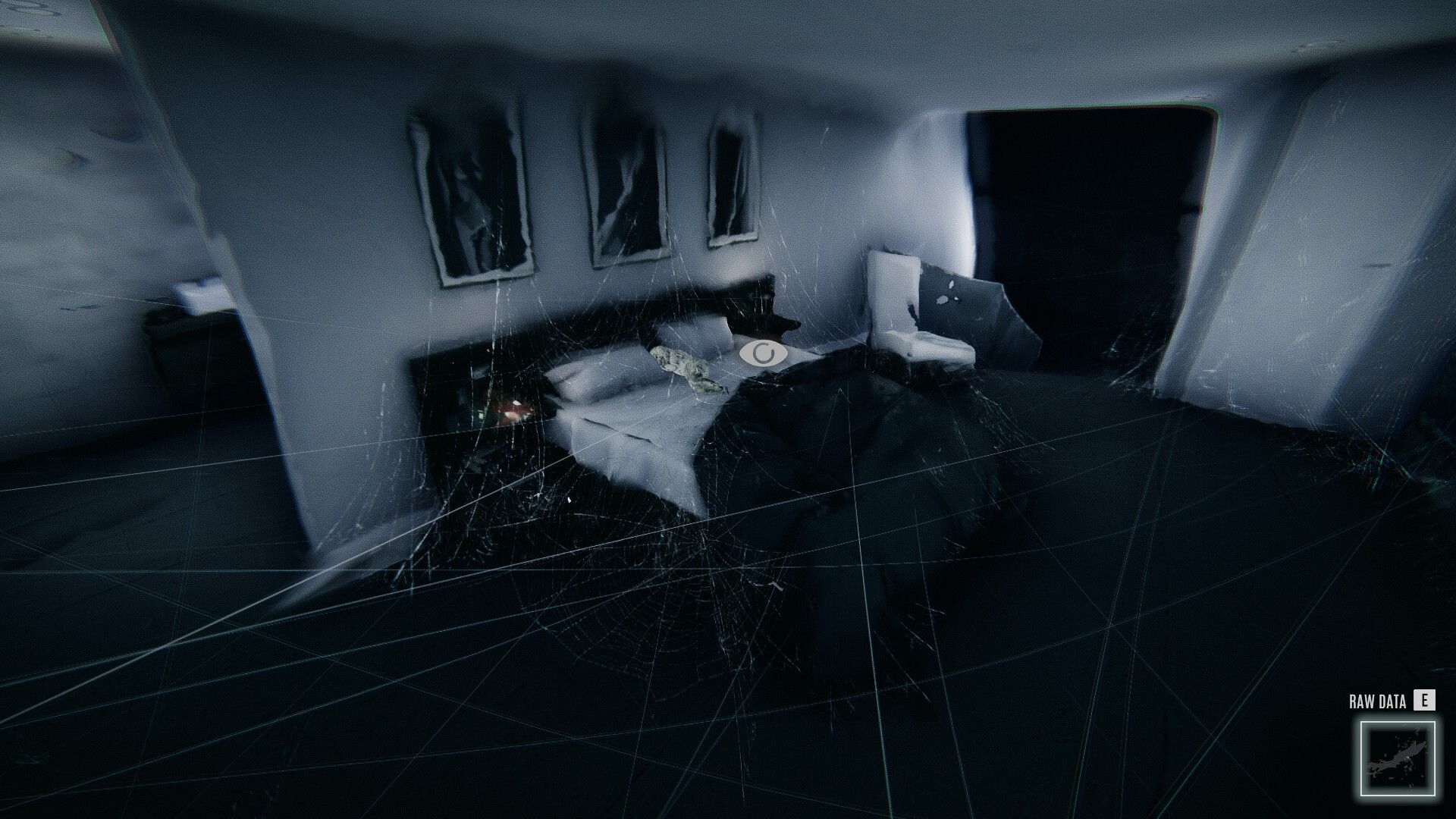 The journey into dark mental corners is most literal in this 3D adventure game from Playmestudio. In some ways a classic murder mystery, in others a commentary on dangerous implications of technology, The Signifier is set in a very near, very plausible future in which big tech companies’ use of artificial intelligence and deep fakes has led us into the kind of dystopian future that…well…we’re already heading toward.

The developers’ interest in both the human mind and technology are clear from the get-go; between your protagonist’s office and the murder victim’s apartment, you can find references to Jacques Lacan, Stephen Covey and Ray Kurzweil – not to mention René Magritte – just from the art on the walls and the books on the shelves.

Clearly, as the title itself signifies, the developers are interested in the fallacies of perception and the potential of AI to mess with our heads. 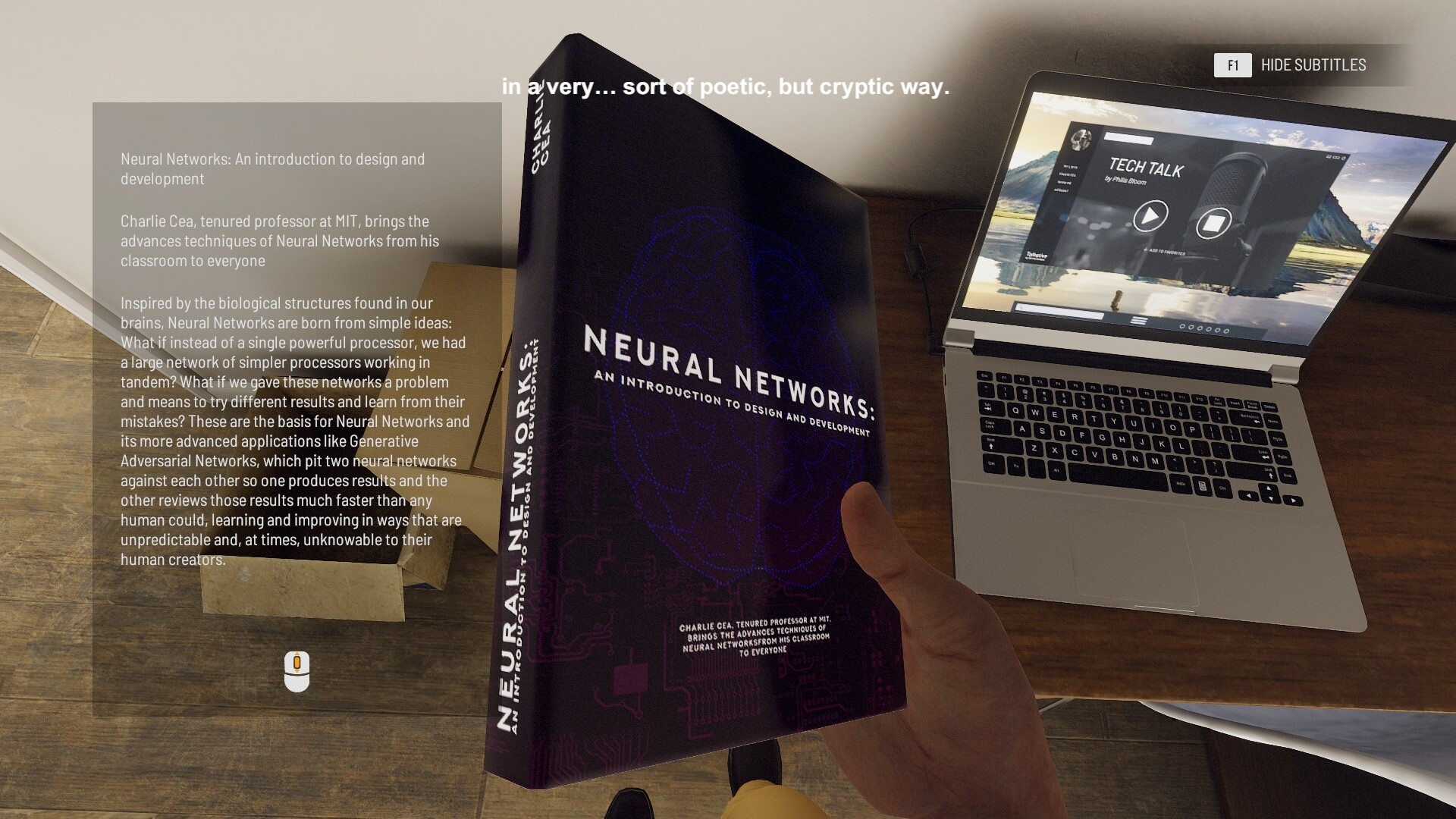 That becomes even clearer as the game reveals its central conceit: an experimental device that lets you travel into another person’s memories, as obtained by brain scans and reconstructed by an AI assistant.

Equipped with a scan of your murder victim’s brain – luckily she was poisoned and not shot in the head – you’ll be solving the mystery by traveling directly into her memories. You’ll even be able to adjust the balance of objective data – things the person saw and heard – with subjective and unconscious memory.

It’s a little like Inception and a little like The Cell, and despite coming from a small studio, the developers have put forth a very polished and compelling product. The “real-world” scenes are well-rendered, the voice actors are solid, and the “brain exploration” scenes are fantastic, with well-placed glitches and bits of graphical oddness creating an uncanny valley of unsettling moments. 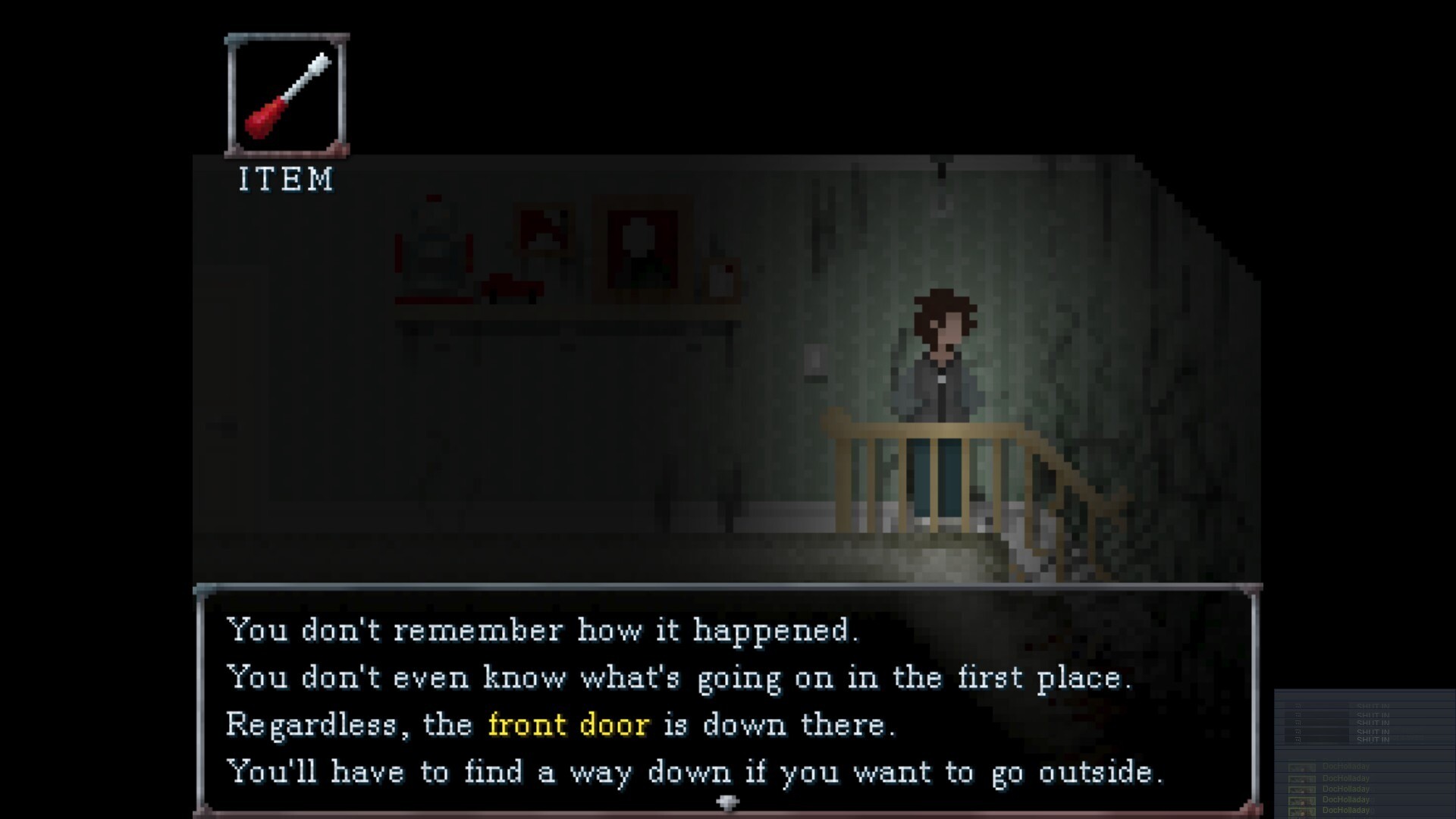 Inspired by developer Cael O’Sullivan’s own experiences during pandemic lockdown, Shut In is relevant not only to that very specific flavor of isolation but to anyone experiencing depression in general and agoraphobia in particular.

Like the famous Depression Quest, Shut In’s joke is positioning examples of basic executive functioning – get out of bed, get dressed, go outside for some fresh air – as grand adventure game quests, but its stylistic approach is more creepy and more cruel, putting a horror game spin on familiar metaphors so that not only is the decrepit state of your house a reflection of your emotional state, it’s an unfamiliar and dangerous thing, trying to kill you via gas leaks, bad wiring and even flesh-eating insects. 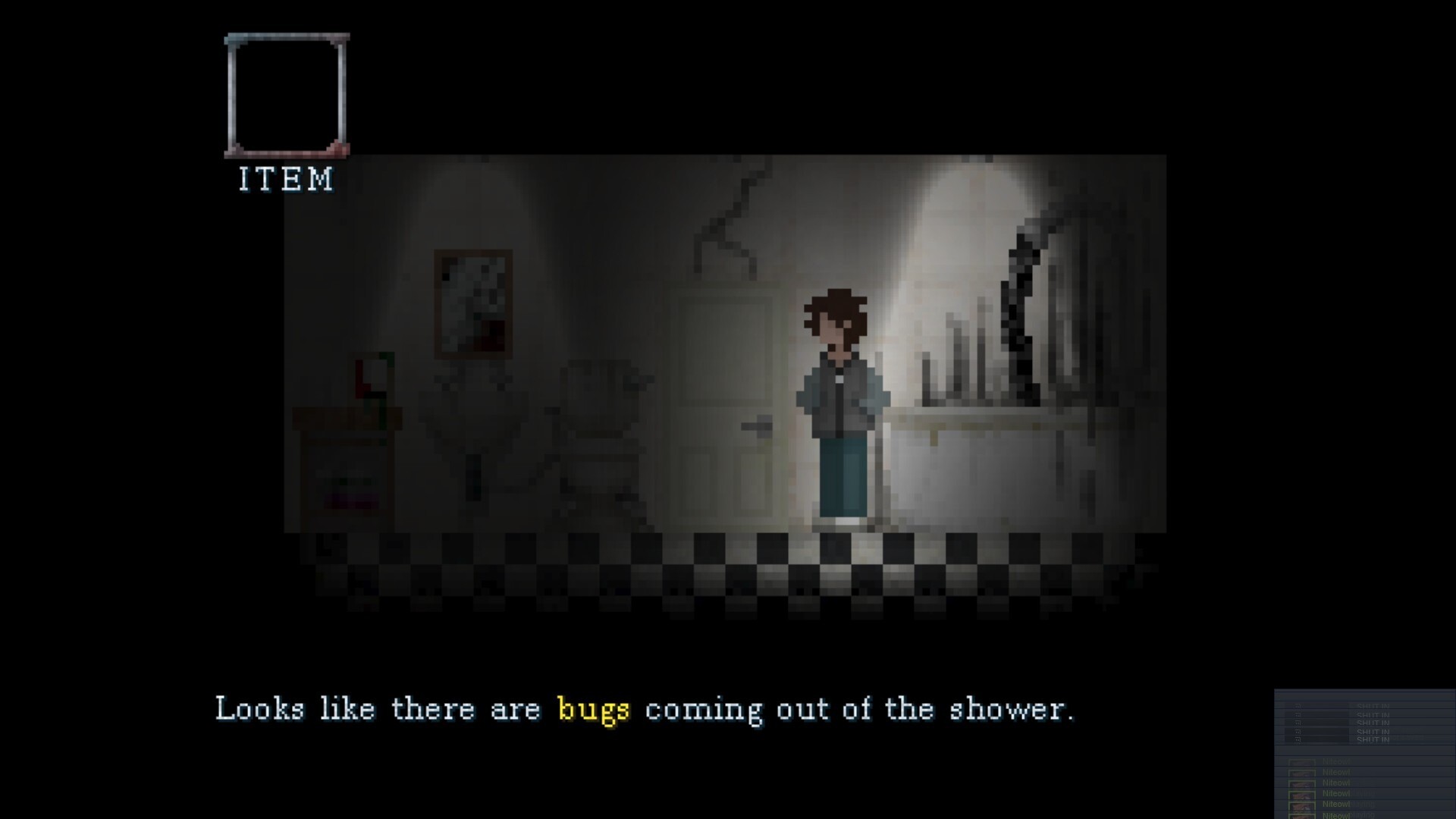 Of course, after each death or failure – and many of them are deliberately unfair, which is part of the point – you get the chance to try again the next day.

I could probably go on for paragraphs about how the individual horror elements reflect different depressive symptoms or how the variety of deaths and restarts are a metaphor for the way that days blur together when you can’t leave the house, each day a different reflection of a horrible, monotonous sameness.

Instead, I’m going to recommend you work those out for yourself and enjoy this one for the creepy atmosphere, the dark comedy, and a series of simple inventory and environmental puzzles that, while they don’t always make “real world” logical sense, demand a lot more attention to your surroundings than you might expect from a game about depression.

Smart Studio takes things even further in a horror direction. While bits of text and symbolic imagery highlight the various psychological and mental themes present in Memories of Fireflies, it was the screeching ghost chasing me through a creepy, dimly-lit monastery that made the strongest impact on me.

In terms of action and mechanics, this is a stately-paced, side-scrolling stealth and puzzle game that reminds me a lot of Inside, albeit with a sort of Renaissance aesthetic – the protagonist is a child wearing an outfit that’s equal parts Commedia dell’Arte and wizard cloak, complete with pointy hood – rather than bleak industrial dystopia.

It’s also quite a bit clunkier, with occasionally questionable stealth detection and tutorial tips that vanish a fraction of a second to quickly to read them. The latter just makes figuring out the mechanics a bit more of a challenge, though, and the presentation of the subconscious as a mixture of floating geometric abstraction and stately – if haunted – cathedrals is more than enough to make this a memorable experience. 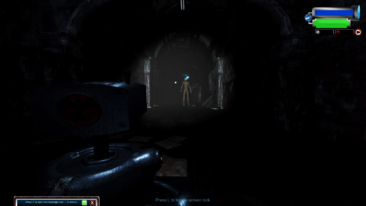 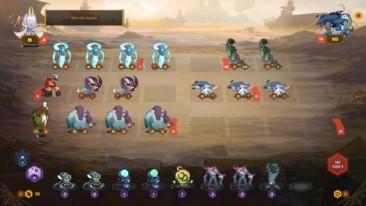 Against the Moon – A Lane-Based Combat Game With Special Names