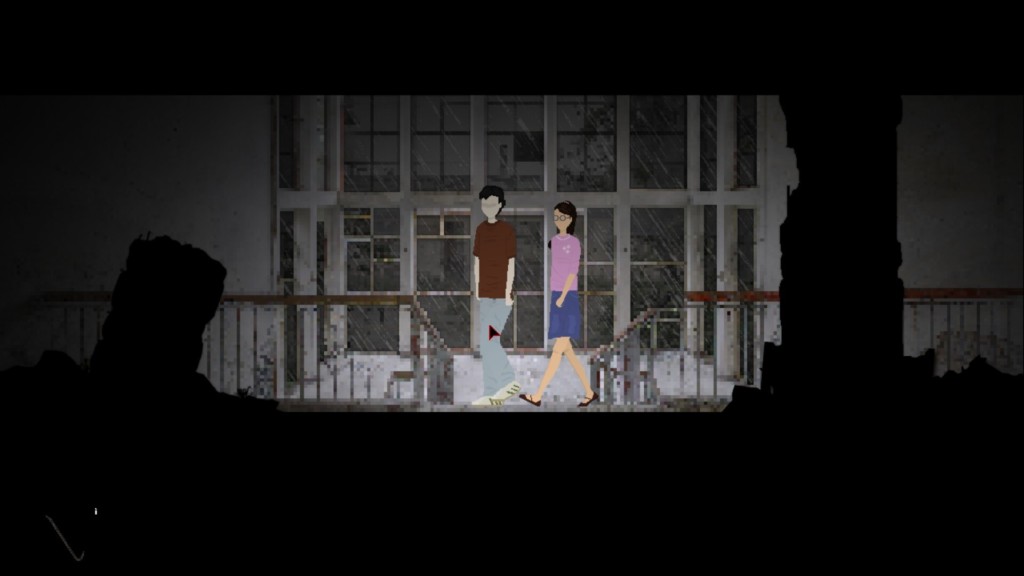 Last month, I focused on some recent underrated Steam games with space horror themes. This month, my favorite hidden Steam gems are similarly scary, but they all feature more realistic settings: right here on earth, right here and now (or at least in the very near past or future).

I’m honestly not trying to turn this into a horror games column, but on top of being so close to home, these frights were too good to keep to myself: 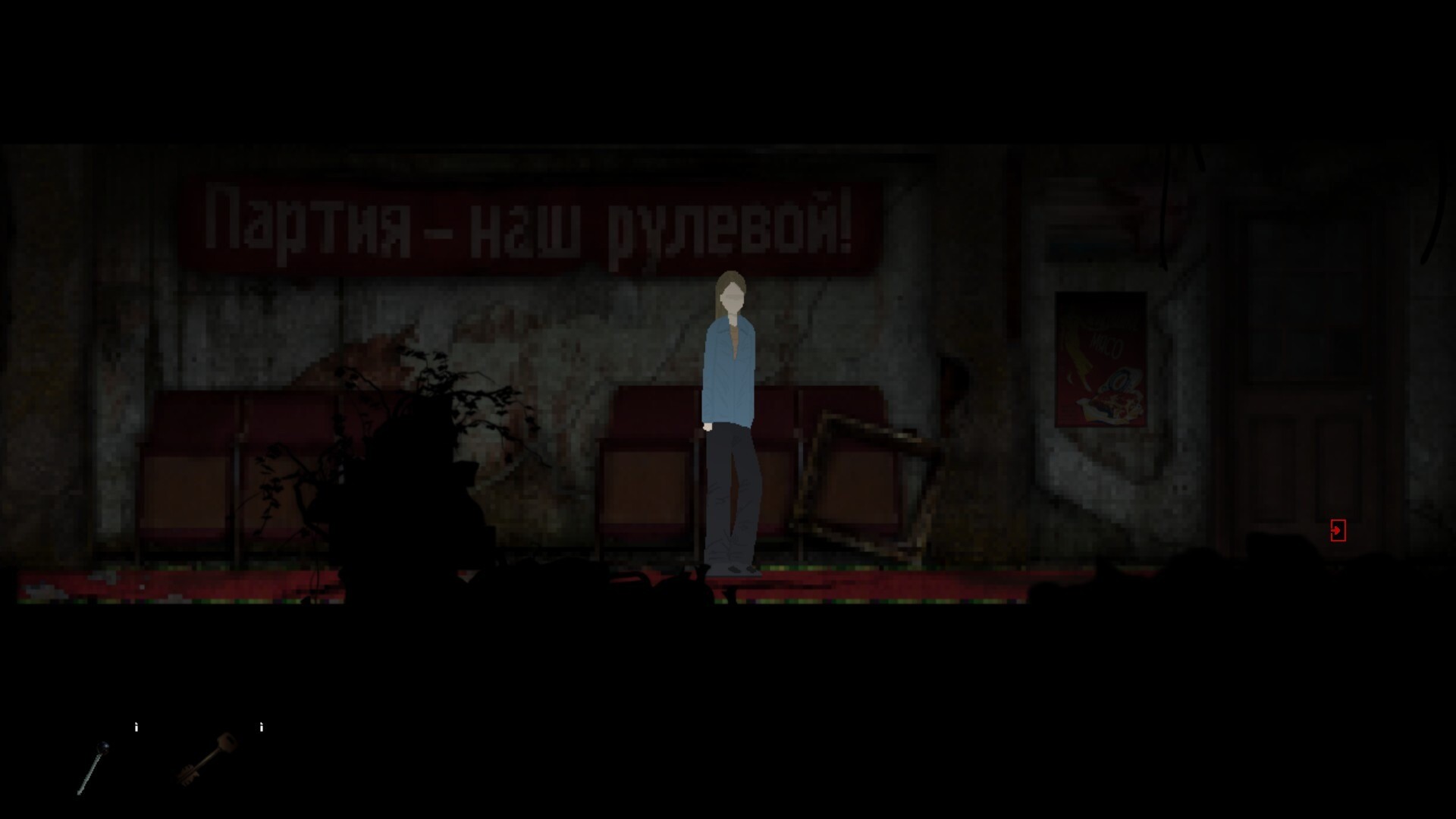 A bunch of adolescent misfits getting into teenage trouble, hiding from bullies and contending with a bizarre supernatural presence lurking underneath their town…it sounds familiar to Stephen King fans (or people who have played A Night in the Woods), but this one’s set in provincial ‘90s Russia, not ‘50s Maine.

Though the comparisons to It are certainly warranted, especially early on, DØM RUSALOK definitely has its own specific feel, and that’s part of what makes this such a unique experience.

Developer Yakov Butuzoff introduces the horror elements slowly, almost achingly so – there’s no introduction with a sewer clown tearing a child limb from limb – but the slower pacing gives players the chance to really absorb the setting.

While I didn’t grow up in the Russian suburbs personally, I’m impressed by how well Butuzoff uses early ‘90s-inspired pixel art to conjure a crumbling urban landscape that serves its youthful protagonists equally as playground and prison. 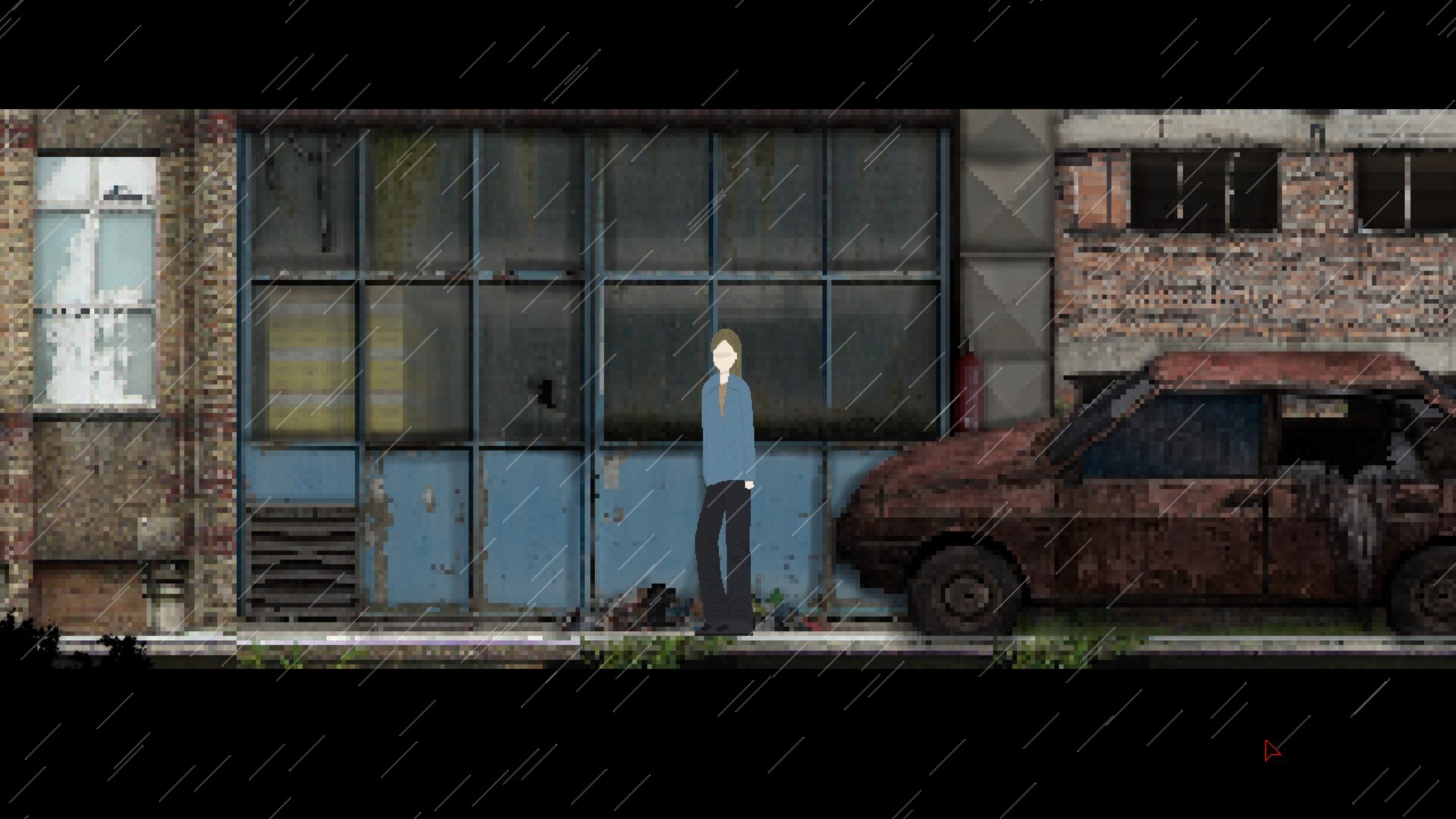 That extends to the point-and-click adventure puzzles, as well. One moment, you might be gathering supplies for a fort. The next, you’ll be improvising explosives to blow up old televisions or sneaking into abandoned buildings.

And if the game takes its time shifting from coming-of-age hi-jinks into straight-up horror story, it’s so much the better for it. The writing and characterization are solid enough that even if it were a Nina Freeman-style slice-of-life piece instead of supernatural horror, I’d still want to play through it just to see what happens to everyone. (The fact that one potential ending is death via some sort of malevolent force like Pennywise by way of David Cronenberg or Clive Barker just raises the stakes.)

Great stuff, and I’m already looking forward to whatever Butuzoff does next. 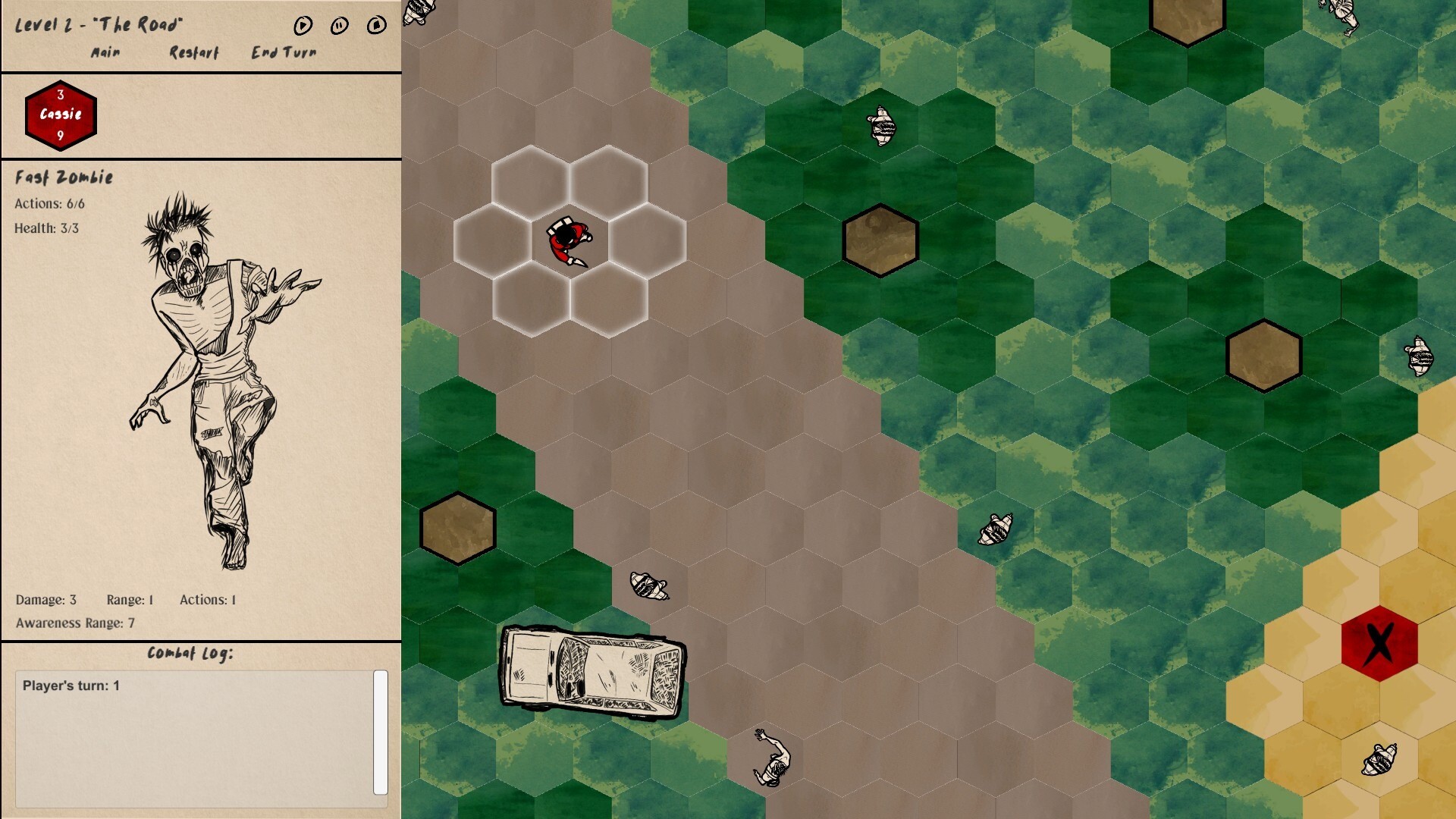 At first glance, Don’t Get Bit looks like one of those old Steve Jackson Games tabletop offerings that required you to cut the pieces out yourself, but its simple hex map presentation belies its narrative depth.

A classic cross-country journey in the early days of the zombie apocalypse (think Fear the Walking Dead) from the perspective of a teenage girl, this soars largely due to its excellent writing and some dead-on voice acting from Kami Hinds, who turns what could have been a one-note “sarcastic teenager” trope into a fully developed character, letting hints of vulnerability peer through her tough-girl façade.

That’s not to say that the game itself isn’t solid, too. With 30 levels and three different stories to play through in ascending difficulty – the final ending requires you to make it through all 30 levels without being hit by a single zombie – there’s a lot to keep fans of turn-based strategy puzzles happy. Scenes play out like chess puzzles, with Cassie – and eventually, the companions she meets on the road – fighting or avoiding zombies on the way to the level’s exit (some levels let you escape, some require all zombies to be killed).

Between the narrative focus and simply presented – though tactically demanding – turn-based levels, this one’s a lot like Pendragon if George Romero had been the inspiration instead of Thomas Malory.

Please Wake Up is a bizarre mix of conceptual horror about the nature of the human mind and straight-up jump scares.

Without giving too much away, the central concept here is that the player is in a coma, and a doctor is attempting to communicate with him during moments of brain activity that indicate dreams or hallucinations.

In practice, this boils down to listening to various NPR podcast-style lectures about memory and consciousness while viewing different 3D scenes; as you scan the room, certain details change, requiring you to click on them. It’s basically one of those old activity book “spot the differences” games, but in first-person and in real-time.

It’s an almost painfully simple mechanic, but between some really tripped out optical illusions, a slow descent from prosaic scenes into grotesque horror, and the omnipresent threat of a jump scare if you make too many mistakes, it’s also an absurdly effective way to screw with your head on multiple levels. 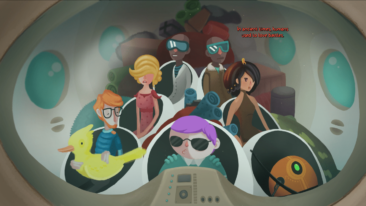 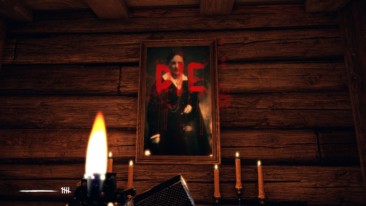 Martha Review – A Haunting Ghost Story from a First-Time Developer