Immortal Life is an Early Access RPG and farming simulation game inspired by the likes of Stardew Valley and Harvest Moon. Following the tenets of the genre, Immortal Life offers the chance to become part of a varied community while building up the infrastructure around it. From growing crops to fishing and building expansions to a home, Immortal Life brings all you’d expect of a simulation RPG alongside a few unique features of its own.

The story of Immortal Life begins with the protagonist being called by the elder of a spiritual sect to travel to an idyllic setting in the “Misty Valley.” A short time later a barrage of asteroids does tremendous damage to the region and sets into motion a quest to rebuild the area and learn the mysteries behind the impact.

I found the introduction, tutorial, and opening narrative a little heavy-handed; it takes a while to get to the stage where you’re free to begin exploring the valley and there is considerable exposition to wade through. It’s a slow start but worth pushing through. 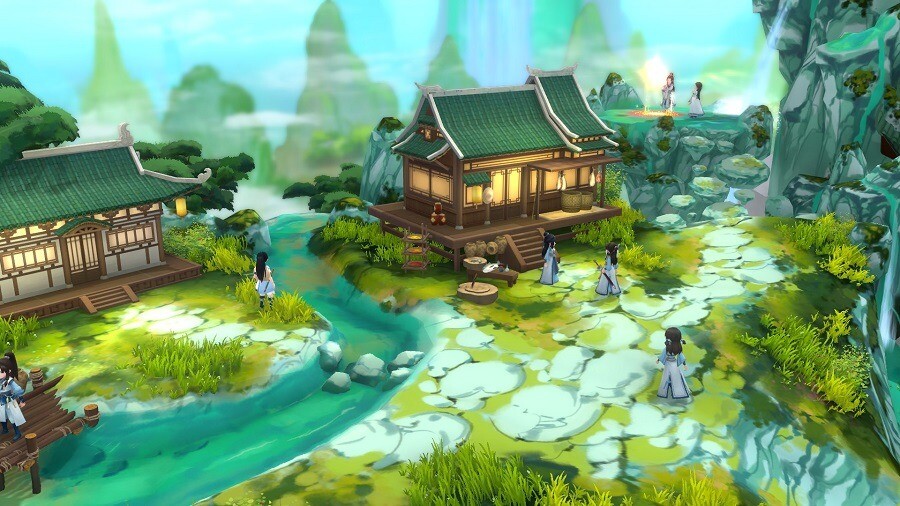 Immortal Life is, like the games that inspired it, built upon a combination of a long-term farming system and a series of mini-games that help to keep things interesting while waiting for the fruits of your labor to sprout. I’m a sucker for a good fishing game, and Immortal Life delivers a fun example to try in between cultivating crops. I was also amused by a cooking game that has the protagonist rushing around a kitchen to prepare each ingredient within a time limit to get a good result.

Where Immortal Life offers some of its own flavor is in the use of magic. An MP meter limits how many spells can be used, and this is the toughest resource to replenish. Spells replace large-scale automation in games where technology is more prevalent; a watering gourd can be channeled to create a rain cloud to swiftly nourish the crops, for example. All three resources (health, stamina, and MP) regenerate at different rates during sleep when the appropriate furniture is present in the protagonist’s home, a feature that pairs aesthetics and function in a pleasing fashion. 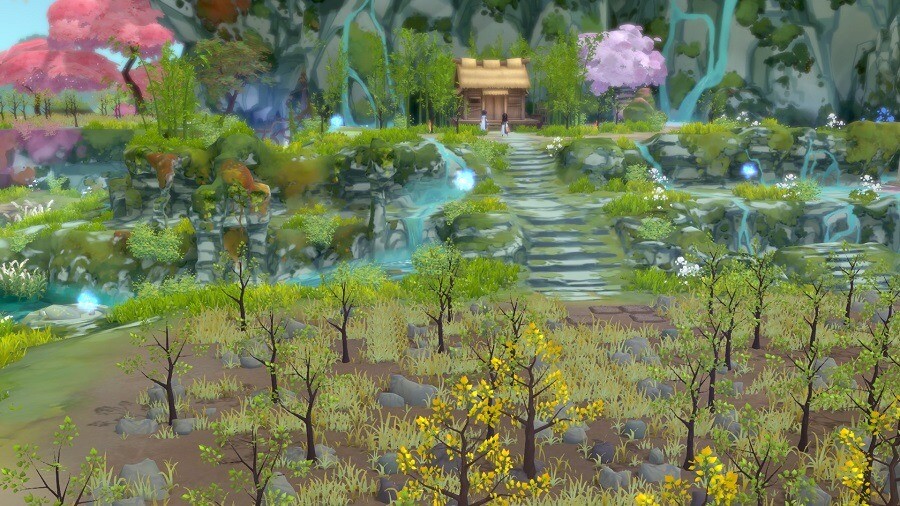 Speaking of aesthetics, Immortal Life is absolutely beautiful; the serene environment of the valley is depicted in all its colorful glory, and the countless items available to obtain all have charming art for their icons.

That said, there are a few hiccups here and there. The translation is currently wobbly at best, and much of the text is poorly formatted. This is most notable when text is wrapped – breaking up words – to fit it into limited space. This occurs in prominent locations such as the world map, and it hampers the otherwise eye-catching visuals. I imagine this will be addressed in future updates.

Immortal Life is a beautiful farming and life simulation game that dives fully into its Oriental setting. The focus on Chinese mythology makes for a fascinating world to explore, and the art style supports this wonderfully. The story is pushed a little too hard early on, and there are some issues to work out in tidying up the rough edges, but Immortal Life is a charming farming game with plenty to keep fans of the genre entertained for many hours.

Watch the trailer for Immortal Life below: 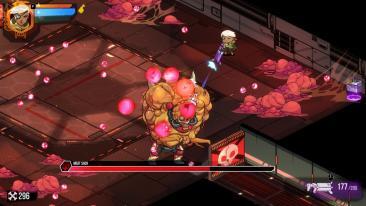 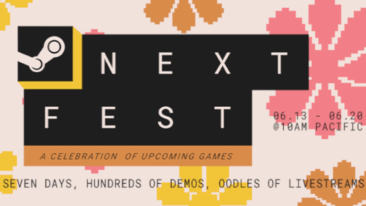