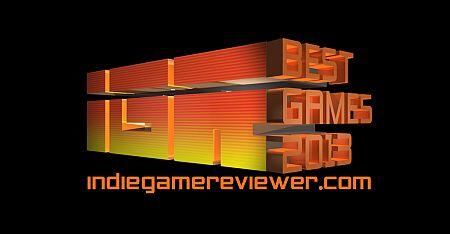 2013 pretty much burst the bubble on the concept that the indie game bubble was about to burst.

In fact we are seeing expansion that became a lynchpin in the new console wars, saw Steam foray into making not only its own console but releasing an operating system, and sites like Humble Bundle moved forward on the chessboard to become completely viable new storefronts (see IndieGameBundle’s comprehensive list of game bundle companies to see how many of these were in operation this year).

Kickstarter campaigns were a ubiquitous, daily announcement, but showed little signs of abating – the brilliance of crowdfunding demonstrates that distributed financing makes it very tough for the money to dry up, and hundreds of new games were booted up in this fashion.

In my 2012 GOTY preamble I made a distinction between interactive narrative and more pure game mechanics, though I knew at the time that I would soon have to step away from that argument and let the powerfully emergent new forms that interactive environments and narrative were becoming take their rightful place at center stage with the rest of the titles.

Thus, we actually found ourselves with a dilemma when looking at our original top ten lists – over 70 percent of the titles were in fact interactive fiction!

These lists are incredibly difficult to compile, but we chose again to go with the Top Ten format, because it actually forces us to lump everything from every genre together and consider it at parity. So rather than have a list for best platformer, or Rogue-like, RTS, Sim, shmup, RPG, FPS, TD, puzzler and on and on, we just gave weight to games that were not only great to play, but also introduced some form of novel mechanic; well-implemented, resonant and in concert with their design, that created an all-around satisfying and self-sufficient, ideally replayable experience.

This year we decided to break our Most Anticipated Titles into a separate article, and also create new posts for several of the writers who wanted to share some of their personal favorites not included here.

The list below is the sum of our various votes and input. We began working on this list on January 1st 2013 and we considered anything and everything that came across our inbox, via our travels, or research, with equal and impartial consideration. We did not want to run into the problem of forgetting excellent titles released early on in the year, or be dazzled by the lights of the latest buzz title.

Get By With A Little Help…

Special thanks to Callabrantus, HappyWulf, Kit Goodliffe, Bill Whorton, Tanya “Darklights” Kan, Eric Weiss, Mark Hill, DaMaGe82 and the rest of the IGR crew including Ben Cross for his graphic design contributions, as well as the IndieCade crew, Hand Eye Society in Toronto and so many others for all their amazing work and insight this year.

IGR is a completely independently run, ad-supported site that exists only as the result of our love for subject that is our namesake. We put more hours than are probably economically sound into this day after day, but like any good obsession, we do it because, for whatever reason, we feel compelled to.

Our mission is to push game development forward, for many reasons that include self-expression, education, technological/philosophical/socio-political inquiry, communication, understanding, exploration, wonder, imagination and of course, some kick ass play time.

We hope we have helped to push that further into the mainstream consciousness and thank you for being a part of that effort, because without you, dear reader, we are just a dark room with no ventilation. So thanks for shining a light in our direction.

Now, without any further ado, here is IndieGameReviewer.com’s: 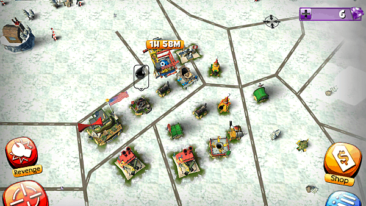