From the creators of the award-winning game Auditorium comes Fractal, a new ambient music puzzler experience. Cluster and Chain your way through a pulsing technicolor dreamscape that reacts to your every move, while manipulating Fractals, creating Blooms, and expanding your consciousness at 130 BPM.

Slick, explosive and wickedly addictive. Fractal brings together the best parts of Hexic and Lumines, and then blows them both to itty-bitty pieces. You advance by creating fractals: fractal “blooms” are created when you can arrange six like-colored hexagons around a seventh (or in the case where several possible blooms are linked, a multi-bloom). To manipulate the blocks, just find an empty space, and click to push the blocks along the paths linked to that unoccupied hexagon.

Blooms explode, propelling the pieces along the edges of the grouping outwards by one space. Should these fragments complete a subsequent bloom, you’ll be awarded points for a chain reaction. As the dust scatters, random hexagons will appear amongst the wreckage. If these should link up with existing squares, you can score “afterbloom” points. The best part? The bonuses are linked. With some careful planning, you can set up a shot that will ring out for many moves afterward, and just sit back while the points multiply. The first few stages are a breeze, but later levels will introduce multiple colors, so you’ll have to think ahead.

You Got Some ‘Sploding To Do

Bomb tiles and electric bolts will bring some much needed firepower. A bomb that shows up on the edge of a bloom will fly out one square and detonate, taking out all adjacent squares and adding them to your total. Lightning bolts will fry any tile linked to it when it detonates, so make sure to link them into your larger clusters whenever possible.

Thumping along in the background, the bass-heavy soundtrack seamlessly changes tracks between each stage, fading out to a drumline between levels only to hit with a new track once your score has been tallied. Soothing ambient sounds accompany your actions, and there is nothing more satisfying that the guttural WHOMPS that rumble out as you take down a big chain of clusters to end a stage.

Fractal also packs three ways to play. Are you out to solve a great mental conundrum, or do you feel like beating the clock while letting the fractal shards fall where they may?

You’ve got a set number of pushes to collect enough fractal fragments to clear each stage, so make the most of your efforts. Try pushing several tiles with each push by getting in the middle of them. This way, you get more coverage. For each 10 stages you clear, you hit a checkpoint. Run out of pushes on a stage before you reach a checkpoint, and it’s back to the last one.

Can you complete the specified shapes and blast patterns with the amount of moves you’re allotted? Think twice and push once! The puzzles are only going to get trickier as you progress, so think it out. Each round solved unlocks the next one in the branch, and clearing a branch leads to a new block of challenges.

The clock is ticking, so be sure to “grab” as many time tiles in your detonations as you can as you play at Speed, Agility, or Confidence style rounds. The good news: You have unlimited pushes! When time waits for no one, push comes to shove.

A Multibloom In Its Own Right

Shelling out a bursting cornucopia (Happy Canadian Thanksgiving!) of choices to puzzle fans, and all wrapped it up in a pulse-pounding soundtrack, this game is one solid offering. Even after falling one move shy of reaching checkpoints in Campaign Mode, I found myself immediately going in to start afresh, eager to try a new approach. Hell, even the credits are a stylishly-crafted affair.

IGR’s Aimee L.C. and GameScribbler also got some hands-on time with the habit-forming puzzler at IndieCade where it was one of the festival’s 2010 finalists. As Eric stated after a hands-on with the game:

“You’ll forget to shower. You will sit in front of your computer for nine hours. You will forget to eat. You’ll lose weight. You’ll die. This game is sweet”.

Featured prominently at Indiecade 2010, Fractal may well be the next big puzzle game craze.

Download Fractal from the Cipher Prime store for USD $9.99 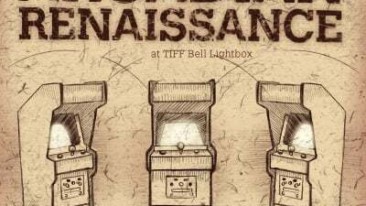