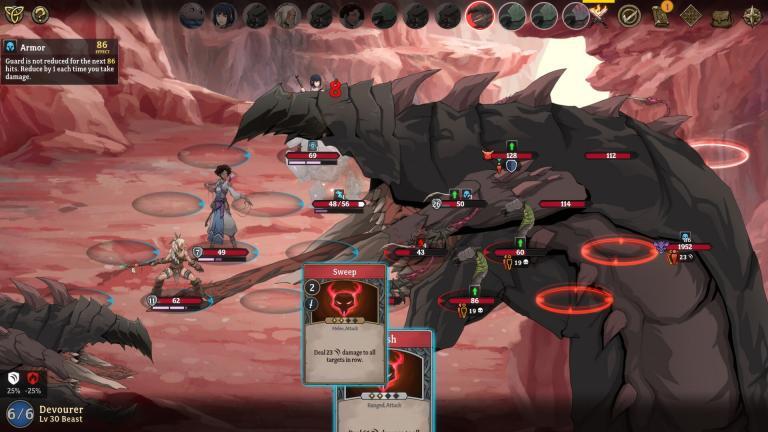 The first time that my party was suddenly slaughtered in Gordian Quest, I felt somewhat aggrieved because every battle preceding it had been so straightforward. And though it is a party-based Rogue-lite where death and restarts are par for the course, because this is a turn-based deck-building fantasy RPG game, I had to restart the story, as well. Not so nice, but at least the story is, truth be told, threadbare. And though it does expand to some extent, the narrative never puts its head above the parapet, remaining utilitarian throughout.

Sometime later, having gathered my spirits and shattered hopes, I barely survived another sudden zombie/monster/thing onslaught, losing a percentage of my seasoned, synergistic crew in the blink of an eye, and by god, that stung as well. However, I am well aware that the bittersweet mix of disappointment and thrilling escape is the elixir of life for this type of adventure.

A Gordian Knot of Genres to Untie

Gordian Quest from Mixed Realms is, like empathy in the United States, an acquired taste. If you’re reading this, you’re either already into at least one of the genres it straddles like a rodeo bull rider or maybe on the fence. This isn’t going to corral a new herd of deck-building and/or turn-based fans because it doesn’t exactly blow any staple elements out of the water. What it does do, it does well, though arguably it attempts too much and dilutes every element to a degree. Having said that, rather paradoxically I realize, there remains a huge amount of depth, strategy, and replayability for those in need.

Gordian Quest is about a town under siege from a horrible undead horde. You must gather a party of three – with about four characters available to play in the early going and 10 to choose from overall – each with four different decks to choose from, creating practically endless amounts of combinations to play around with) to vanquish them.

The game’s hub is reminiscent in layout of the town in Battle Chasers or Darkest Dungeon’s hamlet where numerous people give you quests and offer weapons, spells, runes, armor, and upgrades for purchase. This is clean and simple stuff, well-presented, with pretty if uninspiring hand-drawn art. The tone isn’t jaunty, but it isn’t especially horrific either. Music is solid and audio in combat nice and crunchy where appropriate.

The by-the-numbers story is told through snappy dialogue boxes. A little more depth here and maybe some narrative voice-over there would have gone a long way to add to the atmosphere and world, especially since none of the characters talk or interact to create any kind of bonds to make you really care about them when they perish. Nobody has any history or motivation or personality. But that’s not a deal-breaker, it’s just a design choice.

The RPG elements are extensive, and loot and coin are plentiful. Gordian Quest is very much a game that requires sifting through options, weighing up stats, and parsing numerous systems. Tutorials are virtually non-existent, much to the developer’s credit, with most things explained in the optional help menu. However, sometimes the information balance can be hit-and-miss. Some is told, some not at all; some is uncovered through playing, some remains a mystery to me. There’s much to admire for the pen-and-paper aficionado. Make of that what you will.

Gordian’s Quest is like digital Dungeons & Dragons. With all the individualization that you can bring to your party, from clothing to weaponry – though in-game costumes never change, which is a disappointment – decision events add some variety outside of combat where dice are rolled and modifiers are used to determine how your choices pan out.

Once More into the Grind

But the gameplay loop is addictive because it’s easy to get around the map and, if you want, there’s little downtime between clashes. And when I say loop, I could also say grind, as combat is really about learning through repetition, like anything, of course. Are you a grinder? You’ll like this. There is a good sense of progress, which is the main satisfaction.

Each fight allows for experimentation to best use your fantastically varied characters. The breadth of cards through the entire game is kind of breathtaking, and that selection, going hand-in-hand with the finite space on the battlefield, lends itself to a real need to learn how your team gels. And when it does, it is a great reward. Though the combat scenarios and enemy variety feel samey over time, chopping in and out of fights quickly helps maintain interest. Even on Hard, this is a pretty easy game which is maybe to its detriment insofar as it can engender complacency rather than vigilance, but if you die enough times and are honest, you’ll see that underestimating an opponent can spell disaster, as dead characters don’t come back (replacements do scale, thankfully).

With a campaign that will last maybe 30 hours, an endless mode to challenge you, and online PVP also on the table, Gordian’s Quest can hardly lose points for content. It’s got stunning replayability and certainly scratches a lot of very specific itches. It won’t reinvent the wheel, but, let’s be frank, neither will I.

Gordian Quest is available via Steam.

Watch the trailer for Gordian Quest below: 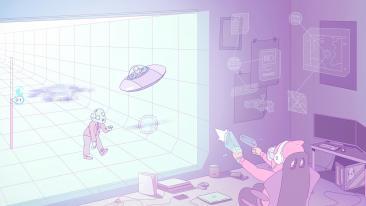 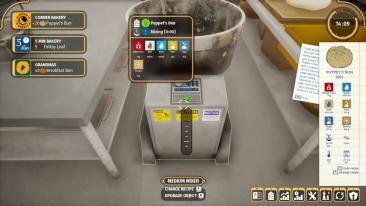 Bakery Simulator Review – Out of the Oven and onto the Road