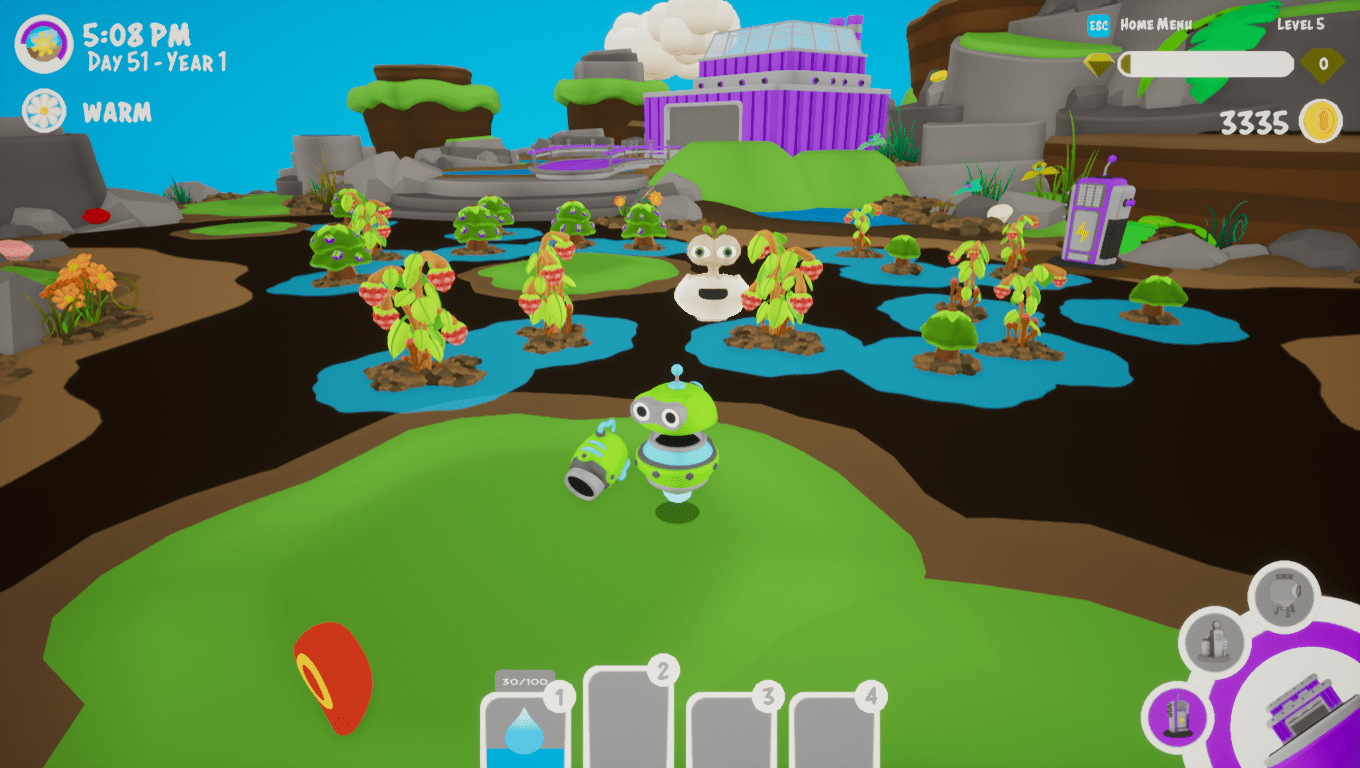 In Gooberries by Ryan Frank, you play as a robot who wants to grow various berry plants. Your goal is to plant them, sell the fully grown berries, and unlock even more berry plants to harvest.

There is a nice variety of plants to grow, from Strooberries that look like strawberries to Tangeroons, which are the tangerine equivalent. There are plenty of fruits here to make your terrarium look as colorful and lush as you want. 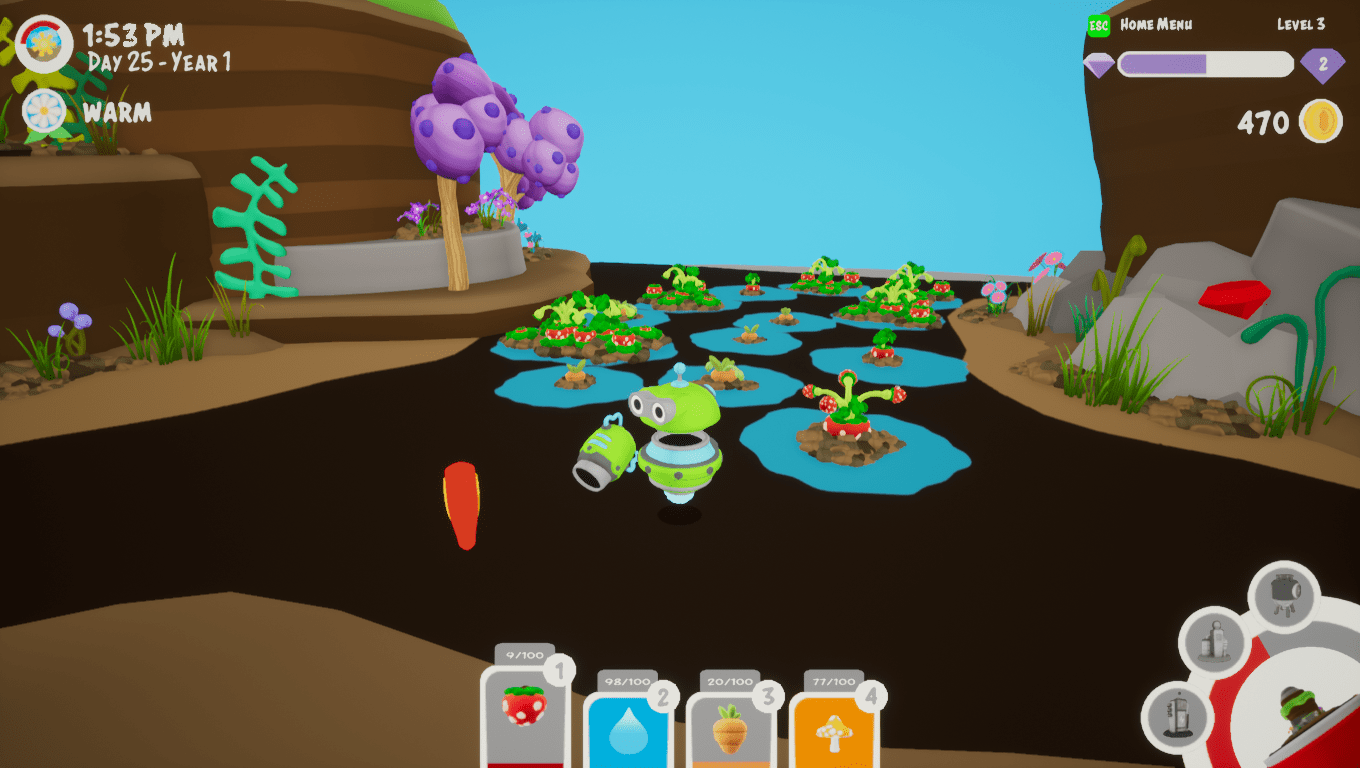 After planting, you must make sure to water plants every day to see them grow.

You also have to deal with spawning hungry Goobers, who will eat your plants. These things can be frustrating early on if you don’t have a lot of plants. Thankfully, they’re pretty easy to deal with once you realize you can just pick them up and chuck them into oblivion.

The game takes a more sandbox approach and is less rigid about what you need to do. There is some nice freedom here, and its approach makes it more of a challenge early on. While there are tutorial tips that got me started, earning money was hard early on until I got the swing of things.

The game also features a day and night cycle which can be sped up if you want a more frenzied experience. When it is fast, it is still manageable, and I found that it was easier to earn money this way compared to a slower day and night cycle.

In order to unlock more Gooberry plants and helpful automated machines, I had to earn money and Gems. Money in this game is best earned by growing berries and selling them, while Gems randomly spawn in terrariums. Pick up a certain amount of small Gems, and you’ll unlock a large Gem, which then can be used to buy or unlock things in the store.

Watering plants and dealing with Goobers every morning, then searching for Gems scattered about creates a nice gameplay loop. The Gem progression is significantly slower than making money, though, so expect unlocks to come less often.

Here, I feel the game could be a bit more balanced. Gems feel like they take forever to earn. I get that it’s designed this way, but there is so much to unlock! Every Gooberry plant and automated machine must be unlocked using Gems. I wish I had the option of using either money or Gems in the store. There are items in the store to unlock ways of earning Gems faster, but even then, it feels too much like a grind.

Hard Work Is Its Own Reward

There were times where I didn’t mind the grind. It was very rewarding to maintain my terrarium of a mix of berry plants, to see it grow into a little money-earning machine. Sure, it’s a grind to grow berries, but it feels fairer than the Gems in the game. I think that with a few more tweaks to the balancing and the more interesting gameplay systems, the Gem grind could be more fun. 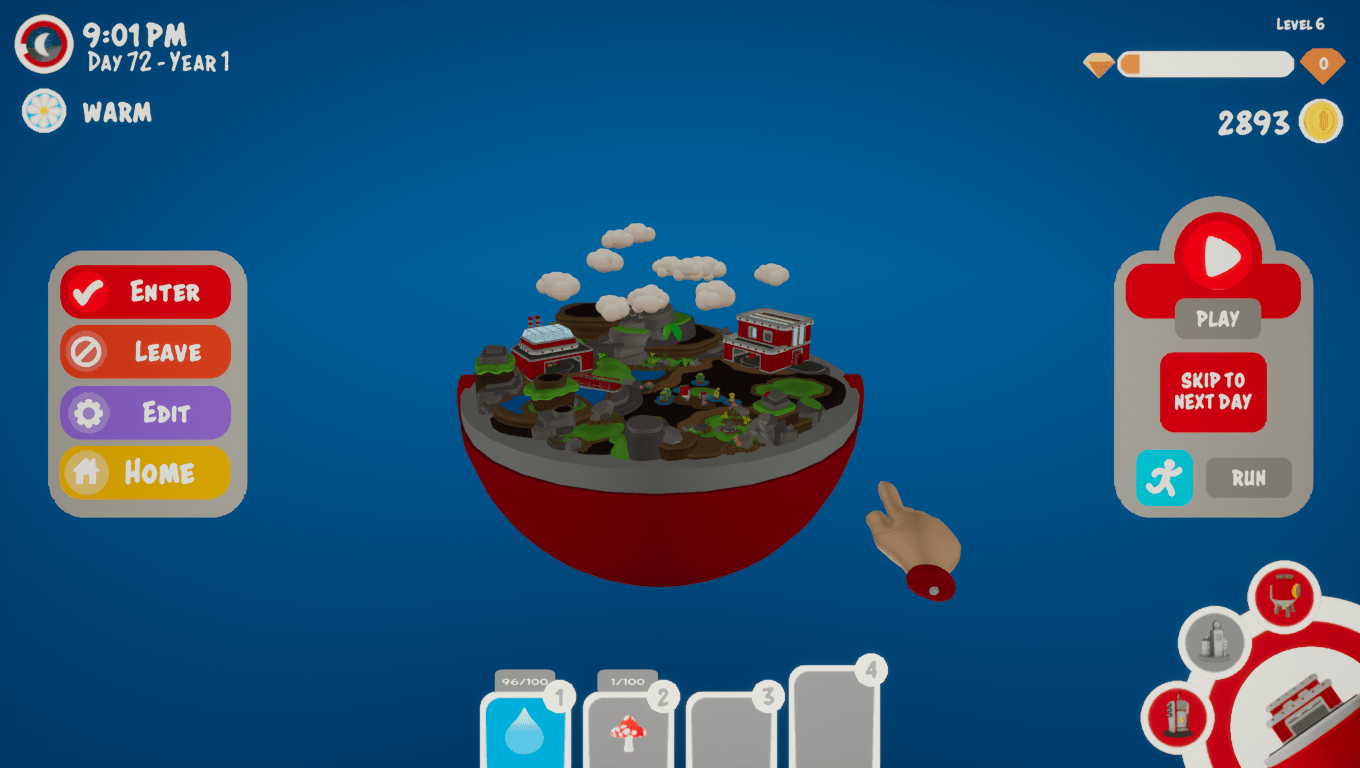 Besides my issue with the balancing, there isn’t much to unlock in the store that mixes up the core experience.

A total of five automated machines help mix the gameplay up by making things easier. For example, the aptly named Auto Feeder helps keep Goobers from eating your plants. There is also a machine that waters plants for you. These are nice additions and do mix up the game in slightly interesting ways, but not drastically so. I was hoping for a progression system that would make the game’s main gameplay loop more fun to keep me engaged.

I like Gooberries’ more simplistic art style, which helps create a more lighthearted experience. It makes the vibe of the game feel more joyful alongside the chill-inducing musical tracks in the game. I like the game’s art style. The robot you play as has a charming little bouncing idle animation. Even the Goobers look alien but cute; I almost feel bad about killing pretty much all of them.

One issue I ran across, though, is swinging the camera left and right. I had to be moving in order to do so, which felt a bit cumbersome. It added unwanted challenge in some situations.

If you like the sandbox style of farming games, keep in mind this one is smaller in scope than others in the genre. It lacks variety when it comes to progression and unlocks.

It’s a solid experience and its gameplay loop is enjoyable, but don’t expect it to keep you Gooberry-farming for long.

Gooberries is available via Steam.

Check out the official trailer for Gooberries below: 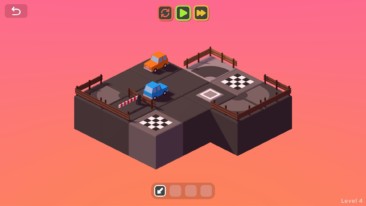