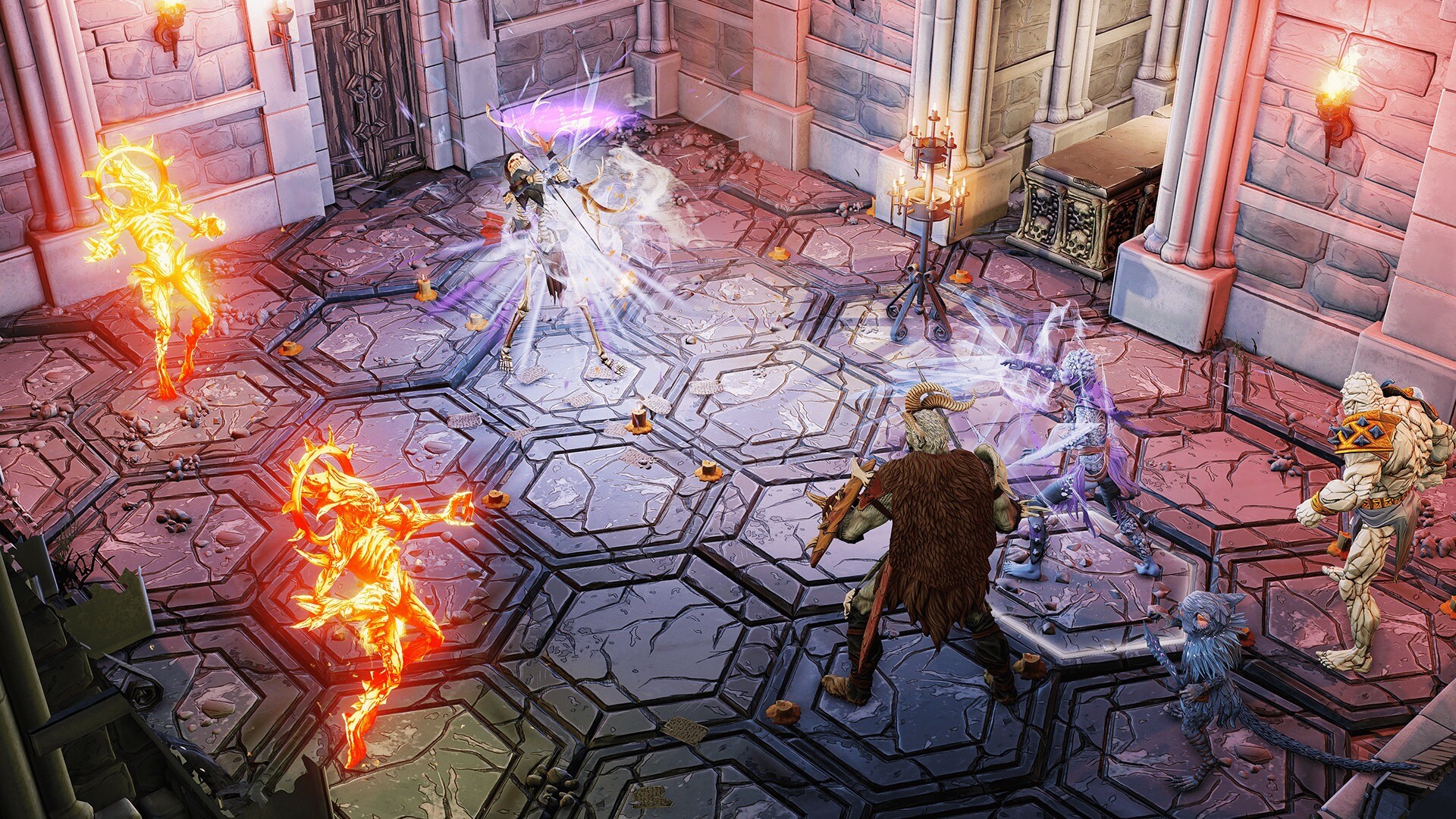 If you’re even a casual fan of board games, chances are you’ve heard of Gloomhaven by now. Originally funded on Kickstarter in 2015, the game has gone on to become a legitimate phenomenon. Between countless awards, numerous reprintings, a prequel game, and even a sequel game due in the near future, this hulking masterpiece of a board game is beloved worldwide. Even six years later, it’s still the top-ranked game of all time on aggregate site and forum BoardGameGeek.

So it seemed all but inevitable that publisher Asmodee would invest in a video game adaptation. After a lengthy Early Access period, the final version is out. But is it any good? 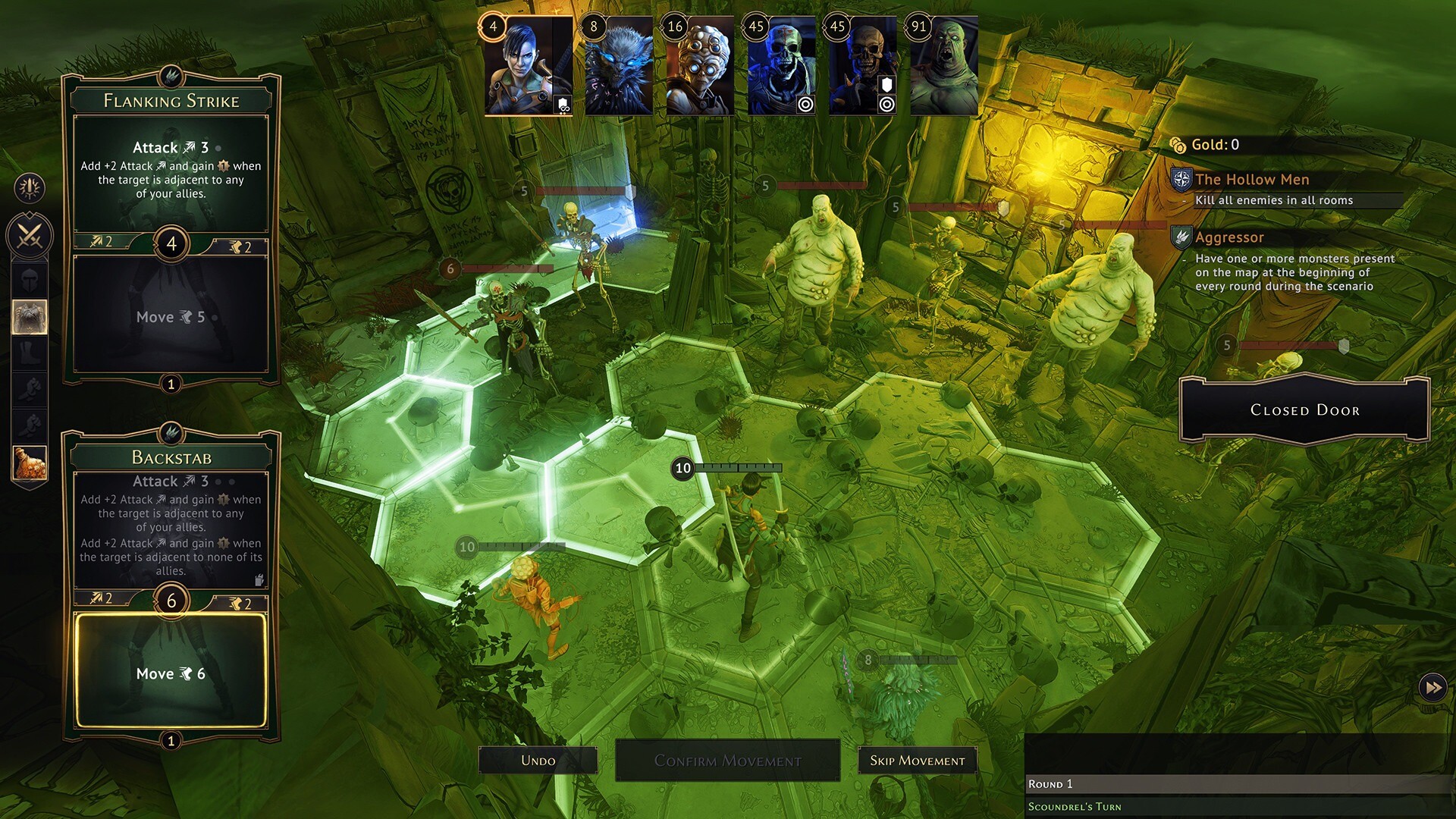 Gloom and How It Gets That Way

Gloomhaven’s never been about the story, and the game doesn’t seek to change that. A band of mercenaries find themselves in the land of Gloomhaven seeking fame and fortune. Once your party is assembled, your goal is to crawl through dungeons, kill anything that moves, and loot anything shiny. You’ve almost definitely played something with this premise before. 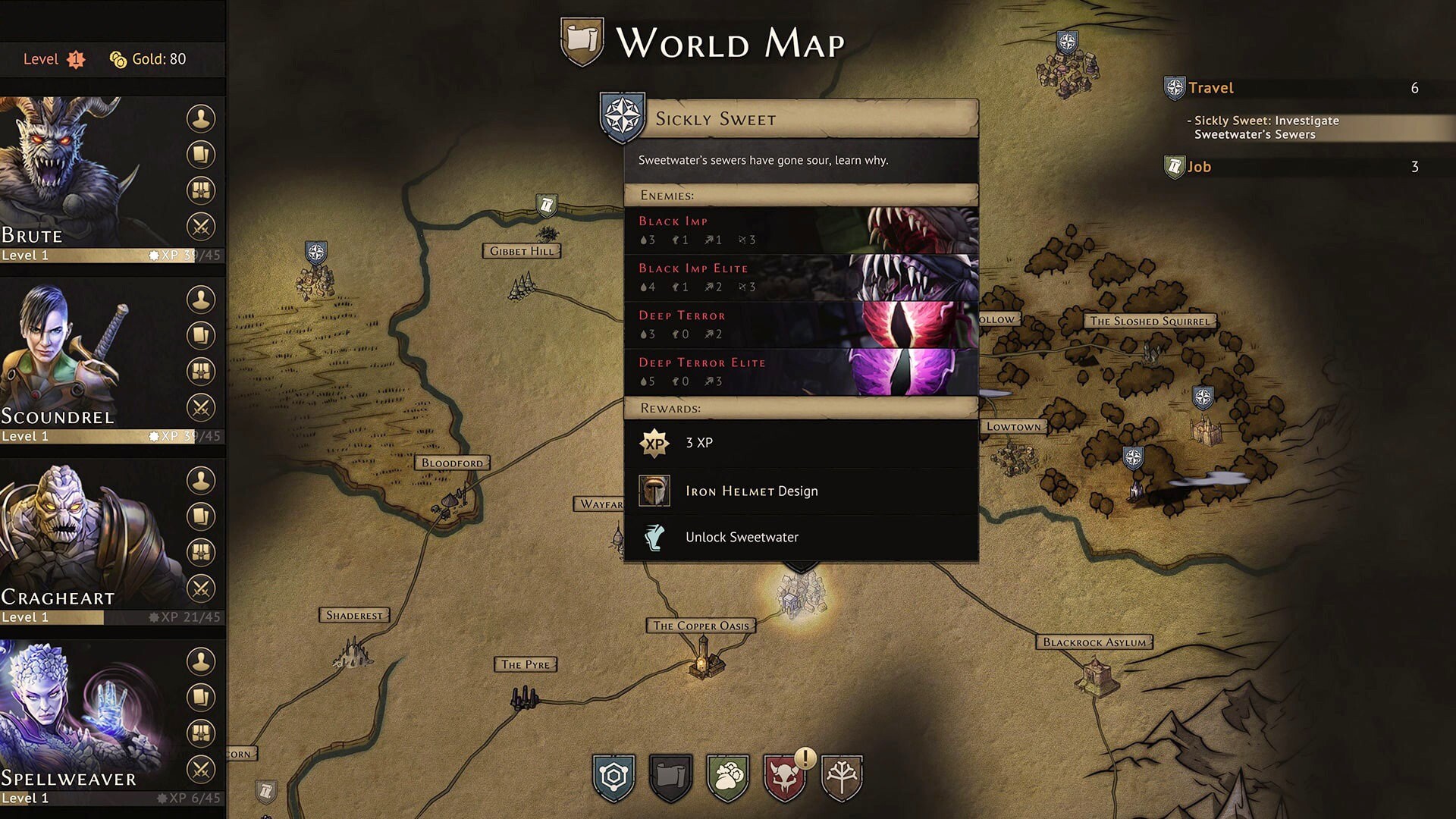 What is novel, though, is Gloomhaven’s moment-to-moment gameplay. All actions in the game are performed with cards, which you draw two of each round, and each has two actions, which determine things like movement, attack strength, buffs, and special abilities. However, the catch is that using the top action of one card means you’ll have to use the bottom one of the other, or vice versa.

Not only that but after you’ve used all your cards and reshuffled your hand, one card at random is removed from the deck for the rest of the dungeon. Lose all your cards, and that character is out of commission. If the entire party loses their cards, it’s game over. 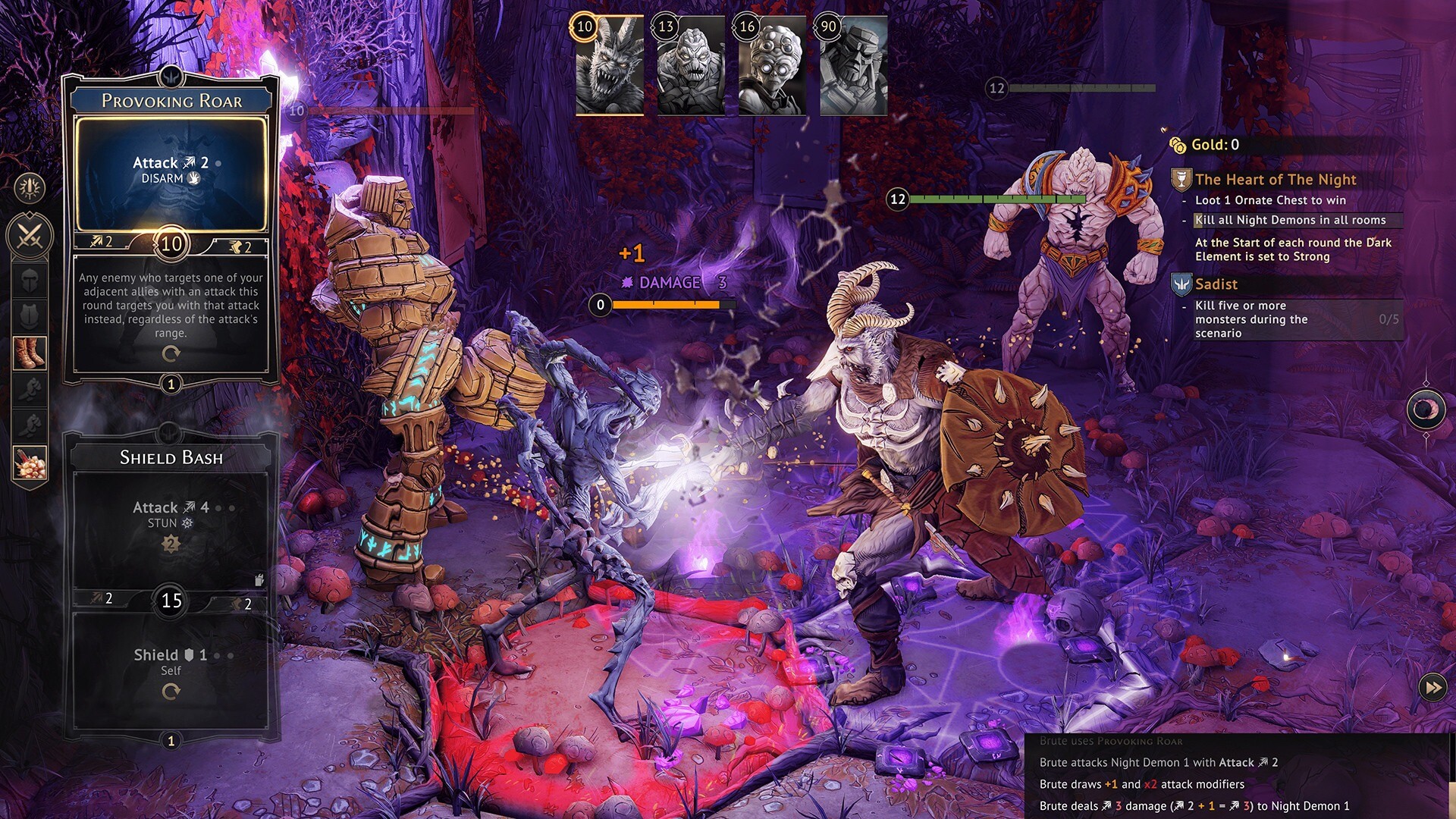 This card economy has always been the beating heart of Gloomhaven, and it remains just as tense and compelling in the video game version. Every decision you make in the course of the game feels risky but potentially rewarding. It also keeps the pace moving well as you’re constantly fighting the clock.

This system would be wasted if Gloomhaven’s combat and exploration weren’t fun to engage with. Thankfully, that’s not an issue. Every encounter is a chance to both see what fresh hell awaits you beyond the next door and to see what ridiculous ways the characters can combine their powers. In fact, the characters themselves are just as much fun to discover as the combat. There’s a whopping 17 to discover, meaning you have plenty to try. 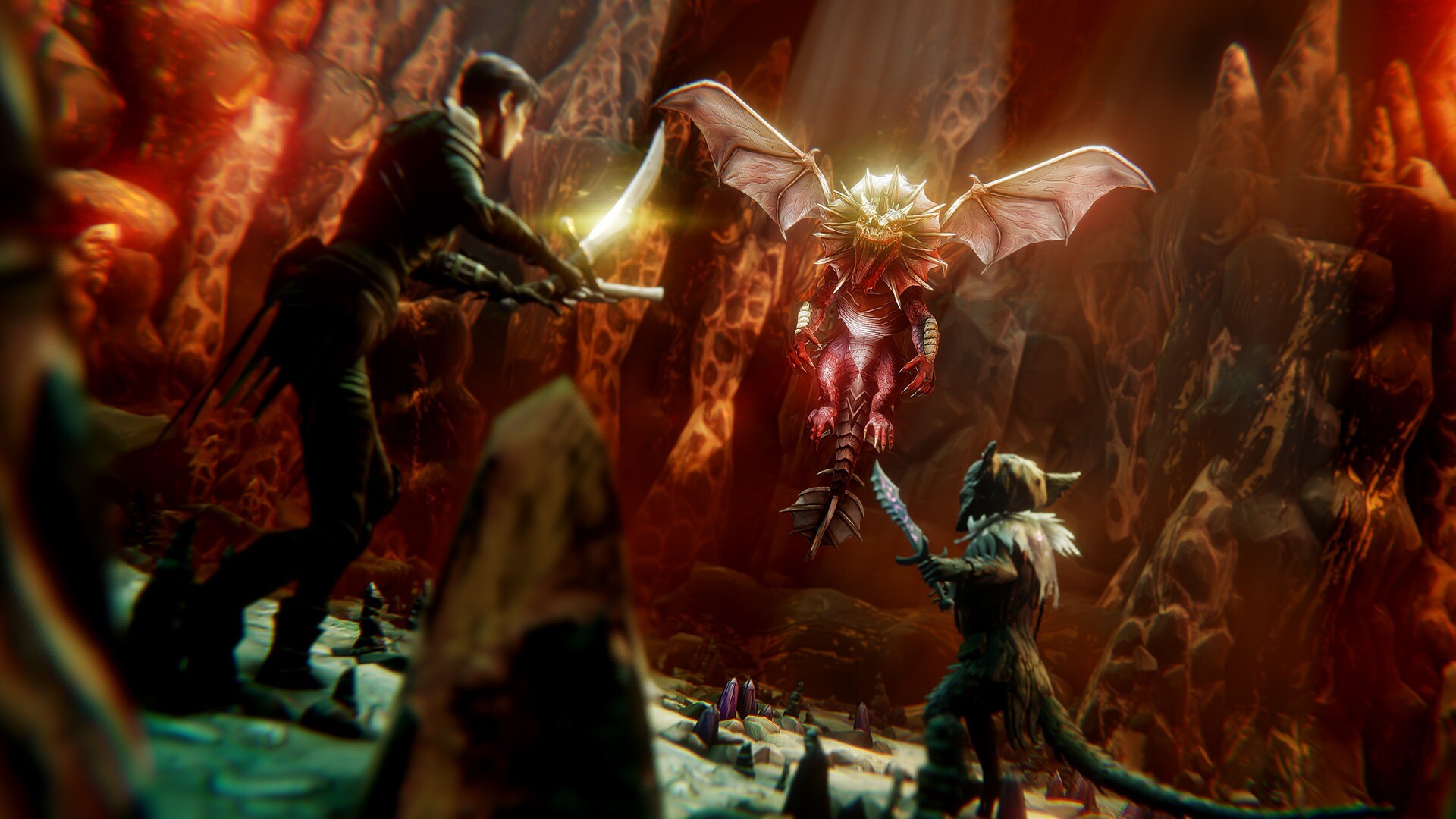 So far just about everything I’ve said in this review could easily be said about the board game. So the question still remains: how is this digital adaptation?

In a nutshell? Fantastic but maybe just a touch less special. Flaming Fowl Studios have done a masterful job converting the tabletop experience to a digital one. The game’s art direction and production all echo the aesthetics of the board game and bring them to life. Also, anyone who’s played the board game will tell you the worst part is the immense amount of setup that has to be done for each scenario. Here that’s all taken care of by the game itself, and I don’t miss searching that massive box for a single tile at all. 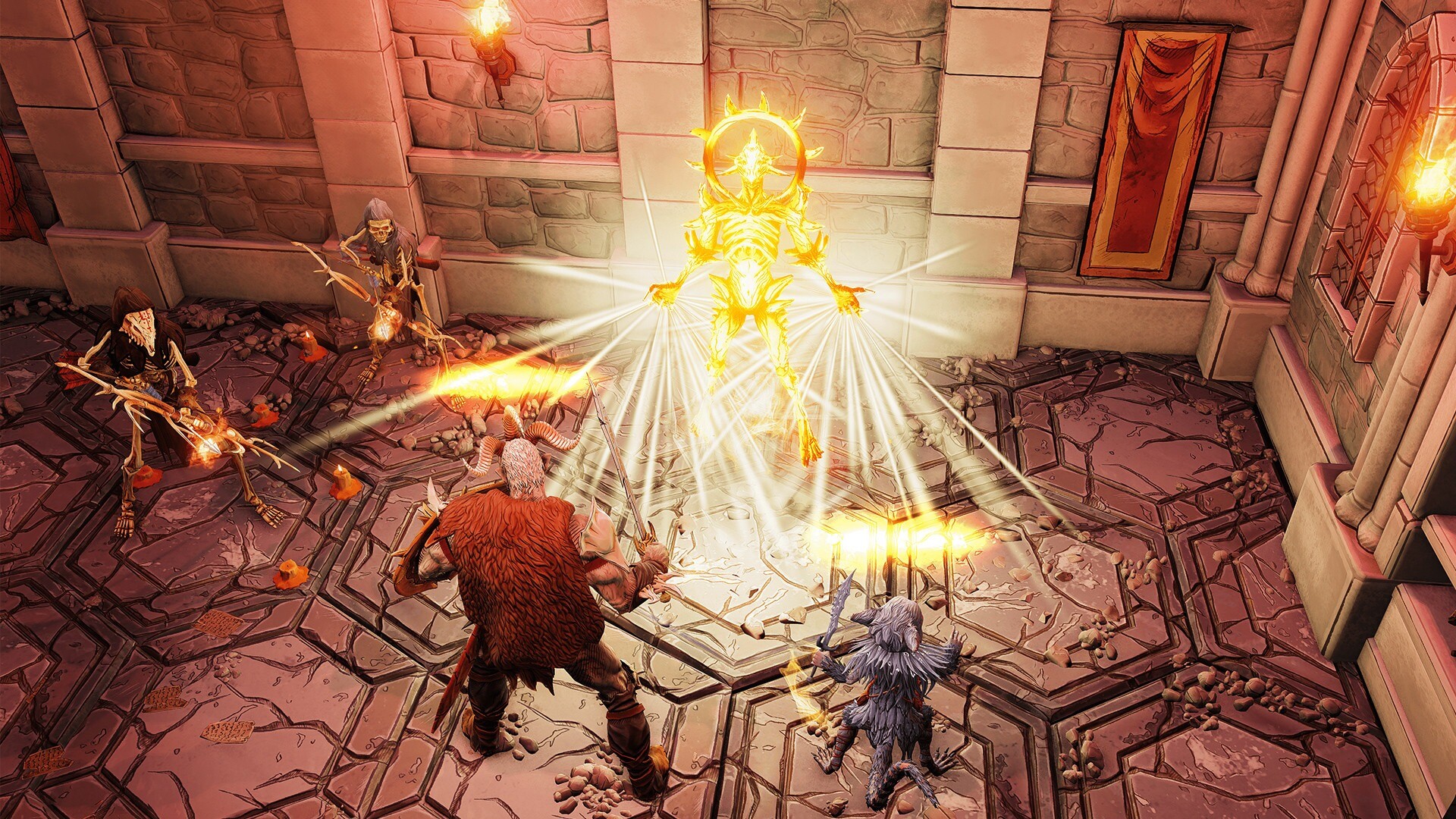 The PC version also includes a frankly staggering amount of content to play. In addition to the original game’s sprawling, 85 mission-long campaign, you also get the brand new Guildmaster adventure. This sees you controlling a group of adventurers yourself as opposed to one per player, and features all-new missions to cover. Oh, and you can either host a campaign online and invite people to play or even join an open one that others have put up. 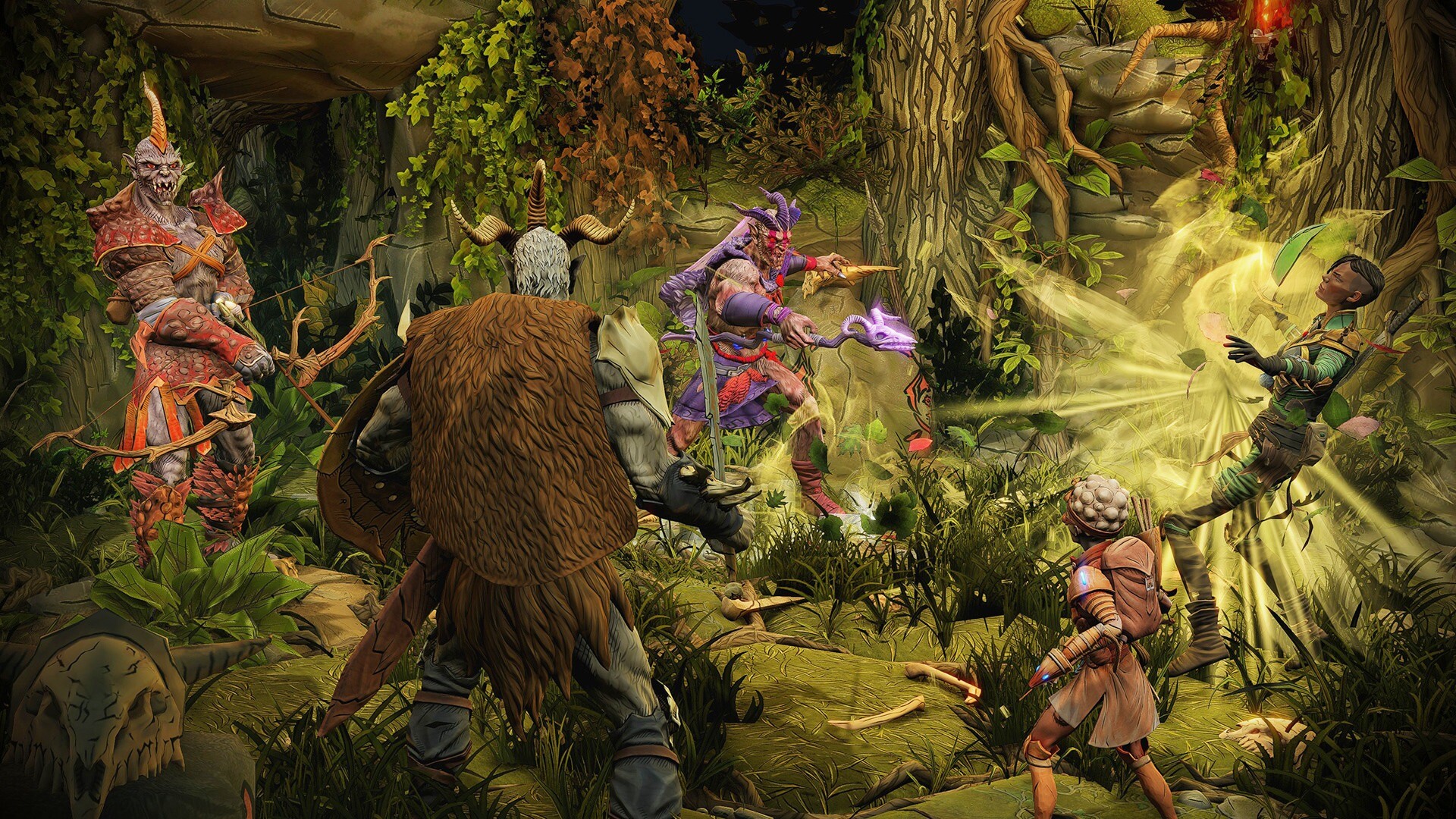 This all makes for a fantastic package, even if some missions are ultimately more interesting than others. However, I will say that part of me did feel that something was lost in the transition to digital. Gloomhaven is partially such a novel board game because of the way it brings a lot of big ideas and video game concepts to the table. While the PC version streamlines a lot of this for the better, I ultimately did still miss having these sprawling dungeons unfold in front of me and my friends.

This is a nitpick at best, though. A stellar board game has gotten a rock-solid digital adaptation for a fraction of the price and time investment needed. That alone is more than enough reason to heartily recommend it. Now, Asmodee, if you’re listening, please make Jaws of the Lion as an expansion. I’d do terrible things to play the Guildmaster campaign with The Hatchet in my party.

Gloomhaven is available via Steam and GOG.com.

Watch the trailer for Gloomhaven below: 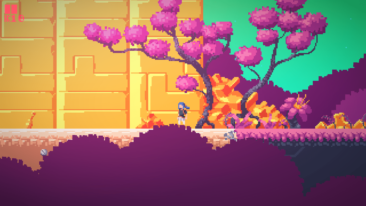 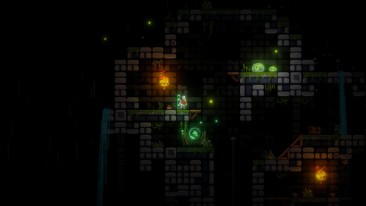